Posted on January 12, 2012 by kissmybroccoli

Wow, it feels so good to know I’m not the only one with days where I could chew my own arm off every few hours. Hmm, I would almost go as far as to say I’m normal. Well, in the best food blogger sense of the term anyways…we can only be so “normal”…I mean, c’mon, we take pictures of our food! 😉

There’s been a lot of things lately that I’ve been loving…and a few things I would rather do without, so I thought I’d share a few! 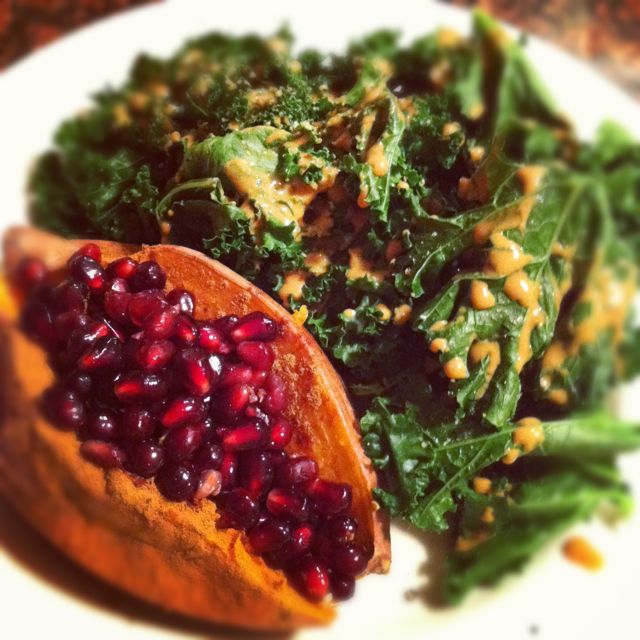 First of all, I have to start with KALE!

I bought some at the farmer’s market in Nashville when I was down there a couple of weeks ago and #1, it was still perfectly green and crisp when I pulled it out of the fridge the other day and #2, it’s been making for some dangerously delicious dinners (whew, say that three times fast!)

Above is the dinner I made for myself on Tuesday night: baked sweet potato with coconut oil and pom arils with steamed kale drizzled with peanut flour nooch sauce (2:1 peanut flour to nutritional yeast, water to thin, and just a drop of maple syrup to sweetened up the party) 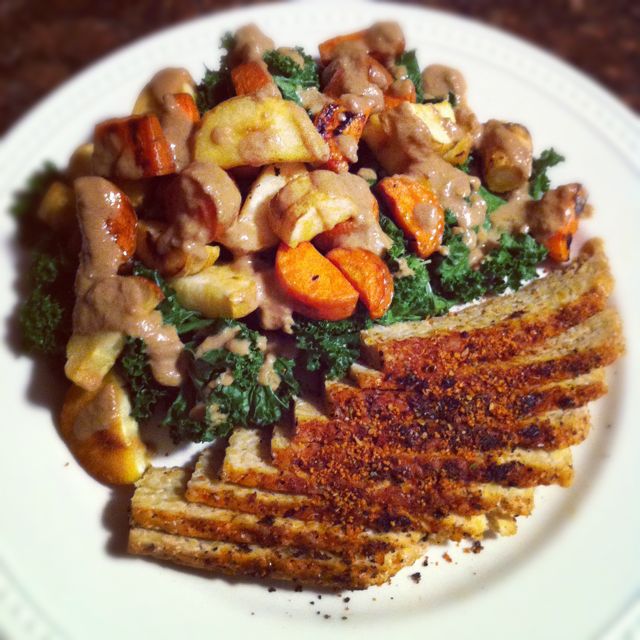 And then this was last night’s meal: BBQ tempeh (pan-fried in olive oil) with more steamed kale, but this time topped with roasted parsnips and carrots and covered in sunflower seed butter sauce (SSB thinned with water)

And yes, in case you haven’t figured it out by now, about 85% of my meals involve some sort of sauce or dip…there’s just no other way to eat! 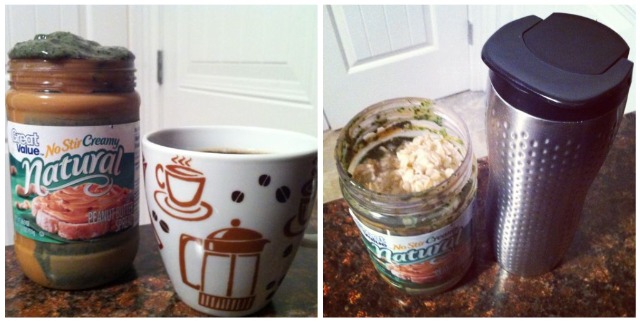 *From my experience, it’s better to steam the kale first so that it breaks down better in the smoothie…unless you like getting green leaves stuck in your teeth…I hear that’s really sexy in some countries! 😉

Combine all ingredients in a blender (or food processor) and liquify…best served in a near empty peanut butter jar…. 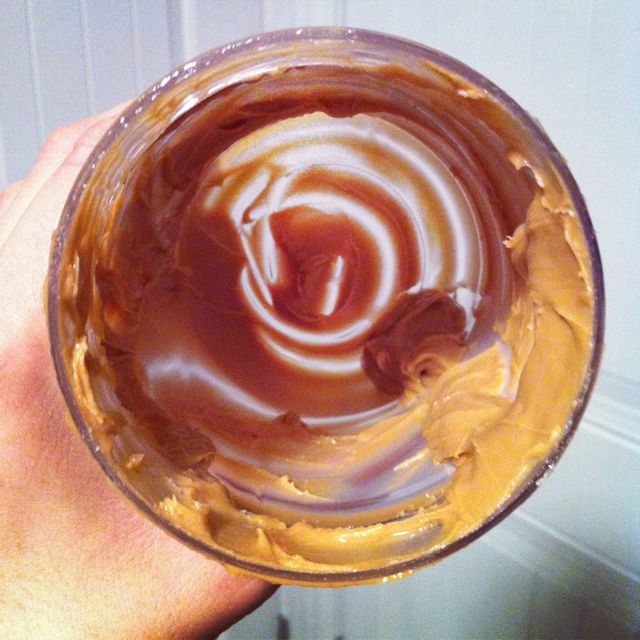 And eaten with a mixing spoon or spatula…

Leave no green bit behind!

None food related, I’ve been loving the progress that I can see I’m making in my FLEXIBILITY! 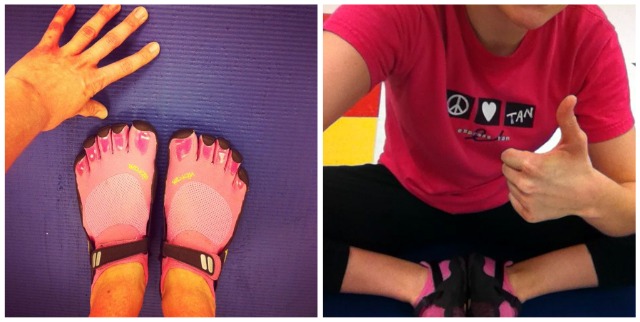 Not only can I almost get both my palms on the floor in a standing hamstring stretch, but I CAN get my thighs to touch the floor in a seated inner thigh stretch! I’ve been trying to get to the yoga classes that my gym offers more often and I can definitely tell a difference!

And to think, a little over a year ago, I couldn’t even touch my toes!!

What I’m not loving? 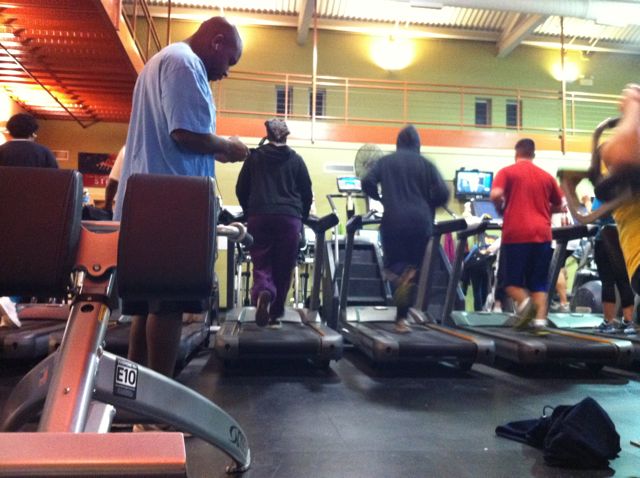 The gym has been IN-SANE since the first of the year! I wish the ones who know they’re not gonna make it last would just go ahead and give up before March and give me back my frickin’ treadmill!*

*Let me just say that I am a strong advocate in changing your lifestyle for the better, but c’mon, you know all these people aren’t gonna be here in a couple of months!

I was just thinking this morning how lucky we Tennesseans have been lately for all the fantastic weather we’ve been having lately. I went for a fantastic run last Friday and it was…wait for it…63 DEGREES! In January!

Well, this morning when I got to work, it was a bit on the chilly and rather gloomy side: 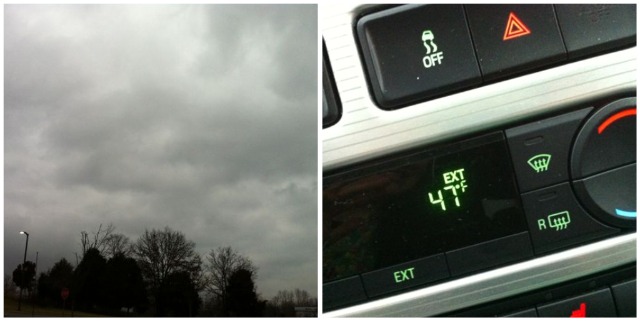 But I thought, “Hey, it’s still not bad for the middle of winter.”

Well, that was NOT the case when I left work this afternoon: 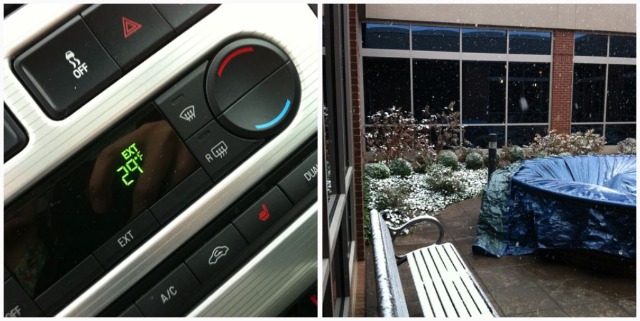 But get this, with the wind chill, the weather report stated, “Feels like 19!!!!”

Annnnd just because I always like to end on a happy note, I wanted to show you guys a little gift that one of our receptionists received from a friend today: 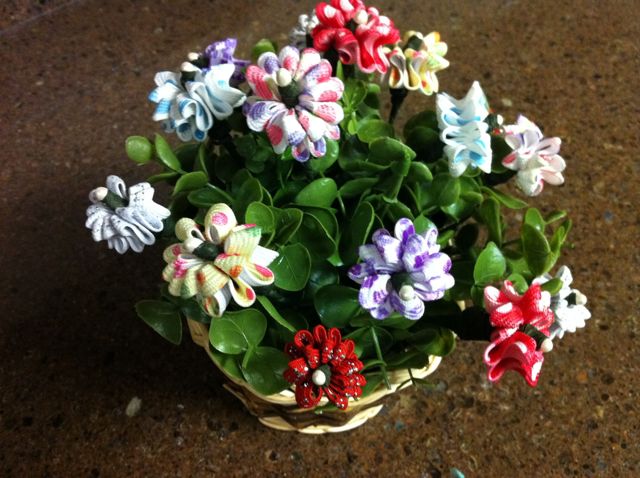 The flowers are made out of shoelaces!

Is that not the cutest thing ever? I can’t wait to search for it on Pinterest! 😉