“Beet” Me Baby One More Time

As always a big THANK YOU goes out to Jenn…the hostess of our weekly drool-fest! Be sure to stop by Peas & Crayons and see what DELICIOUSNESS she and everyone else has linked up this week!

So why don’t we get started with the very FIRST thing I ate today? 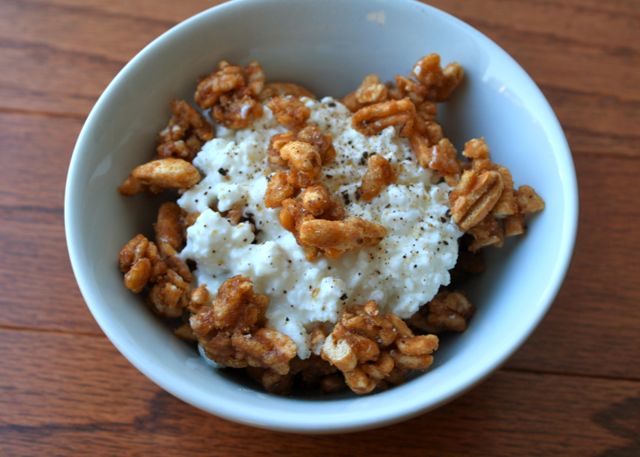 Cottage cheese topped (and bottomed) with my latest kitchen failure.

I was going for a crispy peanut butter cereal bar, but unfortunately I ended up with soggy cereal crumbles coated in peanut butter. And well, since no food goes to waste around here…yeah, I’ve been eating them like every day! Lol

Four hours later, I was off work, exhausted AND STARVING! All I wanted was to stuff my face and and then dive head-first under the covers in a matter of minutes. So I mixed up a quick bowl of oats mixed with my GNC casein protein, threw on some toppings, snapped a pic, and did just that! 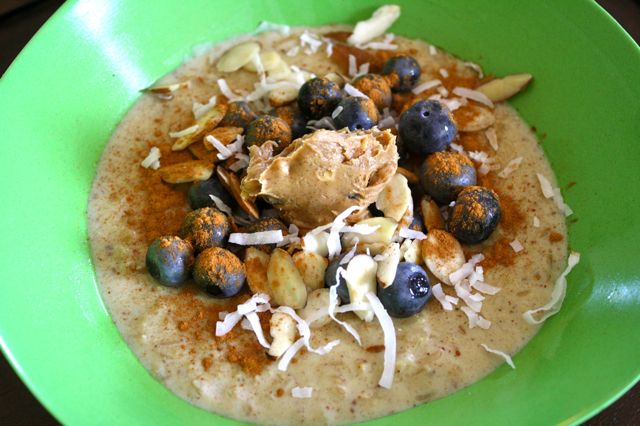 But not just ANY peanut butter… 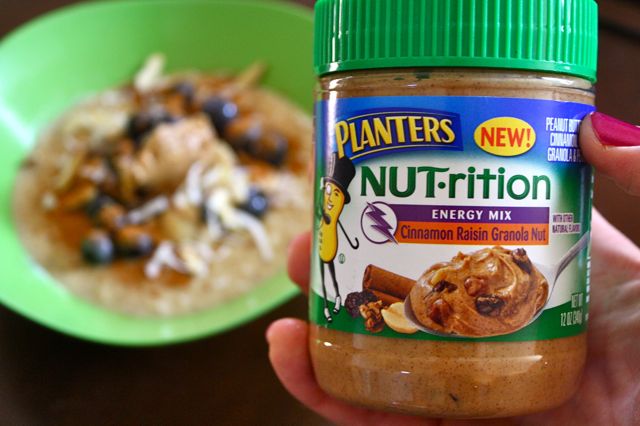 Mr. Peanut himself contacted me about a week ago and said he’d LOVE for me to try the newest of the Planter’s peanut butter line, Nut-trition Cinnamon Raisin Granola Nut! Flattered, and swooning of course (over the thought of the pb, not the cartoon nut),
I graciously accepted and it arrived on my doorstep in a couple of days.

Although it has a few more ingredients than I would like, it really does have an amazing flavor! And with all the bits of crunchy granola and squishy raisins, it was like a party in my mouth!

When I woke up later in the day, I had what I like to refer to now as my
“Morning Cocktail“ 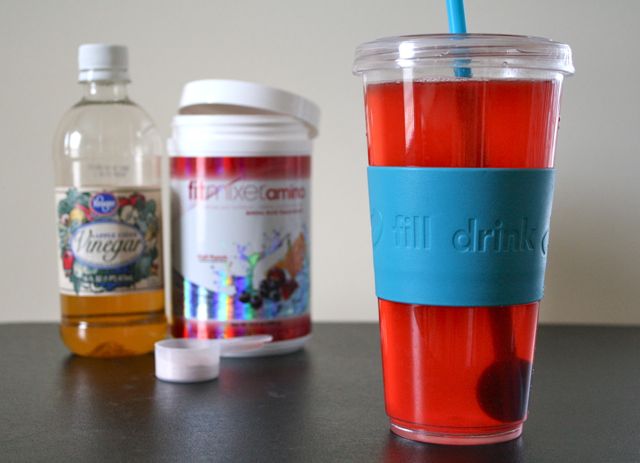 Fitmixer aminos + apple cider vinegar…TWO WEEKS people…that’s how long it’s been since I’ve had a single cup of coffee! I still can’t believe it!

After a bit of house cleaning, errand running, and a quick shoulder workout at home, it was finally time for some lunch!

Being a little hot and sweaty from the aforementioned activities, all I wanted was something cool and refreshing… 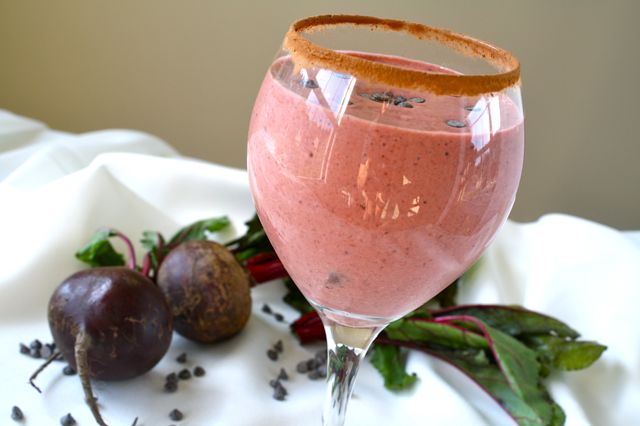 I know, I know…first Sunday’s pancakes, then yesterday’s parfait…I just CAN’T stop throwing beets into everything lately and today was no exception with my newest creation, a Red Velvet Cake Smoothie!

Sorry, I’m not sorry…for the beets OR the shameless use of Britney Spears references! 😉 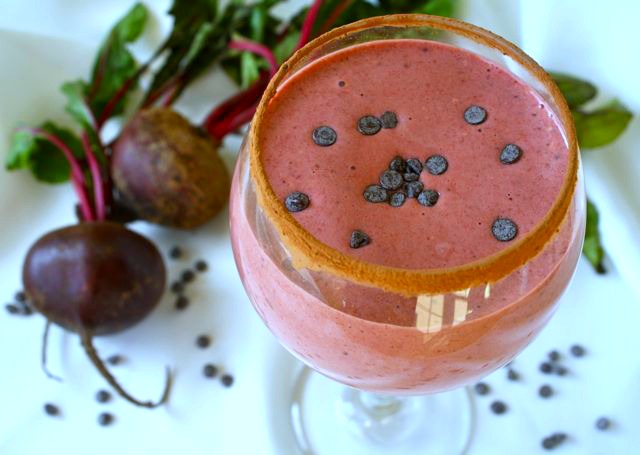 Everything you love about the taste of red velvet cake…only in sippable form!

On the way to work, I snacked on a delicious Asian pear from my local farmer’s market… 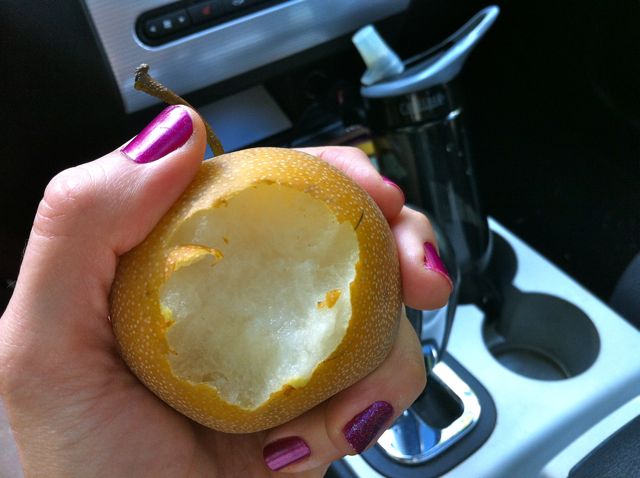 Nothing like a ripe juicy pear…as in I had juice all over my hand, arm, and lap…note to self, restock Elvira’s supply of paper towels! 😉

For dinner, I was going to have the last Lauren’s Beet Burgers, but since I know I’m already bordering on “beeting” you guys to death, I decided against it. After a few minutes of throwing things around in the kitchen, I ended up coming up with something a little new, a little different, and a whole lotta cute!

Wait, can food be cute? 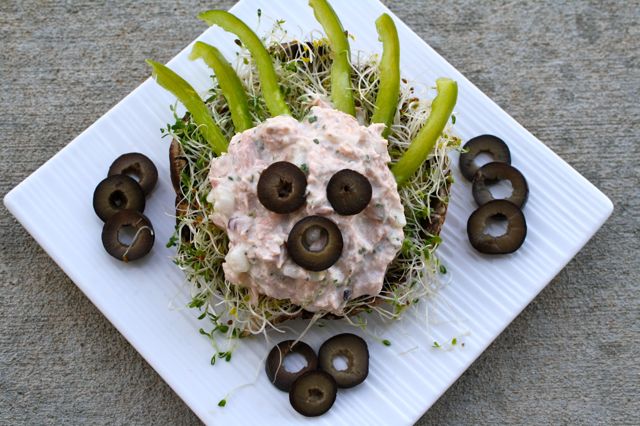 Well, this guy can!

I still need to work on the ratios in the tuna salad, but hopefully I can post the recipe for you guys soon…I promise not to add any beets! 😉

Until then, you’ll just have to make this smoothie!

1. Combine all ingredients in a blender and puree until smooth.
2. Spoon out a bit of cocoa on a small plate. Dip the rim of your glass in 1/4 inch of water and then press the rim down lightly into the plate of cocoa.
3. Top with mini chocolate chips.

Are you a coffee drinker? Would you ever intentionally consider going without?
I swear I never thought I could until now!

48 Responses to “Beet” Me Baby One More Time