Posted on February 11, 2013 by kissmybroccoli

I am LOVING the response to yesterday’s #strangebutgood pancakes…you guys really didn’t see that one coming did ya?

So how was your weekend? Was it good? Was it great?

Join Katie, me, and whole DIVA bunch as we start the week out right! 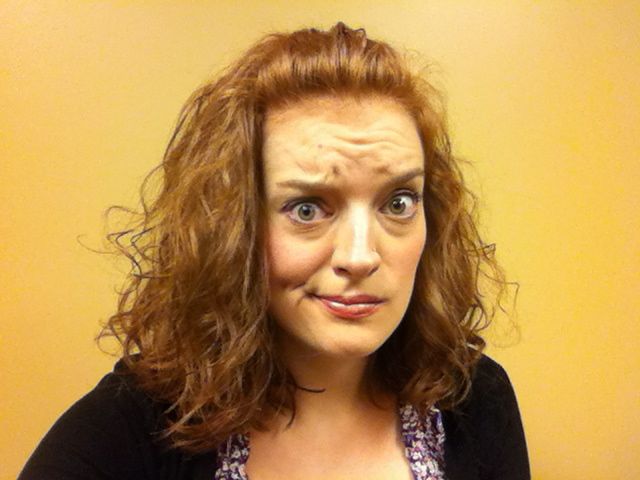 Nope, I started my weekend with an appointment with the orthopedic to go over the results from the MRI on my knee..which meant… 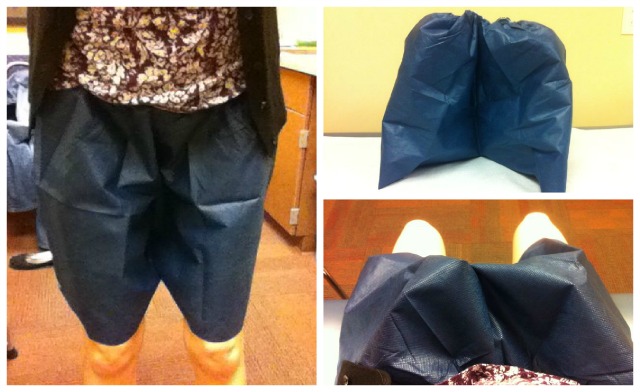 It was paper pants time!

Of course my sense of humor died right about there. 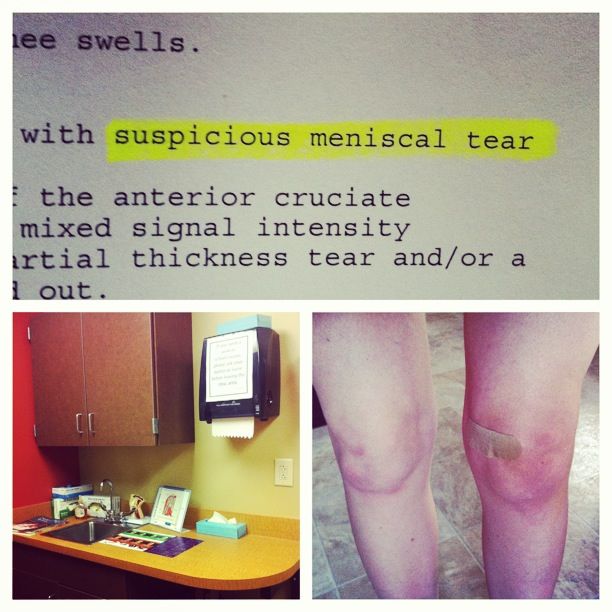 The doctor informed me that I have a torn lateral meniscus. I had two options at this point…schedule and arthroscope to evaluate the extent of the damage and “possibly” (no guarantees) repair the meniscus OR get an aspiration (where they drain the fluid off) along with a cortisone shot and take it from there.

The pain I was in was so frustrating…it had gotten worse the last few days before the appointment and I was SO tired of limping around so I decided to take the less invasive (and faster) approach and agreed to have the aspiration and cortisone.

And that my friends was the most excruciating pain I’ve felt in a LONG time! They numbed the skin before placing the needle, but as they started to drain the fluid, I swore they had stuck the needle THROUGH my knee cap and was sucking the bone out! They were able to get a significant volume out and then administered the shot (which only hurt HALF as much as the first part!), but it remained swollen, red, and painful the rest of the night.

After a fitful night’s sleep (yeah, remember that bout of insomnia I mentioned?), I woke up feeling only a little better, BUT luckily the man-friend new exactly what to do to cheer me up!

We met up with some friends at J. Alexanders (first time for me) and I ordered the Croque Madame: Toasted French bread stacked high with shaved ham, Gruyere, and a PERFECTLY fried egg on top!

Omg, you guys…it was a cheesy, yolky HEAVEN! 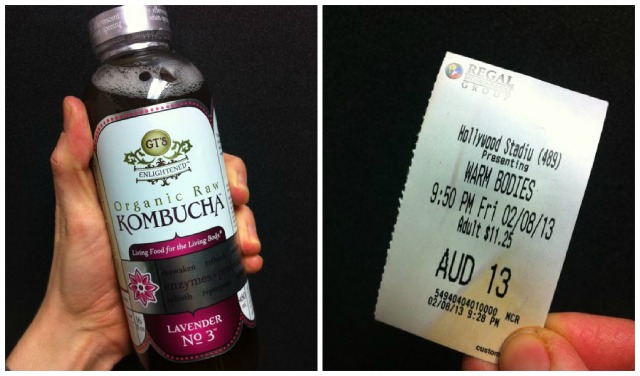 After dinner, we headed to the theater to catch a movie we’ve been DYING (haha, get it?) to see, but not before stopping in Whole Foods and picking up a little something to help Heather digest all that glorious (yet heavy) cheese! 😉

The movie was awesome…we were rolling the entire time…and the kombucha was perfect! First time trying this flavor and I LOVED it!

The next day, the man-friend came over bearing gifts… 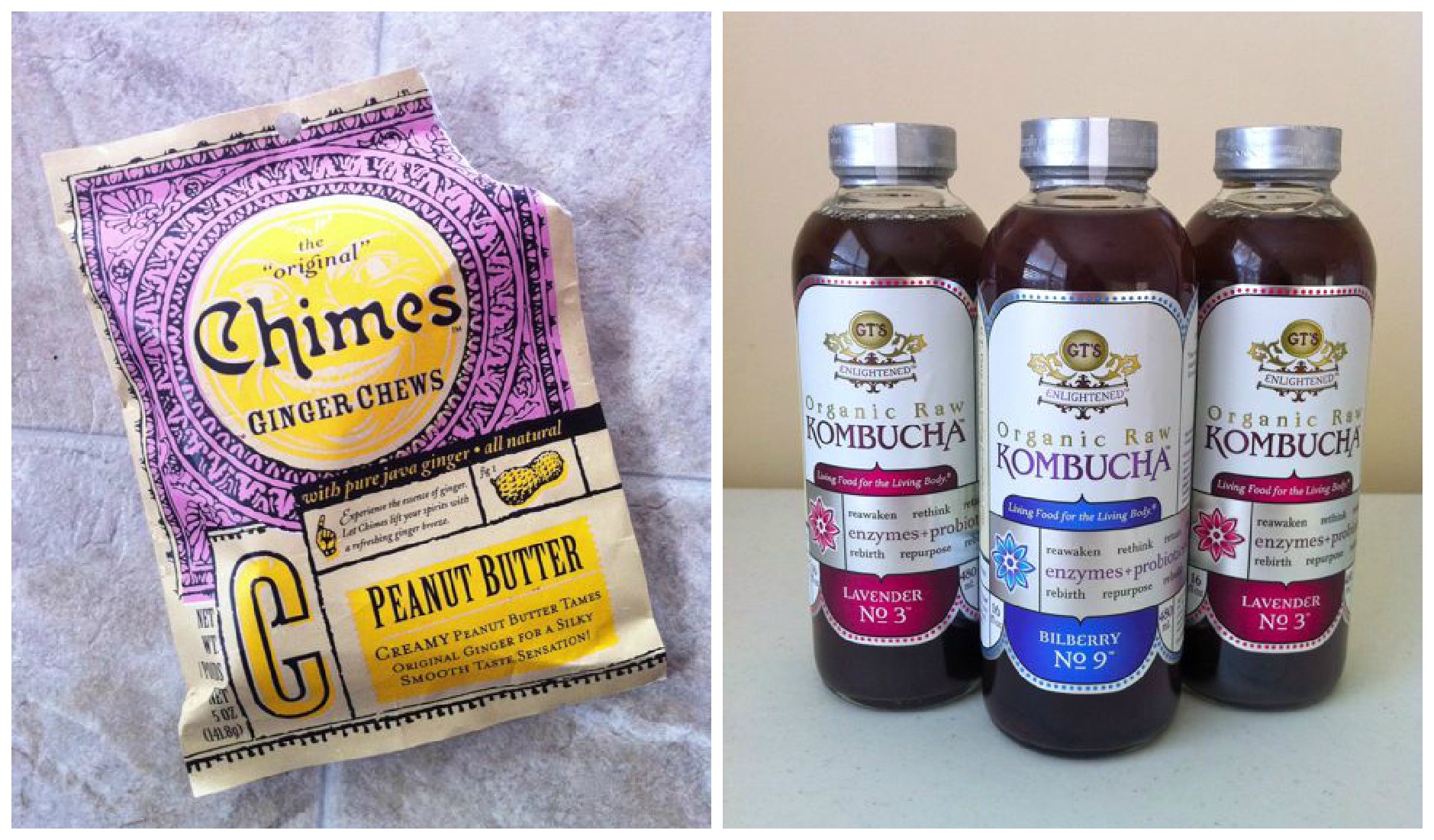 And contrary to how it appears, I do not have a stomach bug…

But I DO have a couple of new obsessions! 😉

After falling in love with the mango ginger chews (and proceeding to demolish my bag in less than a week!), I was on a mission to find more and he just happened to spot these peanut butter ones at TJ Maxx the other day and KNEW I would flip for them!

After the I got over my giddiness, we had a quick lunch… 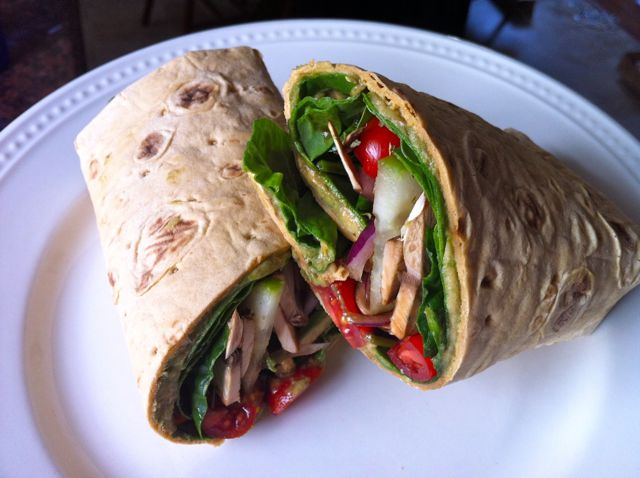 Loaded veggie wrap with hummus and avocado for him. 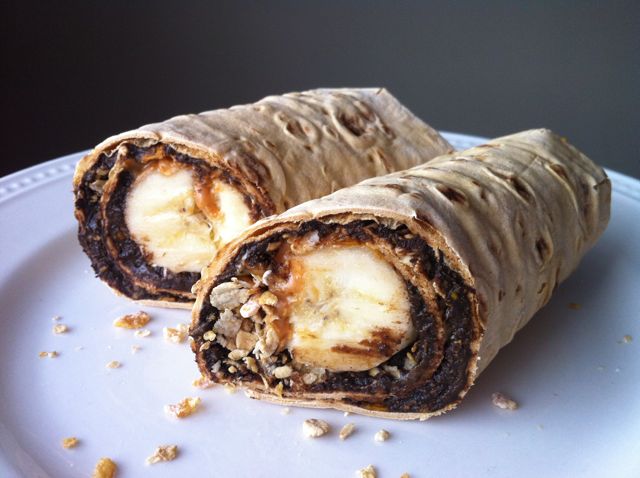 And fruity, chocolate-y masterpiece for her! 😀

Absolute HEAVEN! Stuffed with chocolate eggfruit pudding, crunchy coconut peanut butter, banana and cereal crumblies…it seriously had my eyes rolling into the back of my head with the first bite! Lol

After we were properly fueled, we rolled up our sleeves and got down to business…

Hey, get your mind out of the gutter 😉

We had WORK to do! 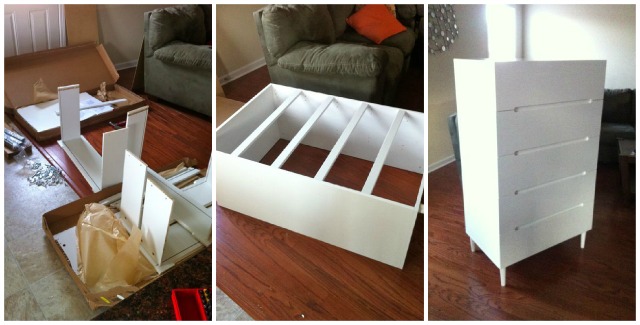 IKEA dresser building for him. 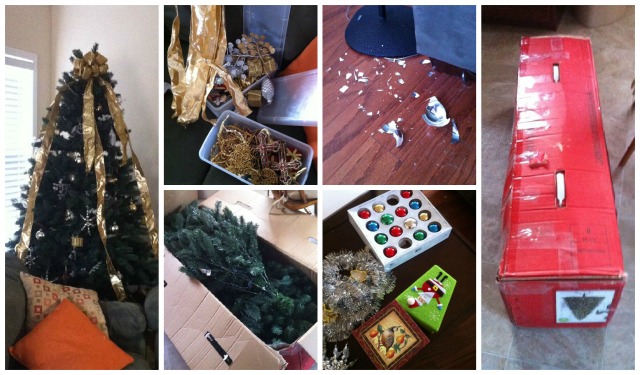 And Christmas tree takedown for her!

In the box AND sealed…oh yeah, I totally dominated that evergreen! And that was WITH a bum leg! Oh and just for the record, I hammered TWO whole nails into the dresser! Ha, how’s that for contribution? 😉

After all that, we managed to work up quite the appetite and were pretty tired… 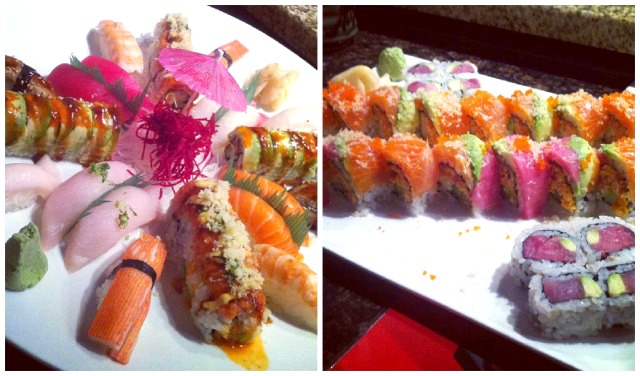 Sushi to the rescue! 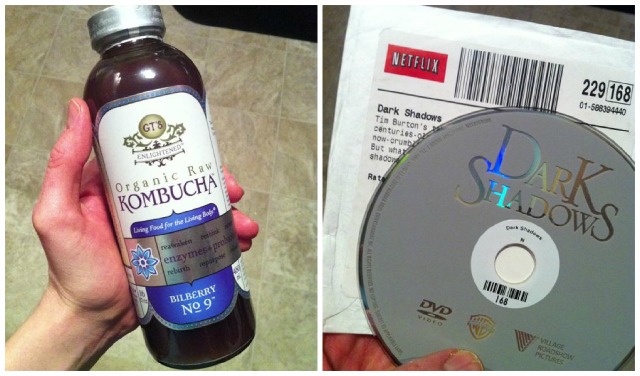 The lavender was better (so glad I’ve got two more) and the movie was just…ok, but it was the company that mattered most! 😀

Yesterday I woke up and was surprised to find my knee feeling MUCH better! It’s still a little swollen and I still have to be careful with side-to-side movements, but it’s a VAST improvement from how I felt on Thursday!

Must’ve been the healing powers of the kombucha! 😉 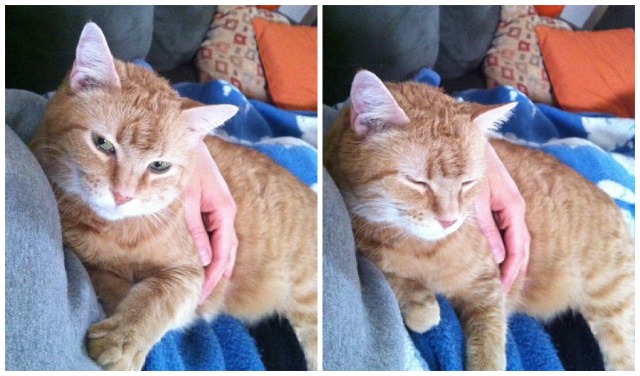 Or the early morning kitty cuddles! <3

What was MARVELOUS about your weekend?

Have you ever tried kombucha? What’s your favorite flavor?

57 Responses to A Marvelously Healing Weekend