You guys are absolutely incredible!

The outpour of support via comment, email, and text over the last 24 hours regarding yesterday’s “coming out” post has had me on an emotional roller coaster all day…seriously, my heart has been touched in more ways than I could ever express.

And since I know you are all still waiting on the edge of your seats,
why don’t we pick up where we left off…

So I’m not exactly sure when the (food) scale made me it’s b!^$#, but I do remember the first time I weighed out a salad… 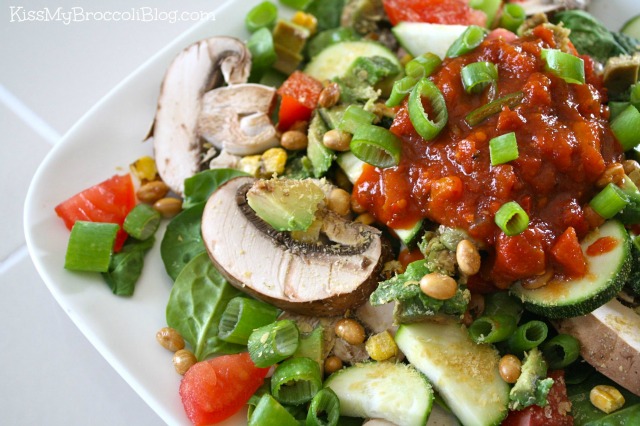 I still think “salad artist” should be an acceptable resume addition! 😉

Up until a certain point, I was fine with just throwing veggies on a plate and simply measuring the “big ticket” items (cheese, avocado, nuts, dressing) but one day that just wasn’t enough…I wanted my numbers to be perfect…everything had to add up just right.*

*Odd since I never even liked math when I was in school.

But it was kinda fun at first…like a game…or a puzzle! Plug in the numbers and out pops your prize…wait, where’s my pony?

But then my handy dandy OCD kicked in…whatever I ate had to be EVEN. If it wasn’t a full serving, it had to be a half a serving…a fourth…or mayyyyybe I could do a third. But I could never just throw on a “sprinkling” of seeds or a “handful” of nuts…because well hell, then I’d have to Google the calorie count of one almond! 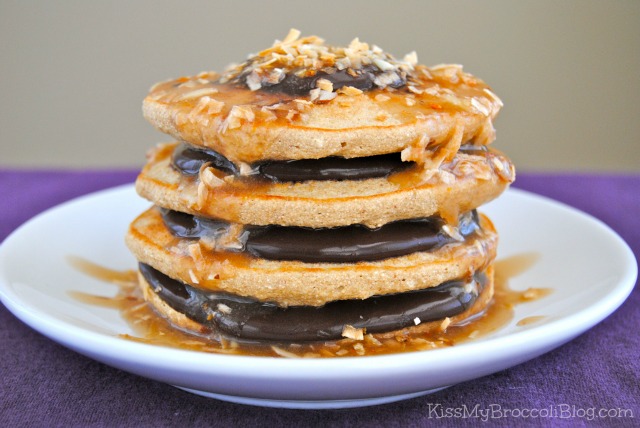 Unfortunately, pancakes were no exception.

Besides what went IN the cakes (did you know 1/2 teaspoon of vanilla extract has 6 calories?), the toppings were always measured and ready before the photography session started…that way I didn’t get distracted and heaven forbid sprinkle 1.873 tablespoons
of coconut on top! 😯

Also let it be known that if it was on the plate, it had to be eaten. Having always grown up with the “clean your plate” mentality, once it was served, none could remain.

At one point, I realized how much time this was taking…I mean, not only did I have to measure everything out, but THEN I had to log it all. So I decided that one day a week I would not track. I was nervous at first…I felt like I would go “crazy” and just eat everything…mainly because that’s EXACTLY what happened over Christmas…
but surprisingly, it wasn’t that bad! 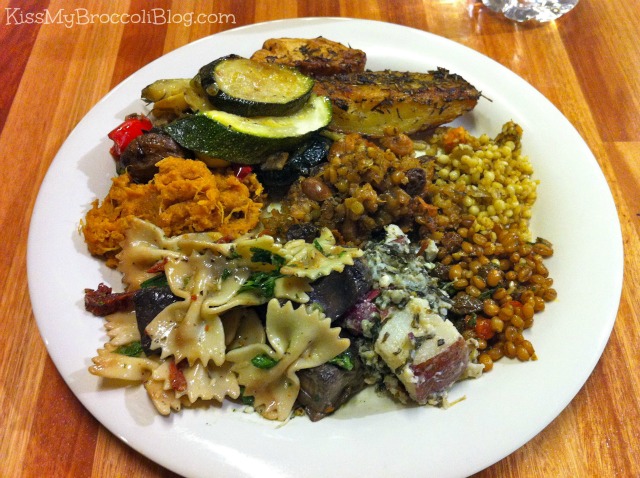 The man-friend and I went out to eat. I didn’t have to check online to check nutrition values first OR taste-tigate (tasting + investigating) my food to determine if the mashed potatoes were made with milk or cream for “guess logging”.

But no matter what, I always felt better when I woke up the next day and knew I was “allowed” to count again. I felt that if I had eaten too much the day before, I could make up for it by being “good” and tracking diligently.

I figured, what better way to start fresh than on a day where it would be easiest not to track…with my scheduled knee surgery, I COULDN’T eat! And the next day, after a lonnnnnnnng night of insomnia and catching up on blogs (where I saw Kammie’s vlog),
I decided I would try intuitive eating!

The first week was the hardest, but I can honestly say that I’ve never ONCE felt compelled to log into MFP to “check” myself. I just didn’t know WHAT to eat!

I wanted crunch, chocolate, and…something else (though I wasn’t sure what). So I went into the kitchen and threw something together. 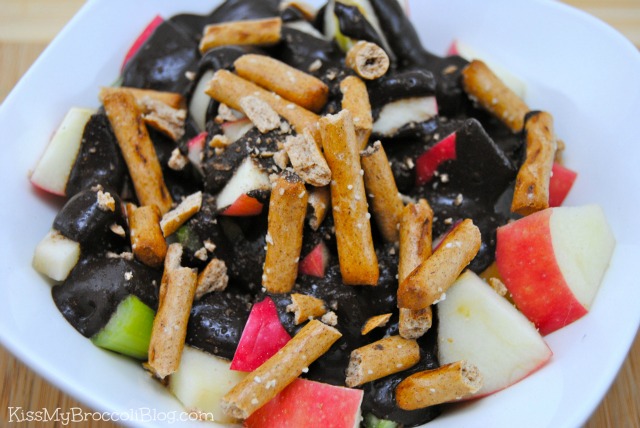 #strangebutgood even when I’m not trying! 😉

So I sat down with my bowl of goodness, half expecting some sort of revelation…light to burst forth from my spoon…or something like that. I finished the bowl…I got up…put it in the sink…and then this happened… 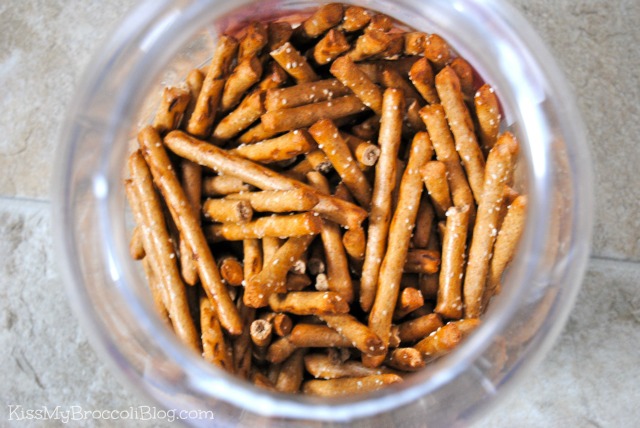 God only knows how many handfuls of pretzels, dipped in about 6500 things from the fridge.

Not my proudest moment.

So I bought a book… 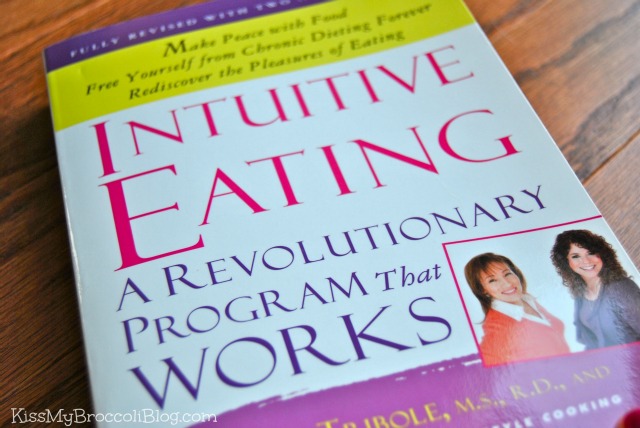 And after only three chapters, I was nodding my head so much I looked like I belonged on the dashboard of a Buick.

So that was my direction, but what about support?

After talking with Meg and getting TONS of positive feedback, I decided to join Jamie Mendell’s IE Challenge.

It’s been two and a half weeks since I started eating intuitively and while I have gotten a LOT better at recognizing my cravings, listening to my hunger/satiety cues, and recognizing emotional eating, it’s all been through trial and error. Having a guide, along with the support of the other participants, helps me feel better prepared to face this journey to find my intuitive eater…my peace…to finally be FREE! 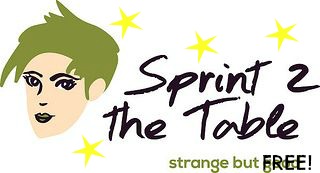 Please know that this is just MY story. I am by NO means putting anyone down or trying to dissuade them from calorie counting…if it works for you…FANTASTIC!

92 Responses to Strange, But FREE!