Confessions of a Pancake Queen: The Dark & Dirty Edition

Posted on July 7, 2013 by kissmybroccoli

Forgive me, Spatula, for I have sinned… 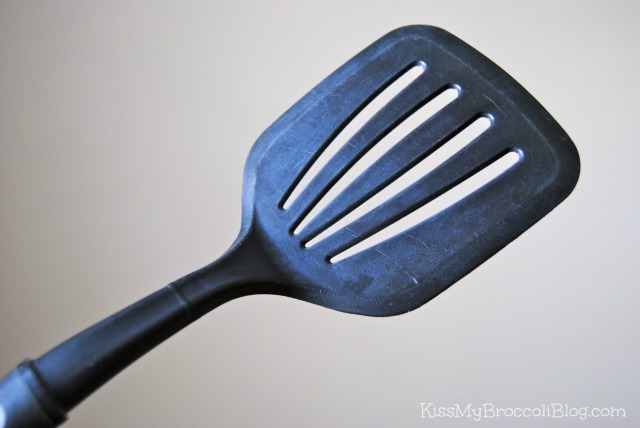 It has been SEVENTY SEVEN days since my last confession. Surely I am destined for pancake hell…aka, the land of expired leavening agents, no cinnamon, and runny sugar-free syrup.

Two months ago, I planned on confessing all my secrets behind making the best VEGAN pancakes, but then I realized something… 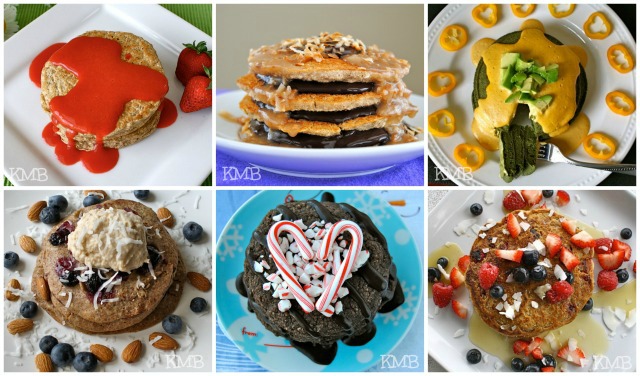 Dark & Dirty Confession #1:
I have absolutely NO IDEA what I’m doing!

It’s true! Most of the time, I just get lucky…and some of the time, I make the recipe over and over and OVER again until something somewhere (the planets align, I hold my mouth just right, ) connects and out comes a pancake…or two…or three! 😉

Sometimes, you can stuff them with something (pumpkin, banana, beets?) and they’ll fluff up a bit better versus just using ground flax for an egg substitute…or you can use more flour…or sometimes, a bit of coconut flour can help, but you have to be careful with it because without enough binding ingredients, you’ll end up with something like this… 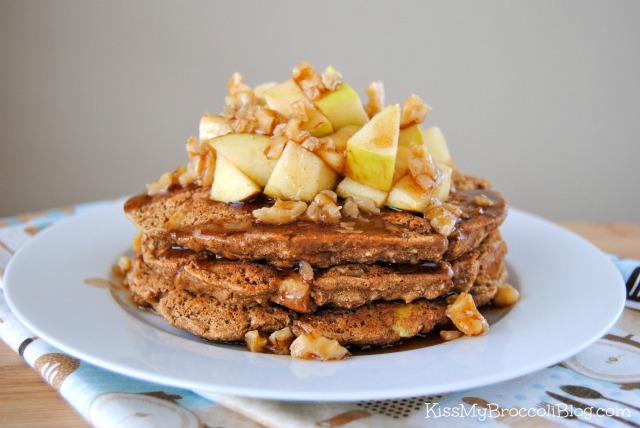 Oh I’m sorry, do those look GOOD to you?

What if I told you after cutting into those babies, I discovered they were
COMPLETELY RAW on the inside?! 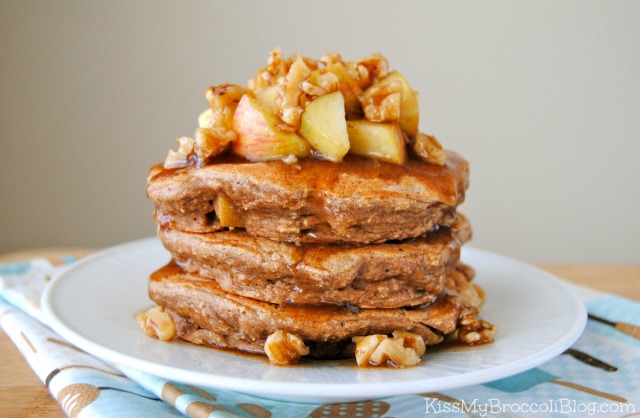 For the record, no amount of peanut butter was going to make that pancake fail any better. In the trash they went…which meant by the time I was photographing the second plate, I was about ready to chew my arm off!

Dark & Dirty Confession #2:
Sometimes, I’d rather just have a bowl of cereal.

And speaking of pancake fails… 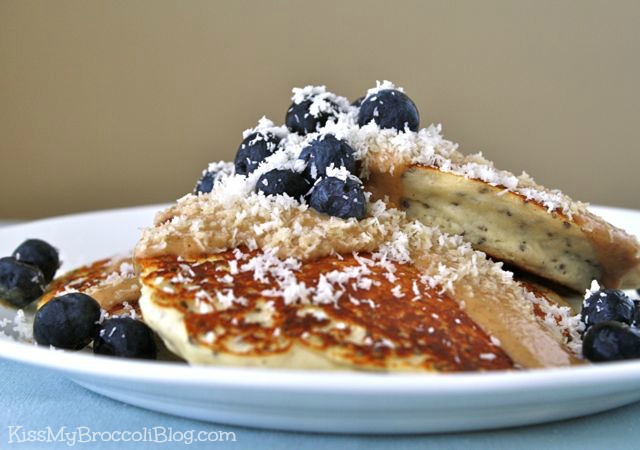 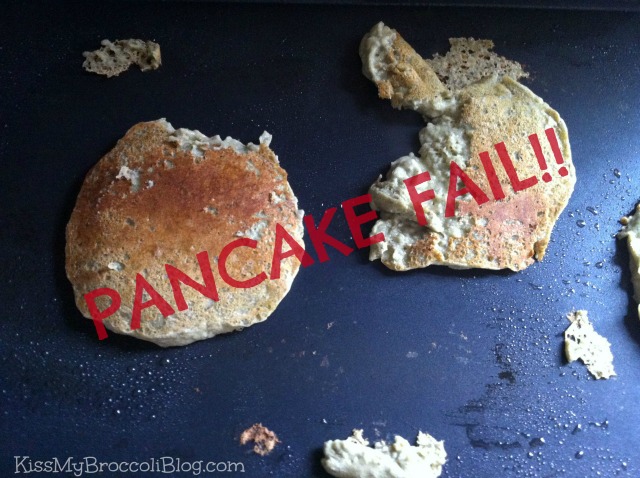 Welllllllllll, in an effort to figure out  what changed when I tried to make them again, I finally came to a conclusion…

It took me a while to remember, but in the original recipe, I had planned on using coconut milk as the liquid, but when it came time to make the cakes, I didn’t have any on hand so I just used almond milk. Now you wouldn’t THINK that would make much of a difference, would you? 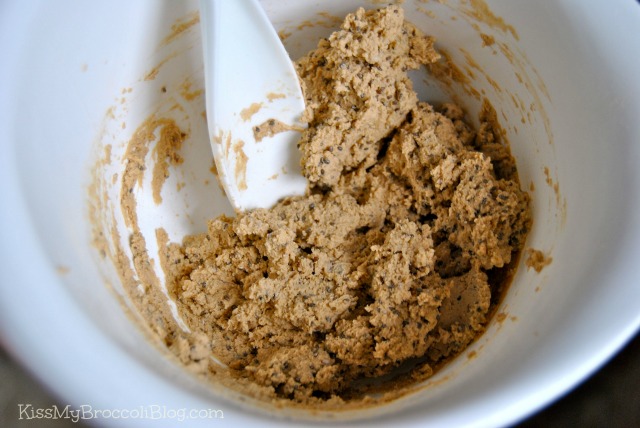 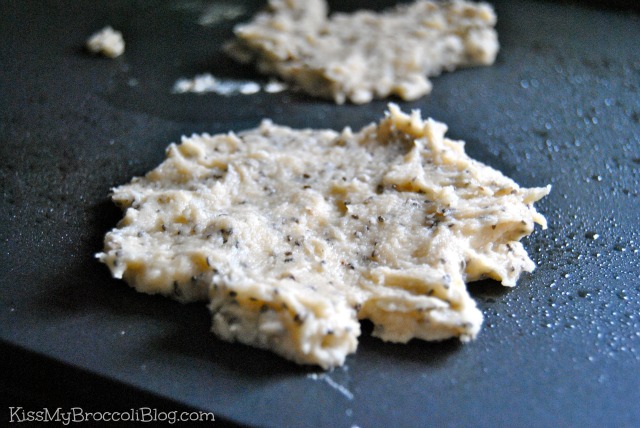 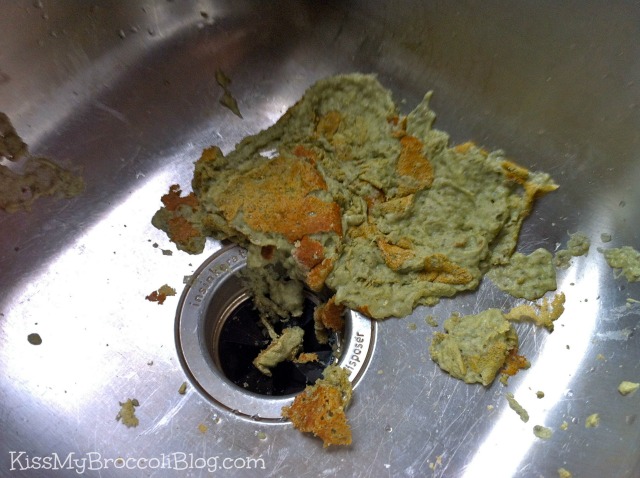 Also, my suggestion for using a plant-based protein powder in place of the whey I used?

But with almond milk and WHEY protein? 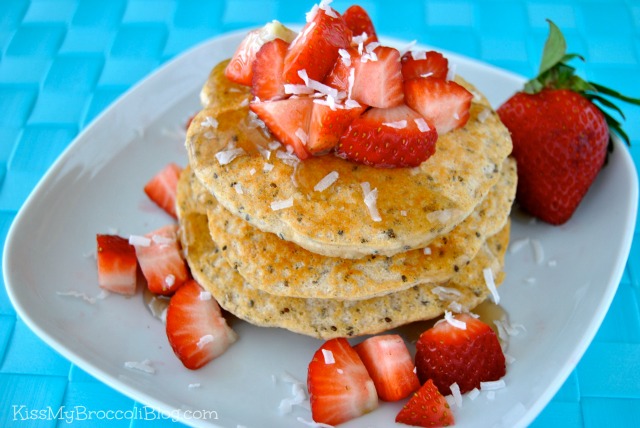 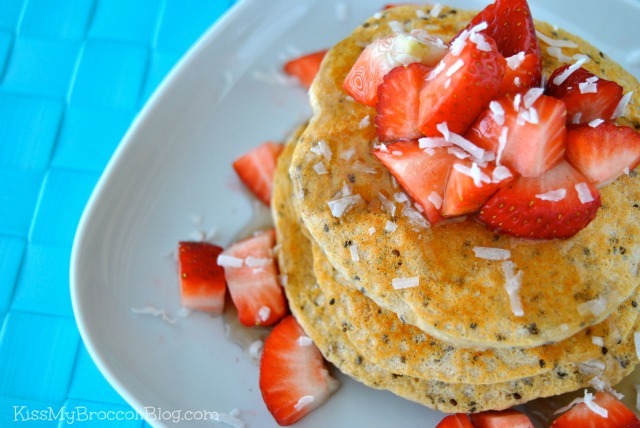 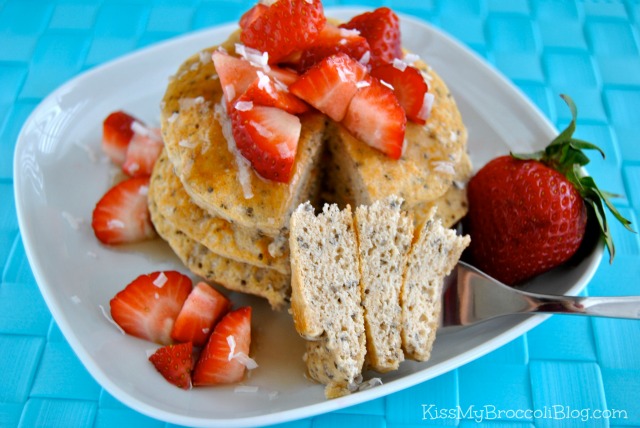 Although I have no idea as to WHY!

And speaking of pictures, while I’m on this “baring all” sort of post… 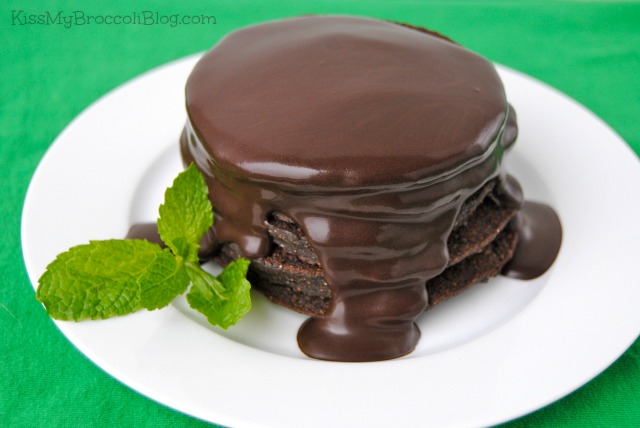 I literally CRIED over these pancakes.

Before the final post, there was not one, not two, but THREE “photo fails”. Looking back now, I can see what the man-friend was trying to tell me as I sat in front of my computer with tears of frustration streaming down my face (seriously, the man deserves an award for putting up with my crazy!)…the pictures look fine, but at the time, they did NOT match up to Heather’s perfectionist standards. 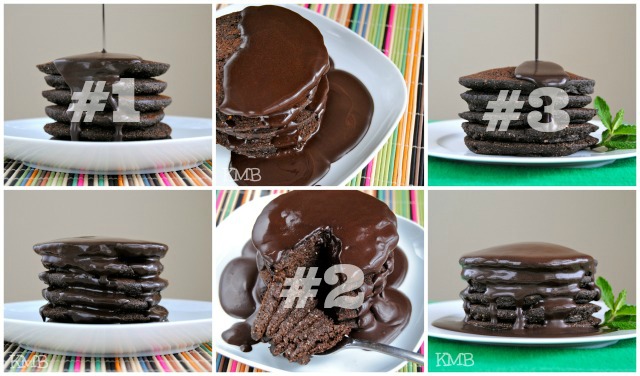 Dark & Dirty Secret #4:
My perfectionism sometimes stands in the way of sharing a recipe.

The lighting wasn’t right, most of the drizzle shots showed motion, the placemat wasn’t working…oh, and how about I just HAD to make a special trip to the store SPECIFICALLY for that frickin’ mint garnish!!

In the end I was able to “salvage” three shots from the FOURTH attempt for the final post that didn’t have blur and that didn’t show the mint leaves drowning in a pool of  chocolate sauce. And as for the placemat situation? 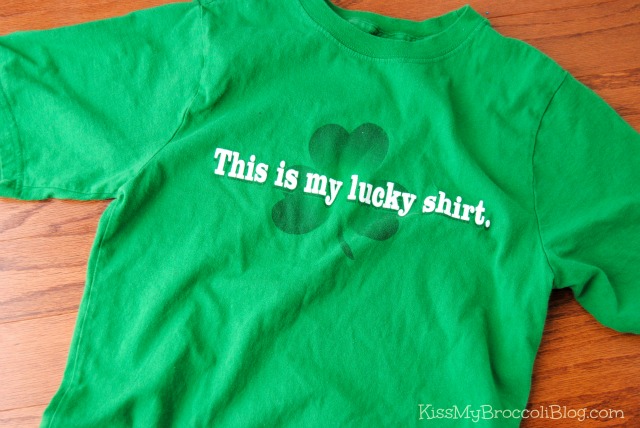 I ended up getting lucky 😉

You guys know me, I pretty much always make a joke to lighten the mood, but my last and final confession for the day is one of the hardest to admit…

Now I’m not saying I’m done with them forever, but I WILL say that last day I remade those Coconutty Protein Pancakes was the last day I flipped a cake…and that was over two months ago. Every time I think to make pancakes, I come back to the stress OR I start thinking numbers…serving sizes, calories, carbs, sugars, fats, ahhhhhhhhh!

So forgive me, readers, but your Pancake Queen is on hiatus until further notice. Please direct all hate mail to the following address:

For my bloggers out there, do you stress over your pictures?

What is your favorite breakfast right now?
I have to admit, I’ve been the rebelling against all things vegan (joking of course) and have been enjoying my fair share of yogurt messes! 😉

63 Responses to Confessions of a Pancake Queen: The Dark & Dirty Edition