Posted on February 12, 2014 by kissmybroccoli

Sometimes I Surprise the HELL Out of Myself!

So after I failed to get a good nap in and struggled through my shift Sunday night/Monday morning, I came home, ate something, popped a B-dryl (yeah, we’re tight like that now), and at 8:30am, totally faceplanted.

I know! 1. I never sleep that late and 2. I never sleep that LONG! It was a glorious thing and I took about 1.359 seconds to bask in that acknowledgment before my mind was forced into the present and realized I had ONE HOUR to get out of the house and make it to work on time! Cue hyper-Heather mode!

In 45 minutes, I was showered, dressed, partially-makeuped (hey, something had to get cut) and in the kitchen wildly searching for sustenance. All of a sudden, I can’t get the thought of scrambled eggs out of my head. Even though I’m all like, “Heather, you don’t have TIIIIIIIME to make scrambled eggs….But, but I really WAAAAANT scrambled eggs!” Yes, I whine/argue with myself…it happens…but the best part? 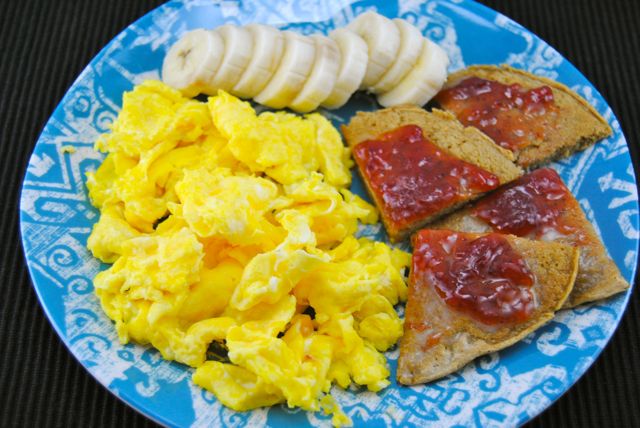 No matter what, I always WIN! 😉

Two whole eggs, half a banana, and a side of vegan pancake fail topped with BUTTER and strawberry jam (oh yeah, bastardized in the BEST way possible!). After I put this plate away in ohhhh about 2 minutes, I threw a bunch of random things in my bag, called it “lunch” and out the door I went! Then I pulled into work TEN MINUTES EARLY!
How in the…? Yeah, no clue!

So as it turned out my minute eggs were surprising satisfying because I didn’t get hungry again for something like SIX HOURS! When I did, I dug out my lunch box treasures and thought I’d arrange myself a little “snack plate” of sorts. 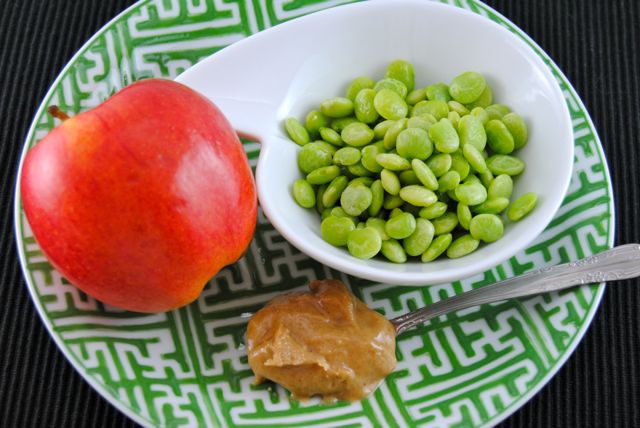 And surprised myself once again that THIS (plus a mug of my favorite coffee) was all I actually ended up eating…over THREE HOURS! A bowl of thawed from frozen lima beans, a spoonful of Caramel Apple Cashew Butter and only HALF of an apple!

Honestly, I had some down time and totally got sucked into the new book I’m reading so I kept “forgetting” that I hadn’t yet finished eating, but when I finally took my last bite, I was comfortable…full…satisfied. So I just went with it thinking I would have more to snack on later.

But I didn’t get hungry again until right before I left work. At this point, I figured I’d just wait until I got home, throw down a bowl of cereal with peanut flour and call it done, BUT it was cold as BALLS outside! Poor Elvira’s heat just couldn’t keep up! My fingers were still frozen when I walked into my house 20 minutes later…and that’s after riding the whole way with them shoved into the vents of the dashboard!

So yeah, cereal wasn’t looking all that appealing. I NEEDED something hot. Oatmeal? Nah. More eggs? Nah. What did I WANT? Hmm, I’ve still got the other half of my apple…Oh, I know…I’ll make some waffles! 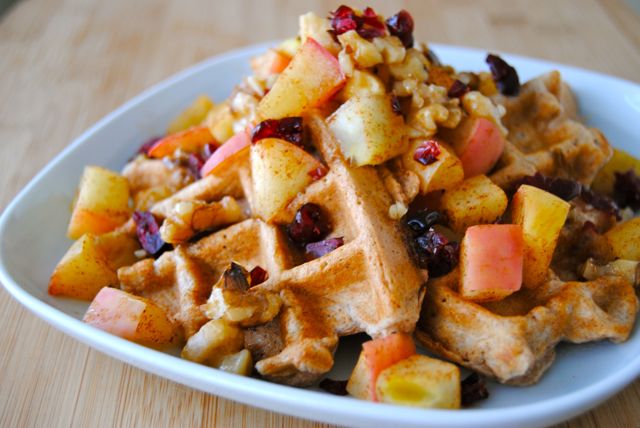 I just knew, knew, KNEW it wouldn’t work. As soon as the light cut off on the waffle maker, telling me it was time to open it up and face my failure, I wondered why the HELL I didn’t just grab the Kodiak mix out of the pantry. And then BAM! 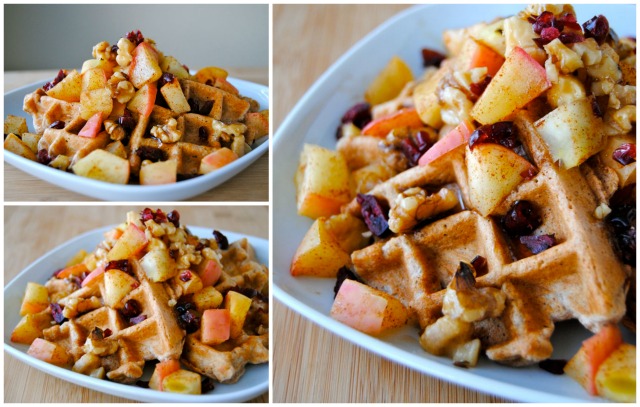 I have to say, part of me was a little hesitant to put this post up today…I mean, What I Ate Wednesday? More like, That’s ALL I Ate Wednesday?! But you know what? That’s just the balance of life…sometimes you eat more…sometimes you eat less. I shouldn’t feel bad for my bird-sized appetite no more than another person should feel bad for eating a second helping at dinner.

At NO point during the day did I feel deprived. When my stomach growled, I ate. And when it was quiet, I didn’t. This is what works for me. If you have a recent history with ED and then yes, it’s hard to trust your body’s natural hunger cues, but I know that I have a healthy metabolism and I also know that I will probably more than make up for it once I hit Body Pump tomorrow. So yeah, I’m ok!

Now, before I ramble on anymore, how about hopping on over to Peas & Crayons and showing our hostess, Jenn, some love? Because no matter WHAT you ate (or how much), today is THE day to celebrate it!

Oh and I surprisingly drank 64 ounces of water without even trying! Woop!

When was the last time you SURPRISED yourself?