Posted on February 25, 2014 by kissmybroccoli

I’m sorry, was that a bit too blunt? Truth be told, I’m awake after only THREE hours of sleep, I’ve had a glass of wine (for therapeutic purposes only), and well, I guess I’m feeling a little loose-lipped right now. But let’s get to what I didn’t get to in yesterday’s post that was actually even BETTER than that gold star!

Have any of you ever tried HOT yoga?

I’ve always been curious about it so when a friend from work invited me to go along with her to a class Sunday morning, I jumped at the chance! And I had the most INCREDIBLE experience…a complete detoxification for both mind AND body!* 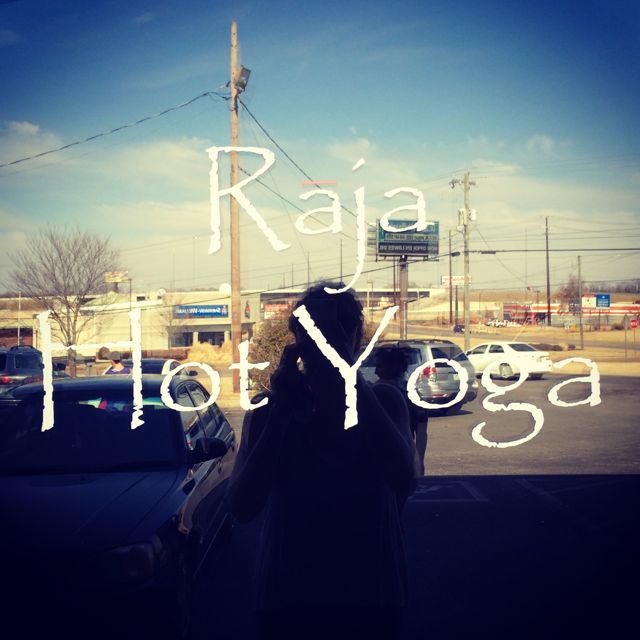 And get this, the class was only EIGHT BUCKS! 😀

This was actually first time in an actual yoga studio too! I’ve only taken a dozen or so vinyasa classes at my gym so I wouldn’t consider myself well-versed in all the different styles and names of poses, but I’ve really enjoyed every class I’ve taken…especially since before my first class, I couldn’t even touch my toes!

It’s been over a year since I’ve practiced yoga. Since my surgery, the range of motion in my knee has been really limited so I never even considered going to a class, but over the last few months, I’ve seen a lot of progress in my flexibility, only lacking the ability to sit in child’s pose, so I’d been thinking about it more and more.

I had no idea what to expect from this class, but honestly, I think that helped me go in with the perfect level of open-mindedness. I’m definitely at a place in my life now where I am more patient and forgiving of myself so I knew that if there were any poses I couldn’t manage, I’d just go with the “flow”…haha, get it? So I signed my little “if I hurt myself, I promise not to blame the yogi” form and went in! 😉

The room was small, dimly lit, and you guessed it, about a bajillion degrees! By the time I unrolled my mat and placed myself in the middle of it, I was already sweating! Ha! But I was ready! I kept my focus inward, only pausing briefly to admire the woman next to me who could put her forehead on the floor (what?!), and actually surprised the HELL out of myself when I was able to get into some poses I didn’t think I could manage…I’ll save you from my oddly descriptive terminology though since I have no idea what they’re called!

Throughout our class, our yogi, who I found to be incredibly interesting with his long black beard, V-line abs, and a voice that seemed to be as soft as butter, guided us through twenty-six poses, showing us adaptations, reminding us to breath, and preaching the “yoga word”! Honestly, it kinda reminded me of being at church when I was younger. You know that feeling when the preacher calls out something that makes you feel like you as if you just realized your forgot your pants? Yeah. But you know, sometimes we need that. Sometimes we need to dig deep, face the things that we’ve been trying to avoid, and clear our minds/consciences of all that…well, shit! 😯

I had a few “moments” during class where I honestly felt like I could burst into tears had I not been surrounded by sixteen other people. I don’t know if it was the purging of toxins or what, but I have a feeling that if Yogi Billy had asked me to join some sort of yoga cult after class, I would have been frantically searching for a pen with organically sourced ink to sign up! But seriously, I thought I’d share some words of wisdom I picked up in class that really spoke to me, because well, because I can’t seem to get them out of my head…and who knows, maybe they’ll speak to you too!

No one in this life can validate you….except YOU!

Let go of the preconceived notions of happiness and find YOUR happy.

And after an hour of yogi enlightenment, with a side of sweating my figurative balls off, I came home and made the best friggin smoothie of my life! But I’m already at like 800 sliiiiiightly tipsy words so, you’ll just have to wait until Friday for that! 😉

Have you ever tried hot yoga…or ANY yoga?