WIAW: Tried and True and New!

Posted on September 24, 2014 by kissmybroccoli

Can you believe it? Me…partying it up TWO weeks in a row! Hmm…could this be a somewhat regular thing again? At least until daylight savings time starts and I start shaking my fist at the sky at 4pm? I guess we’ll just have to wait and see!

This week, I’m sharing my eats from Saturday…where I got up jussssssss(yes this many s’s is completely necessary)t in time to make it to the farmer’s market before it closed and then had some ice cream for breakfast to celebrate! 😉 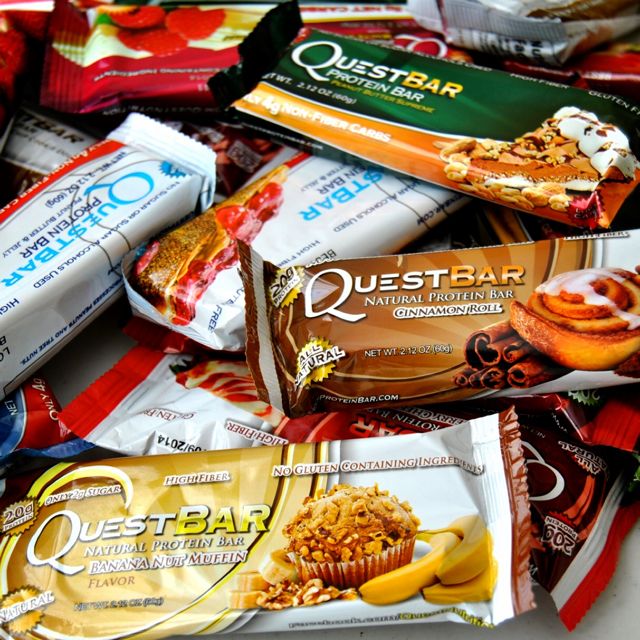 After rolling over in bed and eyeing the clock, I saw I had TEN minutes to get out the door to make it to the market in time. I used 9.99999 of those minutes to pry my ass out of bed, tame the beast that resides on my head, and throw on some clothes. And since I had SO much time leftover, I made sure to prepare a decent meal…

Tried and true: [Peanut butter] Quest bar to the rescue!

The reality is that I ate the entire thing…wrapper and all in about 3 minutes…so there wasn’t even evidence leftover to photograph. And since my Quest bar stash is nowhere NEAR this big now, you get this recycled pic. Sue me. 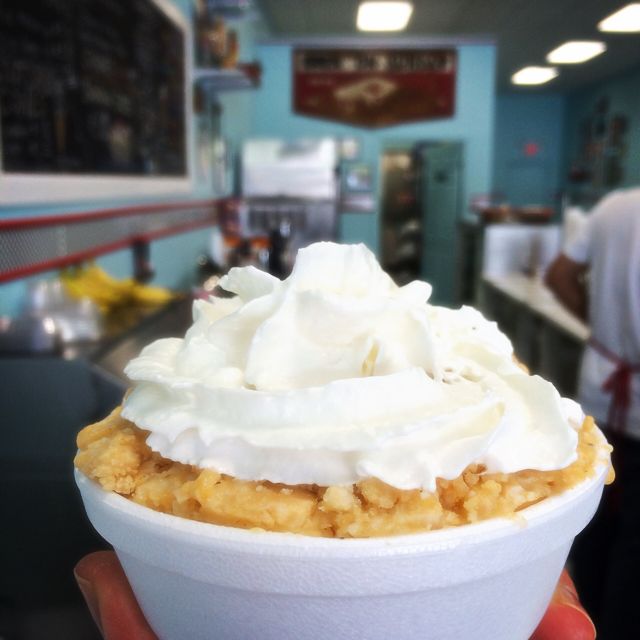 After getting my necessities at the market (tomatoes, eggs, and a little present for a fellow FROG lover) and running a few more errands, I was a sweaty mess so I decided I might as well be a sweaty mess while walking around the park. Then, since I was only minutes from Freeze Pleeze, I decided it’d be cooler (ha, get it?) if I walked around the park WITH ICE CREAM!

And it really did cool me off…especially since it stayed in “dip ‘n dot” form for about 30 minutes after its bath in liquid nitrogen. 😀

After my walk (and an ample dose of vitamin D which I later got comments on…either that or the pumpkin tan really IS working!), I went home, showered, and “tried” to nap before work. I really ended up tossing and turning for most of it and then got up after two hours to ya know… 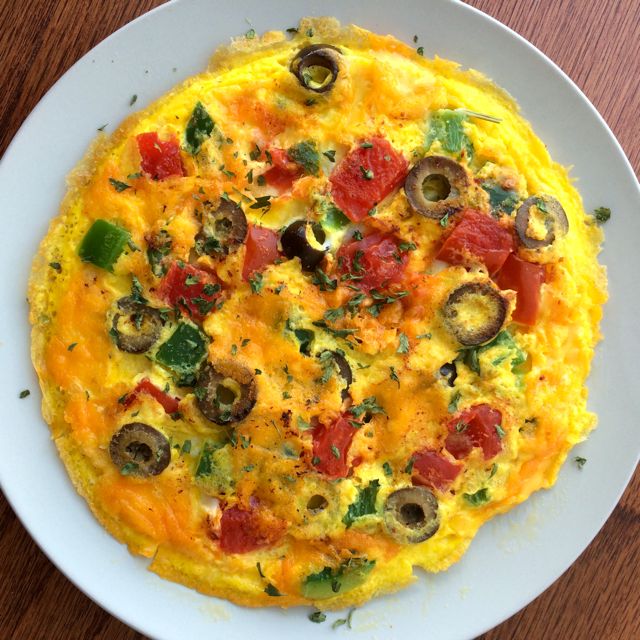 Whip up an eggy thingy! Actually, I’m surprised it turned out so pretty because I basically just threw shit (or to be more precise: bell pepper, olives, tomatoes, and cheddar cheese) in a skillet, covered it, and then slid it out on a plate before taking 2.9235 minutes to inhale it before going back to bed.

Once back in bed, I did dream about milking coffee out of brown cows so…um, I guess did manage to sleep for at least a few minutes. 😉 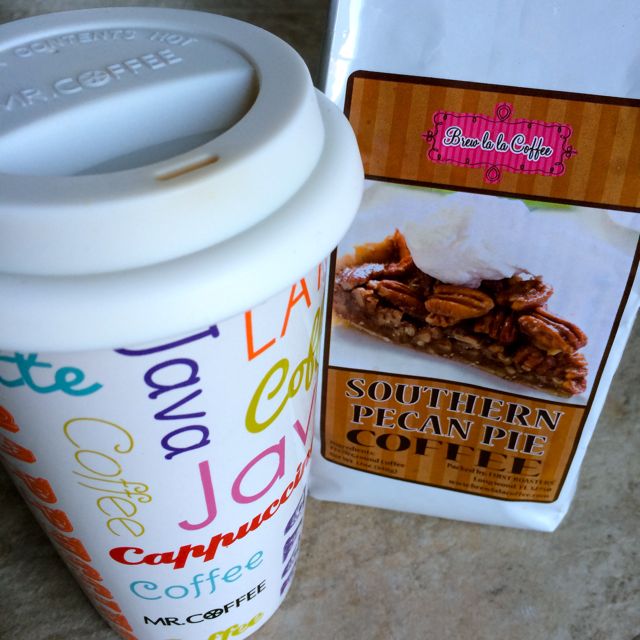 Obviously this was much-needed on the drive to the hospital. Update: I’m finally down to only THREE bags of coffee! Sadly, this one is not one of my favorites…
Brew La La FAIL! 😛 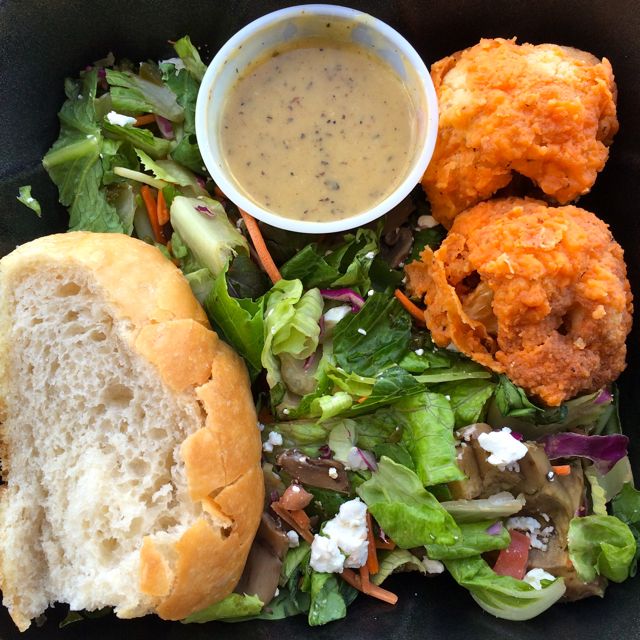 Work was really busy so I was glad I had my leftovers from lunch on Friday. This may not look like much, but since I basically filled up on bread and most of the buffalo cauliflower, I only had a couple of bites before asking for a box…with extra dressing because I could seriously bathe in the stuff!

Tried and true: The PERFECT salad 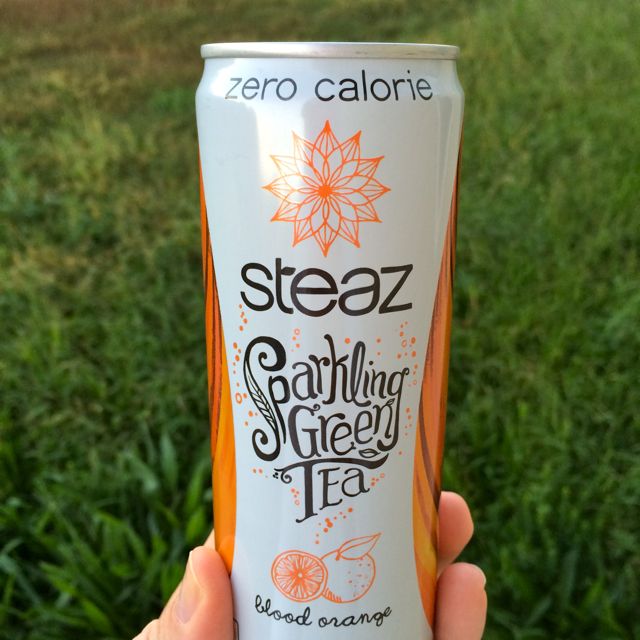 I washed that all down with what I keep calling “steazy teazy”. Since I fell in love with the root beer, I decided to give some other flavors a try. I wasn’t a big fan of the regular soda or the black cherry, but the blood orange is delish!

Once my shift FINALLY ended, I made my way back home and whipped up a fantastic mess of a bowl…no really…it kinda looked like something else that comes of a chicken’s butt. Luckily, I have another pic to share since I’ve been enjoying this combo all week! 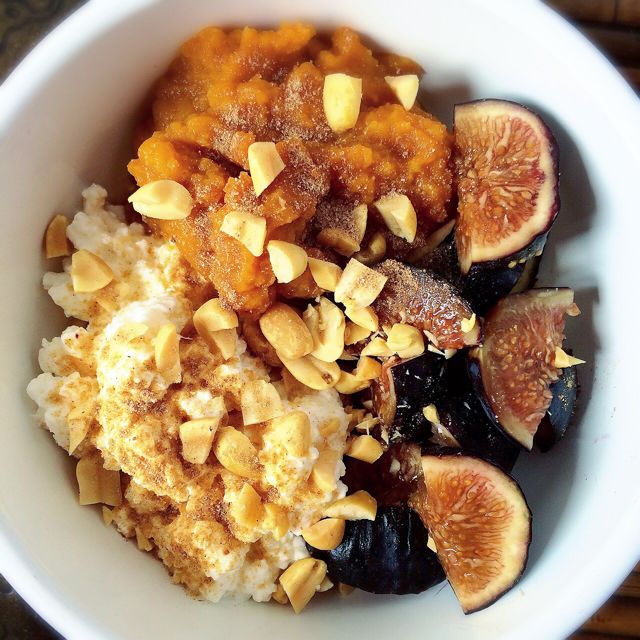 I recently dug out an old packet of chai latte mix that was always a bit too sweet for me to drink. Then remembered how I’d used it waaaaaaaay back when as saucy topping for pancakes and oats. I took the lazy way and just sprinkled it on top and BAM! Insta-deliciousness! 😀

Alright folks, that’s enough from me. Hop on over to Peas & Crayons and see what all the other party people are dishing up this week!

What is one of your favorite tried and true meals?

This entry was posted in What I Ate Wednesday and tagged coffee, cottage cheese, eggs, peanuts, pumpkin, salads, tea. Bookmark the permalink.

25 Responses to WIAW: Tried and True and New!