Thinking Out Loud: From First to FUN!

Posted on January 8, 2015 by kissmybroccoli 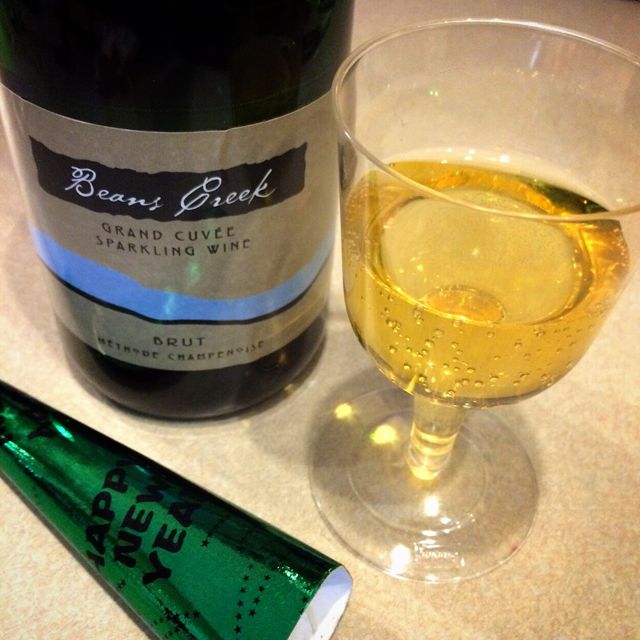 I could say that I’ve been recruited into the CIA and have been involved in super secret CIA activities wherein I get to wear a seriously sexy black turtleneck and strappy boots, but well, then I’d have to hunt you all down and “take care of you” for knowing my super secret information. So I guess I could just save us all the heartache involved in international snipering and just hypnotize you with my FUNdane… 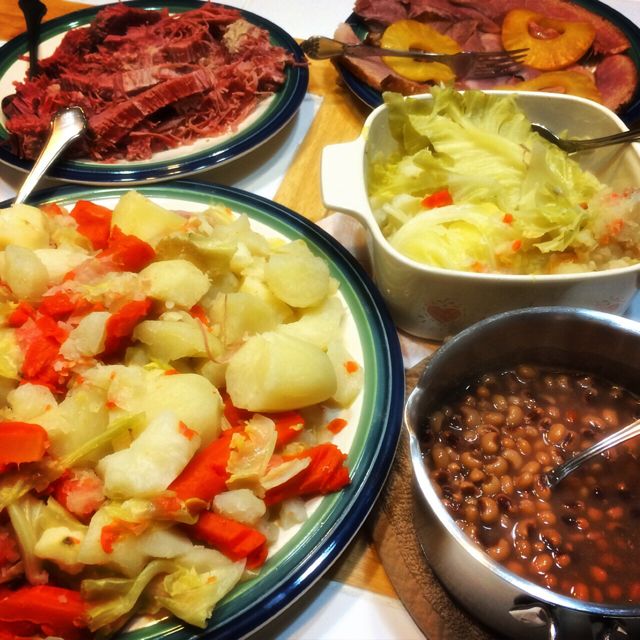 Like my family dinner on the first complete with ham, corned beef, cabbage, potatoes, carrots, and lucky black-eyed peas that were practically licked clean from the pan.

Like making it all the way to season THREE of Portlandia in record time since the holidays are finally over and I can justify sitting inside all day long.

Like the fact that it is currently 8ºF (but “feels like” -8ºF <-NEG-A-TIVE EIGHT, people!) outside and that isn’t enough reason to justify sitting inside all day long. 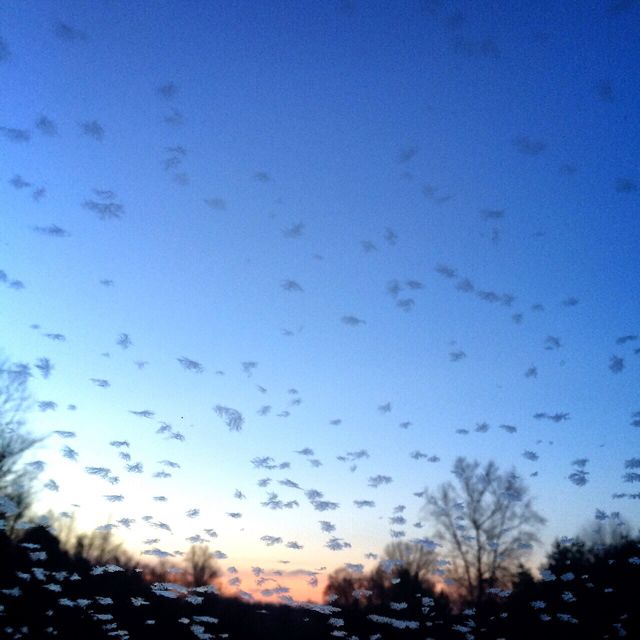 Like the fact that this was taken Monday morning when I got home from work and was very much intended to be the LAST time I stepped outside the house for the following four days. 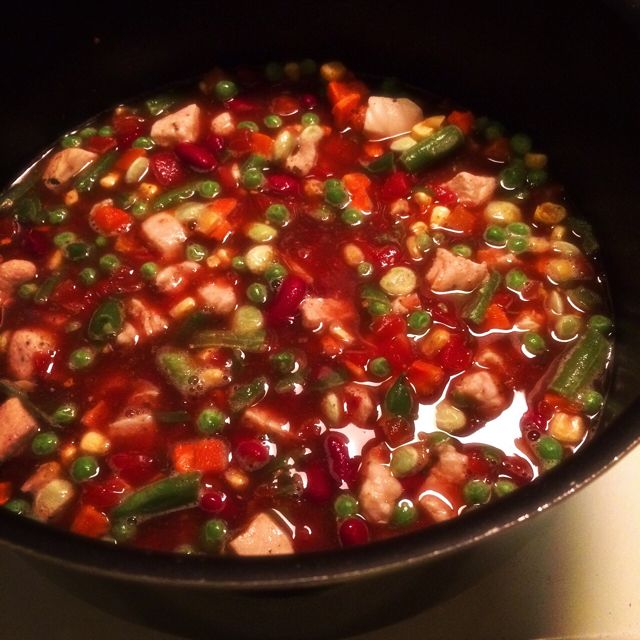 Like whipping up a pot of soup with ALL THE THINGS since I went to the grocery store on my way to work Sunday, with the intention of transforming into a seasonal hermit since I knew it was going to be bloody fucking cold all week. Bollucks!

Like flipping into an English accent halfway through this post because I watched Snatch for the first time last night and haven’t been able to stop talking like that (or daydreaming about Brad Pitt’s abs) since.

Like allowing a friend to talk me into going to Nashville to run a few post-holiday errands. I claimed DJ status for the ride down since discovered the Coachella playlist on Spotify. 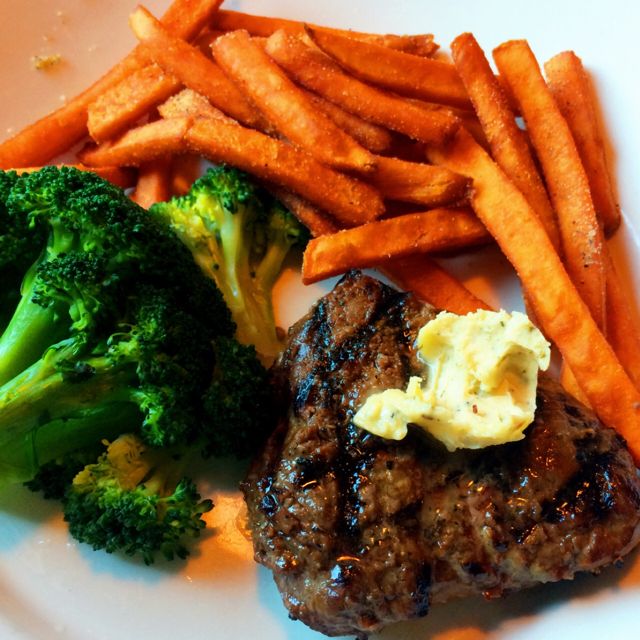 Like indulging in a steak lunch at the end of said trip to Nashville because dammit I wanted some grilled MEAT! Omg, T.G.I.Fridays has the BEST sweet potato fries! 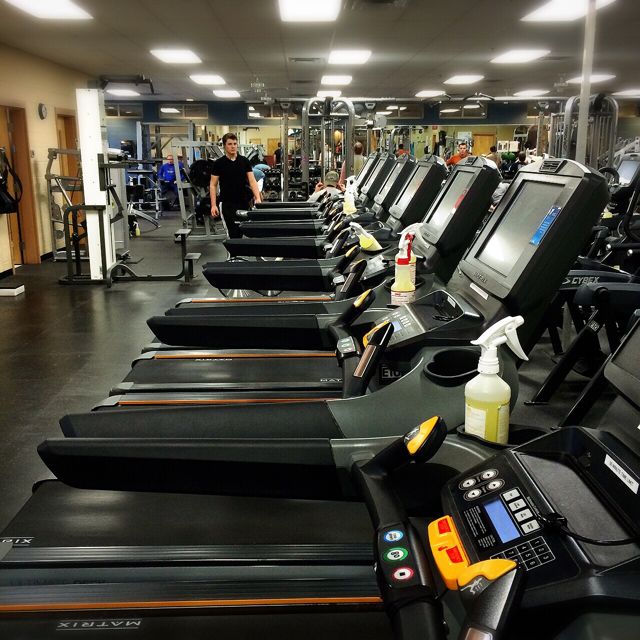 Like DYING all over that treadmill. Longest (pant) thirty minutes (pant) EVER! Ugh, I’m so out of shape…but determined to do it all over again today (especially since I discovered the 3pm sweet spot…aka, before all the New Year’s resolutioners get off work!). 😉

And then I’m coming home, donning ANOTHER pair of pajamas, cuddling up with a blanket and some of that leftover soup, and diving into the last season of Portlandia.

And it’s definitely fun to be back with Spoons and all her crew for another round of ToL. Be sure to check out all the linkups this week!

What have YOU done for the first week of the year?

Anyone going to Coachella? Don’t tell me! I’m jealous!

16 Responses to Thinking Out Loud: From First to FUN!