All Work & Then Play!

Posted on November 9, 2015 by kissmybroccoli

So I was taking a step back the other day and realized that somewhere along the line, between all the unpacking, cleaning, sorting, organizing, and REorganizing to be had in several rooms of this house of ours, that I’ll be damned if it hasn’t all come together quite nicely. After several days of back (and nearly toe) -breaking labor (no comment), I did a complete 180 (complete with jazz hands) and let loose for the weekend. 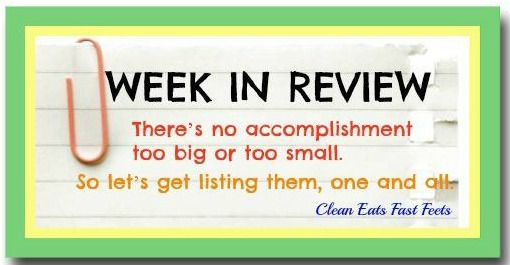 Heck, if I’m getting all dance-y this early on in the game, I might as well throw down a little Week in Review alongside Meg today. If you didn’t know, Meghan happens to be the queen bee when it comes to getting shit done, tooting her own horn, and dancing along to the beat, and I love her for every bit of it. So how about it? Let’s jive! 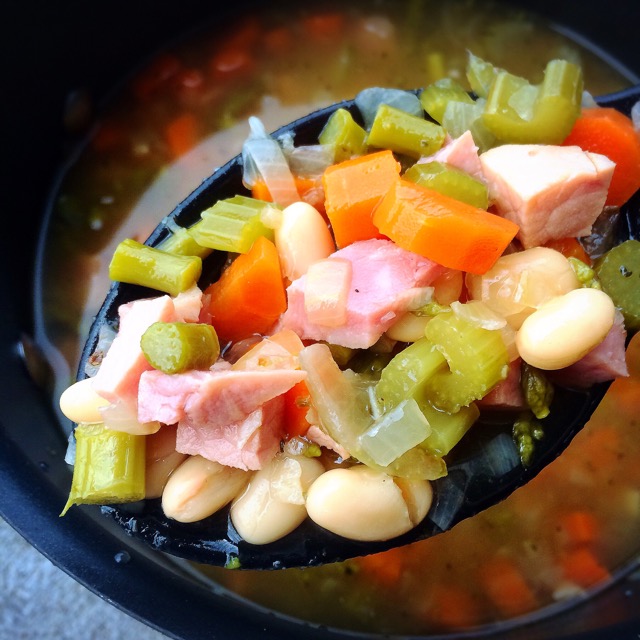 On Monday night, I logged in an extra shift at work in order to finagle the following weekend off. After ten long hours, I carried my zombie butt home and snoozed for a handful of hours on Tuesday morning before migrating to the couch where I spent the rest of the day cuddled up with my love marathoning Walking Dead (We’re starting over at the beginning since I’ve only ever seen season one)…though I did take a long enough  break to throw half the fridge into a pot and called it soup! 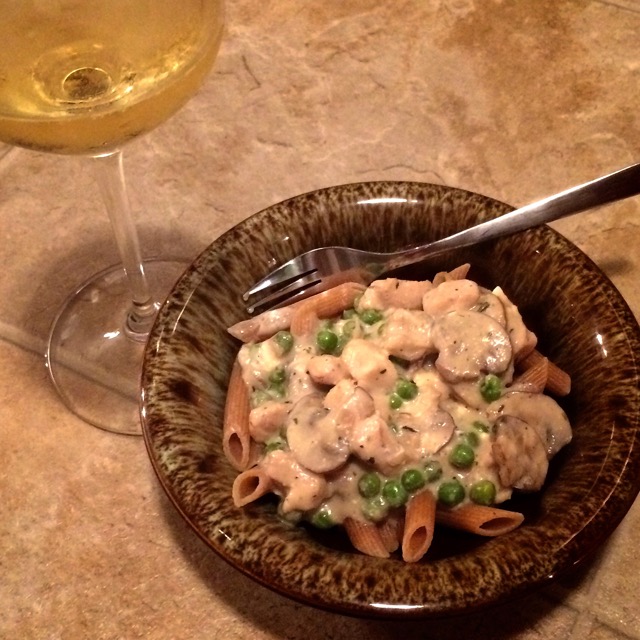 On Wednesday, I was up bright and early-ish for day one of Mission: Make Sense of This House which in the beginning started as a never-ending, swallow-you-up-like-a-black-hole sort of task. Somehow, I managed to cook for two days in a row (I’m a maniac I tell ya!) and whipped up this chicken and pasta dish that started with Trader Joe’s garlic simmer sauce and cream cheese and ended in pure and utter deliciousness that was washed down with TWO glasses of wine (thankyouverymuch).

Thursday, I was back to the grind. More or less my standard process with these sort of things. Start to organize a room, realize I need/forgot something from another room, get sidetracked, end up lost in an abyss of boxes and piles of junk, crawl into a corner in a random closet, try in vain to hide from it all, figure there’s no way it’s all going to get done on its own, and set back to work on aforementioned room. I’ll tell you, it’s a bit of a cycle, but obviously it works because in two days the garage went from this… 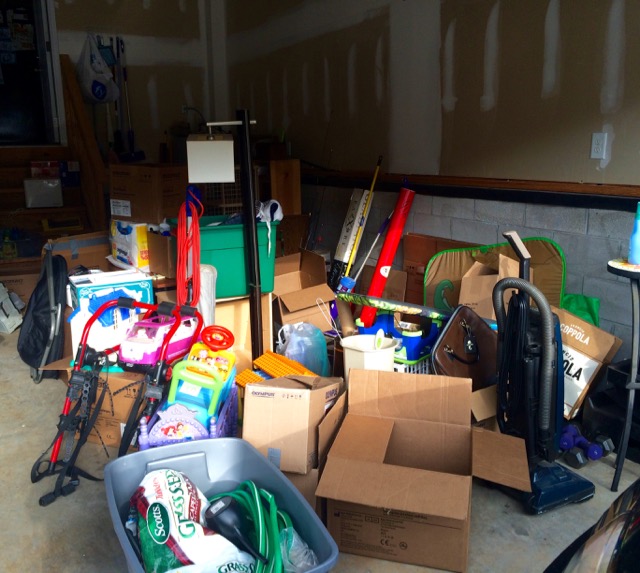 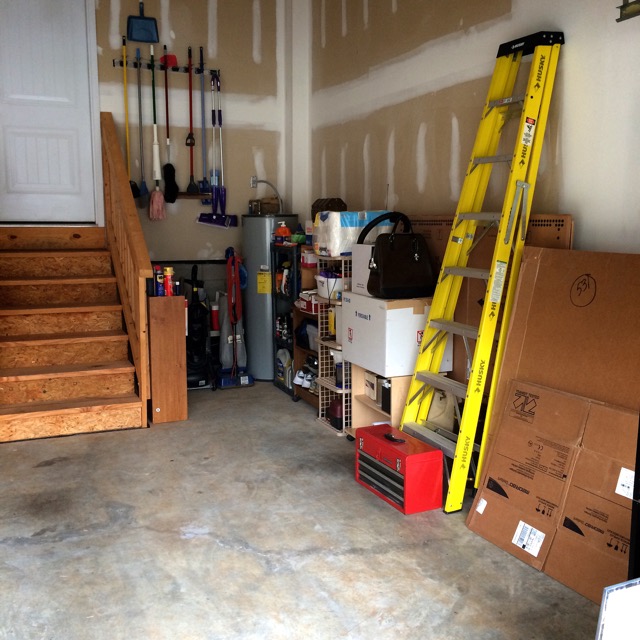 BAM! Uh huh, you see that tool rack hanging on the wall in the background? I hung that all my myself I did…with a drill! 😀 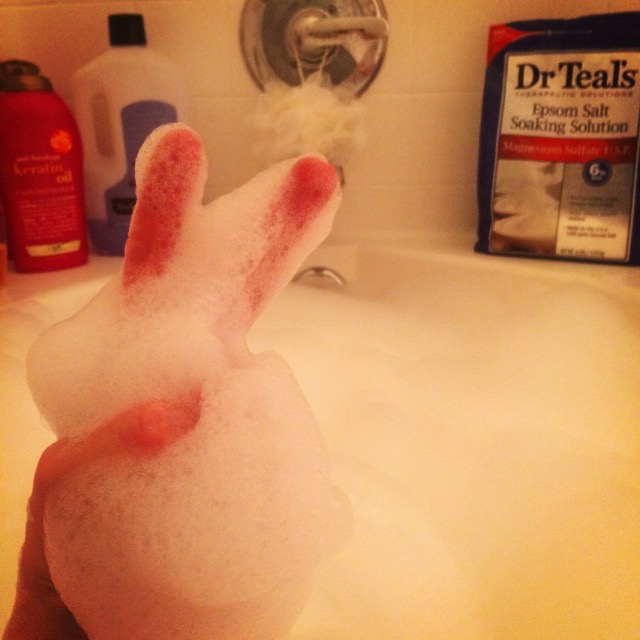 After that, my body went into self-preservation (slash reward system) mode. I spent a luxurious half hour in a nice hot bubble bath complete with bunny ears and Bronze Radio Return streaming in the background. Oh do I love me some unintentional alliteration. 😉 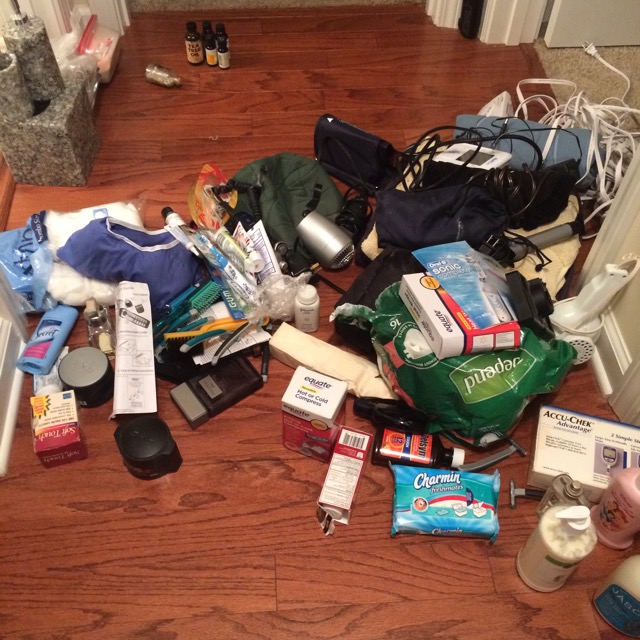 Though I had intended for Friday to be more of a laid-back day, the cleaning/sorting bug was still giving me the itch so I went even further and organized under both bathroom sinks and the linen closet. In case you were wondering, my go-to strategy is “Storm Before the Calm”. Like I told Jason, it only matters that ‘I’ know what’s going on in the middle of it all. “Trussssssst in meeeee!“ 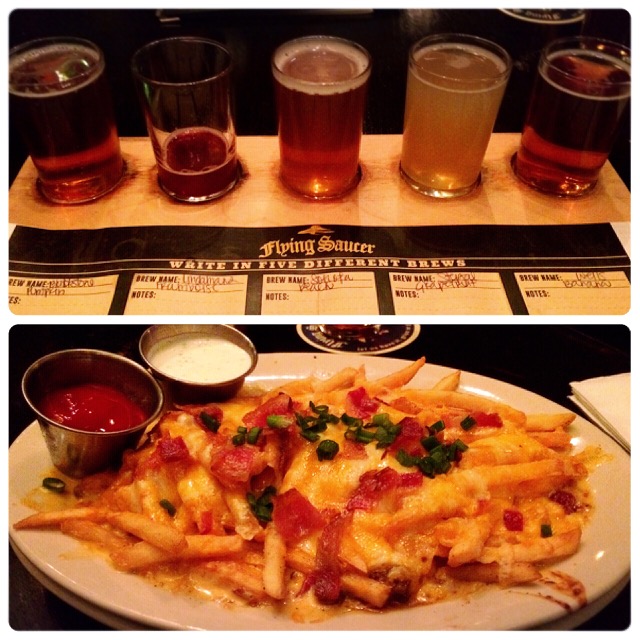 I worked like that all the way up until time for us to leave. Where were we headed? Well, first we met our friends for some flights and fries at the Flying Saucer (hot damn, I did it again!) and then we were off to Nashville to see one of my favorite bands, Little Hurricane. Ahhh, remember them? How about they put on one FANTASTIC show! And? We actually caught them in the staircase on the way out and were able to tell them just how awesome we thought they were. I totally played it cool. Yep, totally. 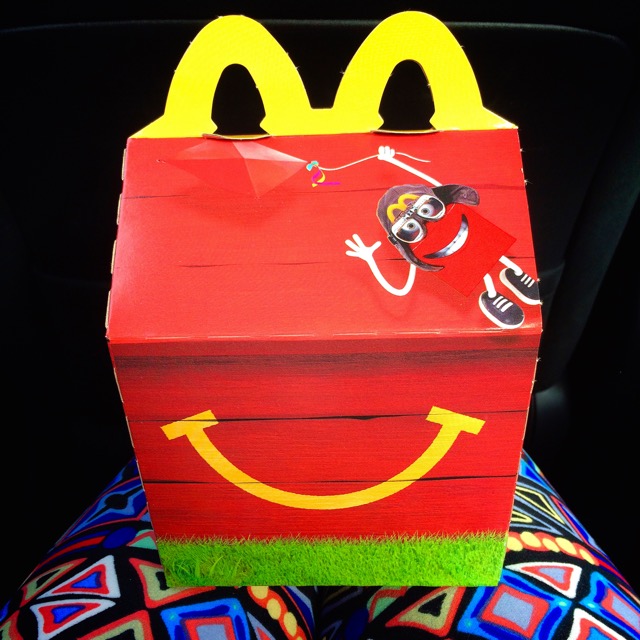 Saturday afternoon we were out for another adventure! Meet back up with friends. Travel four and a half hours by car. Stop on the way to get my go-to road food. Sidetone: Did you know McDonald’s has brought back happy meal boxes…actual BOXES?! I haven’t seen these since I was a kid! Park in Covington, KY (just across the river from Cincinnati) and dance/jump/sing our asses off to the sickest tunes that only Robert Delong can produce. After the show, I was literally out of breath. It was that intense. Oh and then, before we left, I almost passed out when this happened… 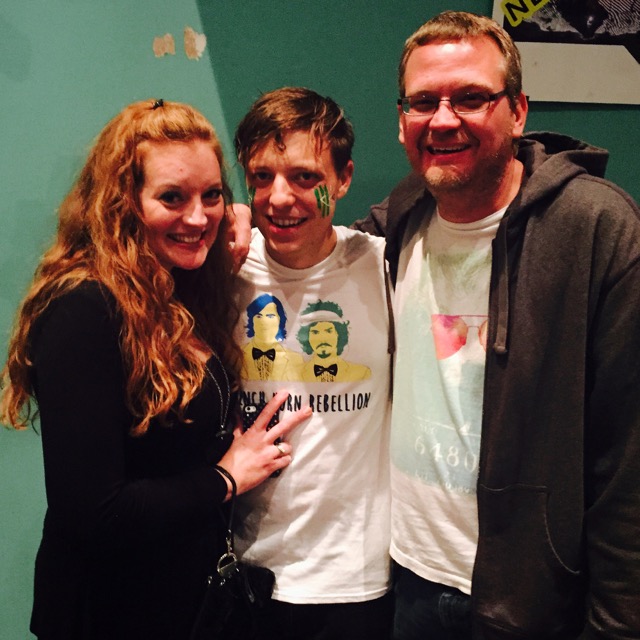 That is Jason AND ME with ROBERT DE-FREAKING-LONG!!!! Do you see that?! We’re touching him! Like actually touching him! Oh yeah, I totally kept my cool. All the way up to when I found myself only capable of asking if I could have a hug…luckily, my friends helped me get an autograph.

And with that, I’m right back to another Monday. This time fully relaxed, rejuvenated, and ready to take on another week! This time with less cleaning, more relaxing, and lots of hugging on our monkeys when we go visit. Hope you guys have a great start to YOUR week.

Tell me, how did you get your R&R this weekend?

What are you looking forward to most this week?

This entry was posted in Week in Review and tagged Little Hurricane, music, Robert Delong. Bookmark the permalink.

14 Responses to All Work & Then Play!