Posted on February 2, 2012 by kissmybroccoli

Happy Groundhog Day…or as I like to call it, Thursday.

Tell me, does anyone REALLY care if that over-fed, hairy little rodent sees his shadow or not? I mean, if they we’re to have six more weeks of winter, should I expect snowflakes or the sunshine and 60 degree temperatures we’ve been having all week?

Eh, one of the more useless holidays we acknowledge in America. Now, fry me up a burger and declare it National Groundhog Burger Day and maybe I’ll think about it…sorry veggie lovers, but I had to go there! 😉

So, anywho! Let’s get on with the intention of this post, huh? No more traumatizing images of furry arms and legs sticking out of a hamburger bun… 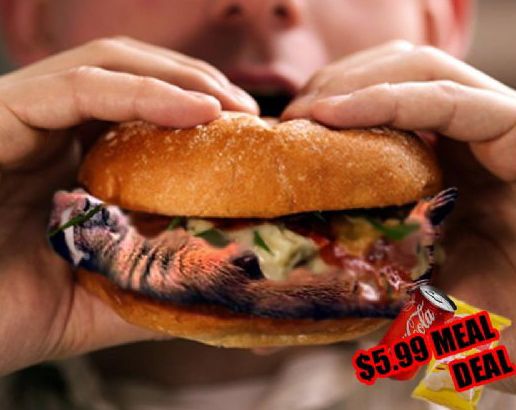 Hang on…trying to catch my breath…

So, speaking of burgers…guess what opened in my tiny little town of Clarksville yesterday which then prompted every.single.person in a 30 mile radius to get out in the rain JUST to go buy food. 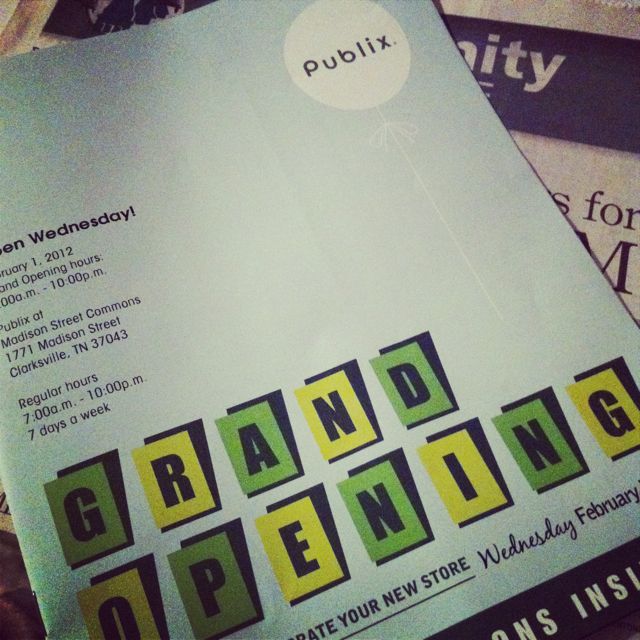 For those of you who don’t have these in your area, it’s like a big grocery store, but with a LOT more options as far as natural/organic products…you know, because like half the people in this town actually know/care what the difference is.

After I finished yoga class yesterday, I was  zen enough to venture over to the grand opening just to check stuff out…aka, wander the aisles for 45 minutes without buying a single thing.

Believe me, I could’ve bought plenty, but this is the reason I left empty handed: 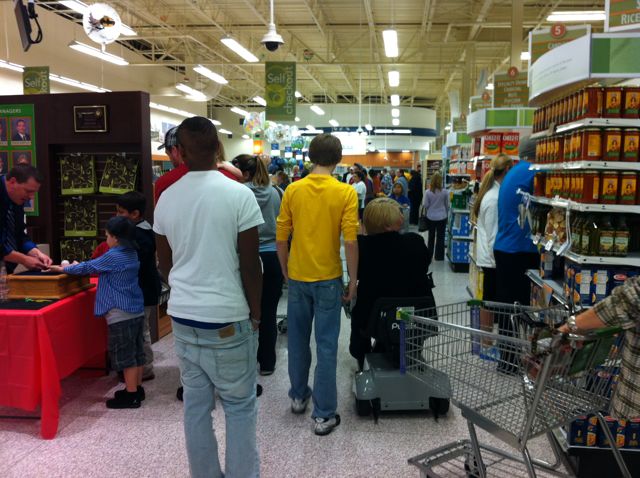 Yeah, that would be the sea of people I would’ve had to swim through to get to the check out lanes…which were all about 5 people (with FULL shopping carts) deep!

Thanks, but no thanks!

Instead, I just walked up and down each aisle looking like a completely normal person taking pictures of random things with my phone. 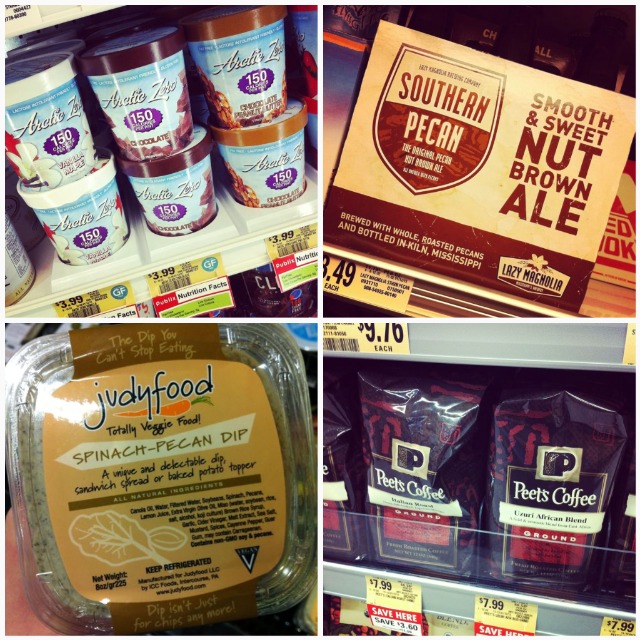 Can we just take a moment to appreciate the fact that I will no longer have to drive an HOUR to Whole Foods for my Arctic Zero!

And if that didn’t have me excited enough, I turned the corner and found the holy grail of beer selection: 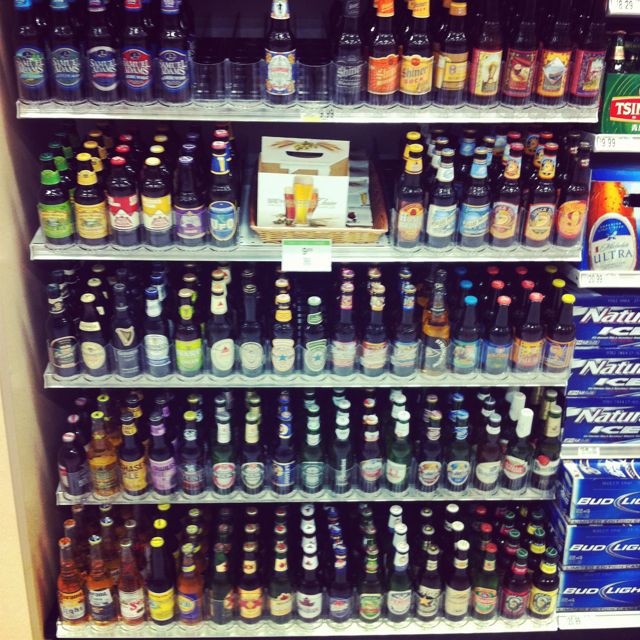 BYO6P: Build Your Own 6 Pack!
So many flavors, colors, and pretty packaging to choose from! 🙂

Of course when I wasn’t snapping ninja camera phone shots, I was practicing my acting skills:

Glance over at the sample station…slowly make eye contact…when spoken to, answer with:

“Oh? You’re sampling something? Well, of COURSE I’d like to try it!”

Then walk around the corner, take off your jacket, throw on your shades, walk back to the sampling station and repeat the previous routine until satisfied….I joke, I joke! 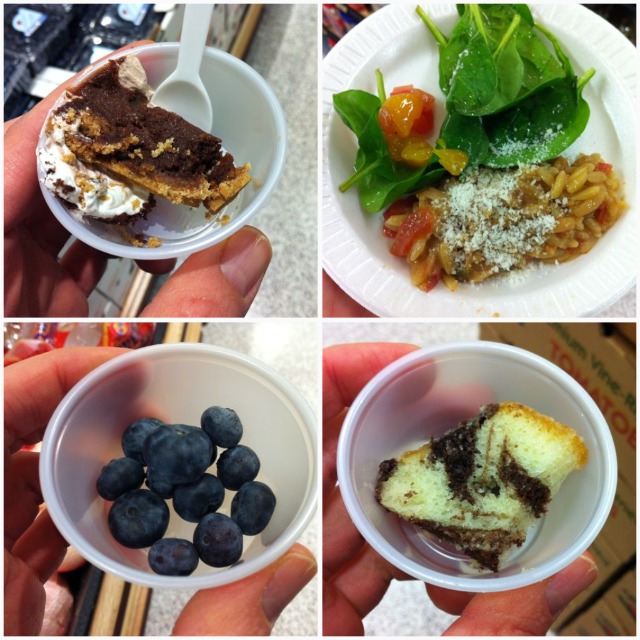 There was also some teriyaki chicken, Boar’s Head turkey meat, and a cup of decaf coffee that went un-pictured…in other words, dinner #1 was quite tasty.

Once home, I was still on the Snacky Kathy train so I whipped up the BEST snack plate ever: 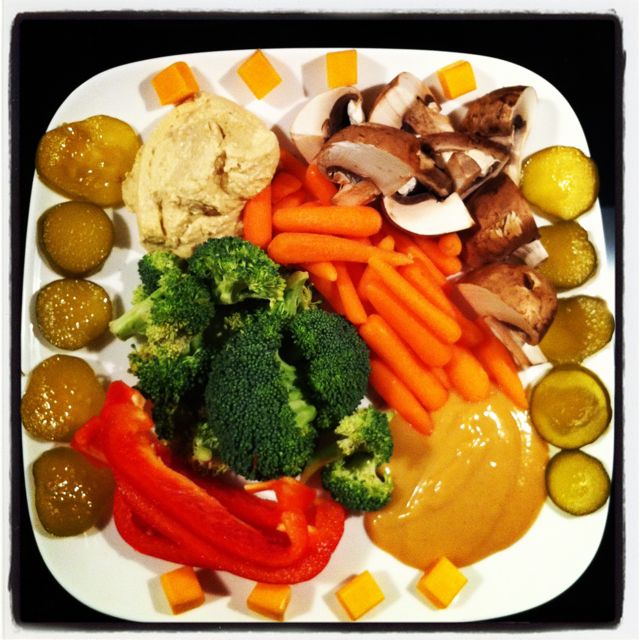 Dinner #2: A little bit of everything out of the fridge
with hummus and spicy mustard for dipping!

Sometimes it’s nice to switch things up and not break out the pots and pans for dinner!

Another thing that’s been getting switched up?

I’ve been getting a little bored with the same routine of classes/cardio/circuits lately so Monday night, I thought I’d try something new. 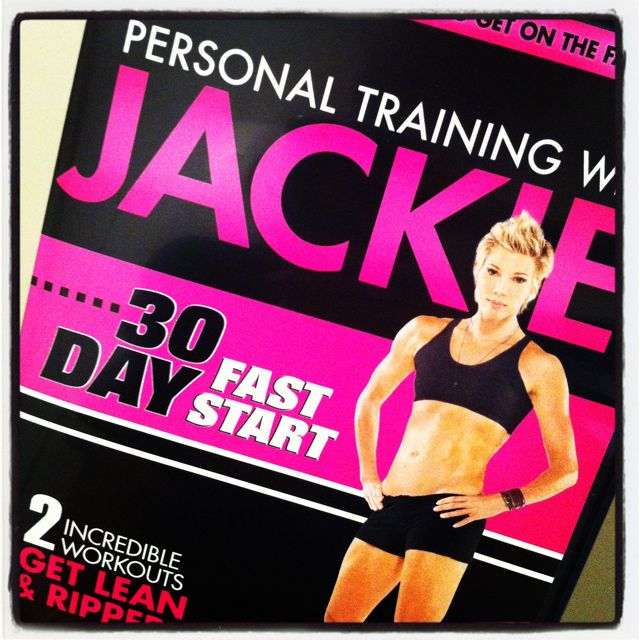 As you guys know I am a pretty big fan of Jackie Warner.

Well, on Monday night, I decided to break out the newest of her DVD collection. Honestly, I didn’t even know what the concept of the routine was until I hit the play button…I just saw a new J Dubb DVD and snatched it up! Lol

So what did I think?

The concept: Pyramids (starting at 1 and working your way up to 10 with complex moves working multiple muscle groups at one time)

Organization: Combination of biceps, triceps, chest and back for one workout and legs, shoulders, and abs for the other

Delivery: Fast paced…as in “I think I might be losing form because I’m trying to keep up”, constant counting from Jackie (sometimes forward, sometimes backward, but all the time annoying), and rethinking the combo of legs with shoulders (um, hello! The weights I use for working my legs is so not the same as what I can use for my shoulders!)

The only reason I didn’t give it an F is because I really like the concept and I think I could incorporate many of the moves into my own circuit training to continue to mix things up a bit, but I VERY seriously doubt I will be using this DVD again…hmm, wonder if I could fashion it into some kind of frisbee or something? 😉

On a much more positive note, thanks to my free 3 month trial of Sirius XM radio that I received when I purchased Elvira, I have discovered a LOT of new bands that I love. Which means… 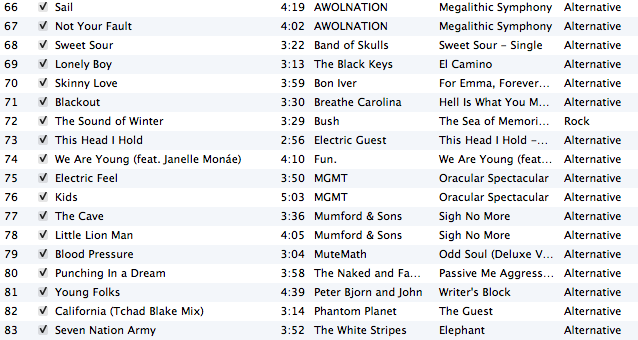 This of course has done a lot to take out that boredom that was creeping up on me.
What is it about having new additions to your workout playlist that immediately makes you eager to get to the gym?

I swear I cannot stop hitting repeat on the Band of Skulls song!

Your turn! What are your 3 things for this Thursday?

What song can you not get enough of lately?