A Belated Birthday for My Beefcake!

I just want to say the comments from Monday’s post have me smiling till it hurts. I’m so happy to hear that the emotions I feel are coming through in my words. Hopefully, when you leave the blog you’ll come away with a little buzz of sorts.

I also hope that all the lovey dovey-ness (I’m so making that a word) isn’t too gag-worthy because I’ve got more to share today. Since Jason’s birthday was last Friday and I totally FAILED as a girlfriend without a plan, a card, or even a gift (just because you pay for two-day delivery, doesn’t always mean you will get it in two days when it’s something that has to be assembled first…DOH!), I decided to do my best to make up for it Monday night.

Jason and the girls had spent the day with his family while I slept and were due home around dinnertime. So after a quick run to the store for all my ingredients, I set to work on a special dinner and then sent him this text… 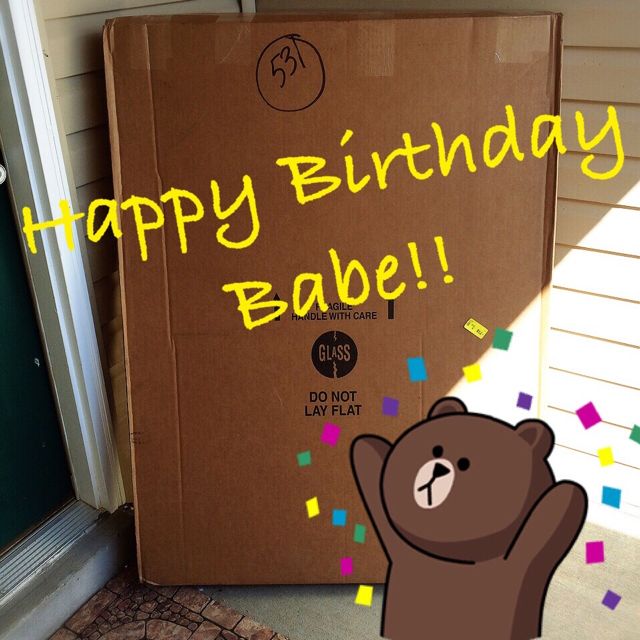 I’ve known for a lonnnnng while now that Jason is a big fan of shepherd’s pie so a few months ago, I set out on a world-wide [web] search for the best recipe out there…that wouldn’t immediately clog our arteries. Although I was a bit suspicious, I finally decided on a recipe I found from Rachel Ray (sorry, but I’ve never been a fan). With a couple of substitutions and a LOT of patience (30 minute meal, my ass!), I had one HELL of a dinner ready not long after the three of them walked in the door! 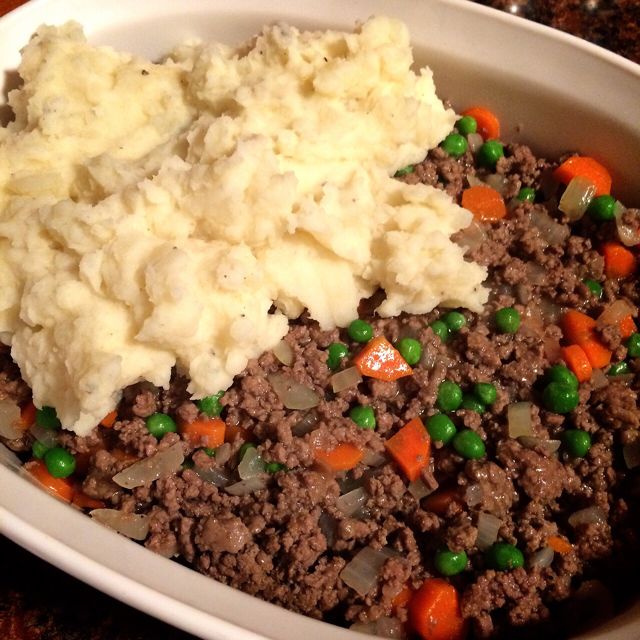 Also, can we stop to appreciate the fact that there was a decent serving of vegetables crammed in there as well? I meant to add some mushrooms, but with three pans going at once (yeah, it was crazy), it kinda slipped my mind. 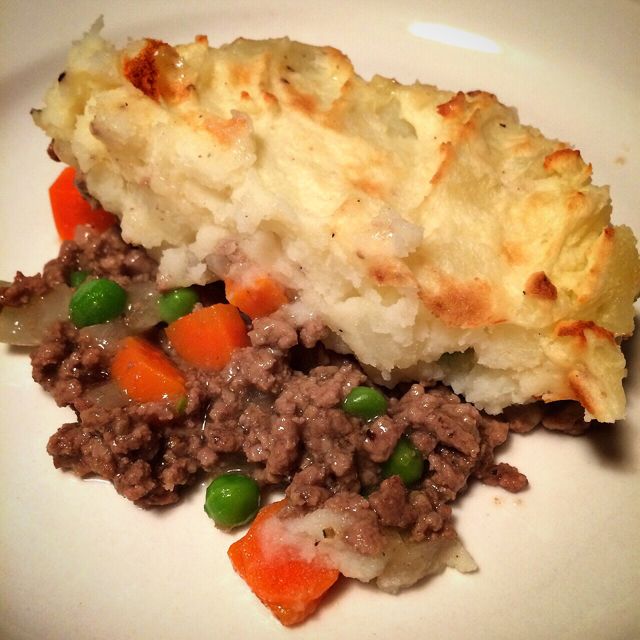 The final product was a perfectly crisp and brown top with warm comforting goodness inside. Everyone loved it and they ALL asked for seconds! 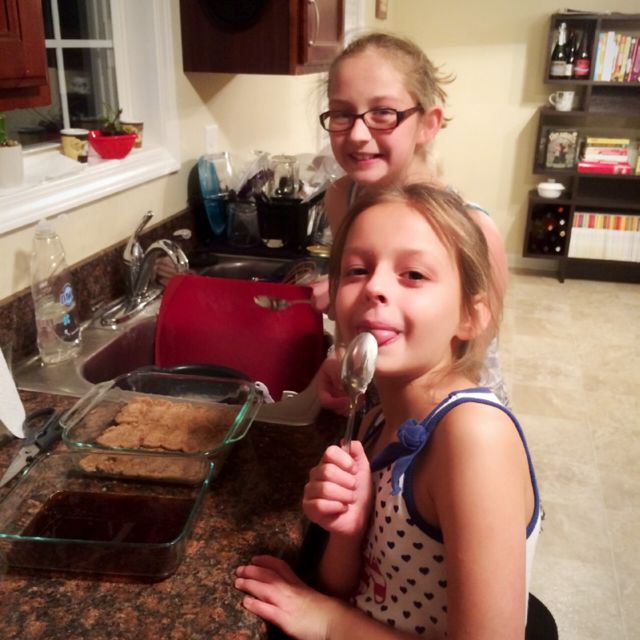 While the pie was doing its thing in the oven, I got the girls to convince their daddy to hang out in the living room and read while we snuck back into the kitchen to work on dessert. Jason, like me, isn’t a big sweets person, but I was able to weasel out of him that he really likes tiramisu!

I found this recipe in one of my Cooking Light cookbooks for White Russian Tiramisu. Instead of adding kahluah, we subbed in some coffee creamer. The girls did a great job working together to measure ingredients and then helped me layer everything into the pan. They were rewarded with cream cheese-covered spatulas. 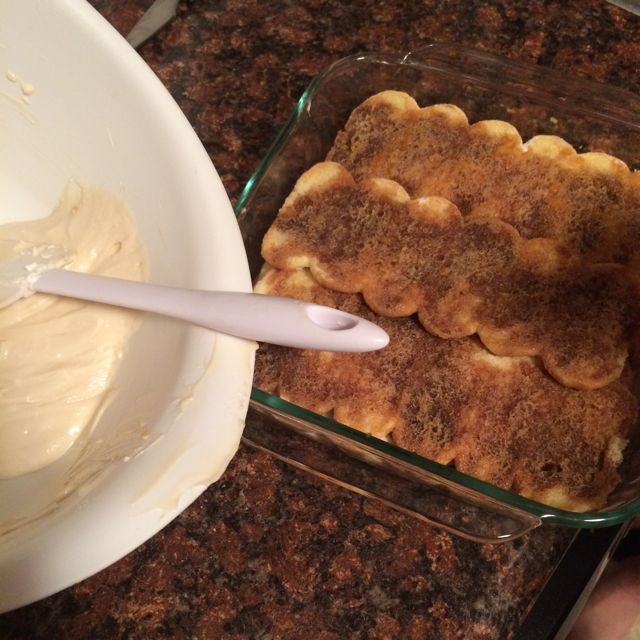 Since it had to chill in the fridge for a couple of hours and I wasn’t about to have a houseful of caffeinated people at 10 o’clock at night, we decided to save it until the next day…for breakfast! 😉 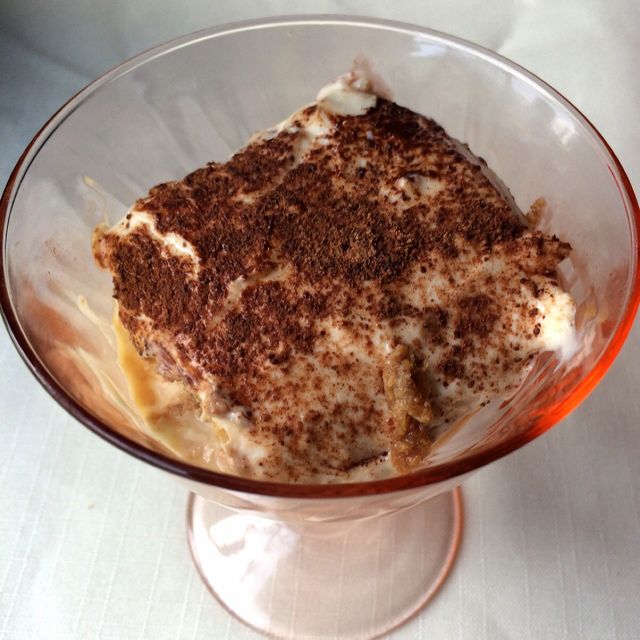 And as for the boy’s belated birthday gift? 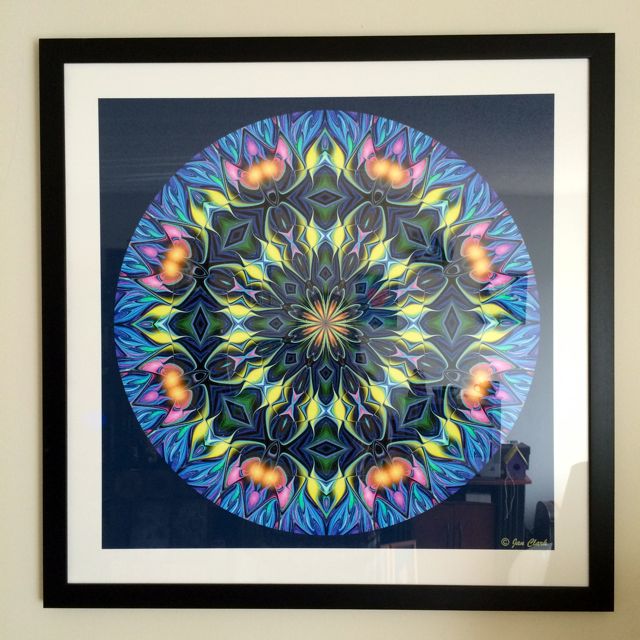 I ordered this print (which I bookmarked from deviantart.com MONTHS ago after we found it on a random Google search) and had it matted and framed through the site for a pretty good price. After breakfast, we headed to the movies! 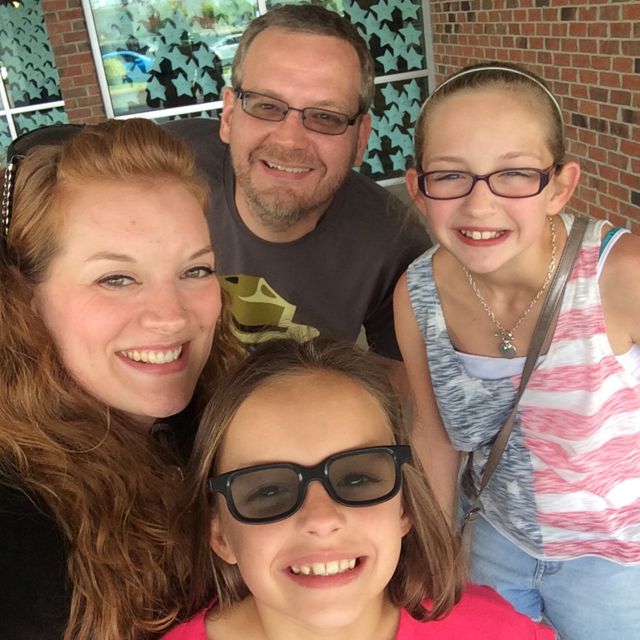 And saw Jurassic World in 3D! Jason and the girls had marathoned the previous films over the weekend and all had differing opinions on which of the four movies they liked best. I thought the movie was decent, but feel like you just can’t beat the first one! Besides, it IS the movie that made me want to be an archeologist when I grew up…till I found out that most of them end up in libraries and museums!

What (non-cake) dessert would YOU choose for your birthday?

Name one thing you wanted to be when you grew up?

8 Responses to A Belated Birthday for My Beefcake!