A few months ago, I did the unthinkable…

As the ultimate test of foodie willpower, I gave up all nut butters and the like for the entire duration of Lent.

Am I Catholic? No.

Did I think I may have had an allergy to tree nuts? No.

Did I have a moment of temporary insanity? Very possible. 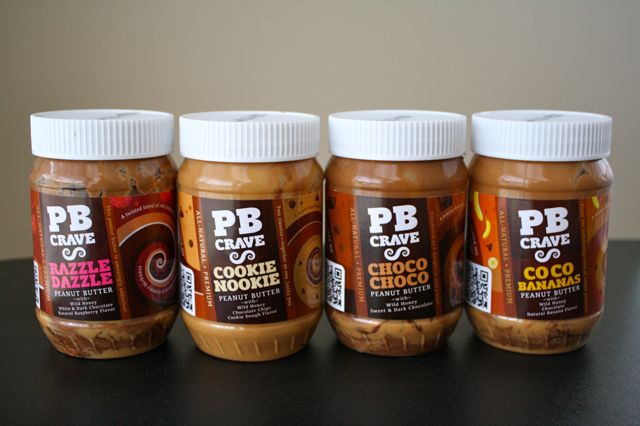 I’m not going to lie…it was hard. The first and last weeks were the hardest. I’m still surprised I actually made it through!

It’s no secret that I’ve had a few flings with the short, jarred, and spreadable variety in the past, but throughout all my escapades, there has been one – the one I kept coming back to – my anchor, my nut in shining armor…

Peanut Butter (or as most people know him, PB) 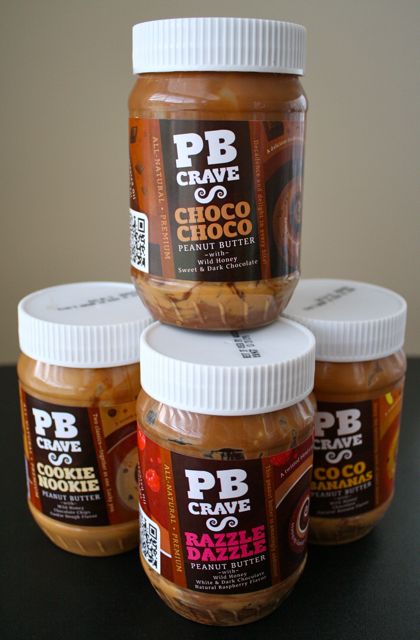 We had been  snack-mates for as long as I can remember…but for some reason, I never recognized my feelings for him. So many of our brown bag lunch dates I took for granted, blabbering on about how my mother could never remember that my sister was the one who liked oatmeal sandwich cakes, and not I.

In the summer, I was more concerned with the number of times I could jump through the water sprinkler or how I was ever going to master the art of a wheelie on my bike than I was with coming inside to have lunch with him. A couple of times, I’d sit with him on the front steps, but it was hurried and my mind was always elsewhere….

Summer days faded into school days and school days propelled me forward into the years. Once I got to high school, the days of brown bag lunches with PB were a thing of the past. Now my entire focus was spending my time with the captain of the football team, Pep Pizza. Strong yet slim, greased up, and loaded with preservatives, Pep was the object of my infatuation through the rest of my teenage years. It wasn’t until after graduation that I realized how unhealthy our relationship had become and what direction it was heading in.

I was starting to pull away, ready for a new life at college, while he was content to stay in our small town and take the junior varsity coach’s position that just opened up. He begged me to stay…even promising me french fries and ketchup, but I knew what I had to do…

On my first day of college, I pulled out a package of  brown paper bags similar to the ones from the days of my youth. I opened up the cabinet door, and there he was.

We began to spend a lot of time together…he introduced me to his relatives (Uncle Sunbutter and Cousin Coconut were always around) and we all enjoyed late night study sessions, carpools to work, heck, we even had a few breakfast dates! Before long, I began to realize that he was more than just a snack…

So this is where you would think the story would end “happily ever after,” right?

We’d been together so long…I could feel the natural course our relationship was taking and honestly, I started to get a little bored. I talked to him about some of my concerns so we tried to spice things up a bit…instead of just plain ol’ wheat bread, we moved on to oatmeal, pancakes, and even yogurt! Things were great for a while, but one day I woke up and realized I didn’t really know what life was like without him. I had become so dependent on him that I wasn’t quite sure if I could prepare breakfast without him.

So we had another talk. I told him I needed some space…from everyone…time to clear my head…to figure things out…and PB, being completely supportive told me to go.

There were many ups and downs during that time…moments when I thought I felt better without him and moments when I cried to my friends about his absence. In the end, I started to see the truth. I needed PB and even if he was too strong to say it, he needed me too…

When I awoke Easter morning, I knew where he’d be waiting…only I never thought in a million years, he would greet me with something special: 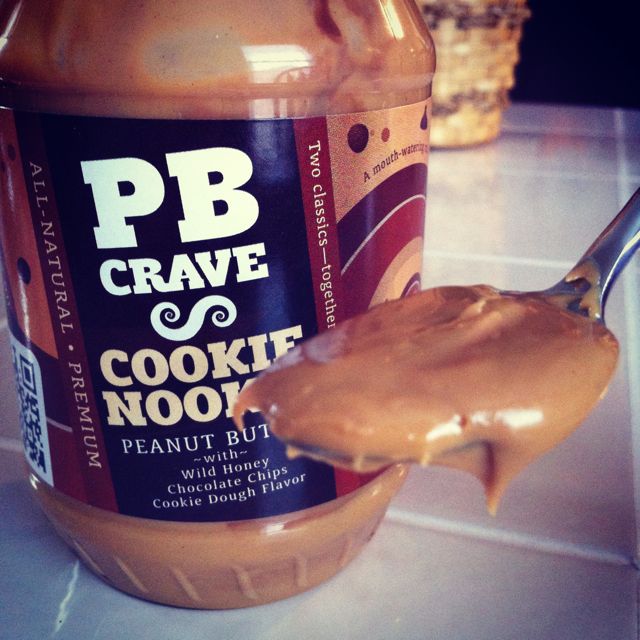 If diamonds are a girl’s best friend, then COOKIE DOUGH peanut butter is a foodie’s soul mate!

Through tears of happiness, and sounds of utter joy (yes, there were moans), I apologized for ever leaving him and I knew from that moment on that the spark would never die in our relationship again!

And I couldn’t have been MORE right!

PB didn’t stop with the cookies…since that day, we have been on a seemingly never-ending roller coaster of deliciousness: 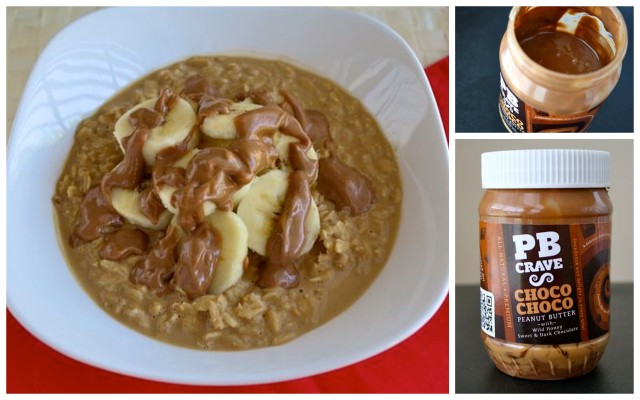 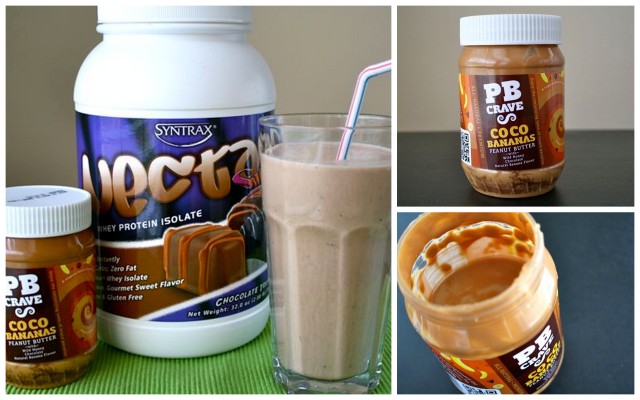 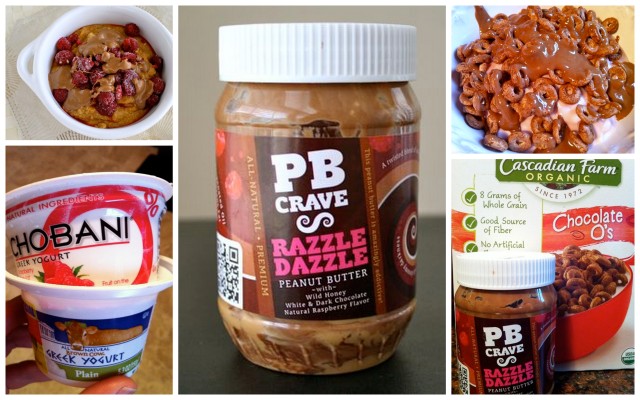 Ugh, I’m weak in the knees!

We have been having the time of our lives, every day tastier than the one before…and guess what!

We (along with the amazing people behind PB Crave) want to share some of that tastiness with one of YOU! 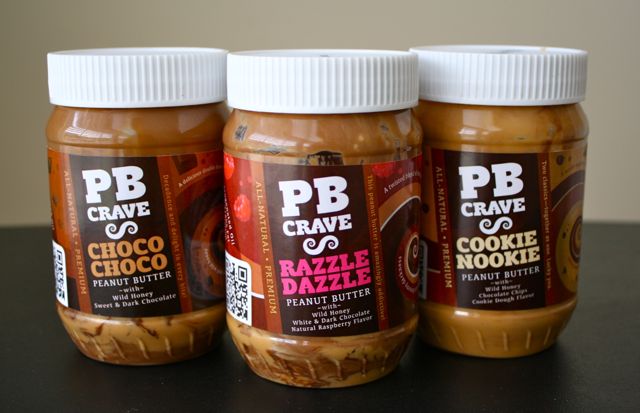 3 jars of creamy sweet deliciousness for you to have your way with…don’t worry, it’s free so it’s not like prostitution 😉

1. Leave a comment telling me your most favorite way to enjoy peanut butter!

Separate comment for each entry or it will not be counted!

The giveaway is only open to those of you in the US (sorry my international peeps) and will run until midnight (CST) on Friday May 18, 2012 with the winner announced later that night! Good luck!

*Although PB Crave did send me their peanut butters free of charge, I am in no way being compensated for this review/giveaway.