What I {Intuitively} Ate Wednesday

Posted on October 12, 2011 by kissmybroccoli

As always, a big THANK YOU to Jenn for putting on the best link up party in blogworld!

I know a lot of you may be familiar with the term “intuitive eating”
But have you ever given it a try?

Sometimes it’s hard to just eat what we want when we want it. With work, school, and/or other activities, is it really possible to just drop everything and go get that ____ we’re craving at that exact moment?

“Ahem, excuse me Mr. Boss/Teacher/other type of authority figure, I know we’re kind of in the middle of something important here, but I’m gonna take off now so I can go home and make that dish I saw on Food Network last night, because that’s what my body really wants for lunch and I HAVE to honor that. Thank you.”

Um, yeah, I’m thinking that’s a good way to get

2.) a spot in the unemployment line!

So I tried a little experiment. This weekend, I took a day to “honor my hunger” and this is what I came up with: 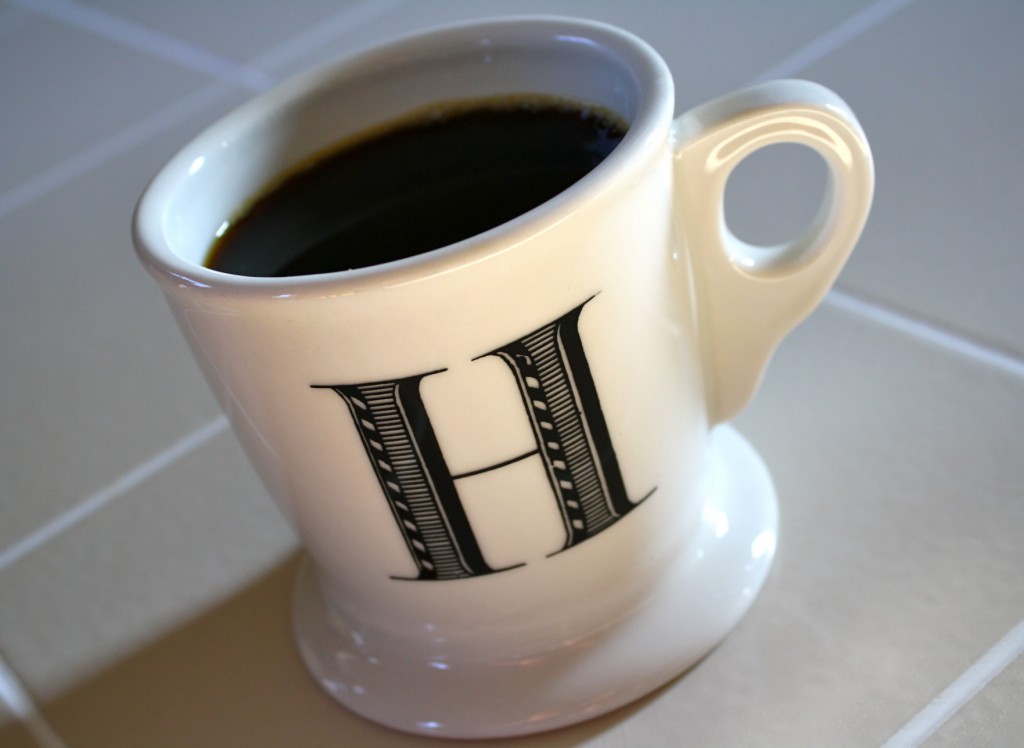 Only the weekend version is almost always x TWO! 😉

I know I can do without it, but I’m pretty sure I’m “honoring” some sort of cue since coffee is what makes me happy. And who am I to deny myself a bit of happiness everyday, right? 😉 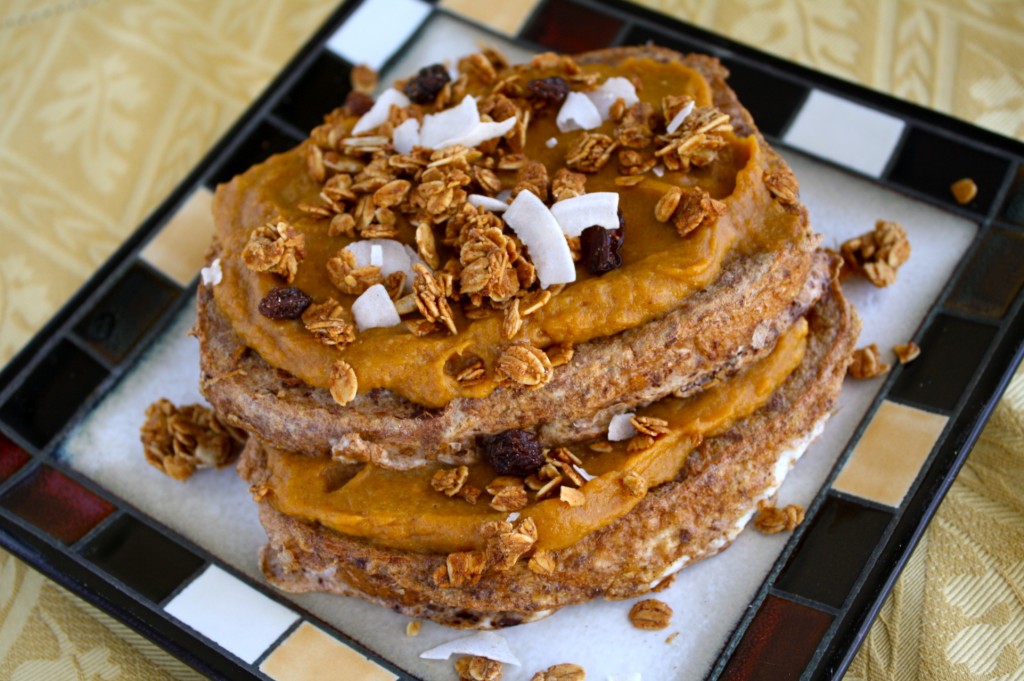 During the work week, I have to stick to a pretty set schedule when it comes to my meals, but if I had it my way, I would enjoy my coffee, relax a little bit and THEN have breakfast!

As filling as my breakfast was, I was a little surprised when at 12:30, I found myself getting hungry again, but instead of over thinking the reasons WHY I felt hungry, I decided to just go with it and make a little yogurt bowl. 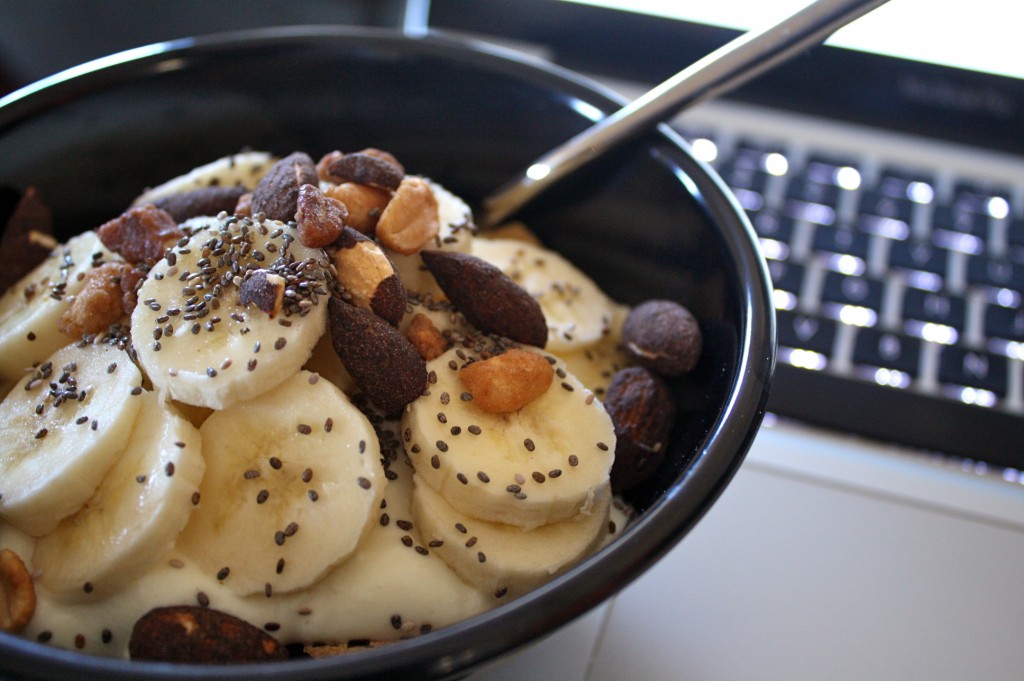 Chobani Banana Champions, 1 small banana, chocolate peanut butter mixed nuts, and a sprinkle of chia seeds (for no other reason than the fact that they make my bowl look pretty! ;))

Oh, and I popped one of these bad boys with my first bite: 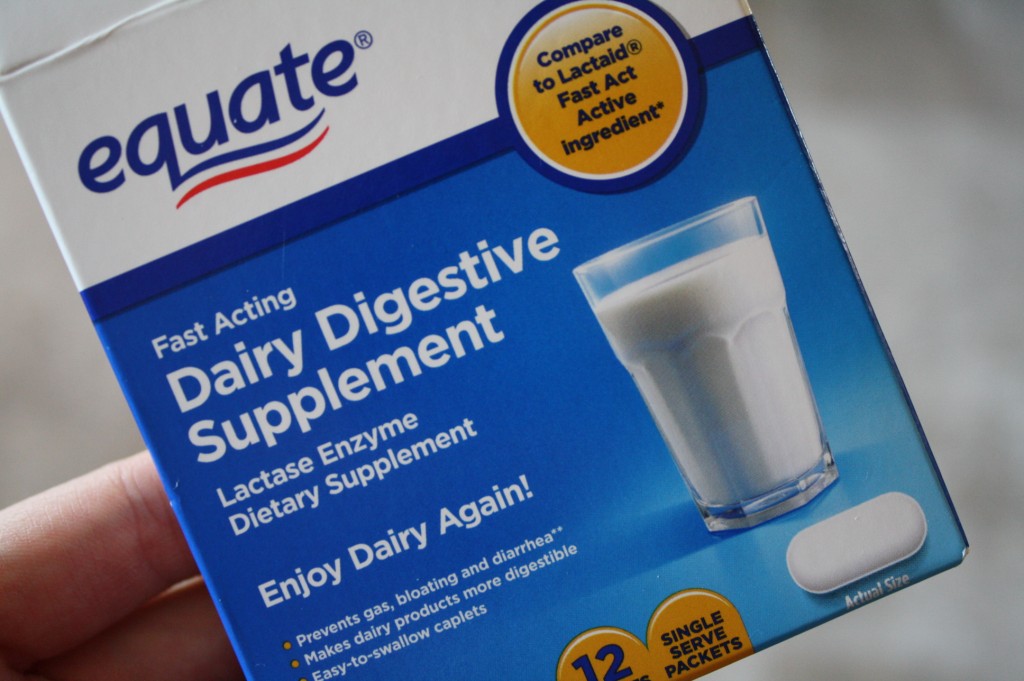 That kept me satisfied for about 2.5 hours so around 3pm, I snacked on an apple. 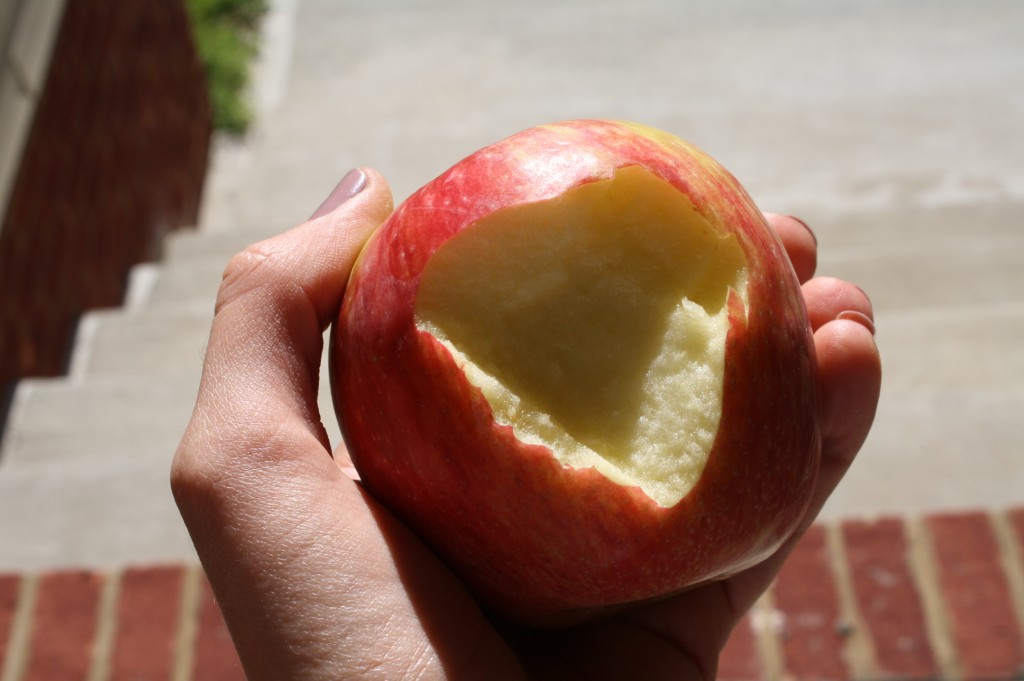 Honeycrisp with a side of Vitamin D!

After I got home from the gym, I chopped up 1/4 kabocha squash, drizzled it in olive oil and threw some garlic, smoked paprika, and S&P at it before popping it in the oven to roast while I jumped in the shower.

Once I got out of the shower, I snacked on some raw okra while I waited for the squashies to finish cooking 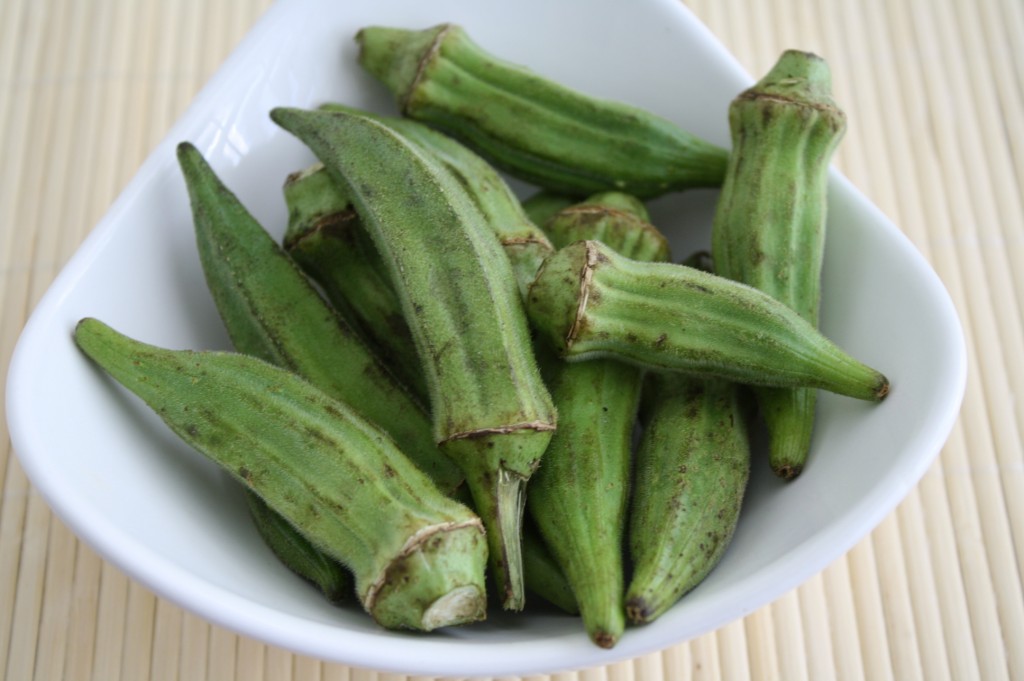 To go along with my roasted squash, I decided to try out a new find from my last Trader Joe’s run: 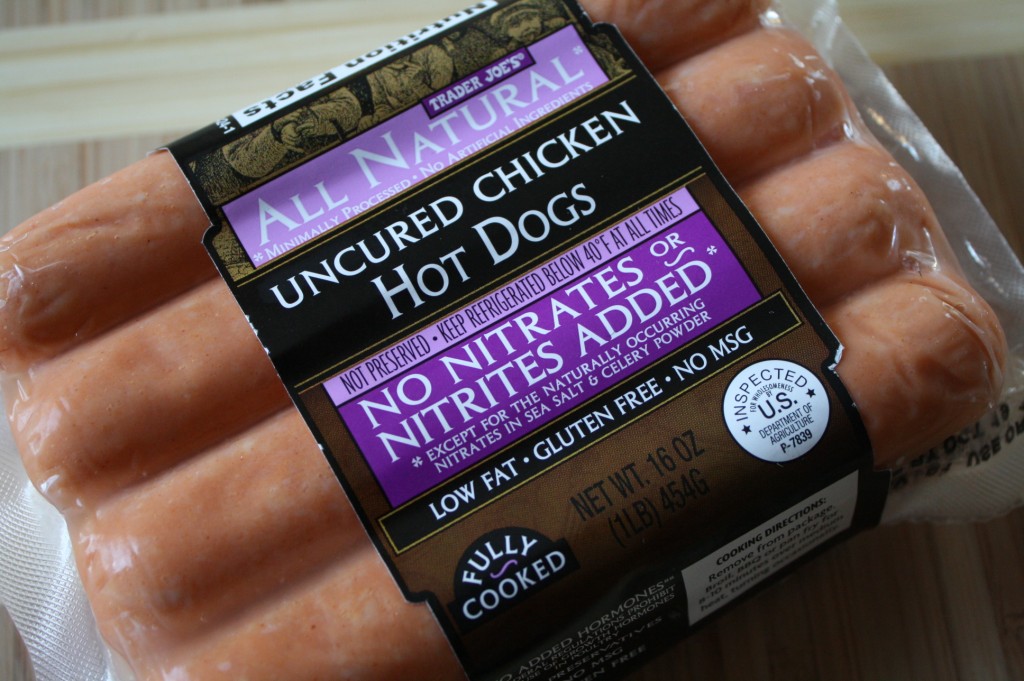 Who you callin’ CHICKEN?! 😉

I ended up with a big ol’ plate of deliciousness… 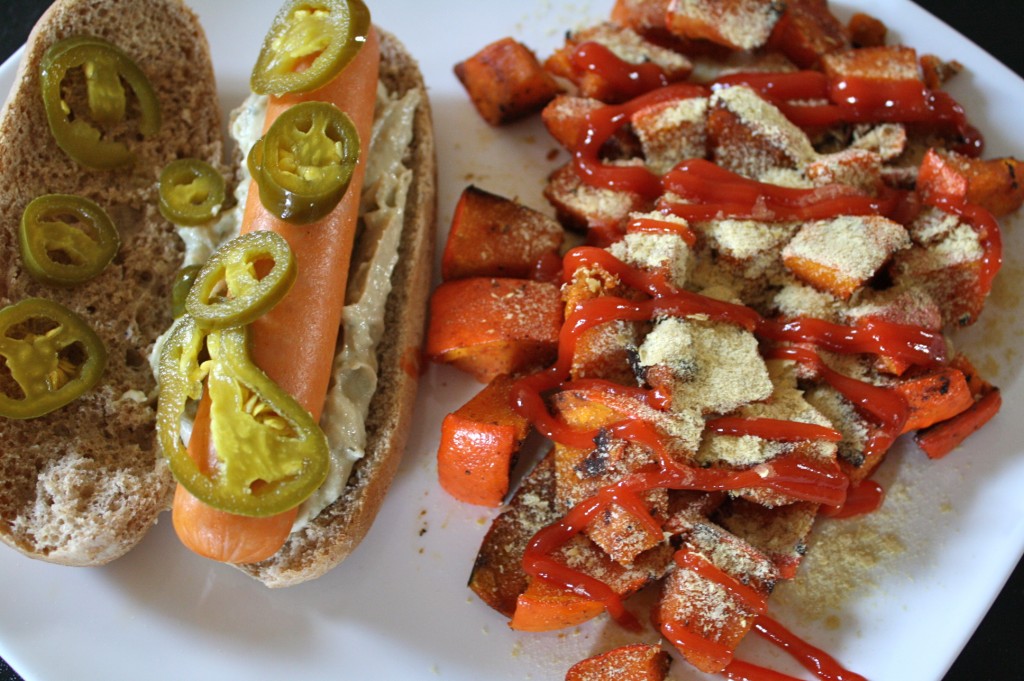 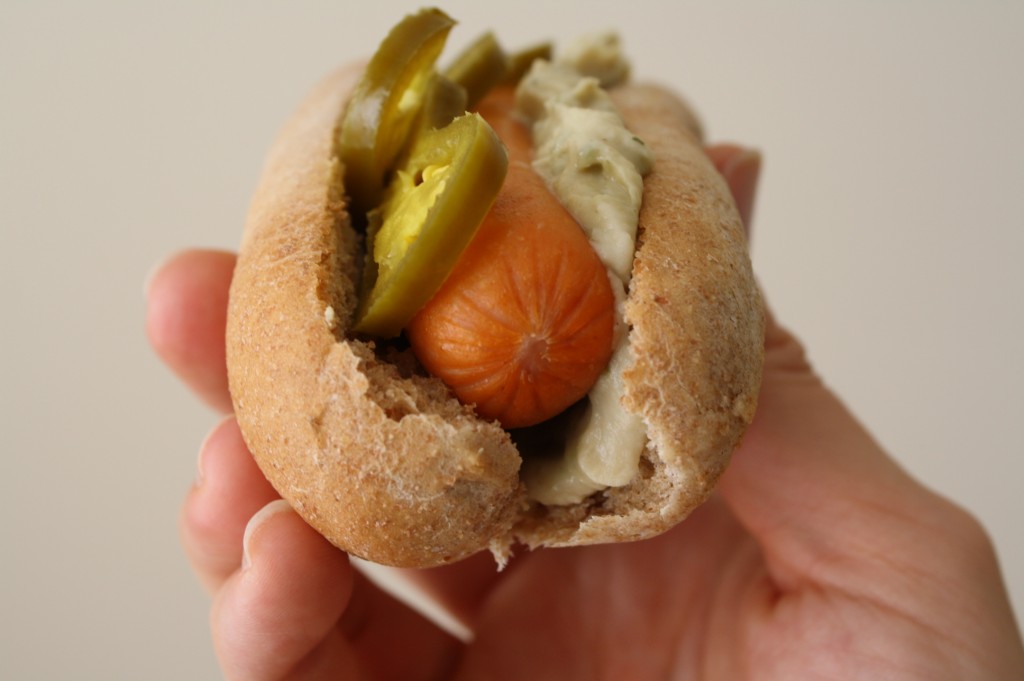 After dinner, Lettie and I met at the local winery for “Jazz on the Lawn” (aka, listen to music and taste all our wines for FREE!). We ended up tasting 1-2 glasses worth and then later, decided to go to her place and have a real (as opposed to fake) glass of wine while talking about everything from wild nights at Subway to our favorite nut butters!

Next thing I knew, it was nearly 3am!

I made my way home thinking I was going to do a face plant into my memory foam pillow when as soon as I opened the door, I was practically smacked in the face with hunger.

Instead of trying to convince myself that I should just go to bed (and probably wake up starving a few hours later), I decided to have a snack… 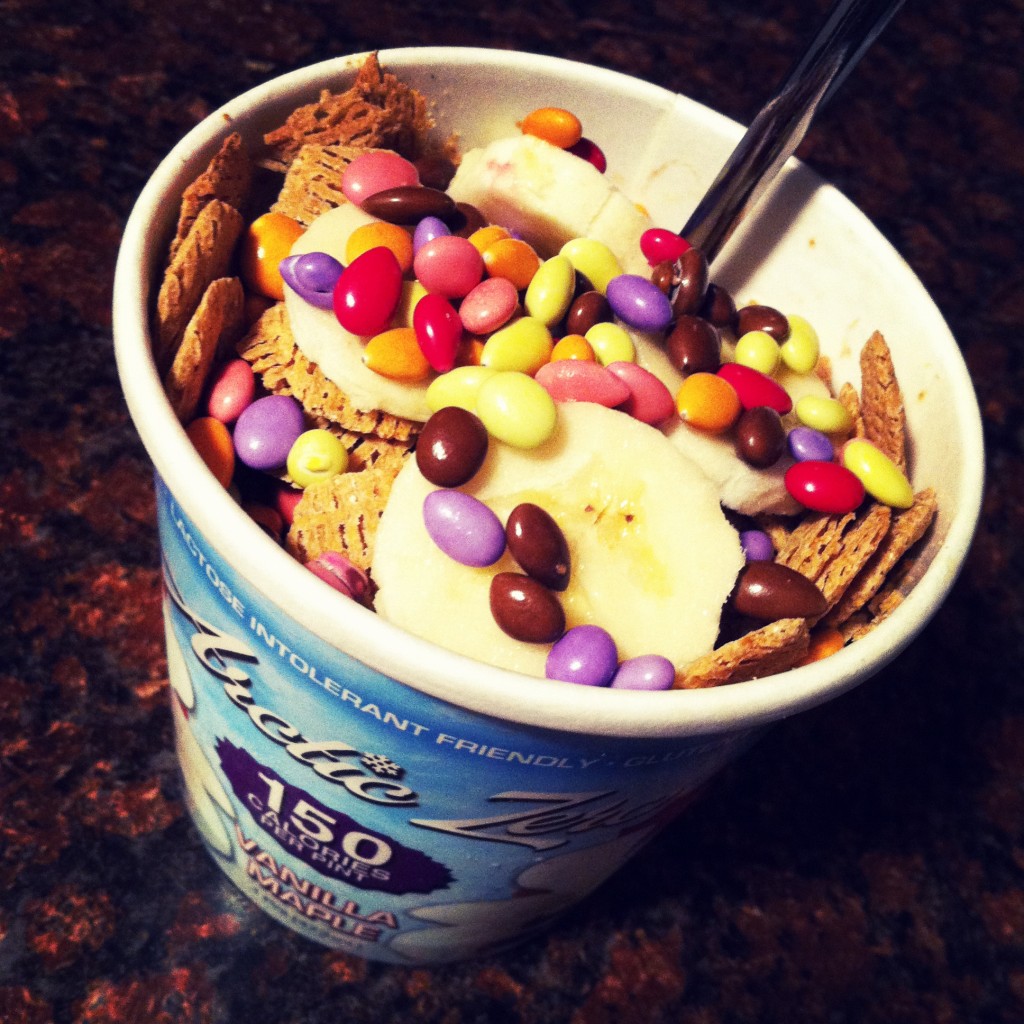 And that’s when this beauty happened!

At the end of the day, I knew nothing of the amount of calories/carbs/fat/whatever I had consumed, but I felt good about my food choices.

…I didn’t stick to a schedule…

…I didn’t over-analyze every tummy rumble…

I honored my hunger AND my body while giving it the nutrients it needed AND satisfying my cravings as well!

Have you ever tried eating intuitively?

Do you hold your hot dog/veggie dog from the top or the bottom when eating?
I’m usually an over-hander when it comes to hot dog eating, but under-handed makes for better photography! 😉

50 Responses to What I {Intuitively} Ate Wednesday