I’m so glad you like the foodie recap from this weekend at Blend Retreat…I can’t believe we crammed so much deliciousness into one weekend!

Because we DEFINITELY earned it.

Starting bright and early Saturday morning with the FitMixer sponsored bootcamp led by Lindsay and Tina: 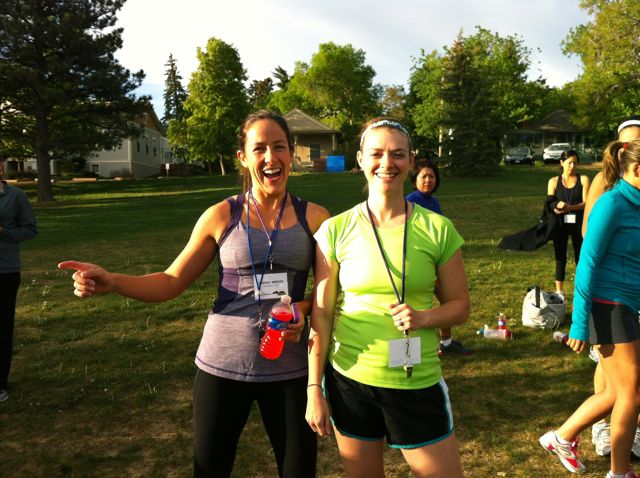 I have to admit, when they busted out the whistles, I was a little nervous…

But it was so much fun…I guess following the Tuesday Trainer workouts DID pay off! 😉    I even learned a few new moves that I’m going to try incorporating into my own circuit training. 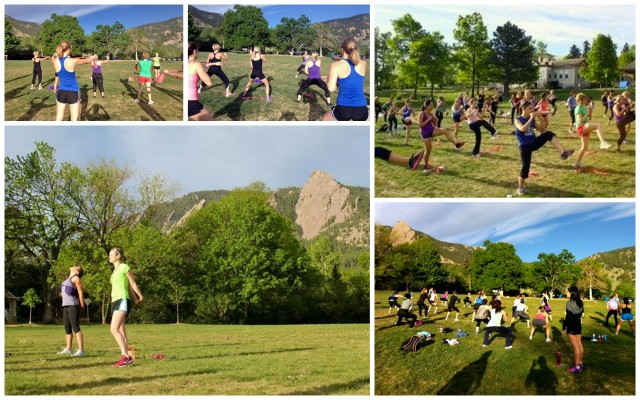 We warmed up with a jog and some dynamic stretching, then Lindsay and Tina took turns taking us through their sets of strength, cardio, and “butt burner” moves. But that wasn’t even the best part…

The best part was when we got to play with BALLS! 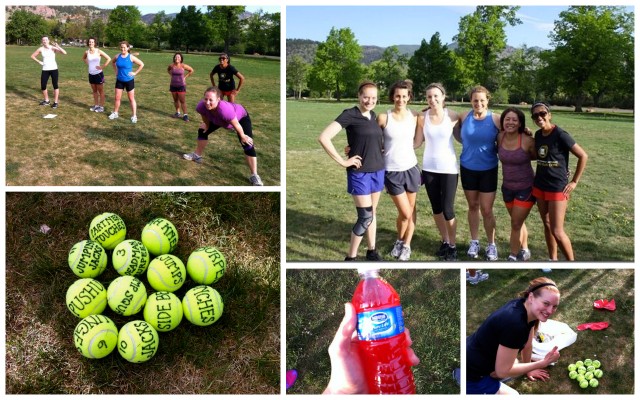 First, we were separated into teams…

Then we were introduced to our balls and given the breakdown:
1. Each tennis ball has a workout move printed on them
2. Pick a sprinter from the group
3. Sprint to the pile and grab a ball
4. Sprint back to your team
5. Then everyone on the team has 60 seconds to perform that move
with as many reps as possible. 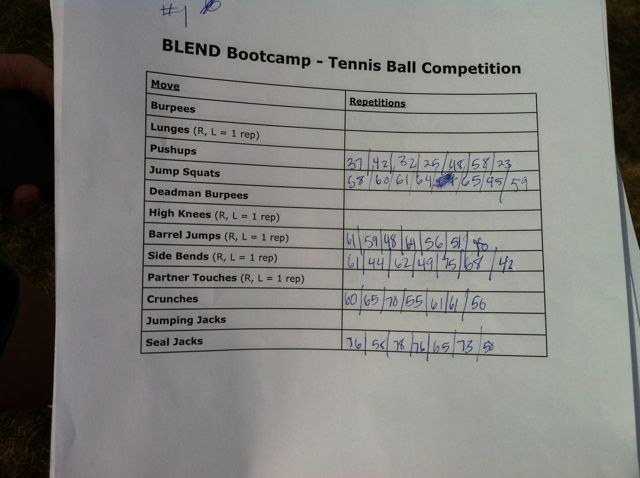 We didn’t have enough time to perform every move, but it was enough to break  out the competition…AND the sweat! 😉

Blame it on the endorphin rush or the fact that I was now STARVING for breakfast, but for some reason I got a little snap happy following the workout… 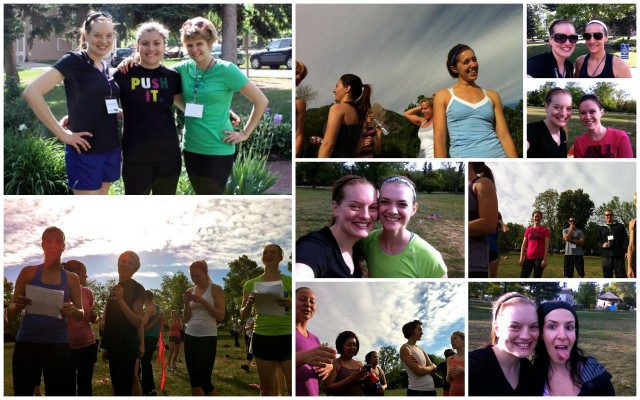 After our kick ass breakfast, we all headed back to our cabins to change and pack up for our hike in the Flat Irons!

We met back up at the at the main area in front of Chatauqua, picked our Simply Bar flavor (hike sponsors) and got on our way… 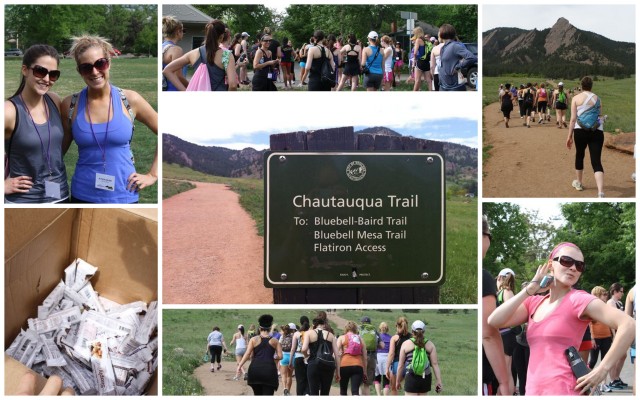 As we made our way up to the start of the trails, I could not get over the view… 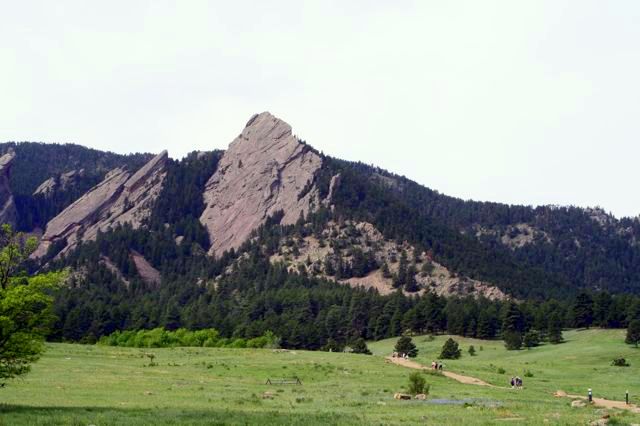 Um, yeah…we don’t have mountains like this in Tennessee! 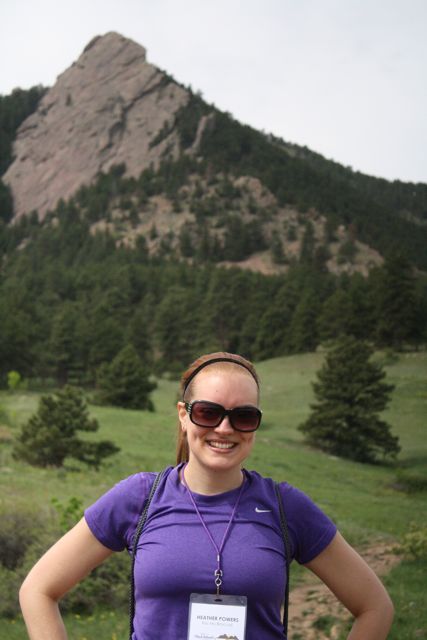 And this was no stroll through the hills… 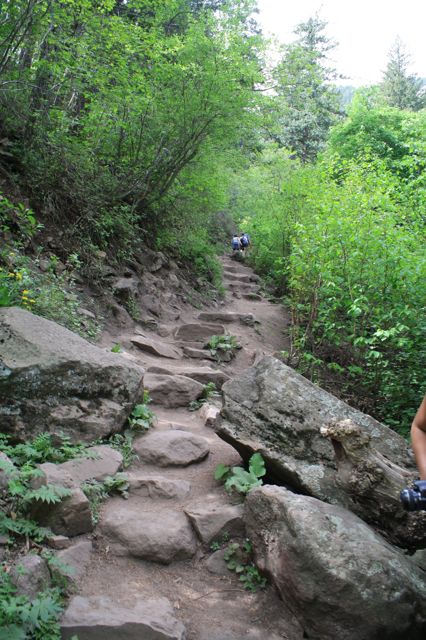 Just check out that incline!

But even with most of us out of breath from either the almost vertical climb or the higher elevation, we made it look GOOD… 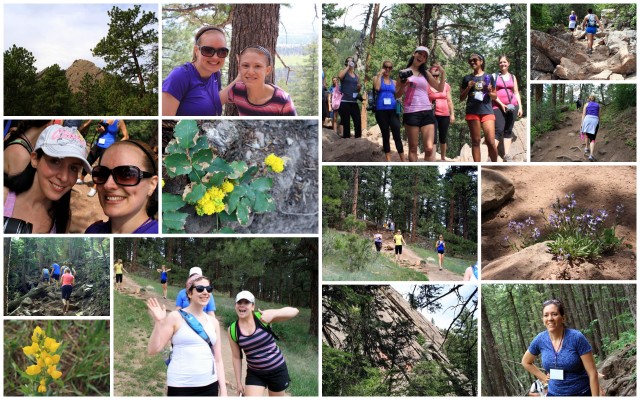 When we got to Sentinel Pass, I thought we had made it to the top so I started snapping away… 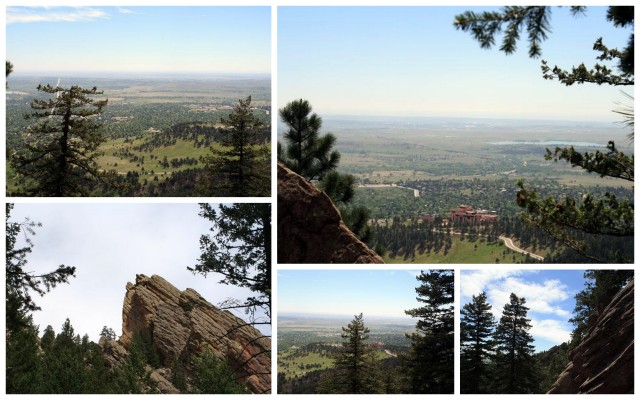 Then, I turned around was shown a sign that our trek had not yet come to an end… 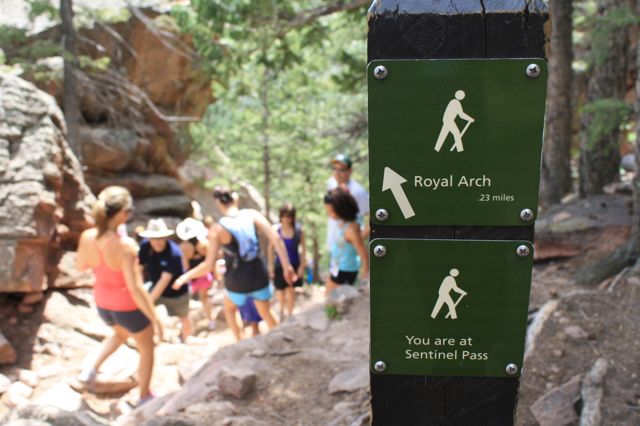 Then, after the longest 0.23 miles of my life…we finally made it to the top! 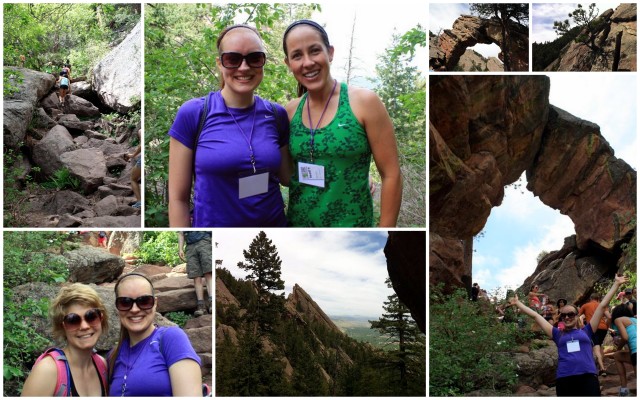 And you know what? All that muscle burn, sweating, and huffing and puffing was a distant memory as soon as I saw this: 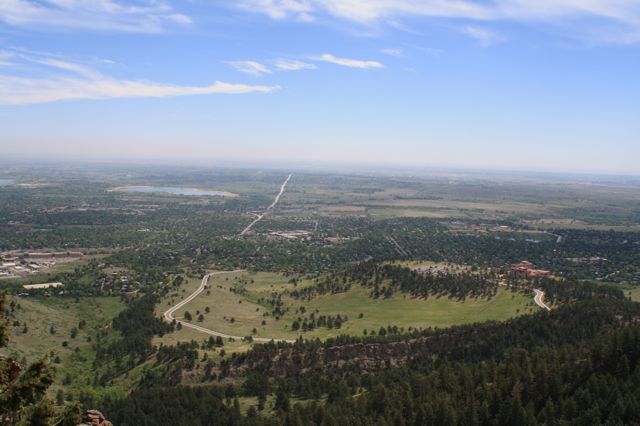 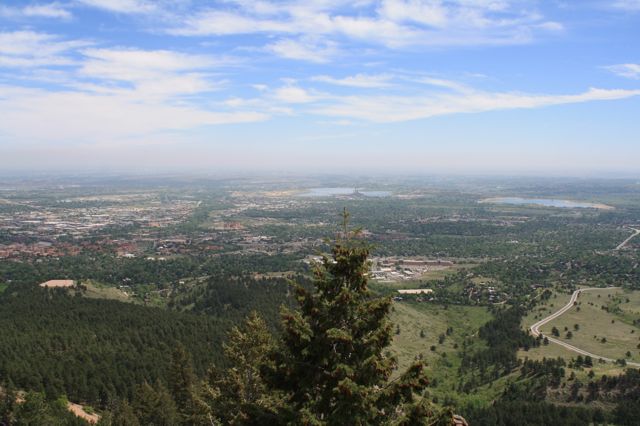 I love how the horizon just seems t0 fade into the sky!

I could have stayed perched on that mountain top forever…the breeze was perfect, the view incredible, the company warm. 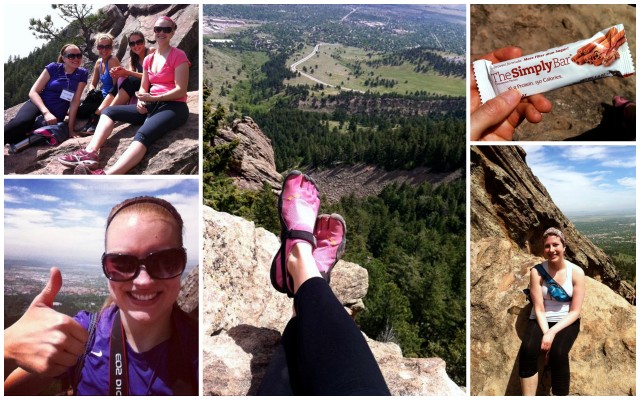 But after the high wore off, I realized I was dirty and sweaty and one Simply Bar just wasn’t gonna cut it!

So off we went, down the mountain side to get cleaned up for our night on the town which was FULL of deliciousness…I’ve already told you about all of that, but I wouldn’t blame you for wanting to drool over those pics again! 😉

Have you ever been on a hike…I mean a REAL, climb until your quads are smoking, hike?