Posted on September 4, 2012 by kissmybroccoli

Well, I’ve already been at it for a couple of days, but now that the long weekend is over, it’s time you guys joined me in getting back to the grind! But don’t dread it…think of it this way…we’re just THAT much closer to another weekend!

And so close to another WIAW that it’s ALREADY HERE!! 😉

Just when I thought I couldn’t love Jenn anymore, she has to go and pick another FABULOUS theme for our weekly celebrations!

This month, the theme is “Falling” into Good Habits where we can all share our delicious eats but also get ahead of the whole New Year jazz and set a few healthy goals/resolutions for fall! Perfect timing Jenn, because there just so happens to be a few things I’ve been wanting to aim for, like… 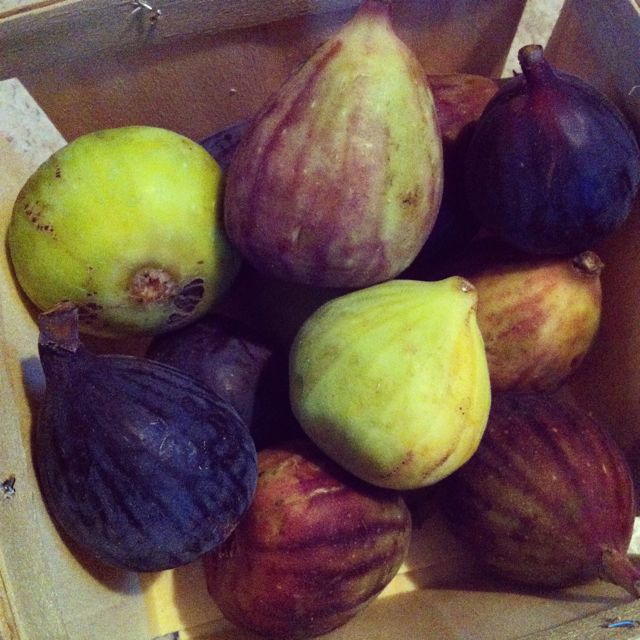 While I’ve ALWAYS been a fan of dried figs, I’ve never really had that “wow” moment with a fresh one, but after seeing Ashley’s DELICIOUS-looking figgy smoothie the other day, when I saw some at the store the other day, I felt compelled to give them another shot.

I think it’s all about the combo…on their own, I just don’t find them flavorful enough, but mixed in a bowl of plain Greek yogurt, with a crumbled oatmeal raisin cookie and a little cinnamon? 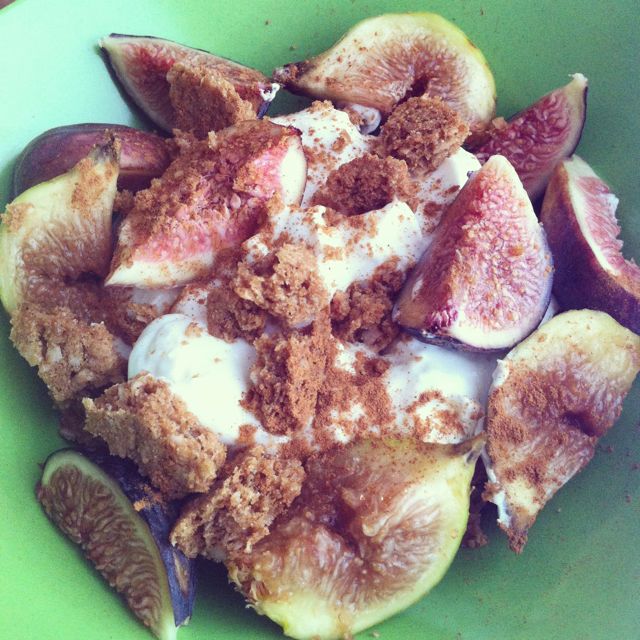 Folks, we have ourselves a winner!

I’ve still got a few more left, but have a plan for them…I’ve been told to stuff them with goat cheese, wrap them in prosciutto, and barbecue them…now THAT I have to try! 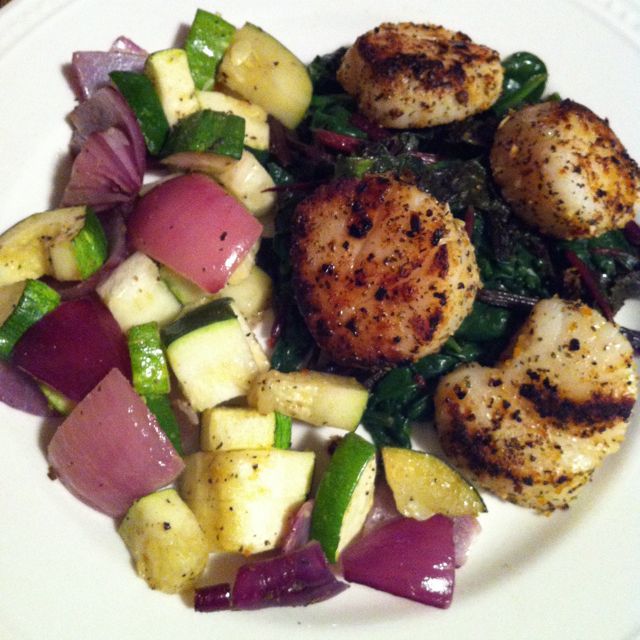 The other night, I whipped up a fantastic dinner of pan-seared scallops (just coated them with spices and threw them in a skillet), sauteed greens, and roasted veggies and was reminded of how much I’ve missed eating fresh seafood.

I don’t usually buy a lot of  fish because since I prefer to buy only fresh/wild caught, it can get a bit pricey. There are occasions that I can find such things around here, but it’s rare so while I was in Nashville this weekend, I picked up these beautiful scallops and a few other fine fishy specimens, wrapped them up and stuffed them in the freezer!

Now, to just remember that they are in there! 😉 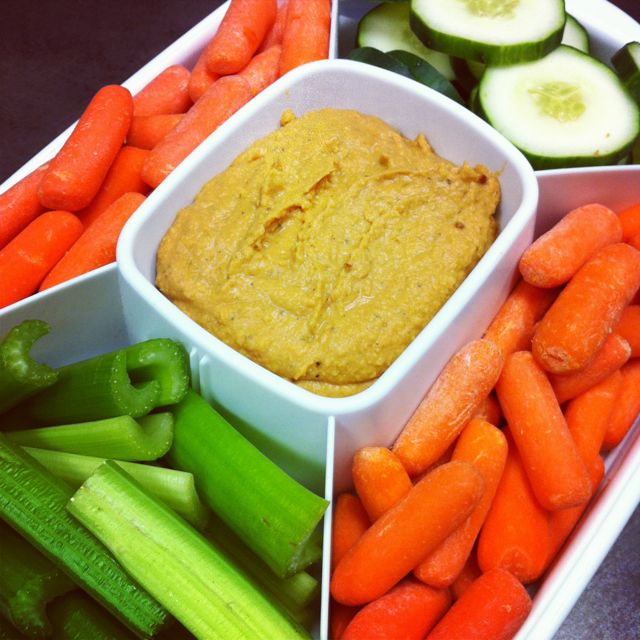 With the eminent close of summer in the air, I’ve been eating my weight in blueberries, cherries, peaches, nectarines…I think you know where I’m going with this.

While fruit is most definitely a heathy snack, I want to keep balance in mind and remember that there are delicious veggies I could be nibbling on too!

Last night, we had a small potluck at work and I whipped up a batch of “throw together” hummus and served it with organic celery, carrots, and cucumbers… 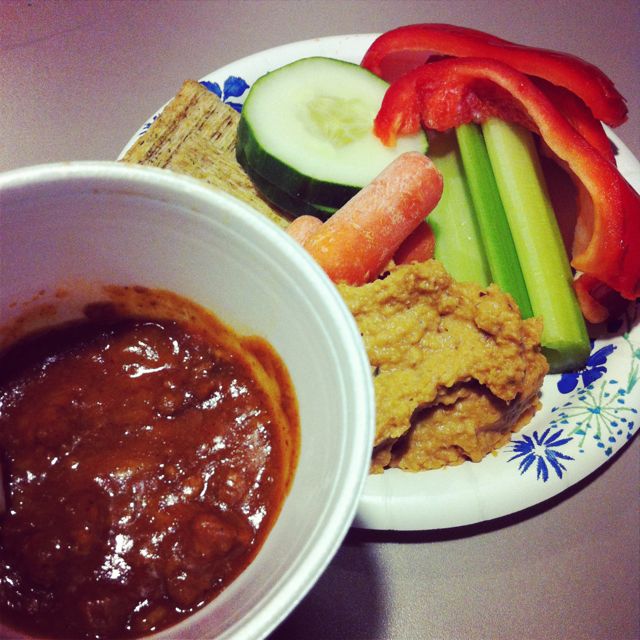 Add some red bell pepper, crackers, and a side of meaty chili (that was totally regarded as another dip) and call it dinner! 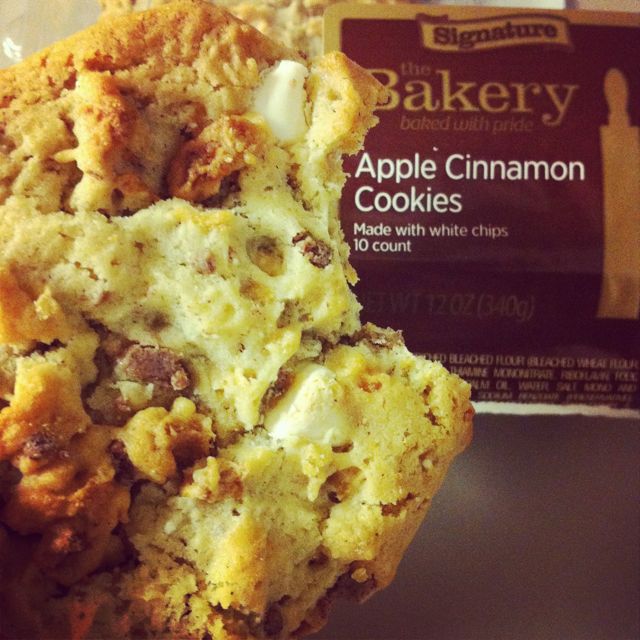 Speaking of potluck, there was NO WAY I couldn’t talk about this AMAZING cookie!

I’m not much of a baker, so I don’t know if I’ll try to go the cookie route, but I CAN’T wait to get in the kitchen and whip up something with this amazing flavor combo!

Maybe you’ll see them soon in the form of pancakes? 😉 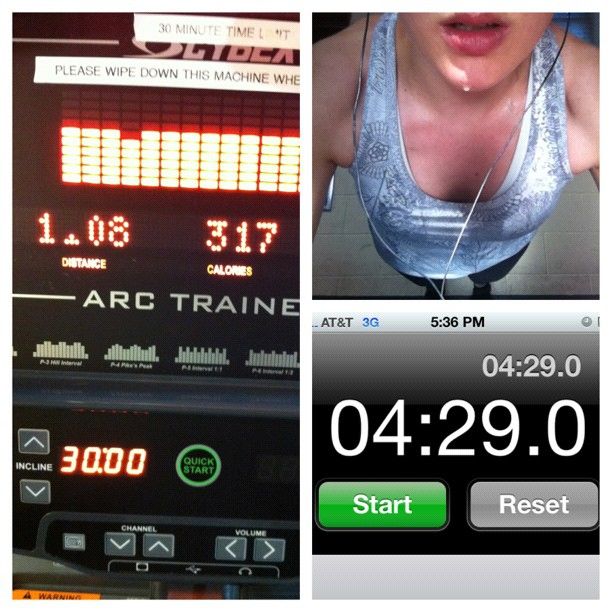 After a GREAT workout on my favorite piece of cardio equipment at the gym today, I felt like I still needed a little something more so I figured I’d do a plank or two, but I’ll admit after seeing all of Calee’s plank #proof on Instagram over the last week, the competitive side came out in me…

My arms were shaking, my abs were screaming, and there may or may not have been a puddle of sweat beneath me…but it felt SO GOOD and now? Now, I want MORE!

Do you have any goals you’ve set for yourself recently?

What’s the longest you’ve ever held a plank?
Don’t be shy, when I first started, a minute seemed like a YEAR!

Now, head on over to Peas & Crayons to see how everyone else plans to “fall” into some good habits this season…who knows, maybe you’ll get an idea or two! 😉

53 Responses to “Falling” Into Good Habits