What I Ate in St. Louis

Posted on October 23, 2012 by kissmybroccoli

As I promised in yesterday’s recap post, today is ALL about the eats…

Join me in shouting a big THANK YOU to Jenn for hosting our favorite weekly celebration…and once you finish drooling over what I’ve got to show you, head on over to Peas & Crayons and check out all the other delicious link ups! 😉

Like I said, I got in to St. Louis on Friday night…a bit late due to some traffic…so I was grateful that Eric had planned on a quiet night in. Before my trip, he had mentioned the famous St. Louis-style pizza that was a must-try so when he called and asked what I was in the mood for for dinner, there was absolutely no thinking required!

He ordered a deluxe from the must-eat pizza place in St. Louis…Imo’s Pizza! 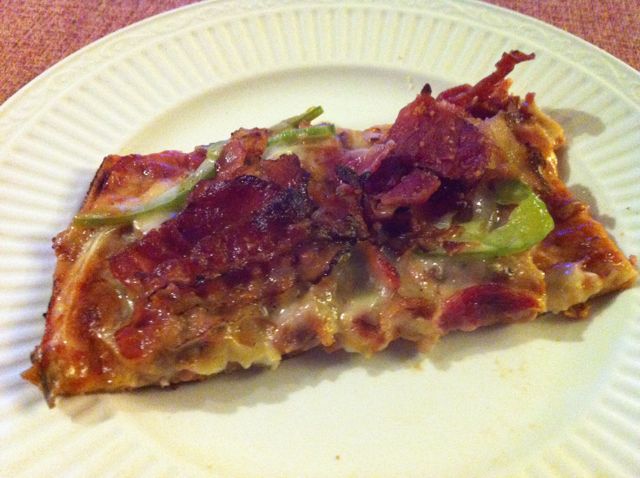 Check out that bacon would ya! It’s like a whole strip!

That was my plate…times THREE! 😀

Had I known he had plans for dessert, I totally wouldn’t have had that third slice, but hey, there’s ALWAYS room for ice cream, right? 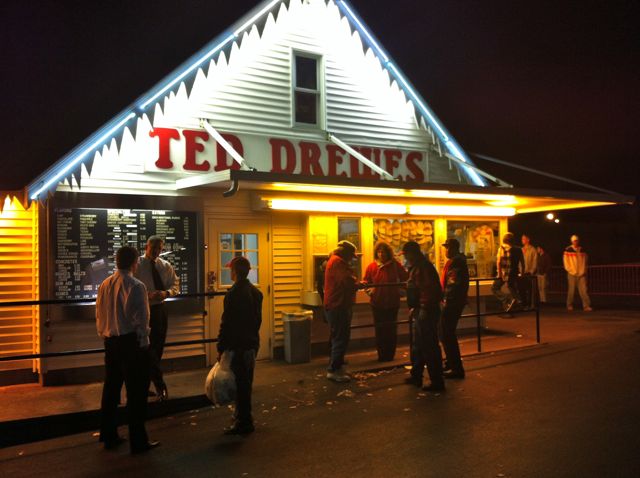 Or should I say frozen custard, or “concrete” as everybody calls them!

Ted Drewes was just like I expected but I was a bit overwhelmed with all their choices! In the end decided to go with the “Southern Delight” (vanilla custard with pralines and butterscotch) while Eric went with the “Moolicious” (marshmallow custard with Oreos) 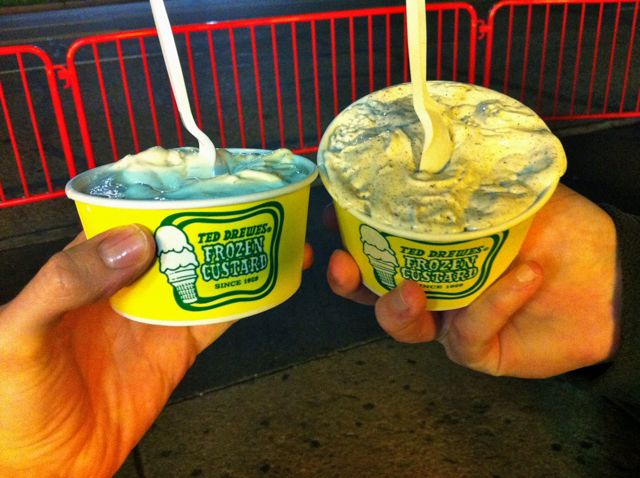 The next morning, after we had drooled over everything at the farmer’s market, Eric decided to cash in his one request of my visit… 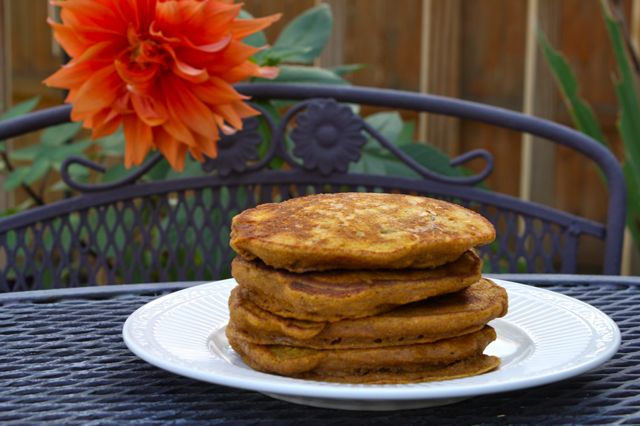 Recipe coming Sunday!…Oh the agony of having to wait SO long!!! 😉

After a LONG day of walking around the art museum and the zoo (all I have to say is it’s a good thing I had an emergency stash of bars in my bag), we went to one of Eric’s favorite sushi places, Nippon Tei, for dinner.

We started out with a FREE edamame appetizer, miso soup,
and this seriously impressive house salad! 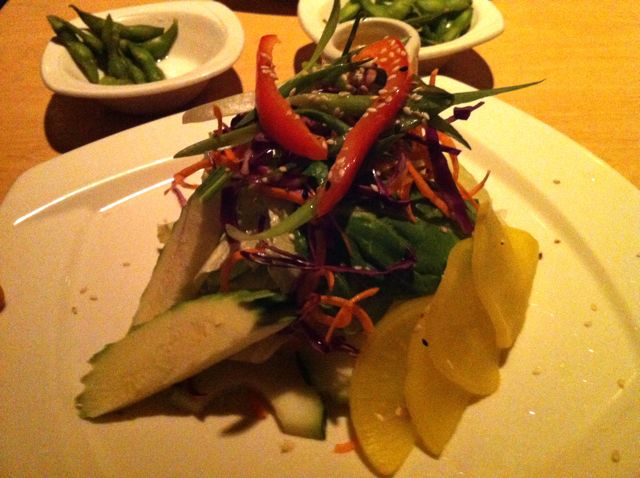 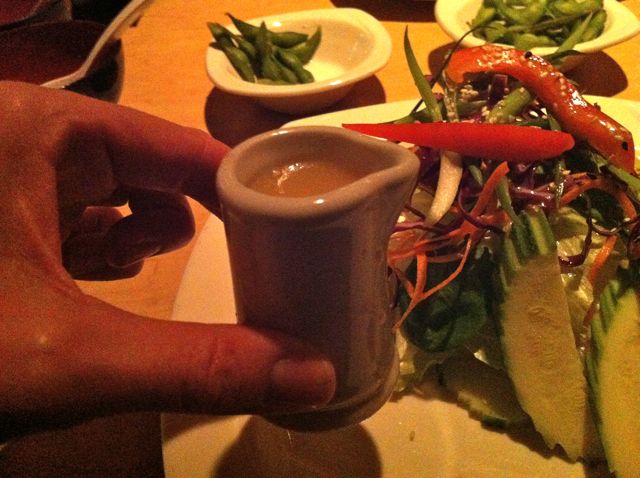 That came in the CUTEST little cup! 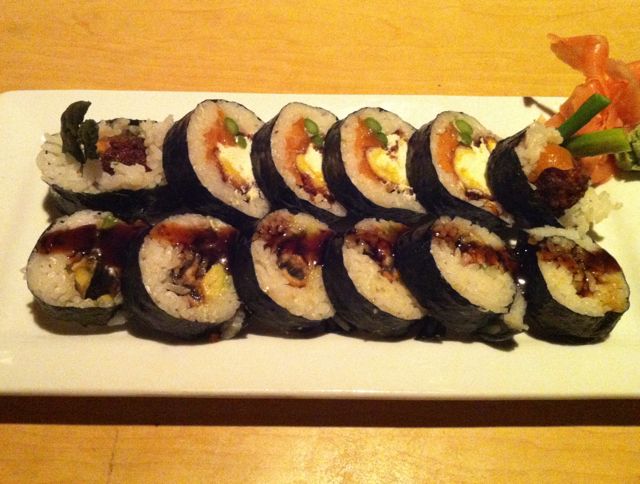 Eric ordered two rolls, an eel and a Philadelphia. 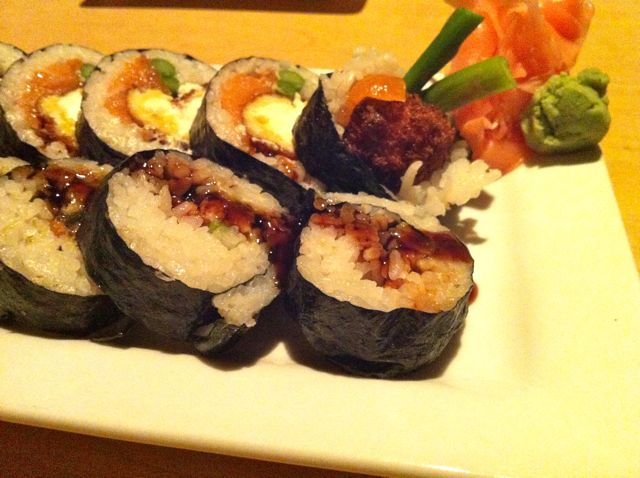 Unfortunately, they skimped on the eel…it was mostly rice. 🙁

I contemplated my options and decided to go with one BIG roll…the Zen! 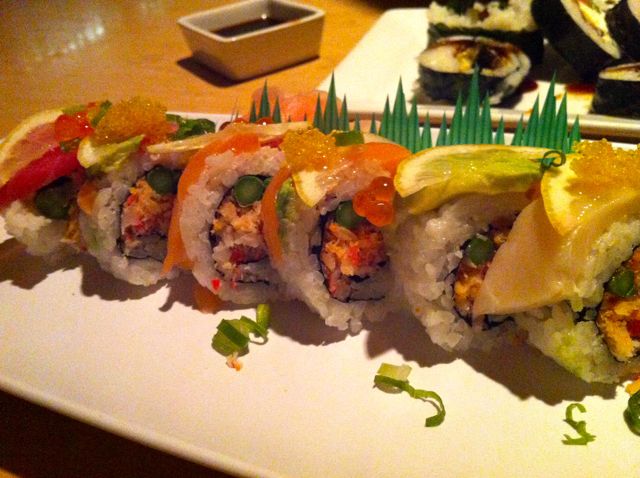 Crab, asparagus, and lobster topped with either salmon, tuna, white fish, or avocado, and lemon slices and roe. 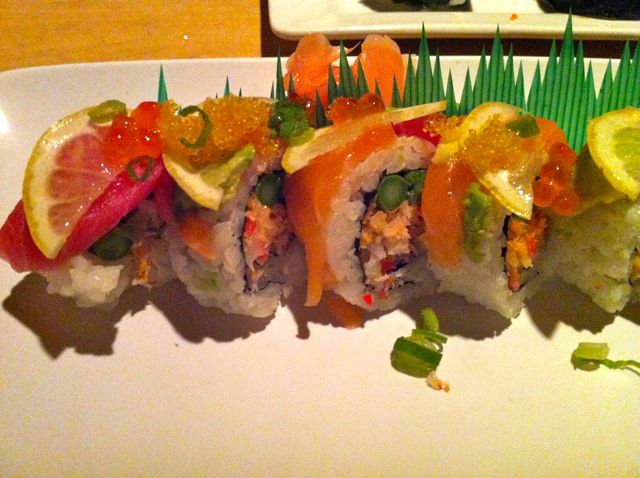 The lemon slices were the perfect touch! 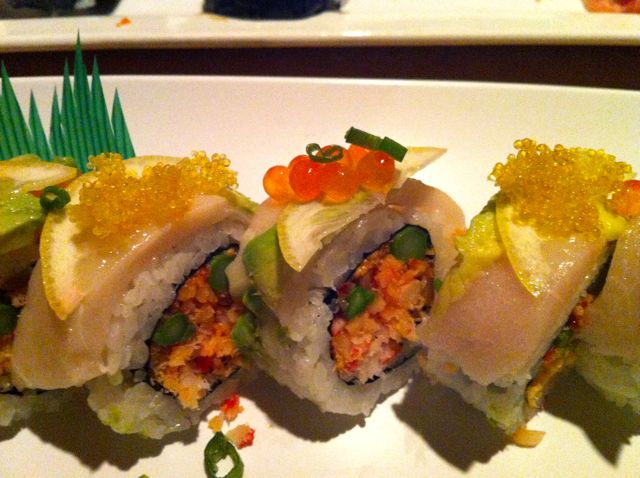 It was Heaven on a plate!

Later that night, we went out for a few drinks.

I ordered the chocolate martini and loved it but then saw that they had a
PUMPKIN MARTINI and I got super excited!
Well, it ended up tasting AWFUL (sad face) so I traded it in for an espresso martini instead which was just ok.

You win some, you  lose some!

After a late night, which involved some SNL and leftover cold pizza noshing (cold pizza is the BEST!), we woke up a bit late on Sunday. While Eric would have been perfectly happy to have another plate of pumpkin pecan pancakes, I felt it was my responsibility to expand his knowledge of pumpkin-flavored breakfasts… 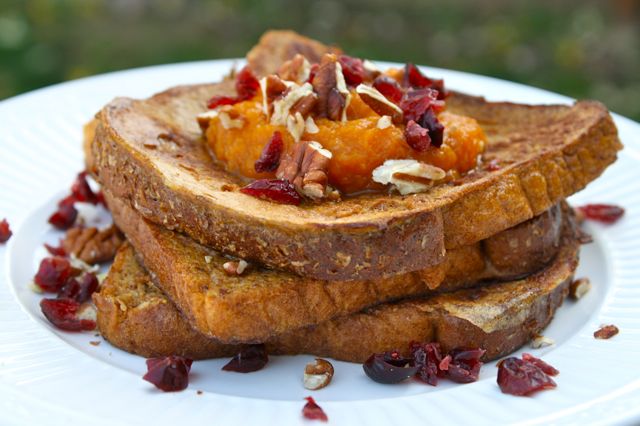 After that we were off for our tour of the brewery and our claustrophobic trip to the top of the arch! We were going to head over to Pappy’s for some real St. Louis BBQ, but sadly, we had JUST missed them. We tried a couple of other places, but out of sheer ridiculousness, most everybody was closed at 4pm on Sunday.

Except for Mom’s Deli! 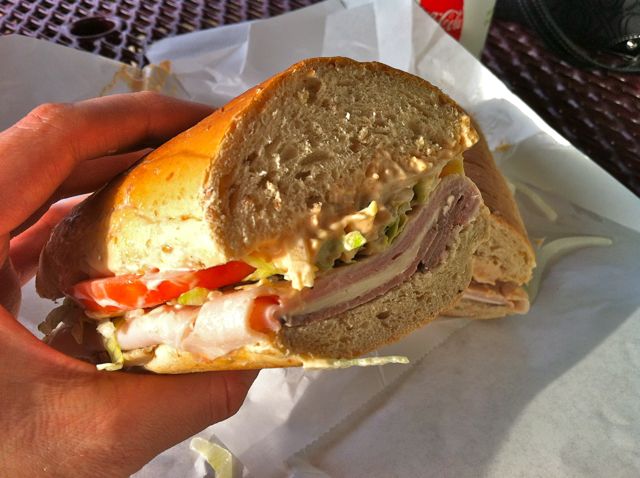 We both got their most popular, Mom’s Special…turkey, ham, and roast beef with lettuce, pickles, onion, tomato, and their house-made thousand island…on whole wheat French bread. 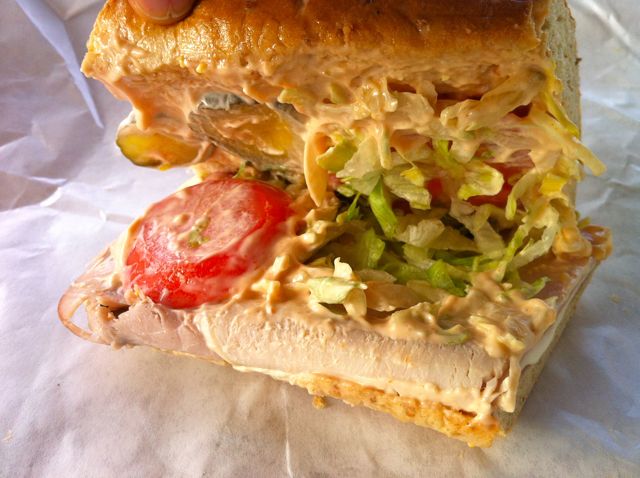 It may not look like much, but this was a pretty ballin’ sandwich!

And the leftover half tasted even better once I got home, popped it under the broiler, and threw some sauerkraut on it! Hmm, reuben/cold cut mashup? 😉

Whew! I just made myself hungry!

What’s the best thing you ate during your last vacation?

53 Responses to What I Ate in St. Louis