Getting Buff with My Blends 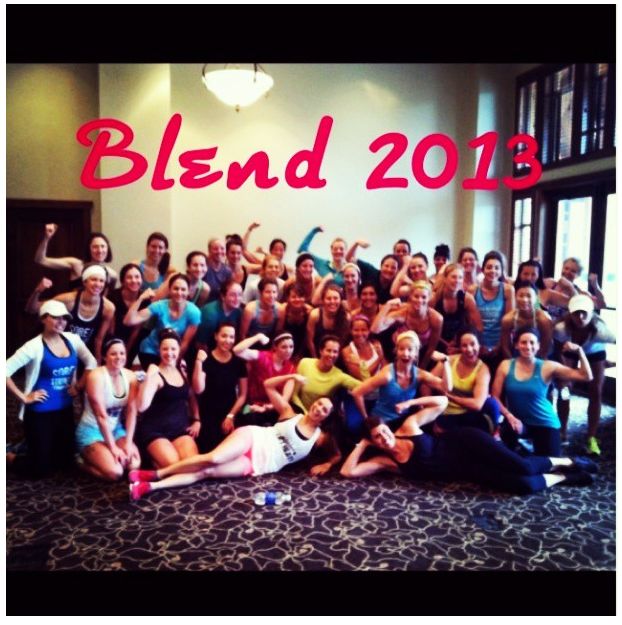 Don’t let all those smiling faces fool you…

Within 24 hours at least HALF of us could barely lift our arms! 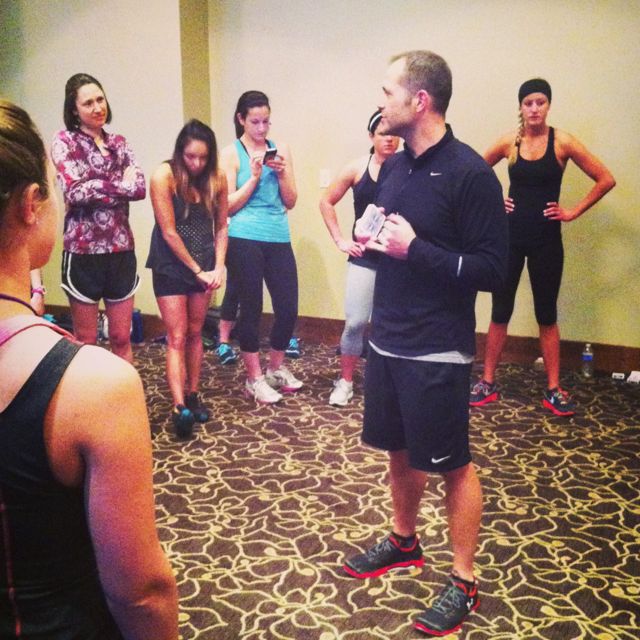 The man responsible for the DOMS…

Some call him Neil.

I call him The Burpee-nator!

I assume you all know what a burpee is, but just in case, this is how it goes…

For all you visual learners out there, allow Julie, Sarah, and Sarena to show you!

We started with a deck of cards workout on Saturday morning.

Each card represents an exercise. In our case it was sit ups, push-ups, lunges, and you guessed it BURPEES!

The number on the card represents the number of reps. Face cards count as 10. Aces 15. And for our workout, jokers were a 2 minute run. At the end of the workout you will have done 200 reps of EACH exercise and 4 minutes of running.

My knee wasn’t quite ready for jumping so while the other girls were burpee-ing it up, I stuck to squats…and only yesterday started walking normally. 😉

A few hours later, fueled by copious amounts of muesli, we were at it again!

There was a scheduled hike, but since it had stormed the night before and was pretty muddy, not everyone joined in on the slip & slide/war paint adventures. A few girls went down the road to a yoga studio while a big group of us stayed at the resort for Annette’s impromtu zumba party! 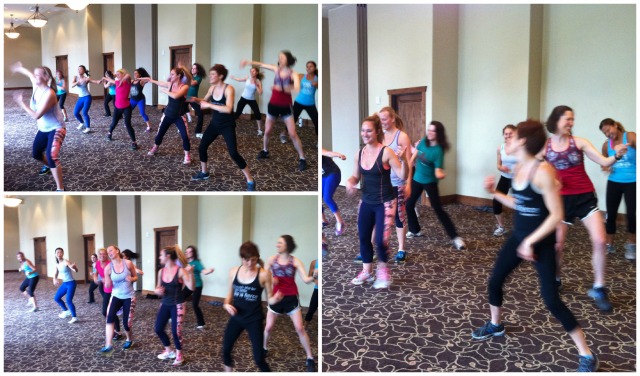 NONE of us knew what we were doing, but hey you only have to say air guitar ONCE! 😉

If you’re wondering what I looked like doing this, it looked pretty much the same as Laura… 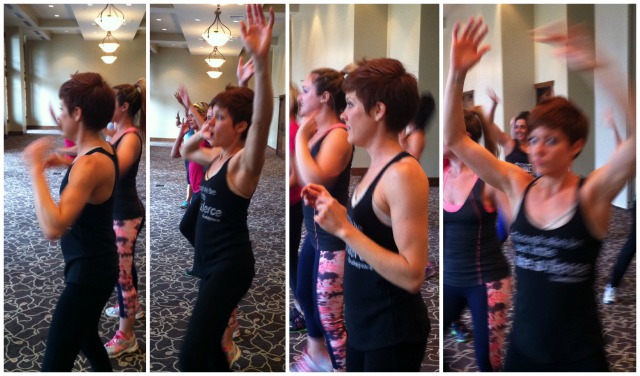 But wait, it gets better… 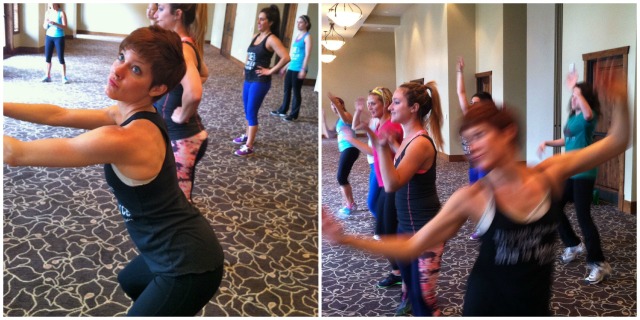 Yeah, she’s probably gonna kill me for this!

By the end of the class we were laughing our abs off and I have to say, there was a new sexiness about us… 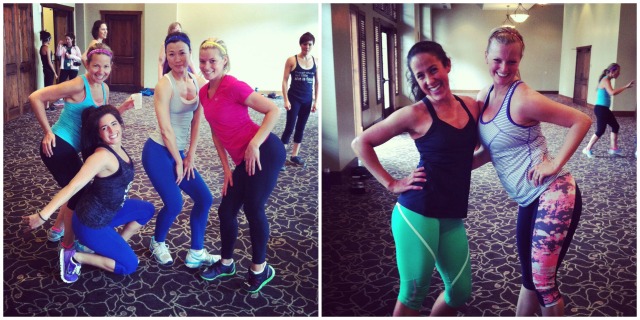 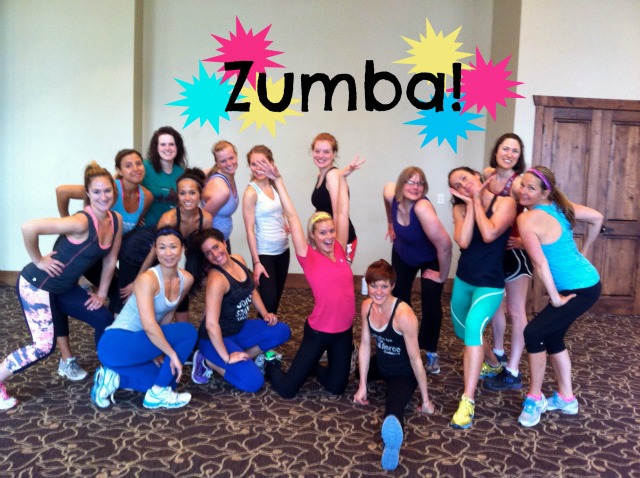 On Sunday, it was time to get our asses kicked again…er, I mean, have MORE fun with Neil of GPP Fitness! 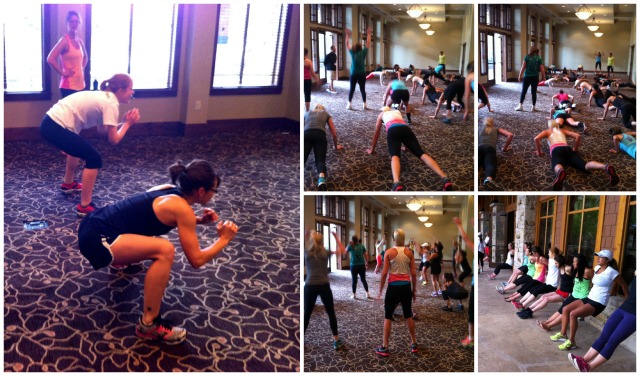 With even MORE burpees!

This time the exercises were based on time…we did squats, push ups, burpees, and he even threw in some triceps dips outside!

Oh and a little tip I learned this weekend:
When you do push ups, touch your chest to the ground…THAT is where the muscle is made/pain is formed when days later when you realize you’ve lost the ability to hug someone!

Guess it’s a good thing the man-friend didn’t pick me up at the airport! :-/

Like the day before, I did my fair share squats and push-ups and even some triceps dips, but I also took some time to work on my bicep curls… 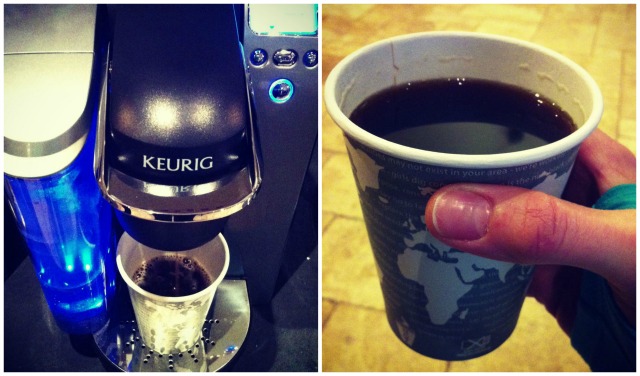 Thank you Green Mountain Coffee for providing the weights! 😉

I was really proud of myself for doing as much as I did during the workouts. I pushed myself to try all of the exercises, modified them (or opted out) when needed, and even though I’ve complained about my soreness to ANYBODY who would listen over the last few days, I really had a TON of fun! 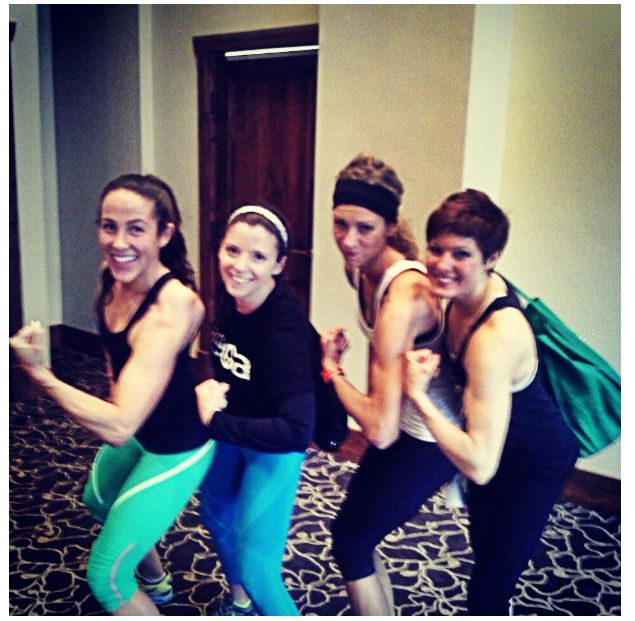 And who knows…maybe a few more workouts like this and I can have guns like these girls! 😀

Thanks Lindsay for letting me steal your Instagram pics…even though you only know now by seeing them!

Are you a Zumba-er or are you like me and have the rhythm of a stick?

40 Responses to Getting Buff with My Blends