Okra-z For My Pen Pal!

It’s FINALLY time for this month’s Foodie Pen Pal Reveal…you seriously have no idea how excited I was to receive my package from Brooke a few weeks ago and I’ve been DYING to share the deets on all the goodies she sent me! 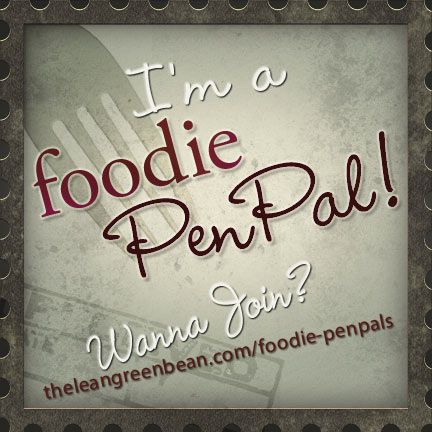 The day it came in the mail, I was really late getting in from work so I just sat the package on the kitchen table and figured I’d open it in the morning…

Such a great idea…because when I woke up to this, it felt like CHRISTMAS morning! 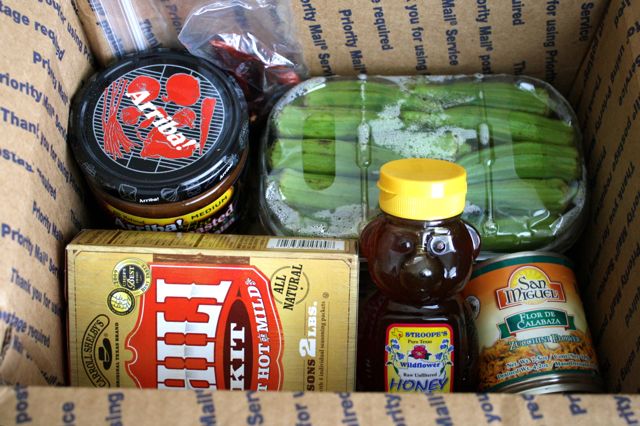 Um, can we say this girl knows how to do her homework? 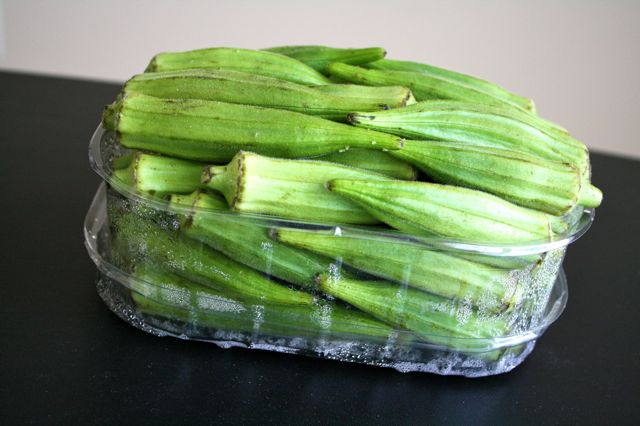 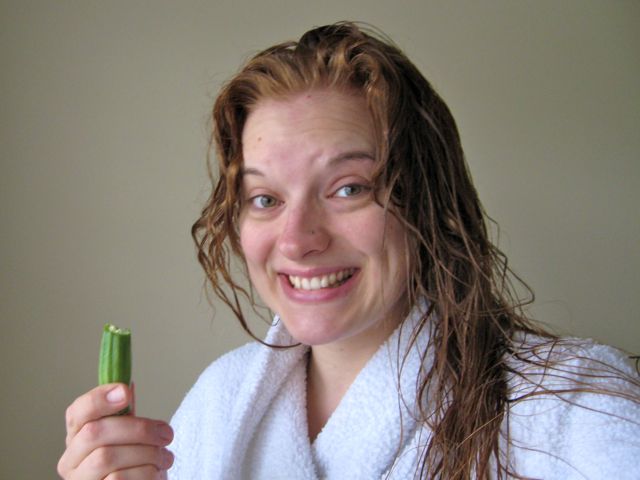 To say I was a excited is a bit of an understatement. 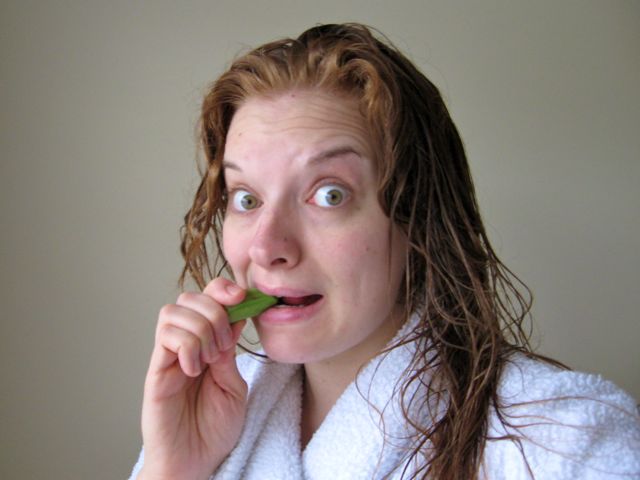 Although I’ve been saying for MONTHS that I’m going to try Sarena’s baked okra, unfortunately none of these little green beauties made it ANYWHERE near a heat source.

I continued crunching on them through the week, until the totally expected happened: 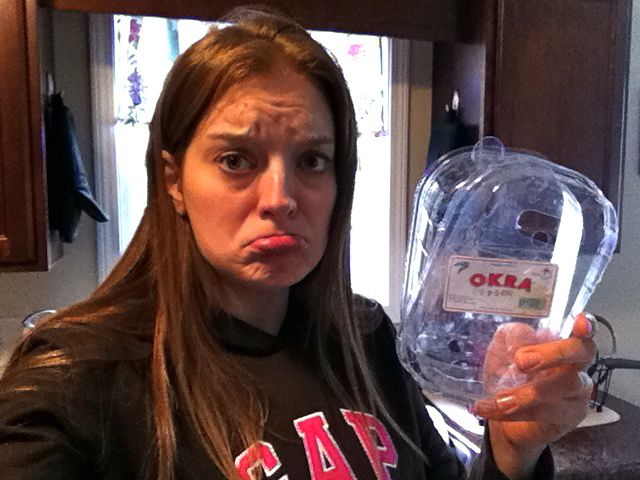 And then I had an okra meltdown… 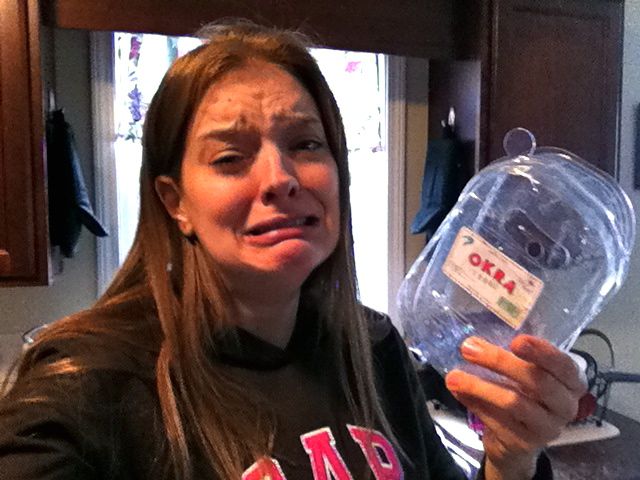 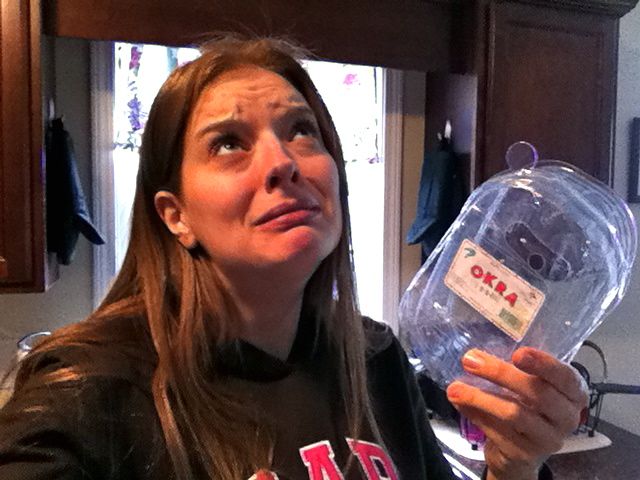 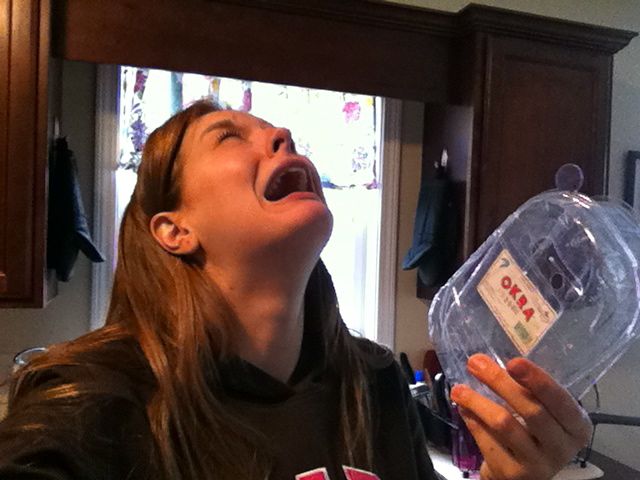 After continuing on with the rest of the stages of the grieving process, I finally turned my attention to the other package inhabitants. 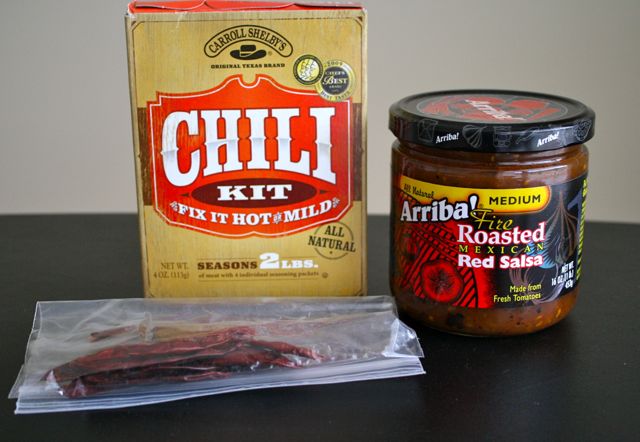 I missed my chance to put the chili seasoning and dried peppers to good use weekend before last when we were having our relapse into winter…but I was way too busy laying on the couch getting in touch with my inner extra terrestrial. 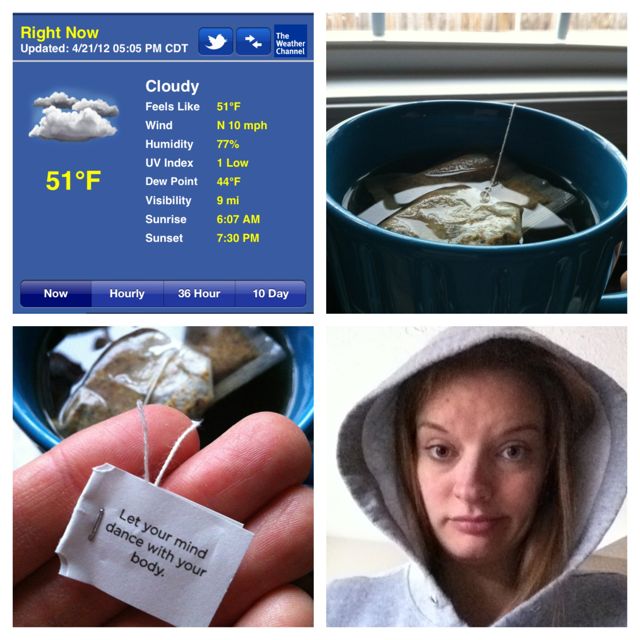 What is it about being cold that makes you not want to move…sorry Yogi, there will be NO dancing for this gal!

But I did crack open that fire roasted salsa! 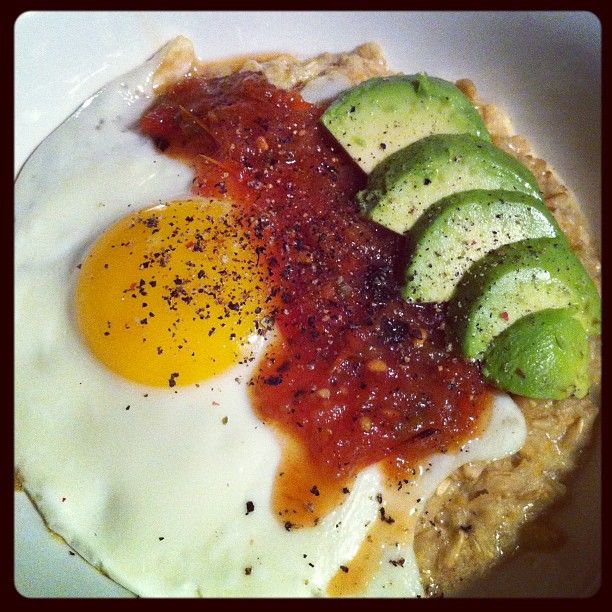 It was a great addition to my bowl of savory oats with a sunny egg and avocado slices…
In fact, I vowed to make savory oats pop into my meal rotation more often after finishing that bowl!

That was until I discovered my newest obsession: 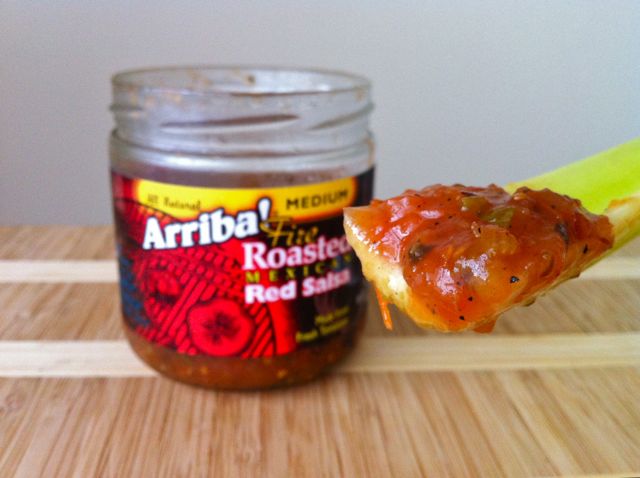 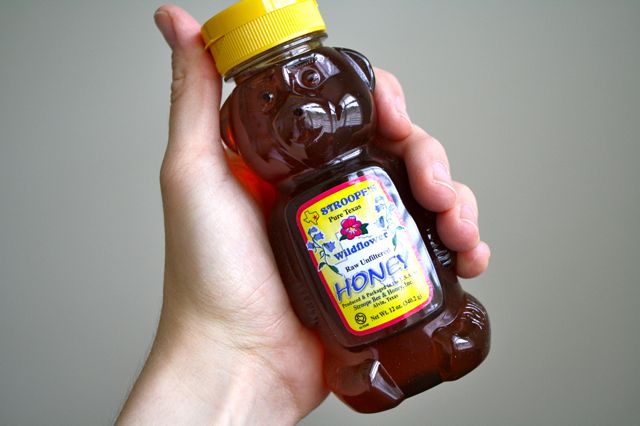 Other than a little taste straight from the bear’s head…

Am I the only one who gets a little weirded out by that?…it’s like it’s oozing sweet liquid brain matter all over your finger!…

I’ve yet to really enjoy the honey, but I’ve been cooking up some ideas on how to recreate a few of my favorite snack bars…don’t worry, you’ll be the first to know once I have a successful batch! 😉 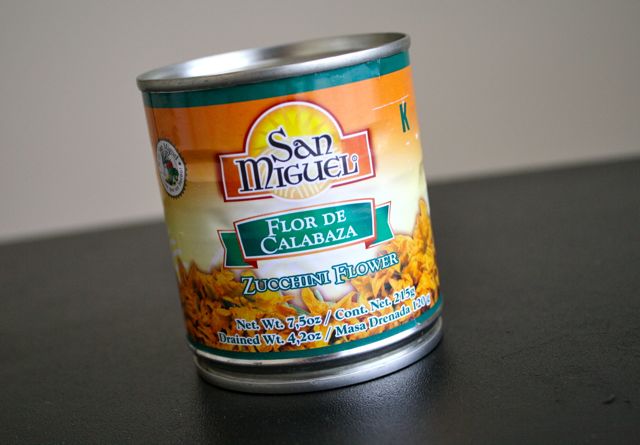 As for the zucchini flowers…I couldn’t help but laugh out loud when I pulled them out of the box since I had JUST taken this quiz on Facebook…but I haven’t done anything with them yet. I tend to hoard things like this until I find just the right recipe, but I’m super excited to check another one off my list!

Check out the list for yourself…there’s some pretty interesting things on there!

As for MY pen pal for the month, I was paired up with Seema, a blog reader with a few wishes…

Anyone else out there coveting some xanthan gum??

While she wasn’t able to type up a post for me to share with you guys, I DID get her permission to share some of her excitement from the email I received after she opened her package: 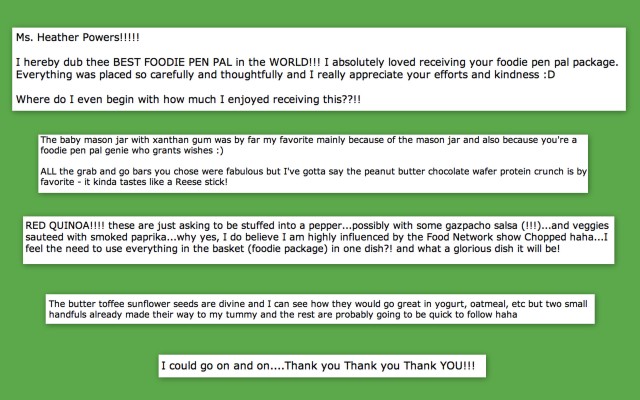 Still can’t decide which I like better, the excitement I feel when I open my own package or the way it feels when I KNOW I’ve made someone’s day with with the goodies I’ve sent out!

If you haven’t hopped on board the Foodie Pen Pal train yet, I HEAVILY suggest you head on over to Lindsay’s blog over at The Lean Green Bean and get on board for May so YOU can know what it feel like to have a foodie Christmas six months early!

Here’s an explanation of the program:

How many of the 100 Foods to Eat Before You Die have you tried?

What is your favorite vegetable to eat RAW?

This entry was posted in 100 Foods to Eat Before You Die, Foodie Pen Pal and tagged eggs, oats, okra, savory, veggies. Bookmark the permalink.

9 Responses to Okra-z For My Pen Pal!