Posted on October 25, 2012 by kissmybroccoli

Well, it’s good to know you guys haven’t lost the pumpkin love just yet. I just can’t seem to get enough lately! As soon as I think I’ve run out of ideas, another one pops into my head…I can’t wait to get in the kitchen and try some of them out!

Most of the day today was spent in the kitchen…with the windows up and an amazing breeze coming through…but it there were no pumpkin ideas a-brewing.

Nope, all of today’s deliciousness came from someone else! 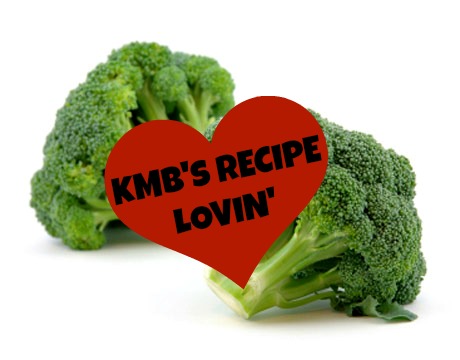 That’s right! I’m getting back on board with some Recipe Lovin’! It’s been months since I’ve gone all out and made my mouth-watering pins a reality!

And this time, all the LOVE goes to
Kristina from Spabettie!

Kristina’s recipes have never let me down in the pst…her popped quinoa and cheesy eggs has always been a favorite of mine and I was practically GLUED to her blog during Juicing June!

Really, it was only a matter of time…before I got tired of drooling over my computer screen and actually MADE some of her delicious (and incredibly creative) concoctions. 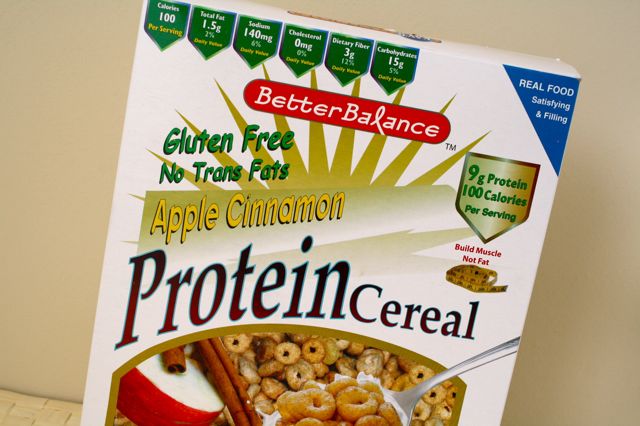 Remember when I got this guy back in AUGUST? While I’ve had Kay’s cereal before and thought it was pretty good (better over yogurt than in milk since it doesn’t hold it’s crunch that long), but the MAIN reason I bought another box? So that I could make
Apple Crunch Protein Bites! 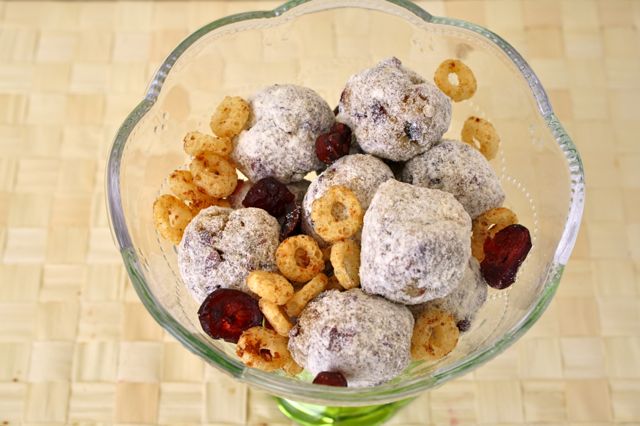 I didn’t have any dried apples so I subbed cranberries and whipped up half a batch! 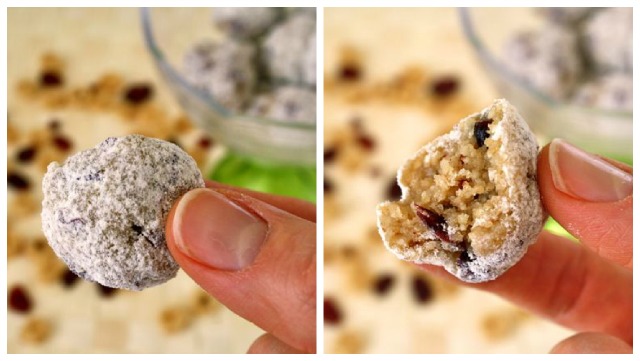 And all I can say is it’s a good thing I ONLY made half a batch because these babies aren’t going to last long!

But then it was time to get down to business. Snacks are nice, but I had one recipe in particular that I’ve been itching to make since she first posted it back in JULY!!! 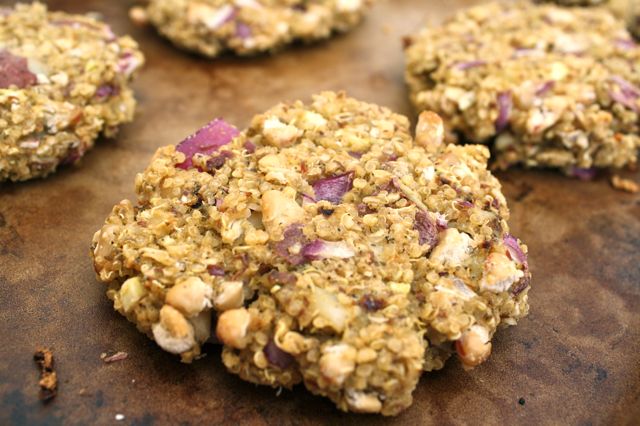 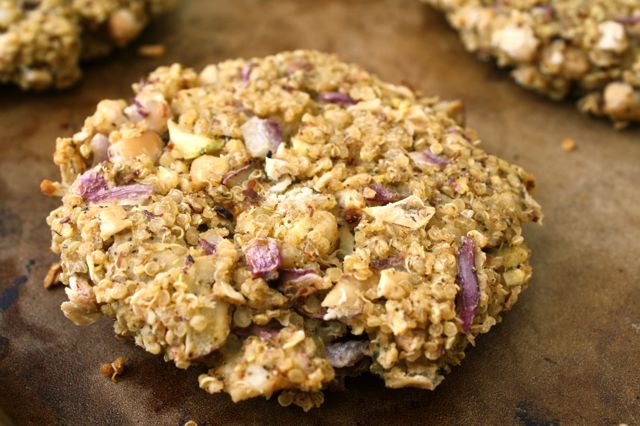 It took a bit of work since I had to cook the quinoa and roast the potatoes first. Then I made a bit of a mess (of myself, the counters, the floor…basically my kitchen looked like a bomb went off in it!) AND had to wait 40 minutes for them to cook (which translates into like a year for me) but it was DEFINITELY worth it in the end! 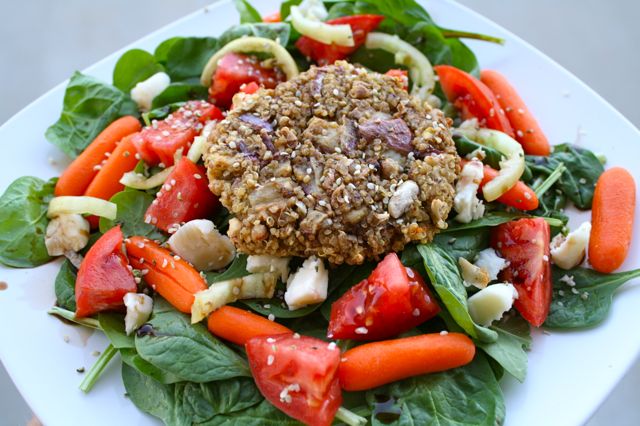 Served atop a bed of spinach topped with tomatoes, carrots, Anaheim peppers, cheddar cheese curds, and hemp seeds, and drizzled with a bit of balsamic vinegar. 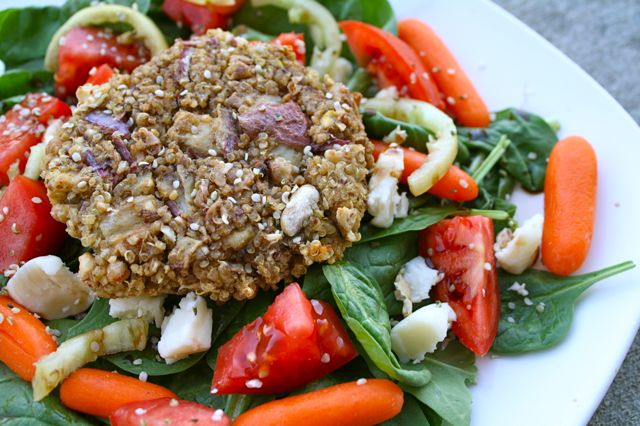 Ok, so it may not be the prettiest thing…but I like to think my larger onion dice (and the fact that one whole bean managed to escape mashing…wth?) lends a sort of character to it! 😉

I followed the recipe exactly, but was out of fresh basil so I called in for spice reinforcements…aka Mrs. Dash! 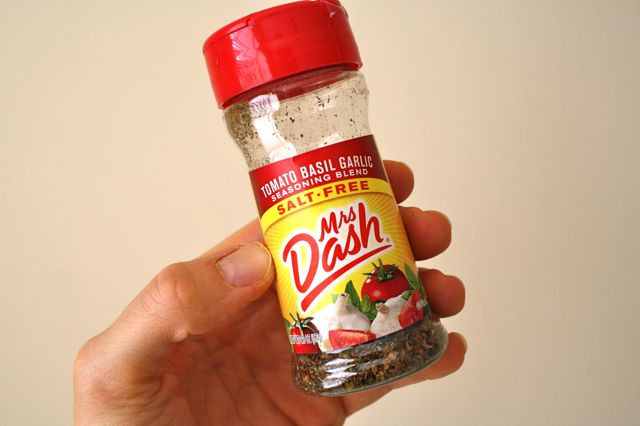 I swear it smells like an Italian…um, I mean PIZZA! 😉

And speaking of pizza… 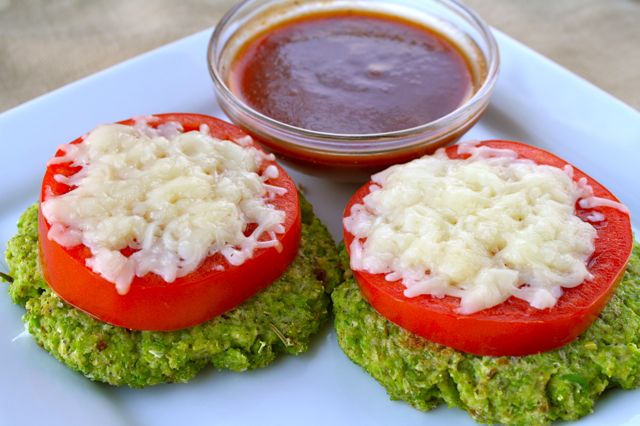 How about some Edamame Flatbreads turned Margherita pizza sliders? 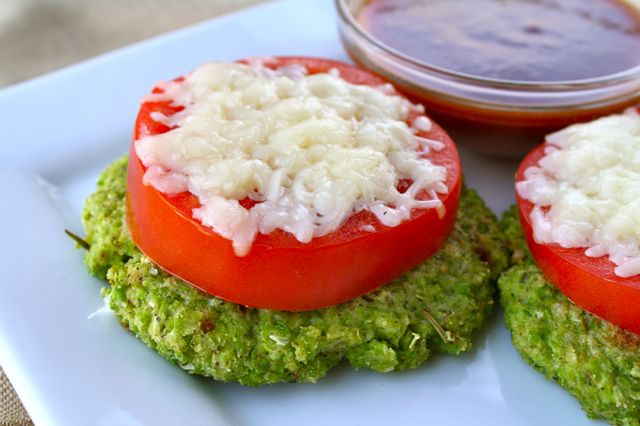 Post picture, I dumped the pizza sauce overtop and went to town…yet ANOTHER mess…but much more exciting since this mess didn’t require a sponge.

I may or may not have licked the plate clean!

So there ya have it…a fantastically tasty day with plenty of leftovers! Now I just need to get my hands on a head of cauliflower so I can make these babies!

Whatdya say, Kristina…move in and cook for me? Please?

What recipe have you tried recently?