Posted on October 26, 2012 by kissmybroccoli

Mine has been pretty great…shortened workweek since I took an extra day after my mini vacay to St. Louis (always good to have a day to recoup after vacation, am I right?), fabulous 80 degree weather which I’ve been taking advantage of with regular walks through the park… 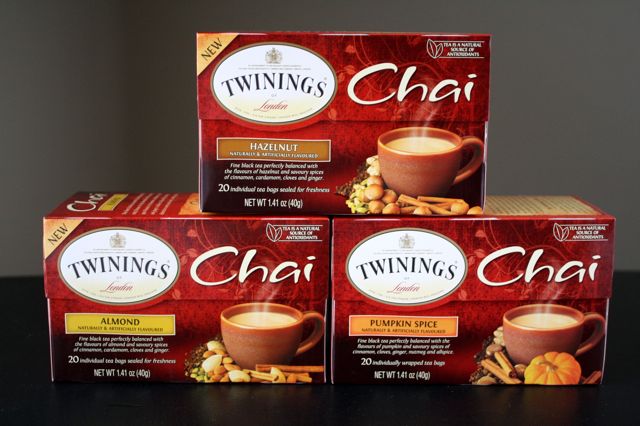 I’ve always been a huge fan of chai tea (I swear I sold my sold to Starbucks shortly after discovering their chai tea latte back in college) so when I saw these babies at a World Market that I just happened to pop into on my way back from St. Louis ;), I couldn’t resist.

And they are all AMAZING…especially with almond milk and bit of stevia! 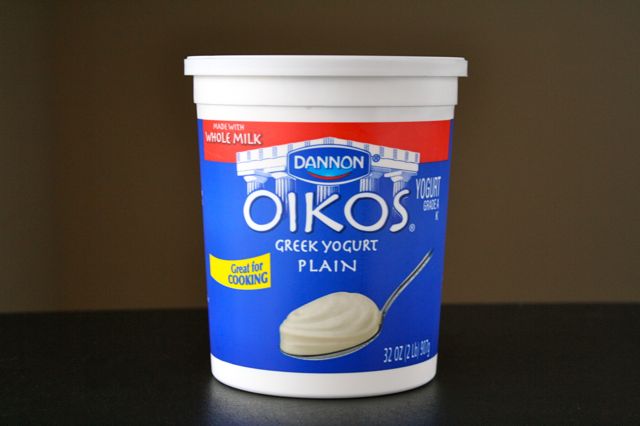 On Monday, I headed out to the store to pick up a few essentials and couldn’t believe my eyes when I spotted WHOLE MILK Oikos at Wal-Mart (of all places!). I’ve never seen anything but the 0% in all the stores around here and sadly, the consistency of fat free yogurt just isn’t the same. 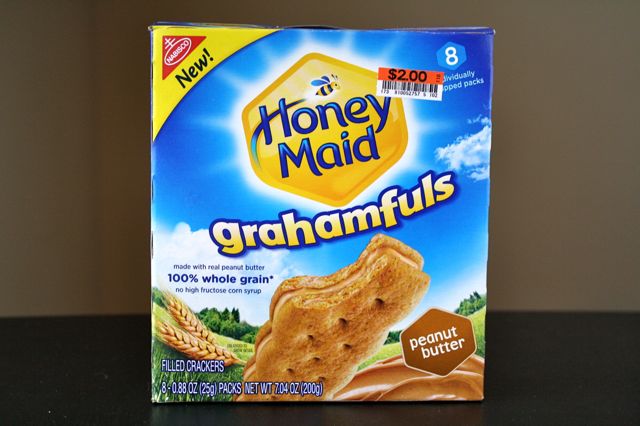 Then I stopped by Big Lots for nothing in particular and ended up walking out with these HoneyMaid Grahamfuls as a little treat (among other things of course).

Not exactly the healthiest, but there are a lot worse options. They make the perfect tide-me-over snack and I love how they come in little portion-controlled packs because let’s face it, you hand me a jar of peanut butter and a box of graham crackers and THAT is my serving size! 😉 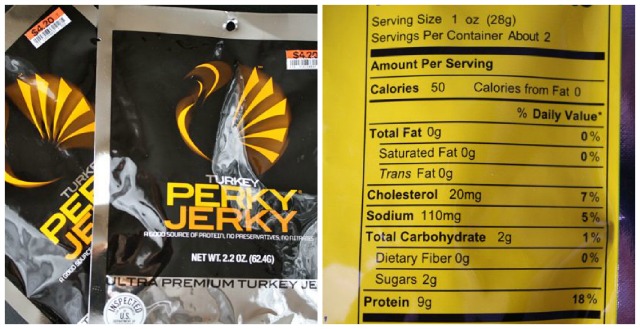 I also picked up some Turkey Perky Jerky (can’t help but giggle every time I say that out loud) which is actually something I’ve been secretly obsessing over for weeks now. Only 220mg of sodium per bag with 100 calories and 18g of protein? 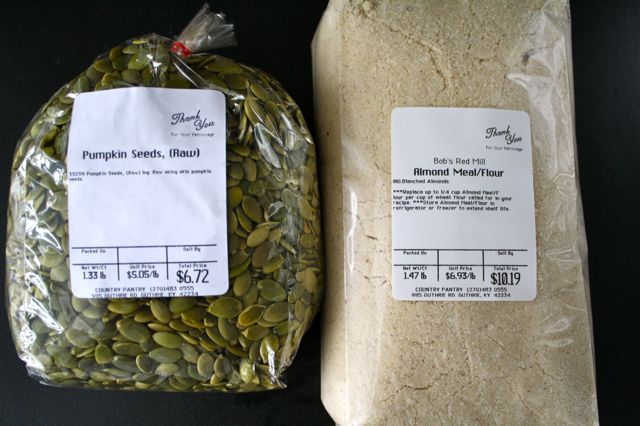 Yesterday, I went back to The Country Pantry since I knew my excitement during the last trip surely caused me to miss out on a few things and boy was I right!

How could I have missed the almond flour?! I’ve been wanting to experiment with this flour for a while now and got it a heck of a lot cheaper than if I’d bought it at Whole Foods! I also picked up some pepitas after Meghan was generous enough to send me a sample of her Pumpkin Cranberry Crunch…seriously you guys, if you haven’t tried her recipe, you are missing out! 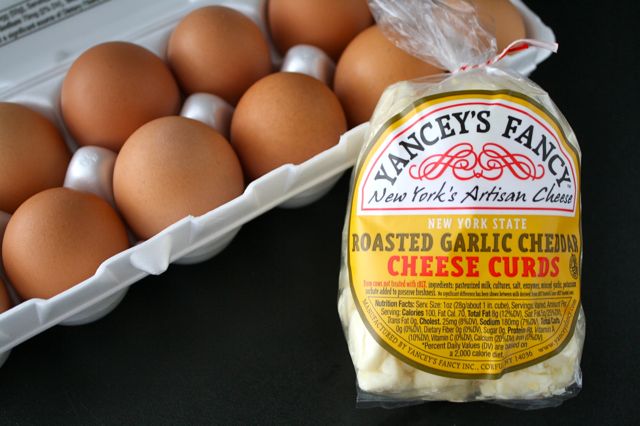 I found local eggs for only $2.15 (holy chicken, Batman!) and something I was a little hesitant to try…cheese curds.

I mean, c’mon…how does the word “curds” sound appealing? But in the end the other words…”roasted garlic cheddar” won me over and…?

I’ve been adding them to everything… 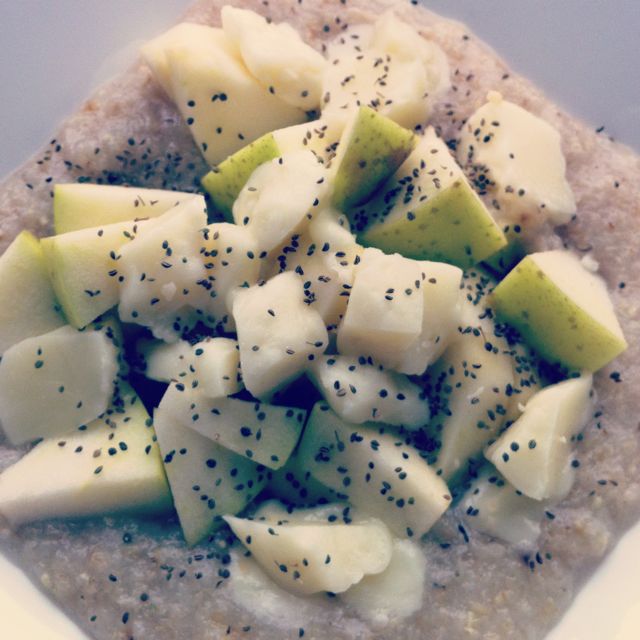 Including this morning’s bowl of oats!

Cheese and apples (and celery seed) were meant to be! 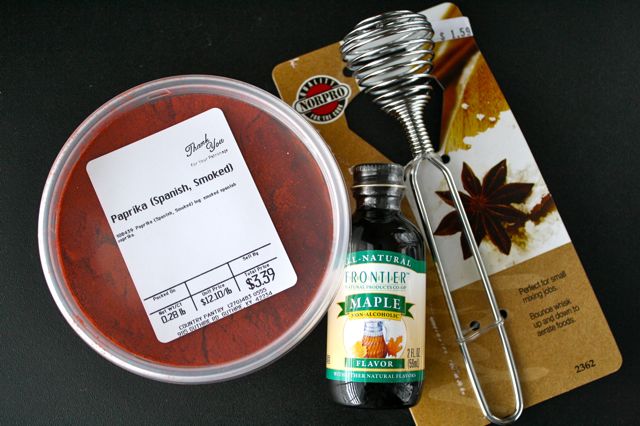 While I was there, I also picked up some smoked paprika and maple extract since I was out of both and this fun little whisk!

Funny thing about the whisk…when I was whipping some Pumpkin Pie French over the weekend, I asked my friend Eric for a whisk.

I got an odd look…typical.

And yes, I was so amused that I took a picture!

But it is so much FUN to use! It bounces as you hit the bottom of the bowl, which actually helps “fluff” your liquid a bit more, but I just liked it because I thought it was cool!

And now I have one!

And now you all know I’m a goober! Lol!

Don’t forget to join Kristin and me in our FunFinds Fun! Just add the hashtag #funfinds to your Twitter/Instagram pics whenever YOU come across something that gets you happy dancing in the middle of the grocery store! 😉

Or join us by posting your finds on Fridays with this new fancy button that Jenny made! Isn’t it cute?

What FunFinds have you discovered this week?

Are you easily amused by kitchen gadgets?