Where IS My Gold Star?!

Posted on February 24, 2014 by kissmybroccoli

I hope you all had a fantastic weekend! And I really REALLY hope you got to share in the amazing weather that we had here over the last few days…I still can’t believe it got up to 70°F (21°C) on Saturday! With the days getting longer too, I couldn’t help but forget there’s still another few weeks of winter left. You can imagine my grumbling when I stepped outside this morning and it was a “balmy” of 26°F (-3°C) outside. Wtf?!

Without much of a plan going into this weekend, I decided it was time I got some stuff DONE. So Friday morning, after I polished off an Apple Cinnamon Waffle, I poured myself a cup of coffee, channeled my inner OCD list-maker, aka, Meghan, and scribbled out my to-do’s! 😉 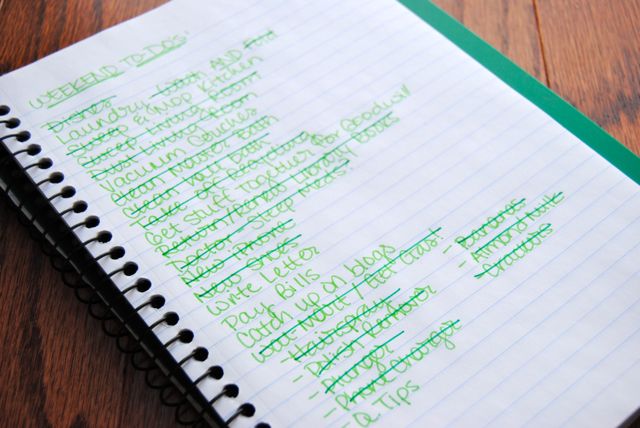 And I surprised the heck out of myself when, only a few short hours after making this list, HALF of it was crossed off! I’ll have you know that I not only cleaned BOTH bathrooms (tubs/showers included), but I also washed AND FOLDED all my laundry!

Excuse me, but where IS my gold star?!

Knowing that the rest of my to-do’s were of the out-and-about variety, I set out with the most important item first. After running by my mom’s clinic and seeing one of the doctors there, I got a trial medication that will HOPEFULLY help me sleep. I’m not a huge fan of taking prescription medication, but after averaging no more than 5 hours each day last week, I was at my wit’s end. Fingers crossed this does the trick!

A couple more “have-to’s” later, and I decided it was time to reward myself for a job well done…since I had still YET to find that gold star! 😉 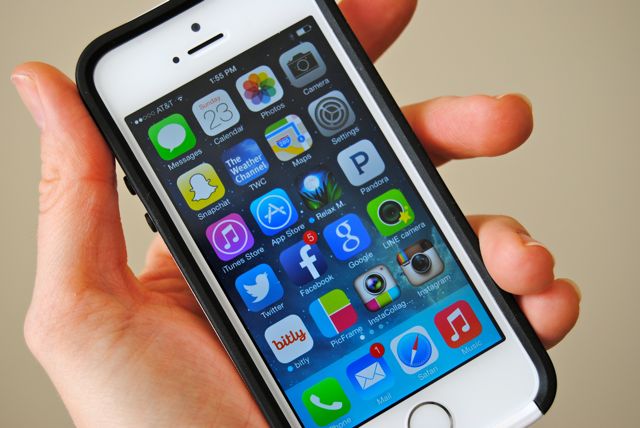 So instead, I got a brand new SILVER iPhone!*

*Not that you would be able to tell since I will never EVER (ever, ever, ever) get it out of this case without losing a fingernail! 😯

Omg, you guys…I’m in LOVE!!! I’ve seriously been attached to this thing 24/7…it’s SO FAST! And for someone who never downloaded the latest iOS update for fear of “change”, I have to say, I’m digging the new look! Also, I have a newfound appreciation for talk-to-text, Spotify or iTunes radio has been running nonstop, and I am officially addicted to Snapchat thanks to Melissa! 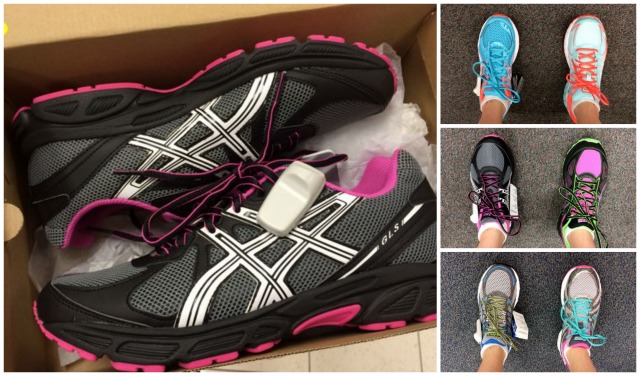 Then I got new shoes!

I may have tried on EVERY SINGLE PAIR of sneakers in Clarksville, but I only bought the ones on the left…though I have to say, I’m considering going back for another pair since the ones I got I scored at a whopping 40% OFF! 😀 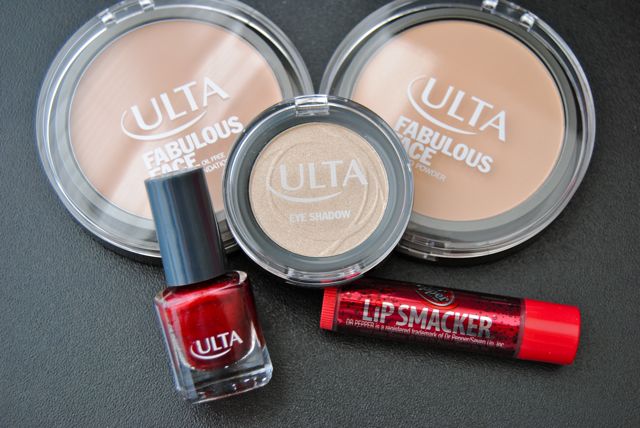 Then I got some makeup!

I found a coupon in the mail for our new Ulta store which just opened a few months ago, so I decided to take advantage and venture in for the first time. All I had to do was spend $19.50 or more in Ulta products and…. 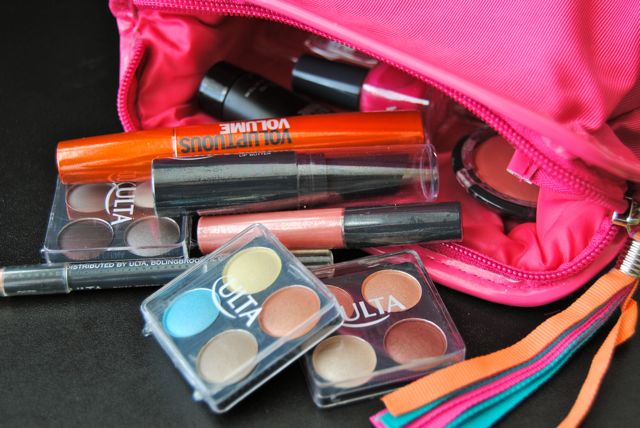 Then I got ALL THIS FREE SHIT!!

I’ll confess, I am a SUCKER for samples…but not just when it comes to having “lunch” at Sam’s Club! Part of the reason why I love Amanda so much for turning me on to Sephora is that they always load you up with freebies on your way out the door! I just love being able to try a bunch of new products without having to spend much (if any) on them! Hey, who says I can’t like spending money on myself but still be cheap? 😉

But the fun didn’t stop there because I still had one more stop to make…I mean, I was already on the side of town where my favorite store is located…and I was just SURE that gold star would be there! 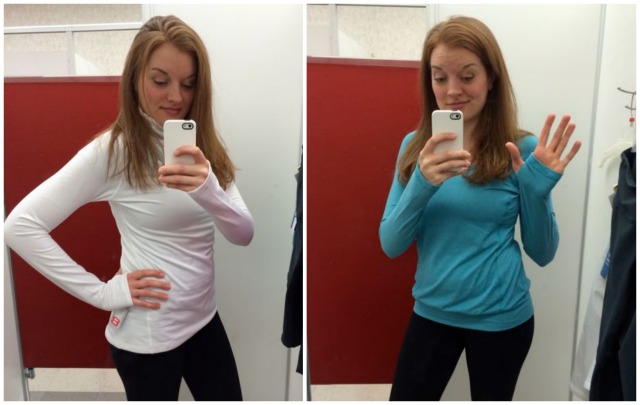 No gold star, but I did get FOUR thumbs up! 😉 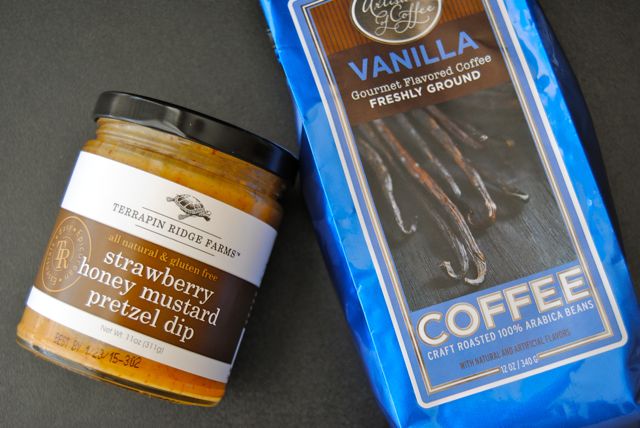 And wait, doesn’t this look a bit familiar?? Lol

On Saturday night, I got an invitation (that I made for myself) to my parent’s house for dinner! When I was at my mom’s clinic on Friday, she mentioned that she was making her homemade enchiladas…which I haven’t had in basically forever, so I mean, how could I NOT jump on that! 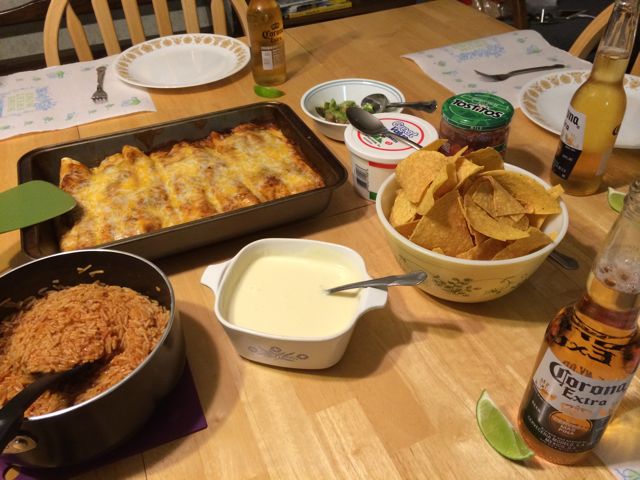 Beef and bean enchiladas (with HOMEMADE red sauce), served with sour cream, avocado, and salsa, chips and cheese dip, and some spicy rice that I did NOT partake in since I watched my dad’s cheeks flush red after his first bite! Ha! #imaweenie

And finally…FINALLY, at the end of the night, I found my gold star! 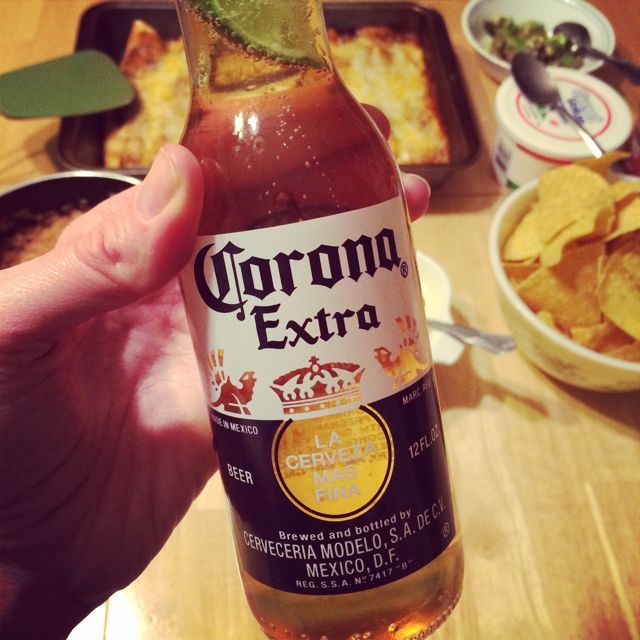 Ok, so maybe it was a gold beer, but hey, close enough, right? And I’d say my first ever Corona was pretty damn marvelous! 😉

Hop on over to Clean Eats Fast Feets and Healthy Diva Eats (ha, it rhymes!) to check out the link ups on this find (though blistering cold) Monday!

What did you accomplish this weekend?

Did YOU find your gold star??

40 Responses to Where IS My Gold Star?!