Posted on September 15, 2014 by kissmybroccoli

Alternative post title:
That time I went on a trip and didn’t pack an extra suitcase just for food.

I noticed something after I got back from St. Louis last week…I uploaded the few food pics I had in my phone and realized that, compared to years past, I was a lot more relaxed about the food “situation”. Anytime that I’ve traveled in the last few years, I’ve always been super anxious about my meals and snacks and so I would end up packing up half the pantry “just in case”. Now, I’m not calling anyone out for packing their own food for trips. I am fully aware that there ARE instances where that is totally necessary, but I’m saying that for me, it was not.

So why don’t we take a look at a bit of carefree deliciousness? 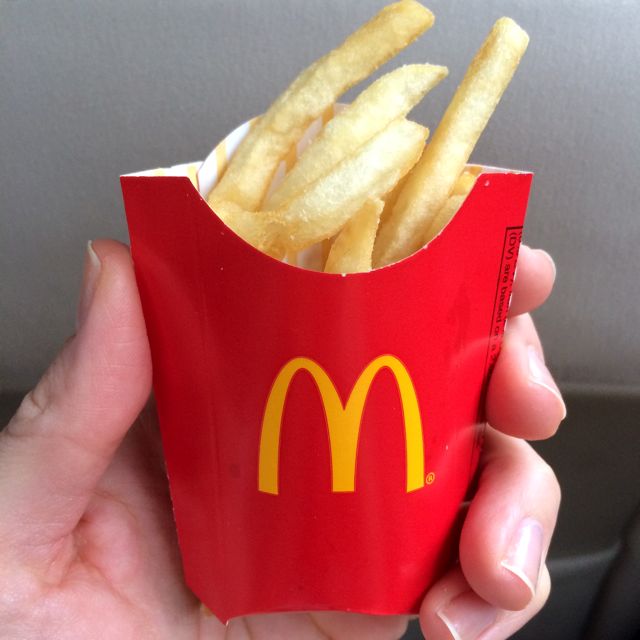 No scoffing at this one. McDonald’s french fries are where it’s AT! I know Amanda agrees with me! They are especially good in a Happy Meal that comes with a toy who becomes the mascot for the trip. Seriously you guys, I can’t even TELL you the last time I stepped foot in a McDonald’s…or the last time someone mentioned it without me breaking into a sweat, but I have to say my little chicken nuggets, fries, and cute little bag of apple slices definitely hit the spot…without any guilt whatsoever. 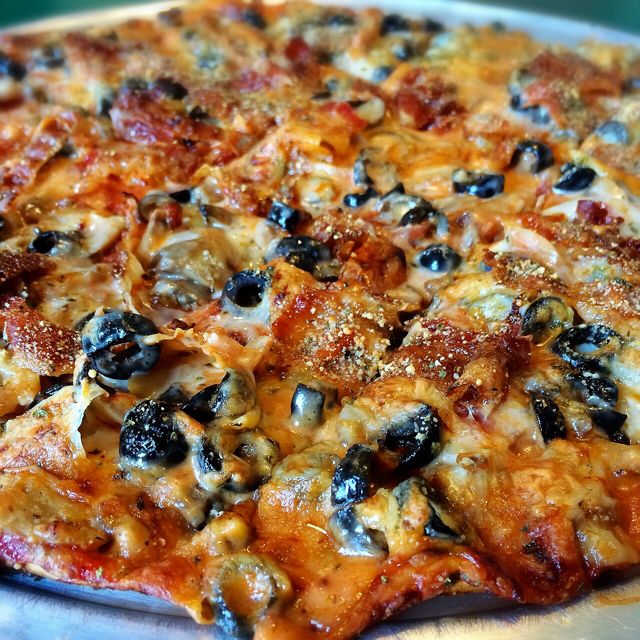 Then there was this mushroom, olive, and bacon pizza from Imo’s Pizza. Honestly, wasn’t a huge fan. I’ve had pizza from there before, but for some reason, the sauce tasted sweeter this time. But instead of totally freaking out, I just ordered a side salad, ate enough to quell my hunger, and moved on. 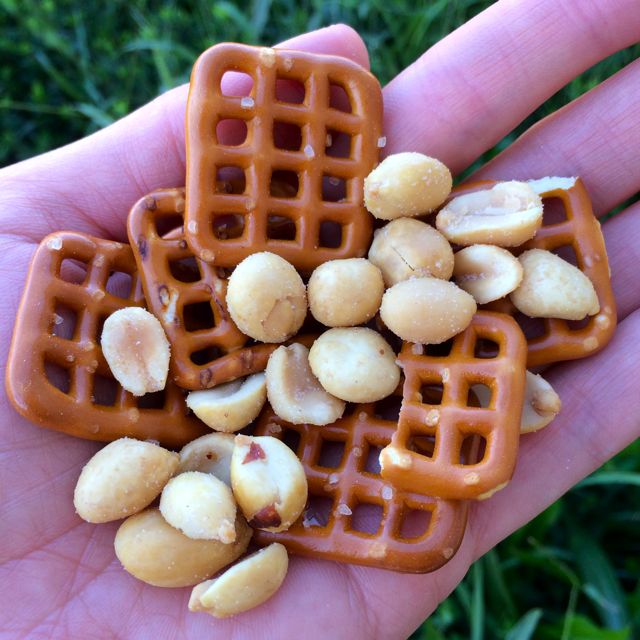 Of the few snacks I did pack for the trip, luckily I brought some peanuts and pretzels because they were basically the only thing Hungover Heather could handle for the first few hours everyday. Oops? 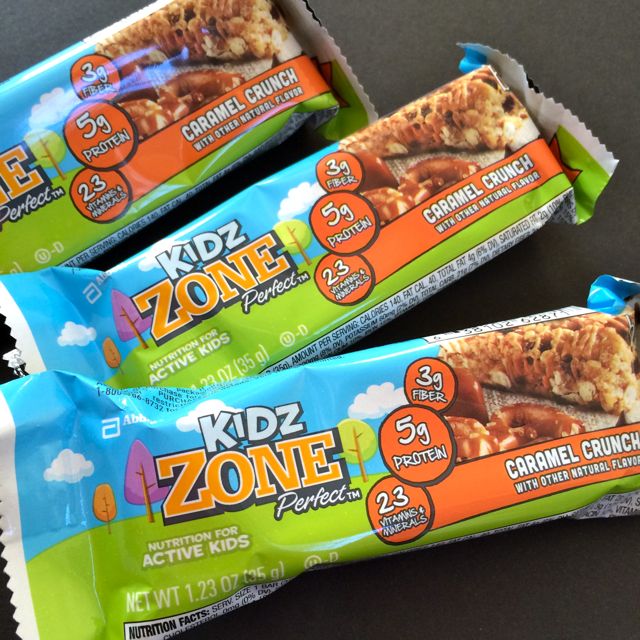 These little Zone bars came in handy to have something on mine and my friends’ stomachs before hitting the bars up again each night. 😆 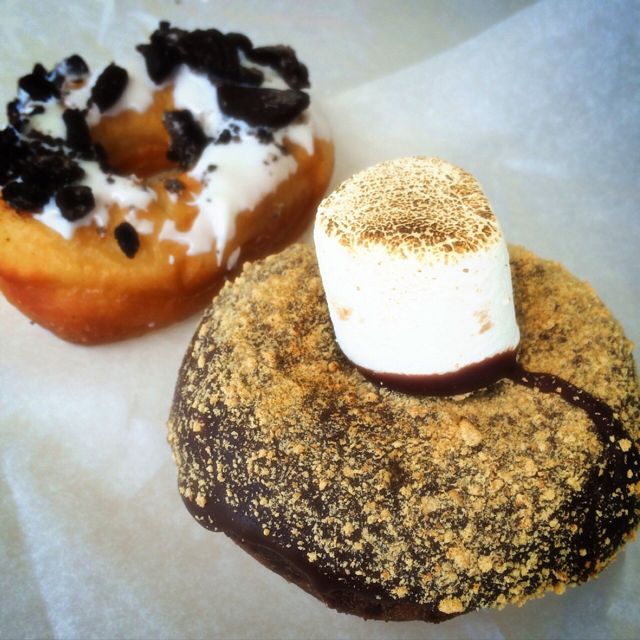 There were a MILLION different food vendors at the festival…none of that corn dog and funnel cake shit! And this “Campfire” donut from Strange Donuts (that took me nearly half the day to eat) was absolutely amazing! Almost as good as the plate of white bean hummus and pita bread that I got from Triumph Grill whose picture was lost to Hangry Heather.

And yes, I did just say that hummus was better than a chocolate donut! Lol 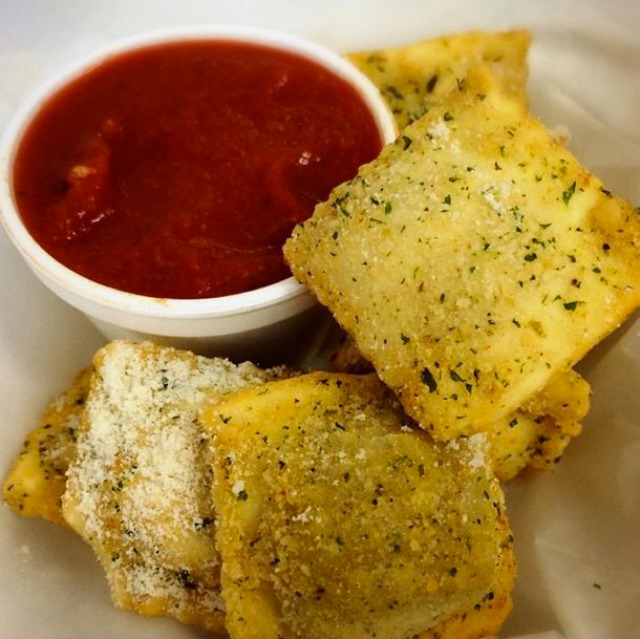 Also, the (unphotogenic so therefore unPICTURED) chef salad from Eovaldi’s Deli on the Hill beat out their toasted raviolis by a landslide. There was no thought to sodium, nitrates, or however much fat was in their smack yo’ mama house made Italian dressing…or the shitton of cheese on top!

Note to self: Find out where to buy Provel cheese…and then bathe in it.

And c’mon, what would a trip to St. Louis be without a little gooey butter cake? Even though I’m not a huge sweets person (hence the multiple “meals” I got out of that donut) but I’ve always wanted to try one. So when my friends the sign for Park Avenue Coffee advertising 73 different flavors, we just had to check it out. I got the chocolate chip cookie dough version (because duh) and split it with one of my friends, but what I really wish I would’ve gotten was the honey latte that my other friend ordered…it tasted like pure HEAVEN!

And can I just take a moment to pat myself on the back? Because there has been absolutely no thought to “getting back on track” since my little vacation. I’ve enjoyed salads and cereal, Greek yogurt and cookies without batting an eye!

What’s the best thing you’ve eaten lately outside your city?