Posted on September 17, 2014 by kissmybroccoli

So it’s been a while (again) since I’ve made it to a What I Ate Wednesday party. Like I mentioned in my last “Currently” post, I’ve basically been snacking my days away…and honestly I’ve got no complaints. I’m finally starting to accept the fact that most days, I eat like a bird. Though I can’t deny that occasionally I can be a bear! And now I’ve totally tied in a connection to our hostess with the most-est. If you’re a little lost, take a minute and check out this post. Ok, now that we’re all done gushing over that cuteness, let’s get to the FOOD…in the form of Tuesday’s eats! 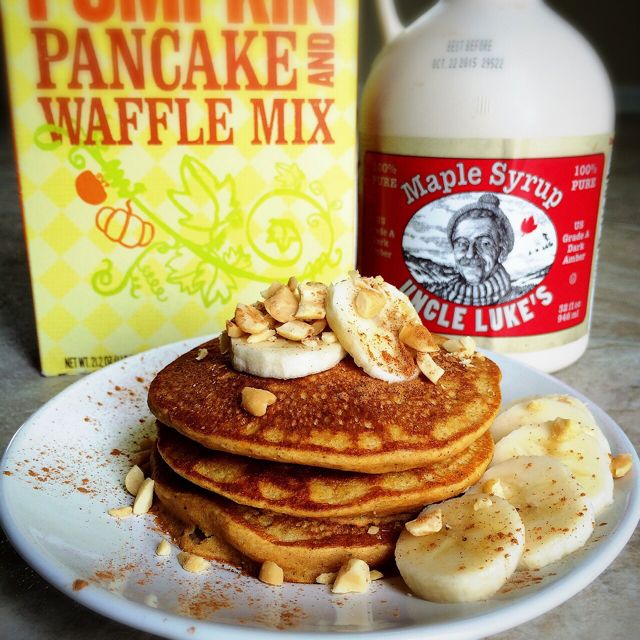 So I had just a liiiiiiiiiiiittle bit of this Trader Joe’s pumpkin pancake mix (that expired sometime last year) sitting in the pantry…which calls for butter and eggs and milk and shit. I opened my fridge…

But I was determined to have myself some pancakes so I set to work! I threw a bit of pumpkin in the bowl, a couple of egg whites, and enough water to get things  stirring, and BAM! 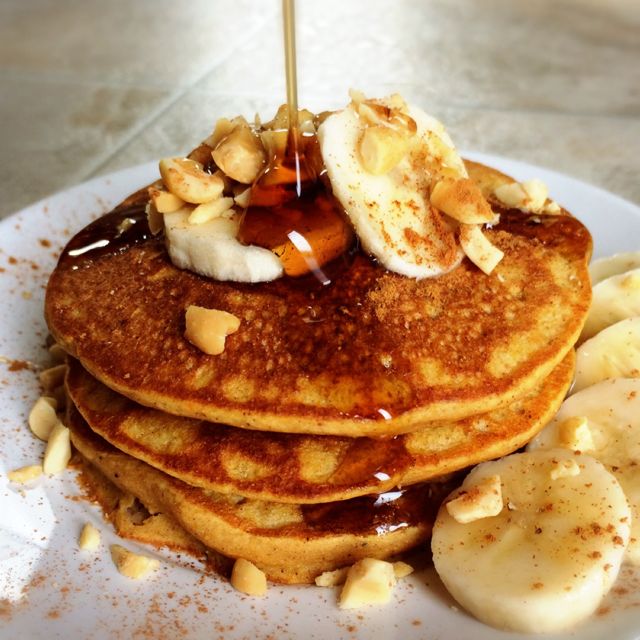 Then I spent the next hour editing and Instagramming my beautiful stack of semi-homemade-oh-my-god-I-feel-like-a-genius pancakes…even though it only took approximately three minutes to actually eat them.

After I finally got my ass off the kitchen floor…because yes, that’s where I photographed, edited, and inhaled my little punkin’ pannycakes…oh god WHY DID I SAY THAT? That is way to close to another word for lady undergarments which I refuse to say. Ok, pretend that didn’t happen. What was I saying? Where was my ass?

What got me movin’ and groovin’? 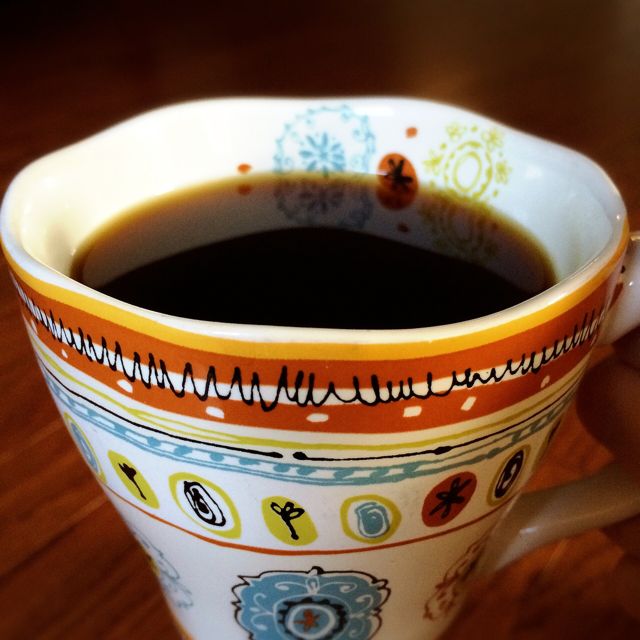 Though it only resided in my cute little TJ Maxx mug for a quick snap before it got thrown in a travel mug and then down my gullet on my way to the el job-o! Normally, I have a little snack at some point between the start of my shift and whatever I feel is “dinner” time, but this day, I was busier than a centipede in a toe counting contest. So instead, I just chugged an orange LaCroix and moved on. 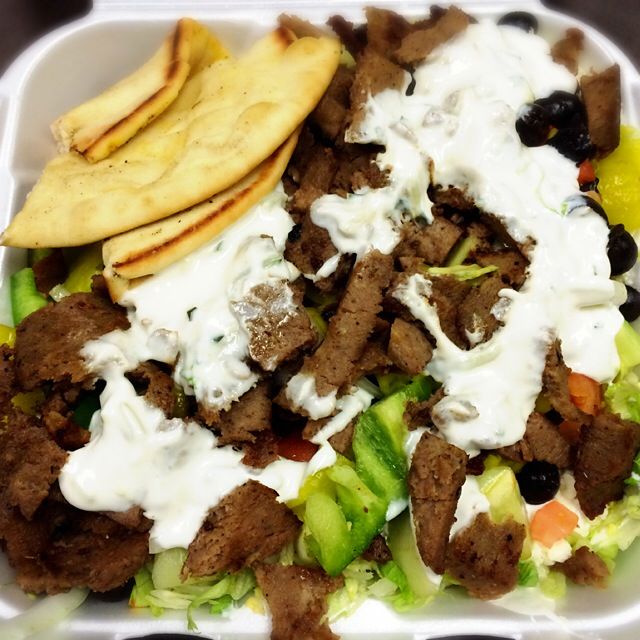 Dinner actually came in two minute increments spread out over about two hours. Eh, you take whatever you can get when you work at a hospital. Luckily, I had “some” leftovers from this weekend’s visit to my favorite Greek place in town (Sam’s Greek Cafe in the mall for all you locals!). I say “some” because the little middle-aged man was obviously a little sweet on me. My trip to the counter involved two bashful smiles, one high-five, fourteen packs of ketchup (for my friend’s fries), and a FIVE POUND Greek salad! Seriously you guys, I’m surprised the to-go container even closed! 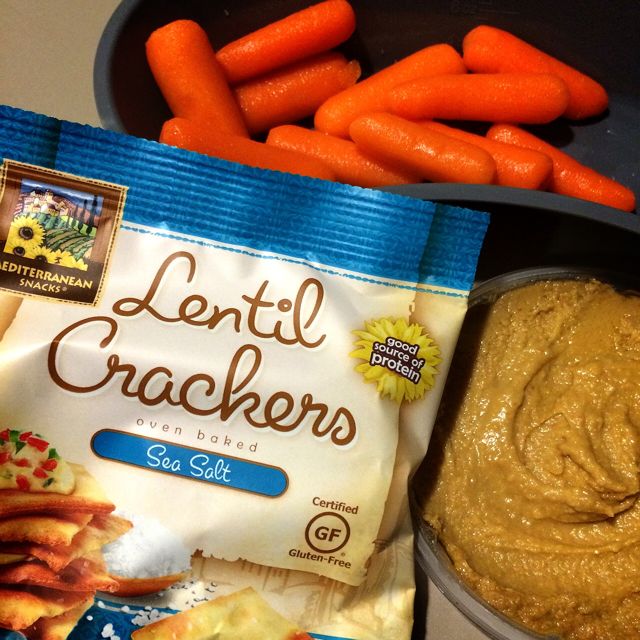 Things finally calmed down later in my shift and all of a sudden I was starving. Craving something with crunch, I raided my locker, aka my #blendswag safe! And yes, my carrots are sitting in a (CLEAN) emesis basin…thanks for noticing. 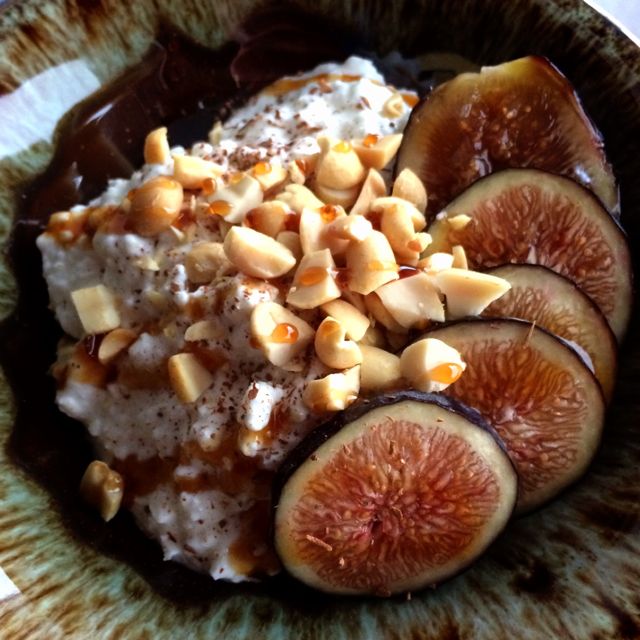 And then, there was breakfast…I mean dinner…I mean…fuck it. When you work nights, it doesn’t even matter! My favorite cottage cheese (on sale at Publix this week, buy one, get one FREE!) topped with cinnamon, fresh figgys…figgies?…why am I talking like a baby? Balls!

I mean nuts…PEAnuts and honey! 😉

Wow, can you tell I’ve had a little too much coffee? Before I go too far, I’d better go. Besides, you have plenty of other #foodporn to check out!