Thinking Out Loud: Up Up Up!

Posted on January 15, 2015 by kissmybroccoli

Happy Thursday, kittens! I hope you’ve all been having a great week. Things have been pretty freaking fantastic over here in Broccoliland…especially since the weather has been looking up a bit. Get this…we’ve officially made it ABOVE FREEZING! Ok, so maybe it’s only a few digits but couple that with the fact that I’ve seen the sun more than not in the last seven days and yeah, I’m a happy girl!

Thanks to the vitamin D motivation AND the momentum I built up last week, I’ve been hitting the gym pretty regularly and may or may not have over a dozen selfies to prove it. I’ll save you guys from all my goofy faces and the “I’m sorry but WHERE did dat ass come from?” revelation pic, but you’re gonna have to see my proud mug at least once! 😉 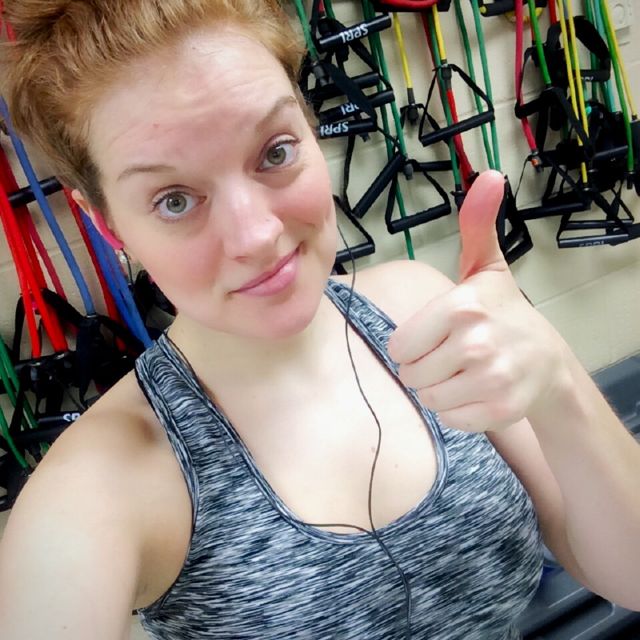 How awesome is it that I’ve only been I’ve times in the last two weeks but I can already see an improvement in my stamina? Oh and I FINALLY got back to the yoga studio! It was so so nice to walk in and see my favorite instructor, David, and receive his warm welcome. It was almost like I never left…well, until we got to crow and yeah, that was just NOT happening. But instead of getting bummed out, I just did my best to listen to my body (and my knee a couple of times when it lamented) and did the best I could. The best part was at the end of the class, right before shavasana where I learned a few new hip opening poses that felt amazing!

After class, I was one relaxed mama…one relaxed mama with a plan to put herself in a coma for at LEAST eight hours. After not having much luck sleeping through Monday’s storm, I was starting to get a little whiney/whimpery/annoying and needed sleep in the worst way so yoga was only number one in a series of steps that I had mapped out… 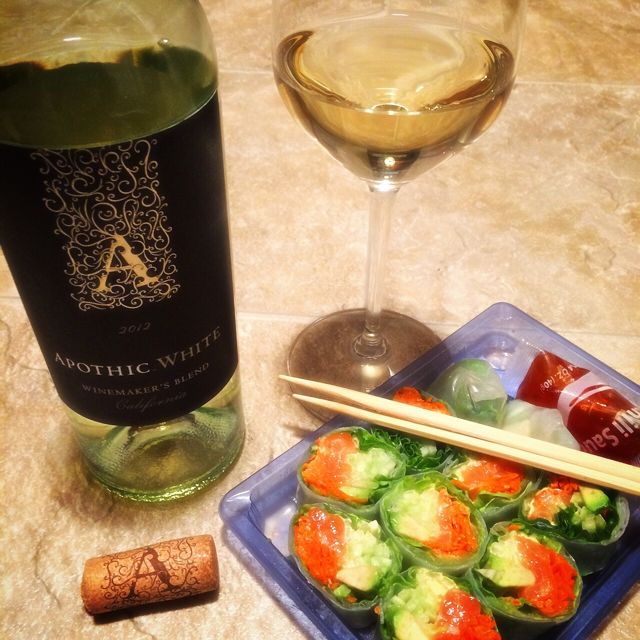 A stress free dinner, two glasses of wine and one soak in the tub later and I was niiiiiiiiice and hazy. And? Well, it took a couple of tries but I was finally off to La La Land around 5am and then slept for eight.solid.uninterrupted.hours. Victory at last! Oh and FYI, that wine is AWESOME…and only $12 at my local liquor store! 🙂

But the excitement didn’t end there. When I woke up the next afternoon, I had a little something waiting for me. Remember those retail therapy purchases last week? 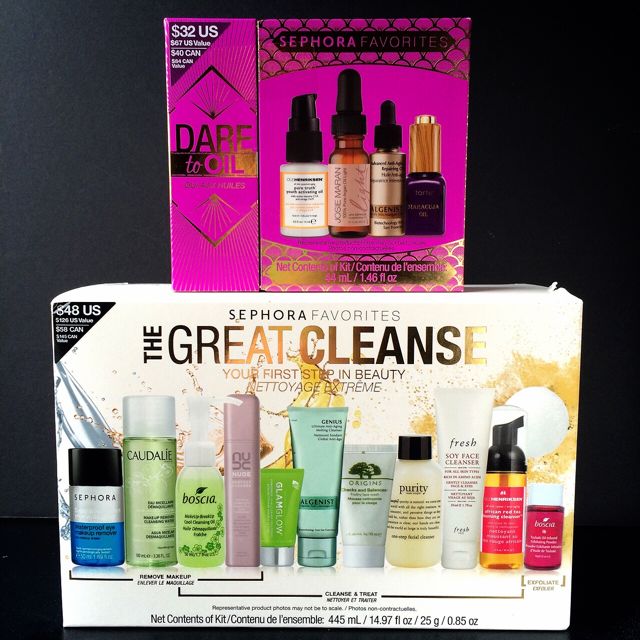 Is it bad that I get THIS EXCITED about trying new makeup-y things? I’ve been looking into a new cleansing/moisturizing regime (especially since turning the big 3-0) so I was so excited to see these two box sets. I hear that Sephora Favorite collections rarely disappoint so I’m figuring the hardest part is going to be picking ONE favorite to purchase after I make my way through all of these.

And to help me feel better about my little splurge? How about I got Elvira a FULL tank of gas yesterday for only $25?! I haven’t seen prices this low in YEARS! 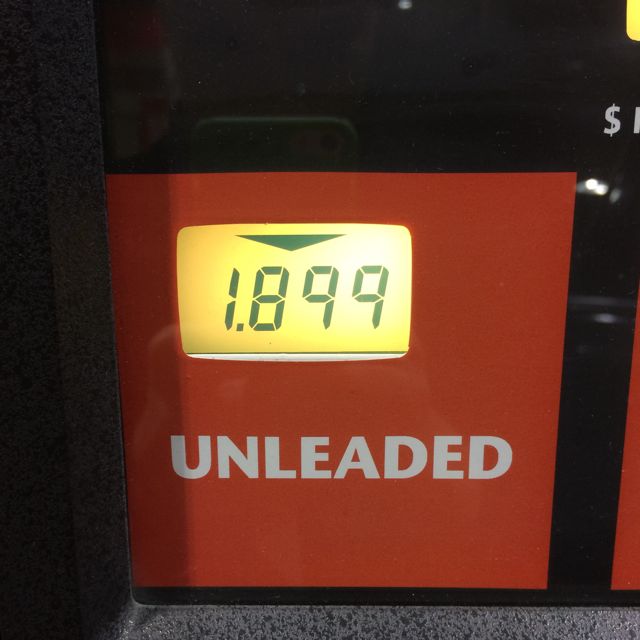 Now, while I did have a little minor setback earlier this week (that really shouldn’t have been anything but a blip in the radar (remember, whiney/whimpery/annoying), I have since looked past the fact that I had a momentary lapse of judgment halfway through making dinner and made these beautiful white wine simmer mushrooms… 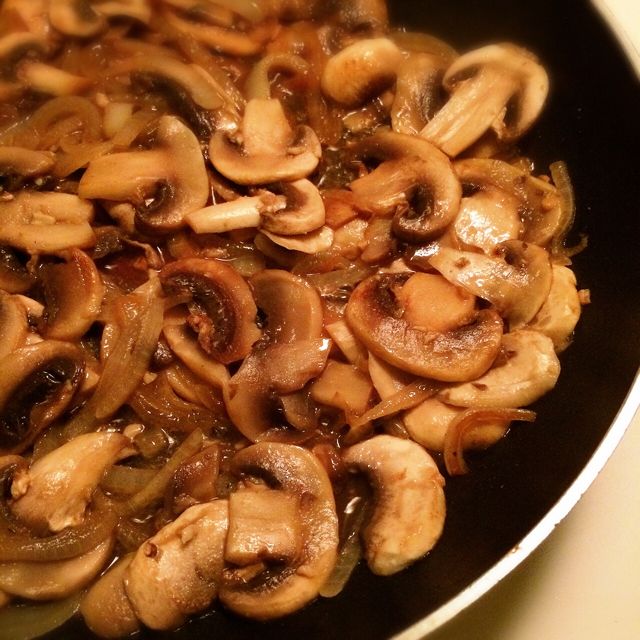 Into a curdled mess! 🙁

In case any of you guys don’t know about tempering your sauces before adding sour cream/yogurt, have a little look at this article and learn a little something from me! Also? Whenever you fuck something up, dry your tears, walk away…do what you gotta do but DON’T throw it away! Just toss it in a crock pot with half your kitchen and… 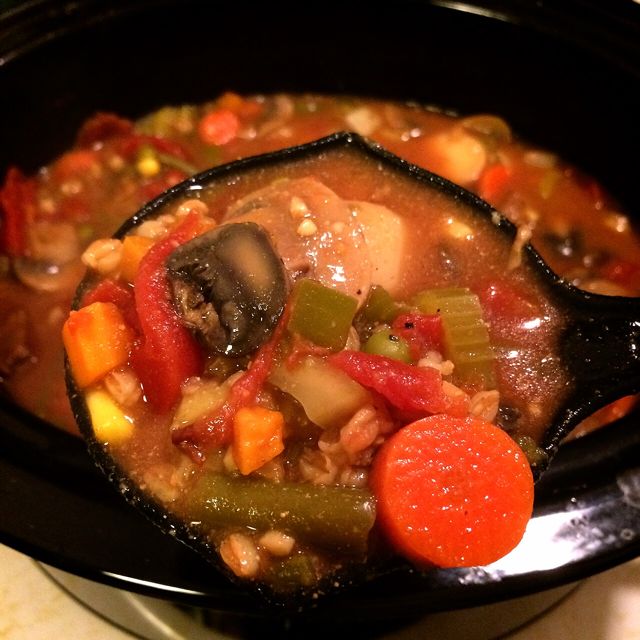 Feed your entire neighborhood for a WEEK!

Or you know, have dinner then separate and freeze the rest. Right, Meghan?

This week’s song choice is not really a choice at all…with that title, I just HAD to (and couldn’t help but jump up and down in my seat a bit when I remembered it. What can I say? This song by the Givers is one of my old favorites and always peps me up!

Be sure to hop on over to Spoons to check all out the link ups for ToL! Hopefully everyone else is rocking a big thumbs up like me! 🙂

What do you give a big thumbs up this week?

What’s the last kitchen “disaster” you were able to save?

This entry was posted in Thinking Out Loud and tagged gym, makeup, selfie, Sephora, workout, yoga. Bookmark the permalink.

18 Responses to Thinking Out Loud: Up Up Up!