Posted on August 5, 2012 by kissmybroccoli

I hope you all had a fantastic weekend!

I was posting up a storm on Instagram all this weekend…do you follow me? If not, you totally should…you know, because ALL the cool kids are on Instagram these days! 😉

BB was able to visit this weekend, but didn’t get in until late Friday night so we didn’t really have much of a dinner…but after text-teasing him with my latest kitchen creation, there was no holding him back… 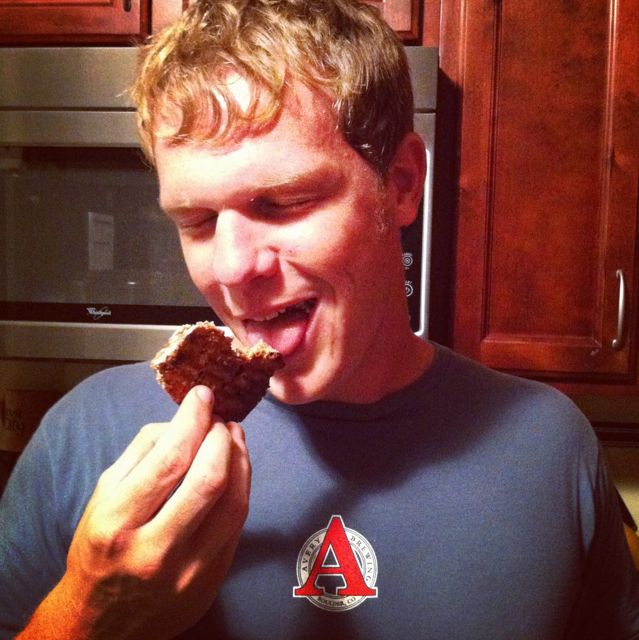 Luckily, I at least g0t my hug and kiss in BEFORE he started making love to granola squares! 😉

While he mmm’ed and ohhhhmagursh’d this way through a handful of bars, I decided to slice open a papaya… 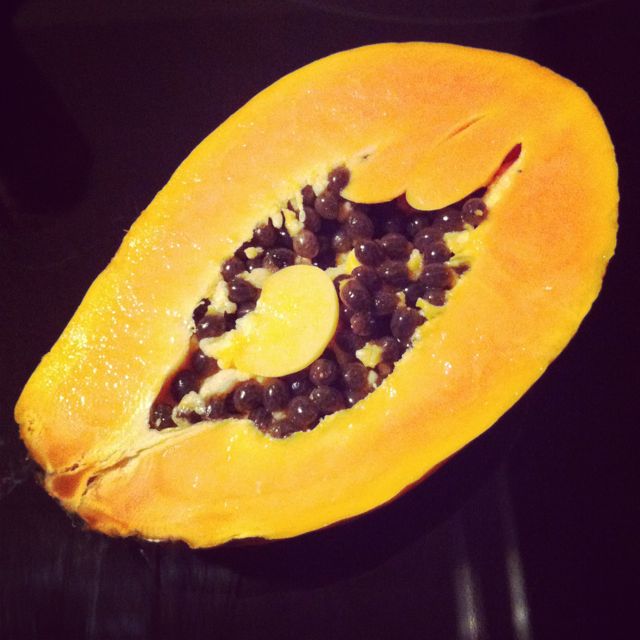 I had read on a blog…or seen on Instagram…really, there’s no telling…that you can actually EAT papaya seeds! Not being a huge fan of papaya, I thought about giving it another try, thinking that I could slice it up, add it to some spinach and use these magical “peppery” seeds as a salad topping…

Verdict: DON’T EVER EVER EVER EAT THESE THINGS!!!!*
*Unless you’re a bit masochistic and you LIKE inducing your gag reflex! 😉

I would equivalate the taste to that of having dog germs. In the famous words of Lucy: “Get some hot water! Get the disinfectant! Get some iodine!!”

Shortly after grabbing a towel to scrape my tongue clean of any and all of the pure pepper hell flavor of the seeds, the papaya flesh was considered…tasted…and then given to BB. I ended up making do with another bowl of the EXACT same thing I had for lunch: 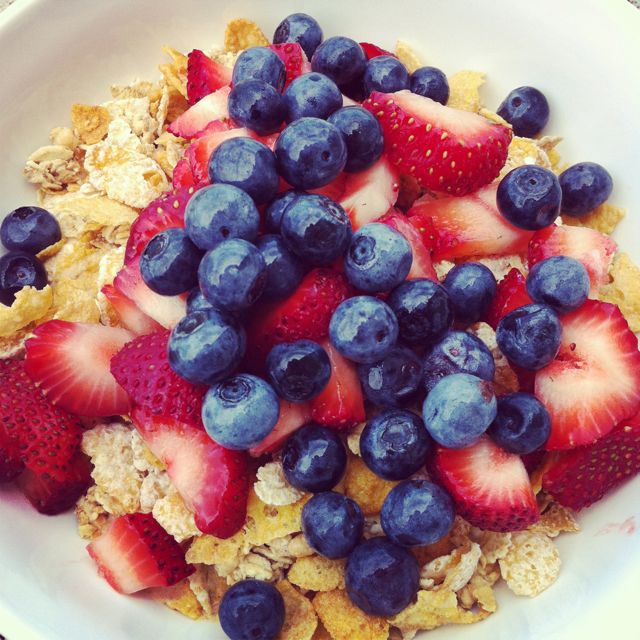 In the bowl went cottage cheese, peanut flour, THIS cereal, bloobs and steebies!

On Saturday, BB and I headed out to run some errands and wound up hitting up another restaurant in our never-ending quest to find the perfect hole-in-a-wall BBQ joint 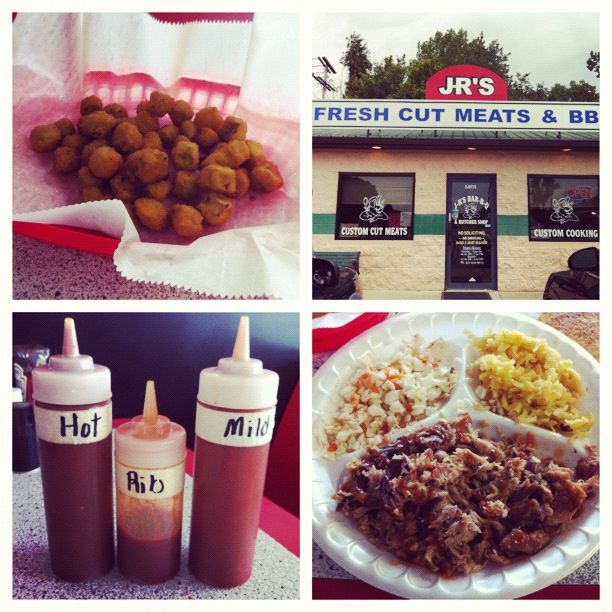 But what REALLY won me over was the cheesy hashbrown casserole…I haven’t had it in YEARS and it was jussssssst right! 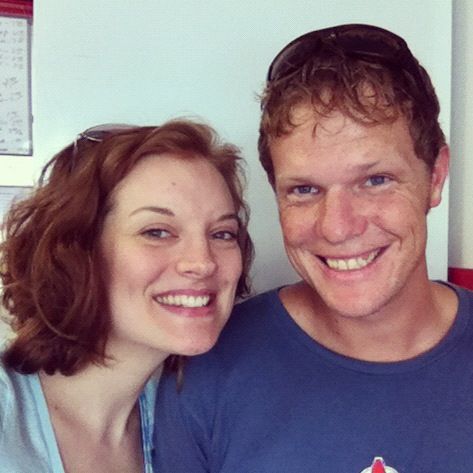 Oh, and I can’t deny my excitement when I spotted this: 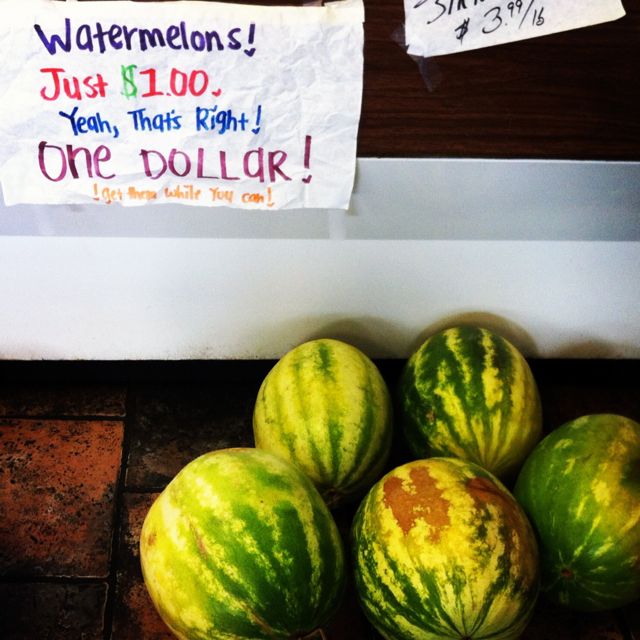 You don’t even know how hard it was for me not to buy them all! Lol

On the way home, we stopped by my new favorite Asian supermarket so I could restock on some goodies. 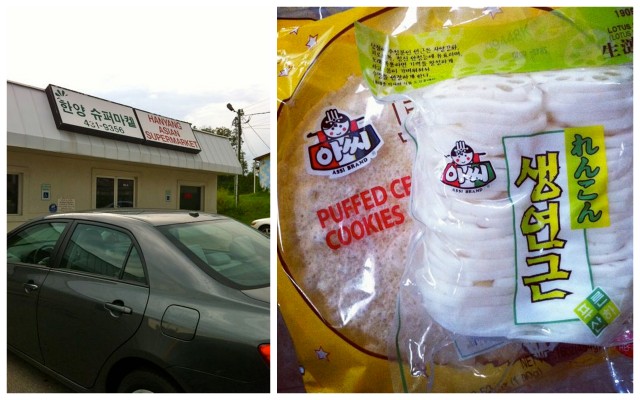 I grabbed more packages than you need to know of my beloved puffed cereal cookies, some roasted seaweed snacks, and something new…lotus root! I’m super excited to try these!

While I was checking out, the older lady beside me in line looked at me and asked…”Are you Koren?” 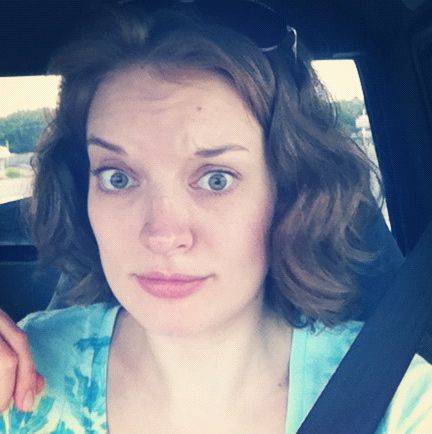 REALLY?! What gave it away? Was it my red hair? Or maybe my ghostly pale skin! Lol

When I said no, she asked, “Then why you buy Korean food?”

And the awkward moment of the year award goessssssss to….. 😉

And of course, the laughs didn’t end when later that night, BB started making obscene comments regarding my mutant zucchini! 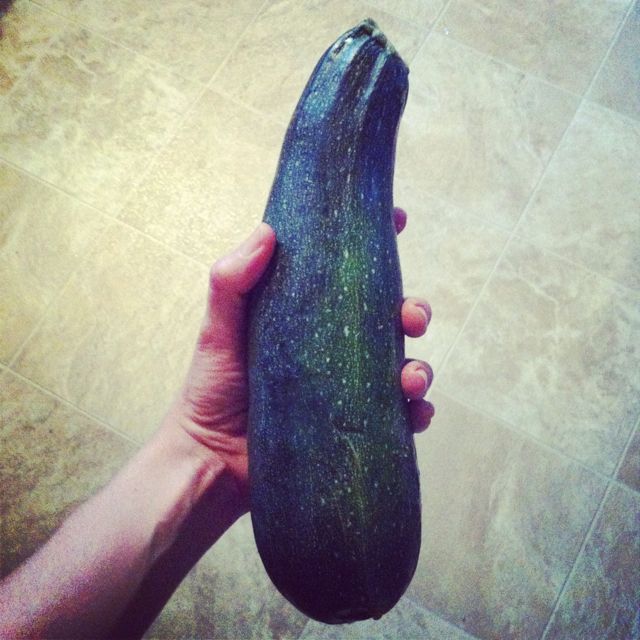 Wanna know what happened to our little phallic friend? 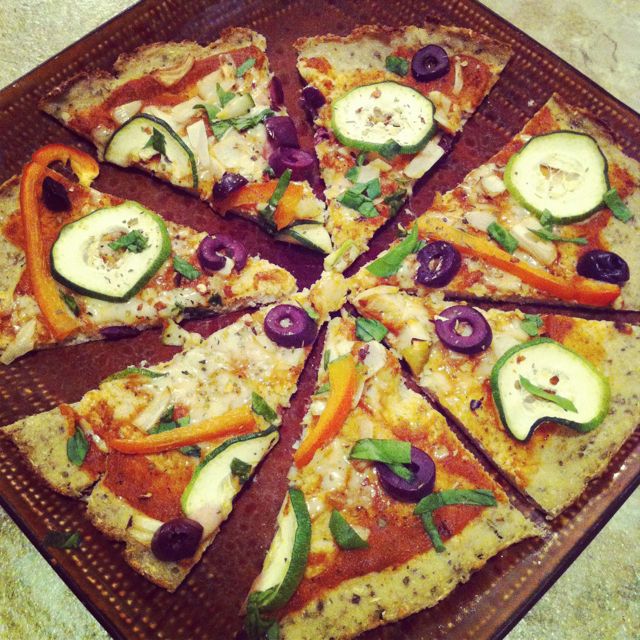 Well, after seeing Laura post her version of Caralyn’s Cauliflower Pizza (topped with a perfectly runny egg), I finally broke down and attempted my own Thursday night. It was so good I just KNEW I had to make it for BB!

I subbed quinoa flour for the almond flour to make my “crust” and then topped it with all things delicious! 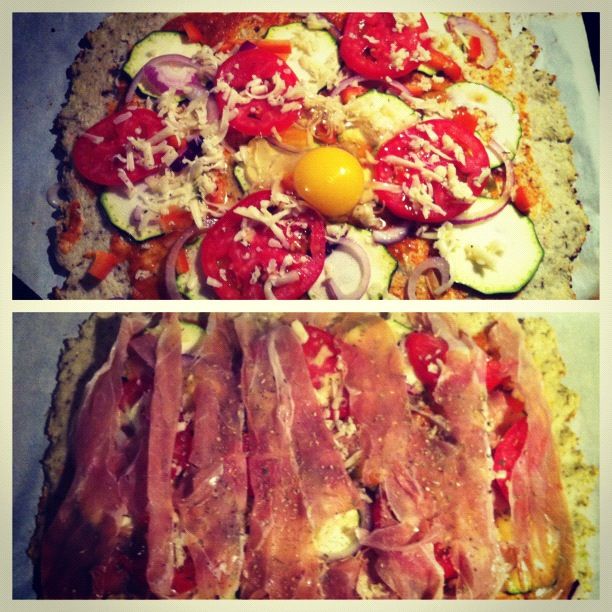 This time I made SURE to remember to top mine with an egg while BB preferred his “blanket of meat” as he so put it! 😉 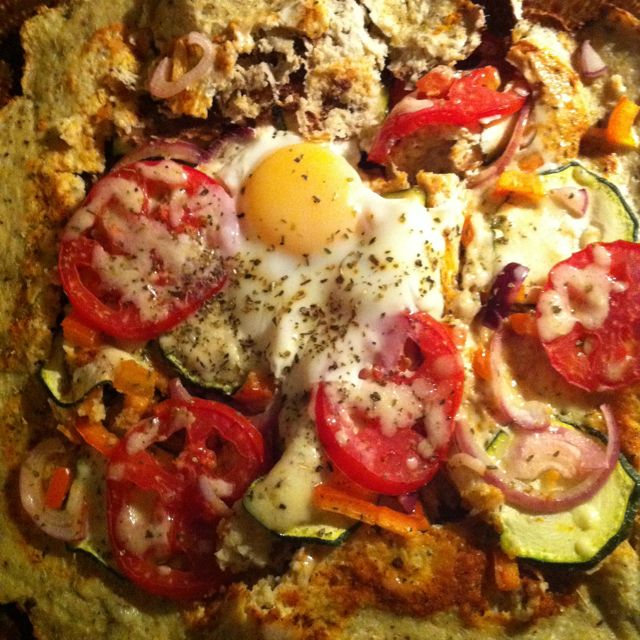 I cooked my egg a bit too long (next time, I’ll take Laura’s tip of setting the broiler and adding the egg in the last few minutes of cooking for a more #yolkporn worthy dinner!),

But oh myLANTA was this amazing!! 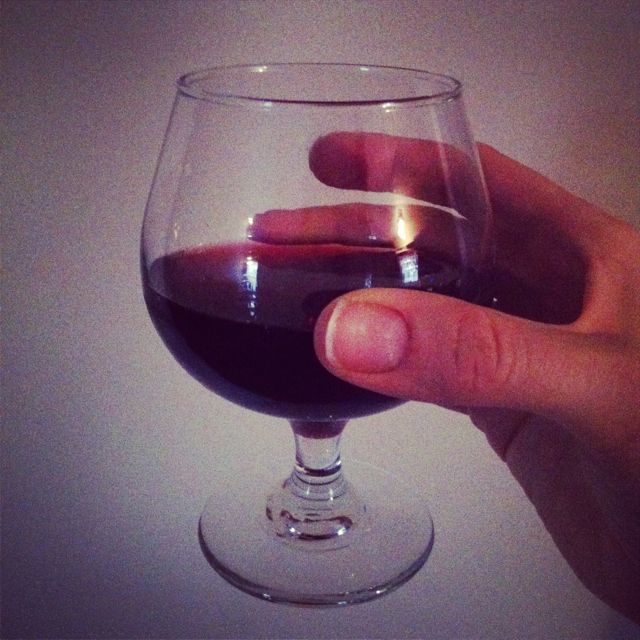 And what’s a pizza night without a little vino?

I may or may not have gotten tipsy off just ONE glass of our red that evening!

This morning, we woke up early and BB treated me to pancakes at one of my new favorite breakfast spots! 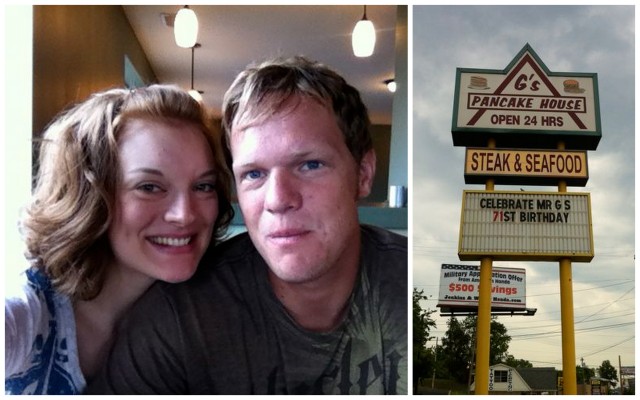 Excuse his non-smile…I caught him mid-chew! 😉

I feel it’s my duty as the “Pancake Queen” to make my way down their list of custom pancakes, so this time I ordered the blueberry pancakes 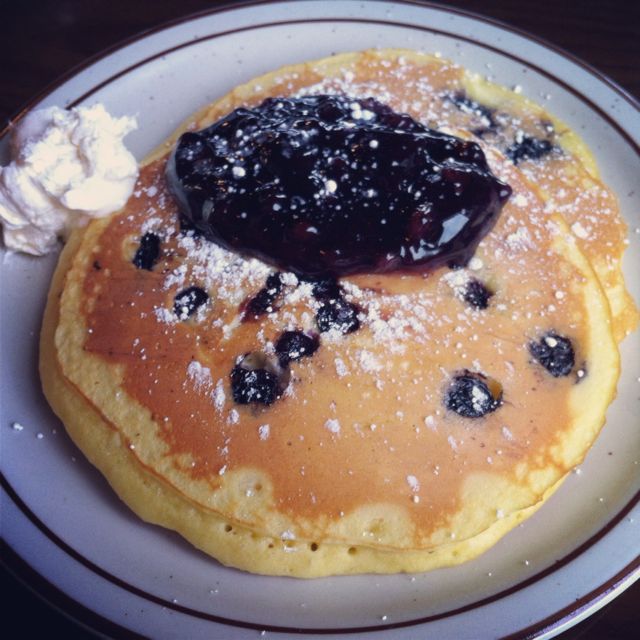 While BB got the same thing as last time…or so he thought. He ordered the pecan pancakes the last time we went, but I SWEAR they didn’t look OR TASTE anything like these! 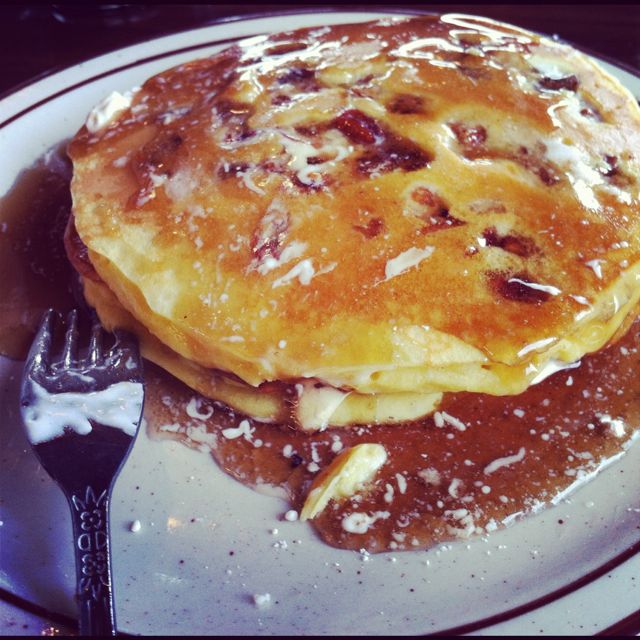 I told him he HAD to wait for me to take a pic after he added the syrup because it was total #foodporn…then I had to explain what foodporn was! Lol

For the record, his pancakes got 101 likes on Instagram to my 84!

After breakfast, we headed home to rest our tummies and lounge on the couch until he had to leave….only ONE MORE WEEK until this out of town nonsense is over and he’s back for good! 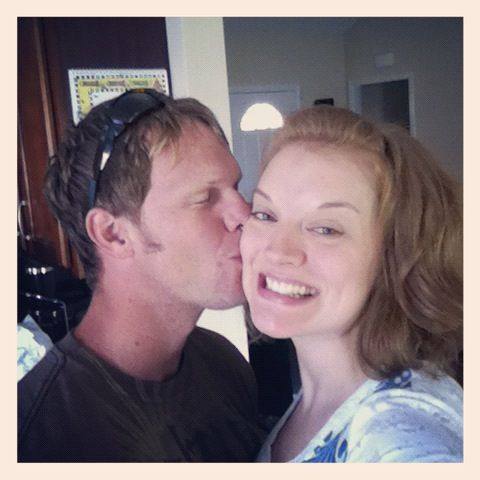 Good-bye kisses are the best…and obviously make for the cheesiest of smiles!

Usually on the Sundays that I have with BB, after he leaves I have just enough time to hit fix a snack, hit the gym, and take a cat nap before heading into work for the night.

Well, today’s snack was a little different AND Instagram worth for sure! 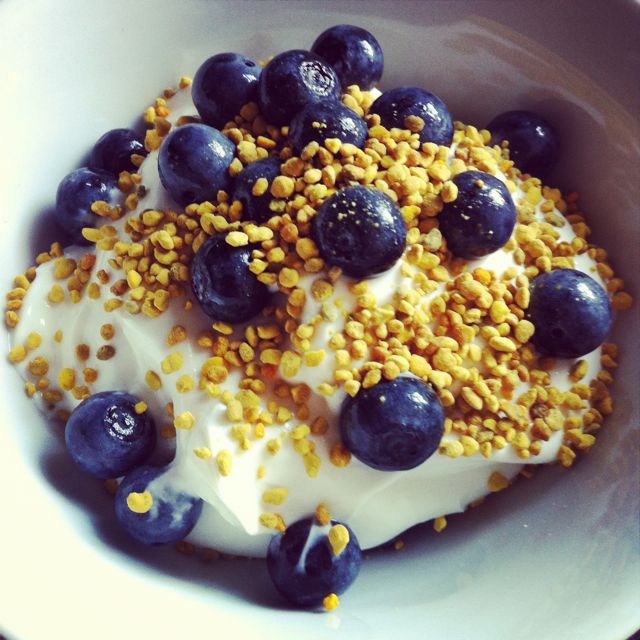 Remember that bee pollen I picked up a few weeks ago? Well, I finally got around to using it and let me just say, I think I found a new obsession! A little bit of an earthy taste, but with the subtle sweetness, it went PERFECTLY with my bowl of yogurt and bloobs!

Just the right amount of pre-workout fuel to get me through my workout! 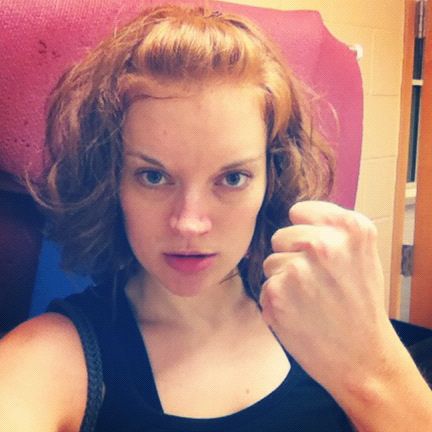 For those of you who aren’t familiar with this, it’s a martial arts based class…kind of like kickboxing, but set to fun upbeat music! Lots of punching, kicking, and definitely enough cardio to get you nice and sweaty!

In other words, my dream come true! 😉

You know what else is a dream come true? 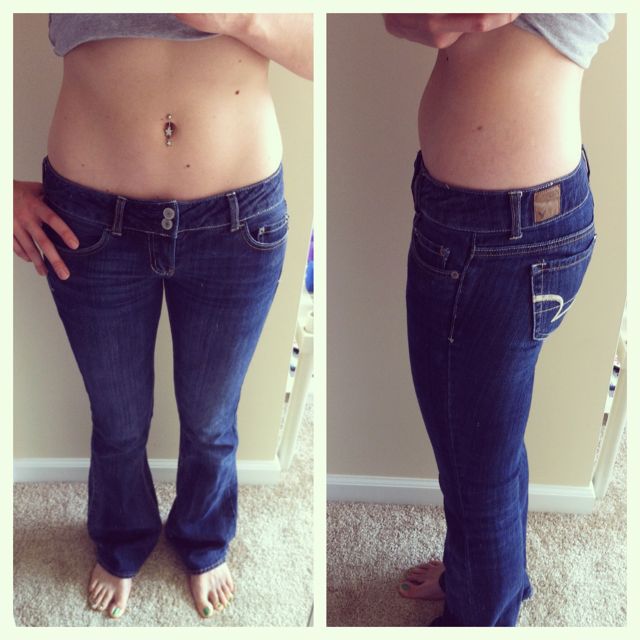 When I went to get changed for my workout, I noticed that all morning, I had been pulling up on my jeans. At first I didn’t think anything about it, but then I realized I could pull them down without unbuttoning them.

So I tried something.

Tell me the highlights of your weeekend!

Anyone else out there tried cauliflower pizza? Or lotus root?