Posted on February 7, 2013 by kissmybroccoli

We made pet rocks.

We had Christmas parades.

We built solar systems out of styrofoam balls.

But we NEVER had Show and Tell when I was in school.

Clearly this is my chance to get back that time where I longed to share my latest in the Barbie collection, the Indian money I found on the playground, or the puppy I taught to sit, shake, and rollover.

So without further adieu, I present you with…

Things that make Heather squeal (aka what I bought in Atlanta): 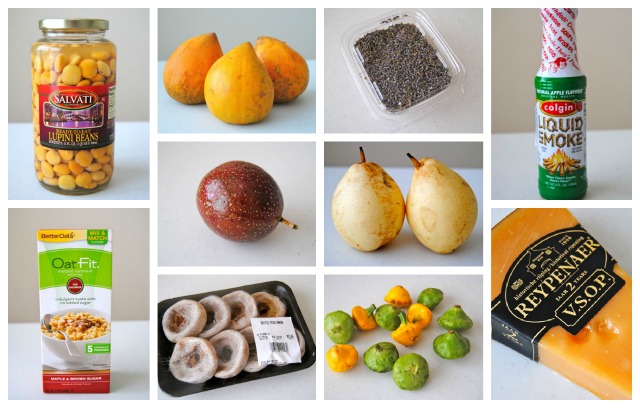 My collection of goodies from Buford’s Highway Farmers Market!

Lupini Beans – they remind me of butter beans only with a bit of bitter/tartness to them…and they have FOURTEEN grams of protein per 1/2 cup serving!

Eggfruit – Laura said it tasted like vanilla custard…NO WAY I was leaving there without it!

Culinary Lavendar – Hmm, perhaps there will be some pancakes inspired by a certain vegan scone?? 😉

Passionfruit – My very FIRST one!

Yali Pears – so crisp, so sweet, and so juicy that I made a mess out of my scrub top at work!

TWO YEAR aged Gouda – they had samples…and those samples WORKED! Oh my god, weak in the knees!!!

Dried persimmons – HELLO, persimmons are my favorite fruit…how could I turn this down?

Oat Fit Maple & Brown Sugar Oatmeal – I LOVE the cinnamon roll flavor so when I spotted these, I just had to get them…now I can’t decide which flavor I like more especially after this: 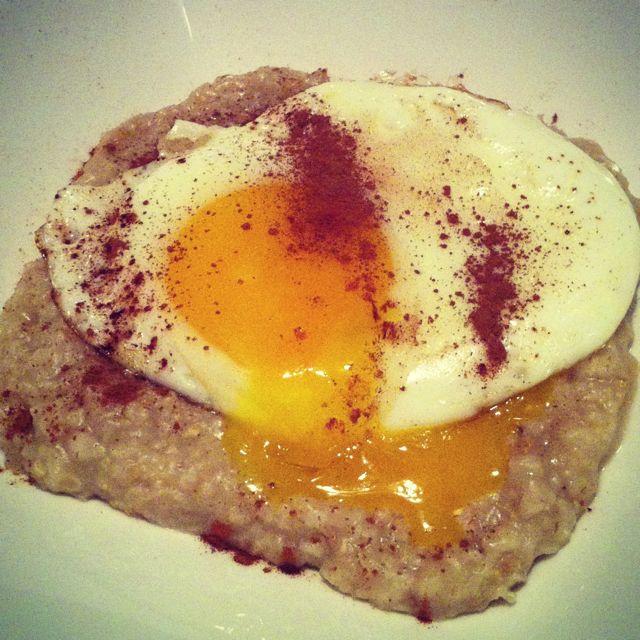 I kid you not!

I tried the passionfruit yesterday…it was definitely more tart than I thought it would be but in a good way! 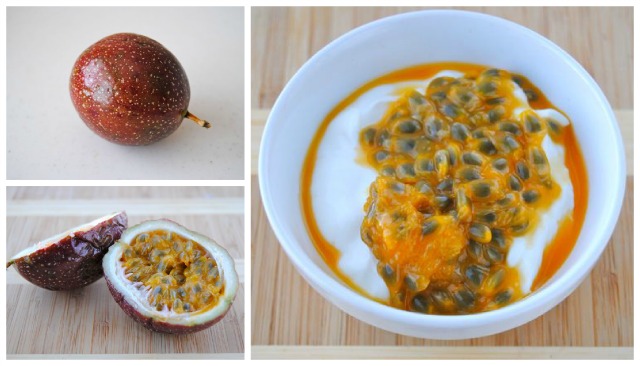 A little stevia and some Cho and I was good to go!

While I was pleasantly surprised with my passionfruit purchase, the REAL treat was this beauty: 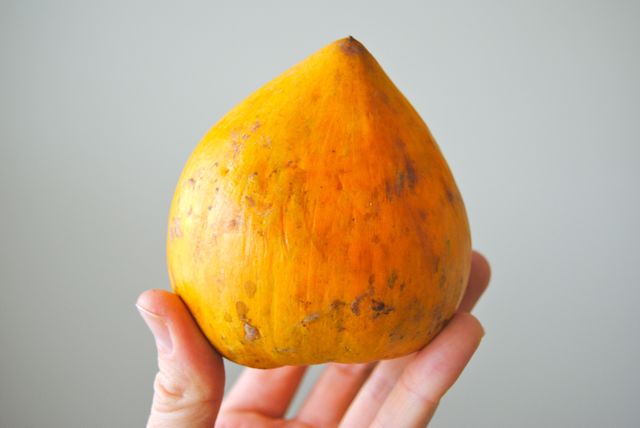 Behold the all mighty eggfruit!

Never heard of it before? Don’t worry, I hadn’t either…that’s why I took plenty of pictures to share with you guys! 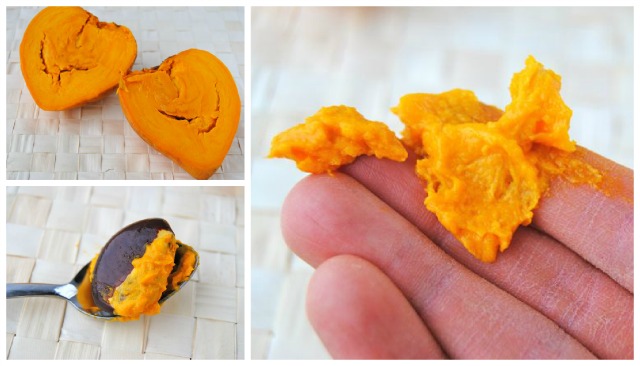 The peel is really thin, but bitter-tasting so I had to do my best to scrape the flesh out with a spoon. The texture is like an overripe avocado but the taste? The taste is like SWEET pumpkin pie! 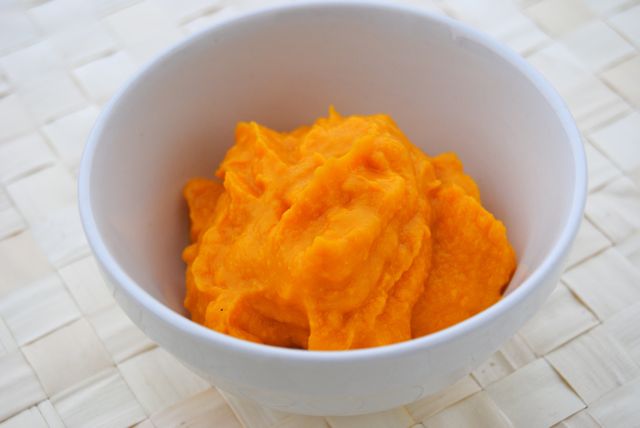 A bowl full of pie… 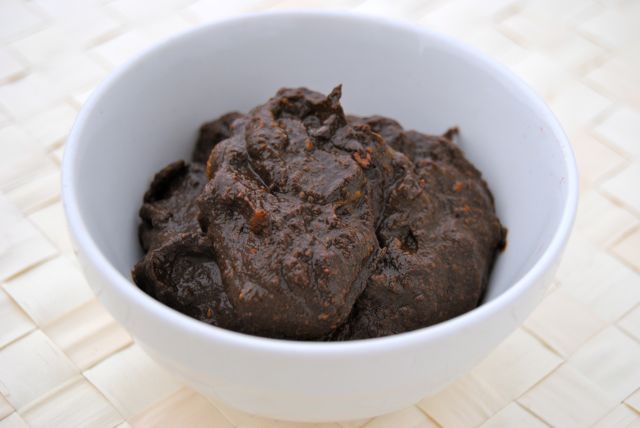 Or a pile  of chocolate pudding! 😉

I am seriously in love! Look out persimmon, you have some competition! 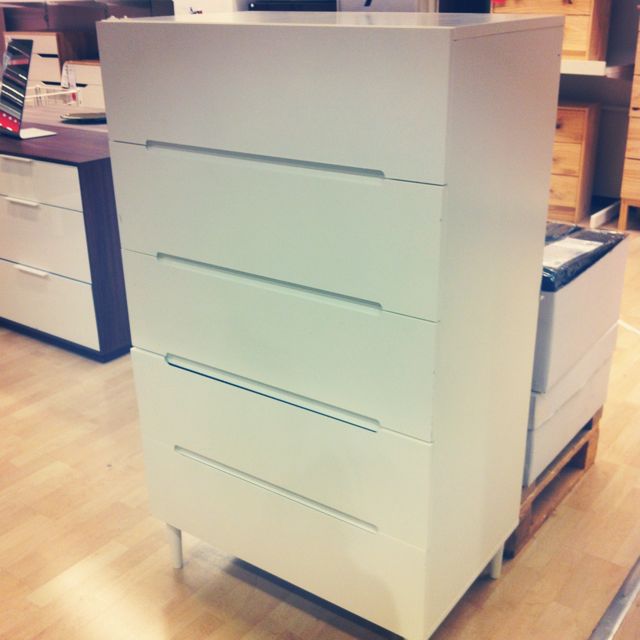 After TWO YEARS of looking for a modern looking dresser in WHITE that did not come with Disney princess decals, I finally found the ONE! I’m so excited for the man-friend to help me put it together this weekend!

Well, that is if he can forgive me for chasing him around the store with this: 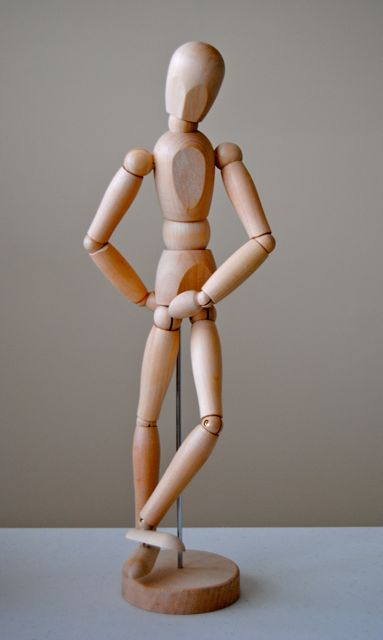 Seriously, you guys, I have wanted one of these since my first REAL art class in middle school! 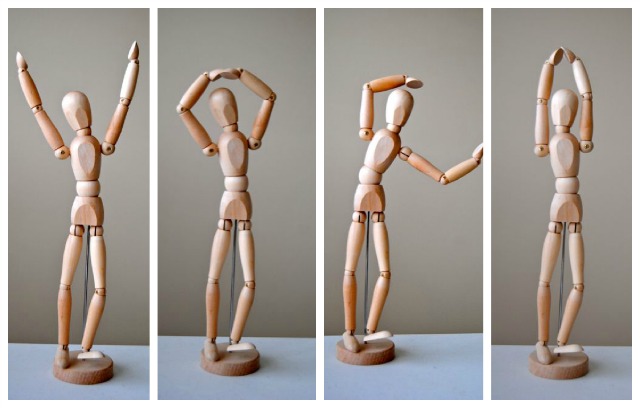 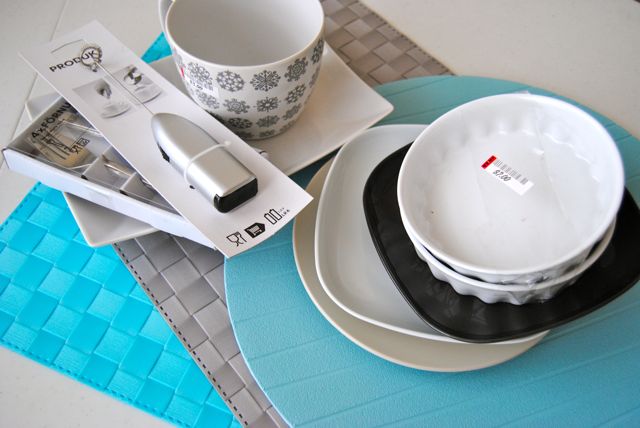 Oh and I also picked up this awesome bamboo salad bowl… 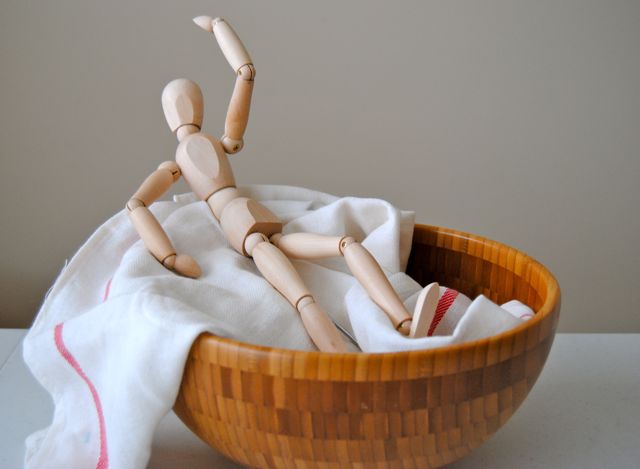 Yeah, I’ve been having a bit too much fun with this! 😉

Did you have Show & Tell at your school?