Posted on February 20, 2013 by kissmybroccoli

Wow…I couldn’t help but have the BIGGEST smile on my face as I read through all your sweet comments on Monday’s post…especially since I know that the man-friend will be reading them too (yep, he reads the blog :D) and by the time I see him again this weekend, I’m sure his ego will be as big as a house! Lol

Along with all my AMAZING Valentine’s Day goodies, I have to say, even though our Memphis plans fell through, he did a pretty darn good job keeping me entertained this weekend…especially when he asked me if I wanted to go to Big Lots…for the SOUL purpose of checking out the healthy treats like the new Budpop gummies! 😉

But besides buying WAY too many snacks to add to my already BURSTING pantry, we also found ourselves faced with some DELICIOUS eats…

As always, a BIG thanks goes out to our crafty, veggie-loving hostess, Jenn for giving me a reason to bombard you with more foodporn! 😉

Before heading off to my massage appointment, we fixed a quick but oh so satisfying breakfast… 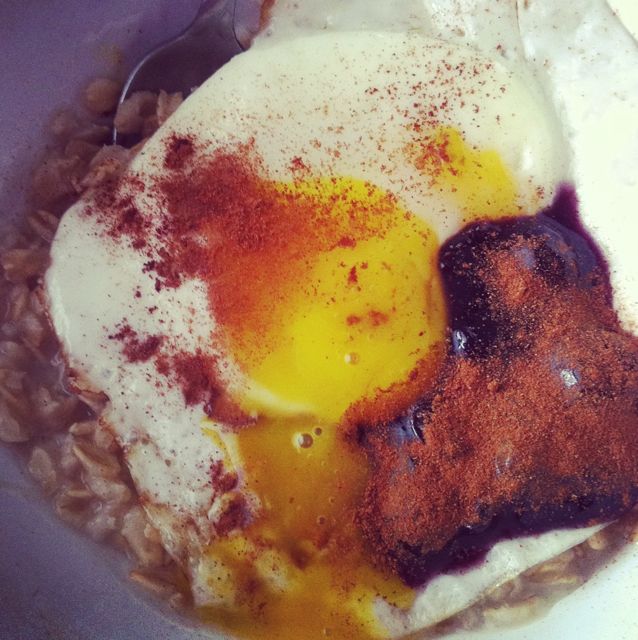 He kept it simple with a bit of honey drizzled on top, but I went BIG with a perfectly fried egg, blueberry jam, and a ton of cinnamon!

After he picked me up from my appointment, we had planned to go out for lunch, but traffic was terrible so instead we hit up the grocery store, picked up a few things and made a nice lunch at home! 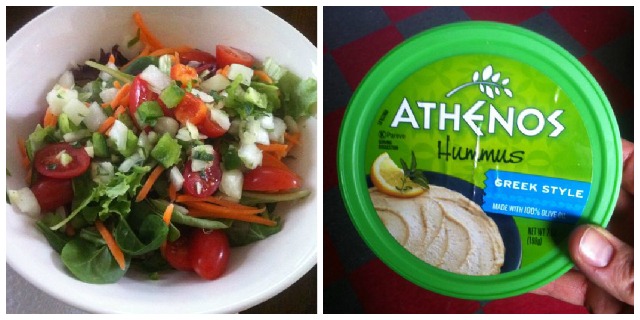 And while the man-friend opted for a turkey sandwich, I was really feeling the need for something warm in my tummy. 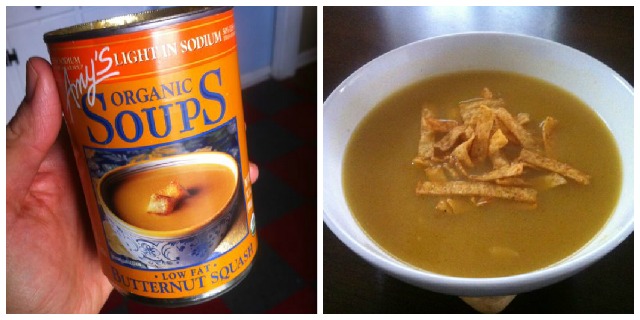 The rest of the day was full of movie-watching, nap-taking, and otherwise being lazy bums. Oh but we did manage make this tasty little snack… 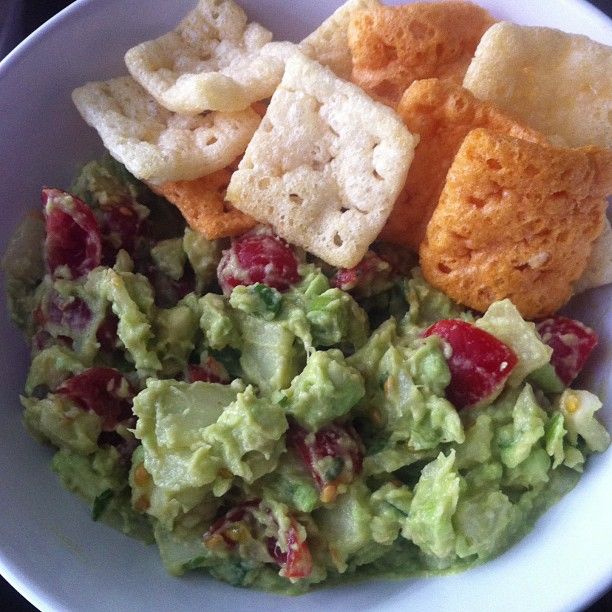 We finally decided to get up and get moving later that night and since I didn’t get the warm tummy goodness I had hoped for during lunch, I suggested we go out for Thai…nothing like some good (mildly <- I’m a wimp) spicy curry! 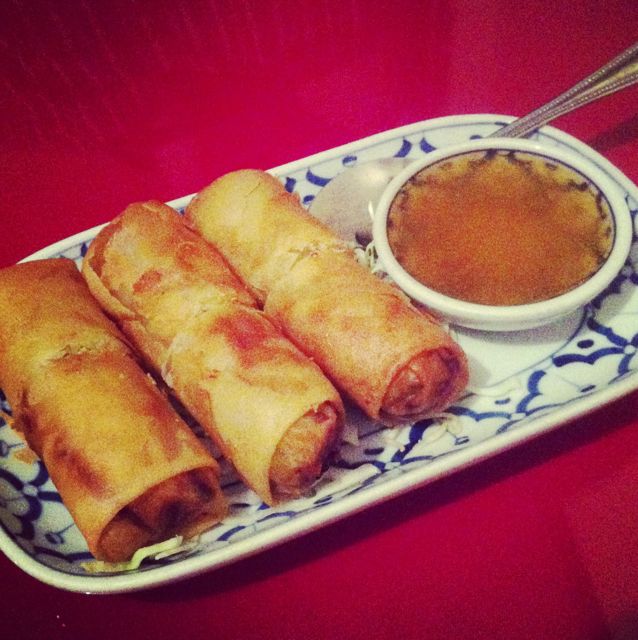 We started out with some spring rolls served with an incredible sweet peanut sauce to start, and then came our entrees… 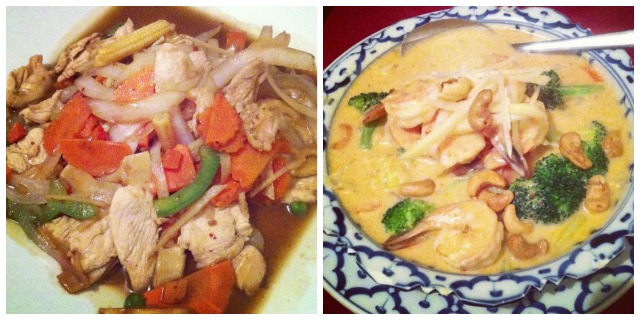 I actually ordered the dish on the left…chicken, carrots, onions, and snap peas in a brown ginger sauce, but after a couple of bites, I really wasn’t feeling it (the chicken was a bit tough and I was very disappointed with the ginger flavor) so the man-friend did one of the sweetest things…he SWAPPED plates with me!

Granted, he had already polished off HALF the bowl of this sweet coconutty bowl of deliciousness, but I GLADLY finished the rest! 😉

But after dinner is where it got REAL… 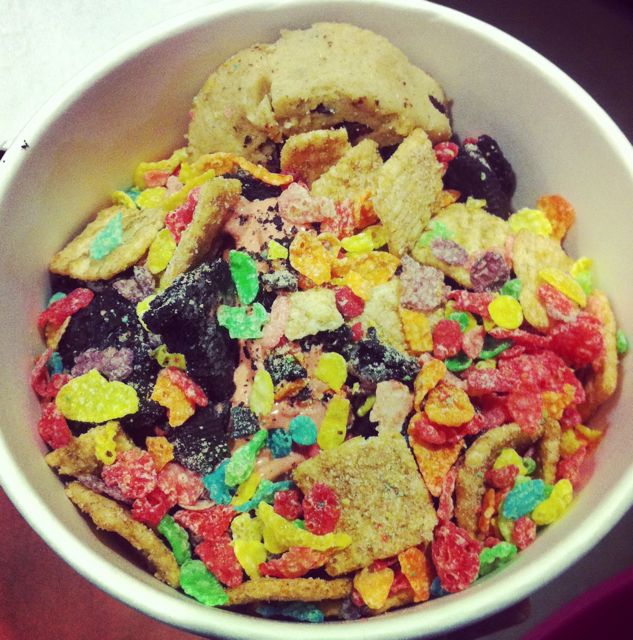 And hidden under my mountain of cereal? Only some of the best fro-yo ever…
red velvet cake batter!!! YUMMMM!

Later that night, before heading off to bed with our fro-yo-full bellies, I introduced the man-friend to… 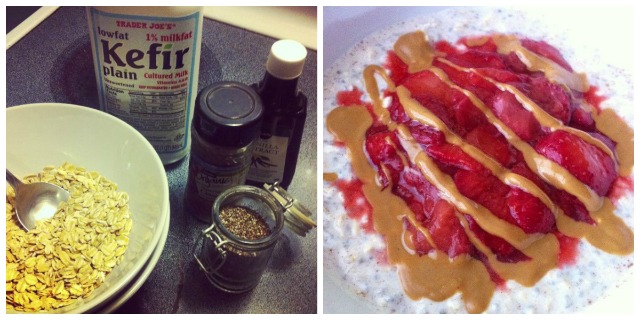 In the morning, he again went purist on me with a drizzle of honey (seriously, we need to work on this…must turn man-friend into nut butter addict! ;)) while I topped mine with thawed frozen strawberries and melty coconut peanut butter!

My bowl was SUPER filling…so much so that, hours later, the man-friend was forced to eat lunch alone…but I don’t think he minded not having to share his leftover Papa John’s with me! 😉

But dinner was a different story… 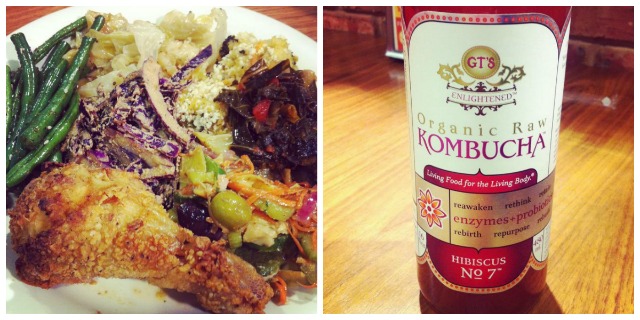 I had a piece of fried chicken (my first in YEARS…omg, SO good), sesame green beans, braised cabbage, broccoli casserole, sautéed greens and tomatoes, red cabbage salad, and some antipasta!

A few hours (and MORE shopping…haha!) later, this happened… 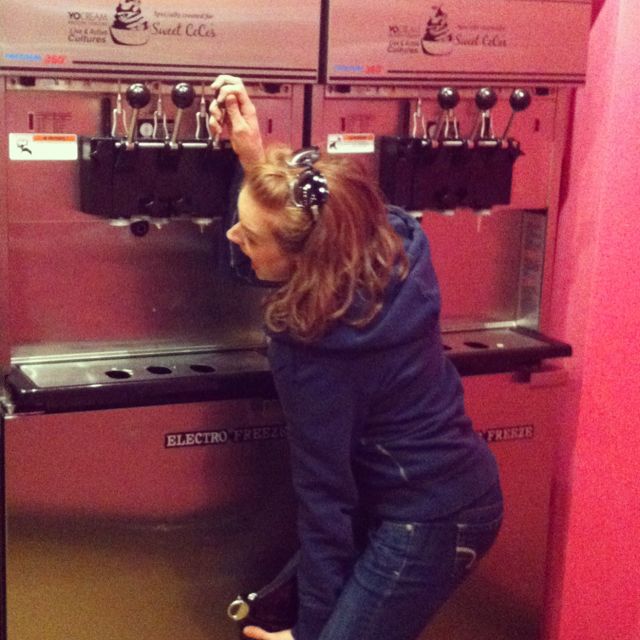 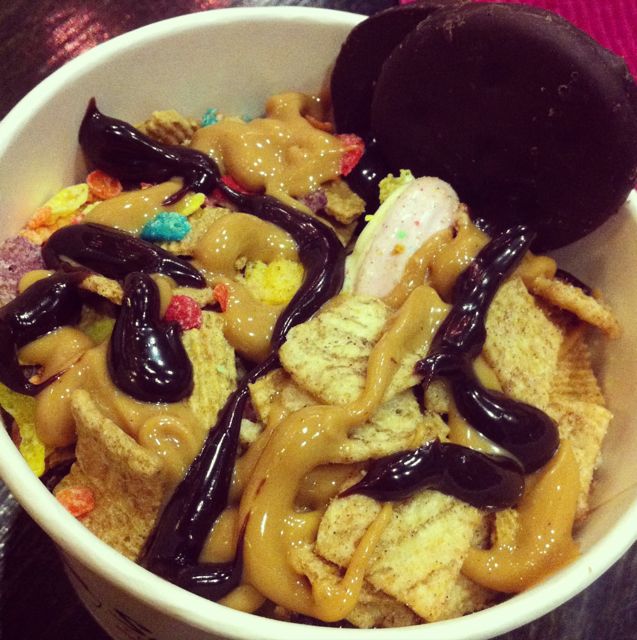 Fro-yo two days in a row?! Hey, you only live once! WHY have I’ve never thought to add hot fudge and peanut butter to my fro-yo before?? Omg, I’ve been missing out! And um…that may or may not be a couple of demonic cookies (aka Thin Mints) on this side! 😉

I have to say, looking back at everything, I think we did great at balancing out our eats…plenty of veggies, whole some grains, and TONS of calcium! 😉

What’s the best thing you ate this weekend?

When you get fro-yo, what’s one topping you can NEVER go without?
FRUITTY PEBBLES!!!