Posted on January 21, 2014 by kissmybroccoli

Sorry, I just couldn’t help myself! 😉 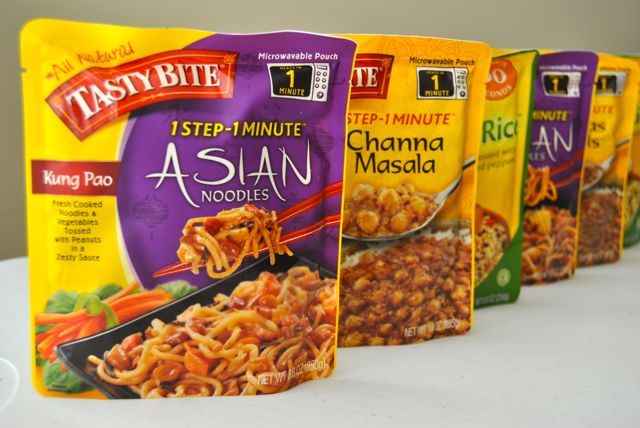 A few months ago, the people over at Tasty Bite contacted me about trying some of their  all-natural vegan and vegetarian entrees. I’d seen a few of the packages in stores here and there (Costco and World Market), but never had a chance to look into them. So after I received their email, I hopped on over to the website to see what they were all about.

I don’t typically buy pre-packaged meals because they usually have a mile-long ingredient list filled with things you can’t pronounce and of course there’s always a TON of sodium, but I have to say, after perusing the site for a bit, I was impressed with what I saw…quick fix meals in convenient pouches with only a handful of ingredients and a sodium content that wasn’t outrageous! WHAT?!

So I decided what the heck and agreed to put my TASTES to the test!

I never expected the company to be so generous, so I was super excited to receive SIX packages (each with two servings) of their top sellers! I’ll admit, I hoarded them for a while, but I’m actually glad I did, because over the last couple of months with the hustle and bustle of the holidays, these little packets were absolute LIFESAVERS! 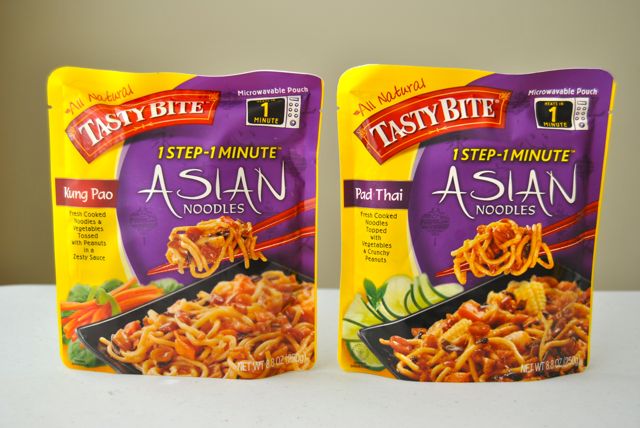 Being the NUTTY girl that I am, I couldn’t help but start with the Asian noodles first! 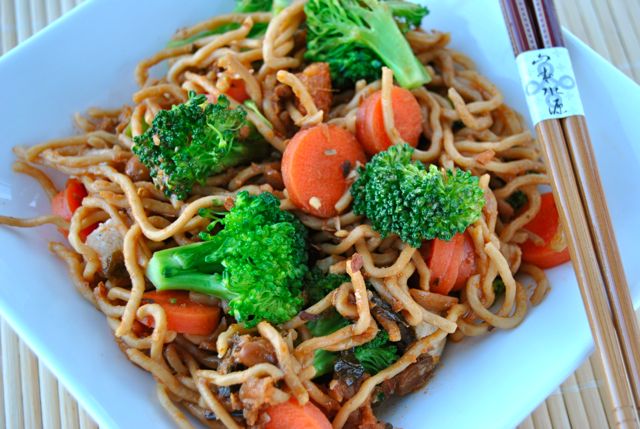 I added some broccoli, carrots, and chicken to “beef” up my bowl (haha!) and thought it made a nice-sized meal…perfectly satisfying! While I would have liked to have had a bit more sauce, I thought the flavors and texture of both the Kung Pao and the Pad Thai were great! The noodles weren’t mushy at all and the peanuts added the perfect crunch! 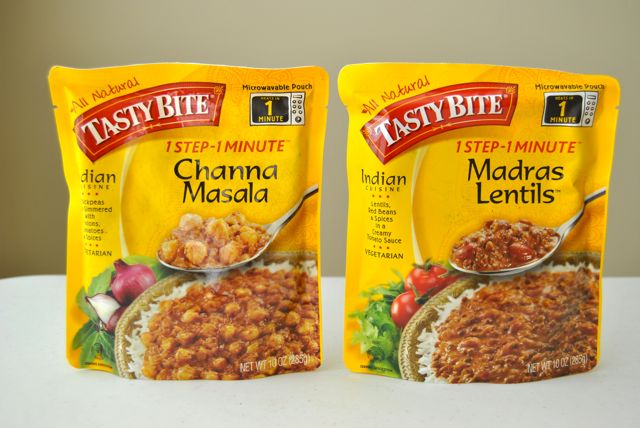 Next, I was really curious about the flavors of the Indian entrees!

I’m usually pretty wimpy when it comes to spice so I was a bit nervous at first, but I was pleasantly surprised to see that neither one of them were too much for me to handle. After trying out the warmed lentils on top of a colorful kabocha salad… 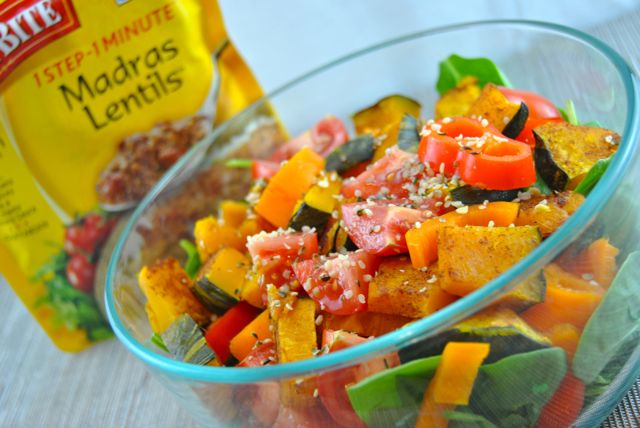 I took the other serving and made some flatbread tacos! 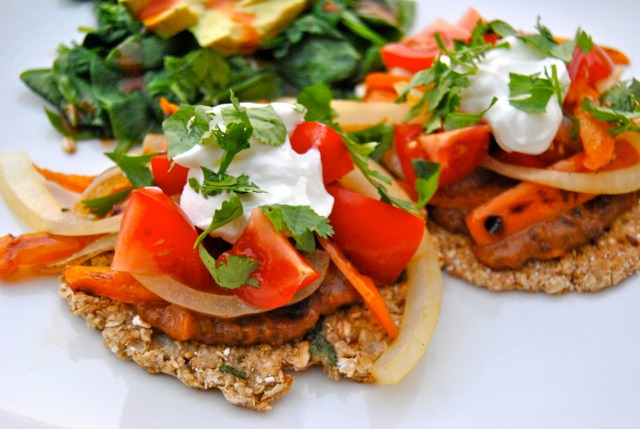 With a consistency somewhere between refried beans and salsa, they made for a bit of a messy meal, but it was definitely TASTY! The Chana Masala was eaten on its own in the mere minutes between coming home from a night shift and faceplanting into bed…so yeah, no picture proof…but that was actually my favorite of the two! I loved the sweeter spices and it was really filling! 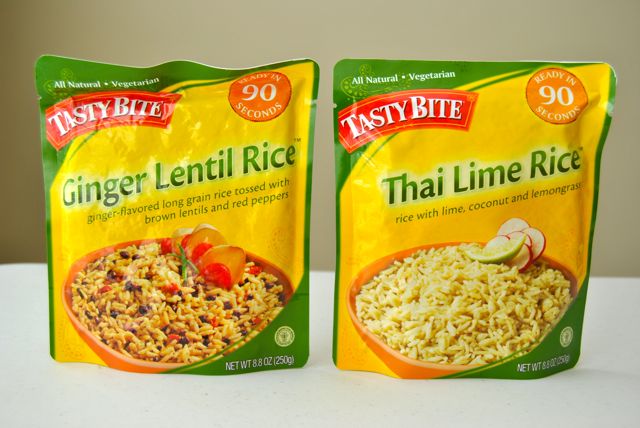 I saved the rice for last since I’m not normally a huge fan. I haven’t gotten around to trying the Thai Lime just yet, but if it’s HALF as good as the Ginger Lentil, then I may have to consider myself a rice-loving convert! 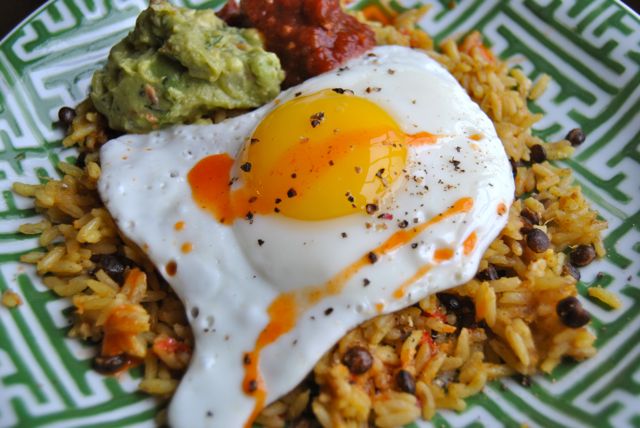 I’ll admit the spice in this got my nose running a bit, but let me just say I was more than grateful for this meal after coming in from some arctic Tennessee temperatures
a couple weeks ago!

I can tell you right now that I will most definitely be looking into getting more of these…I’m loving the look of the combo kits they have available online!

Disclaimer: Tasty Bite sent me these products free of charge, but I received no compensation of any kind for this review. All of the above opinions expressed are my own.

Have you ever tried any Tasty Bite entrees or sides?