I scream, you scream, we ALL scream for ice cream!

It’s not every day that I get to indulge in frozen desserts. Actually, with my lactose-challenged tummy, I rarely even think about going out. After years of attempting to convince myself that lactase pills would save me from ending up in the fetal position, I finally accepted the fact that if I wanted ice cream (not sorbet, because, let’s face it, the two will NEVER compare!), I’d just have to settle for a pint of the dairy-free stuff at home. 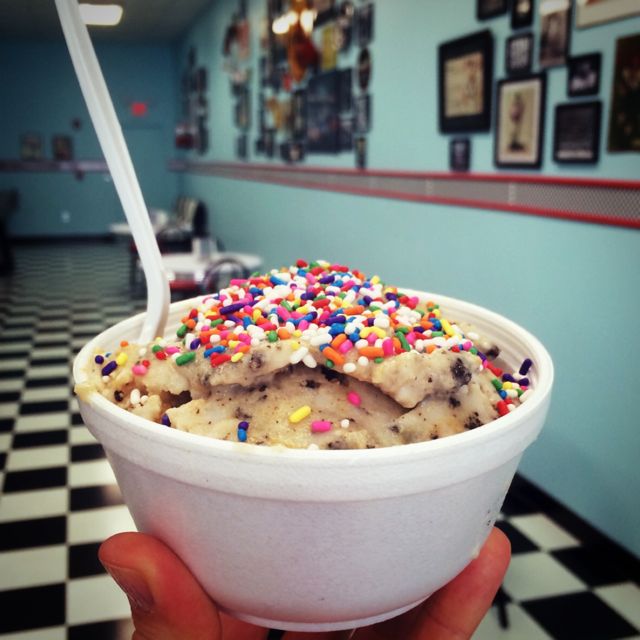 That was until this bowl of frozen ALMOND MILK perfection appeared before me a mere FIVE MINUTES after being poured from a carton.

Two weeks ago, my little town of Clarksville welcomed a new business called Freeze Pleeze. An ice cream parlor promising things like all-natural ingredients and dairy-free alternatives with a variety of flavors all made to order and FLASH FROZEN before your eyes! After a friend of mine raved about their rose-flavored ice cream (?!), I knew I just had to check it out. So after a hot day at the park last week, I packed along a few friends and strolled over to the 50’s-style parlor ready to be awed and amazed. 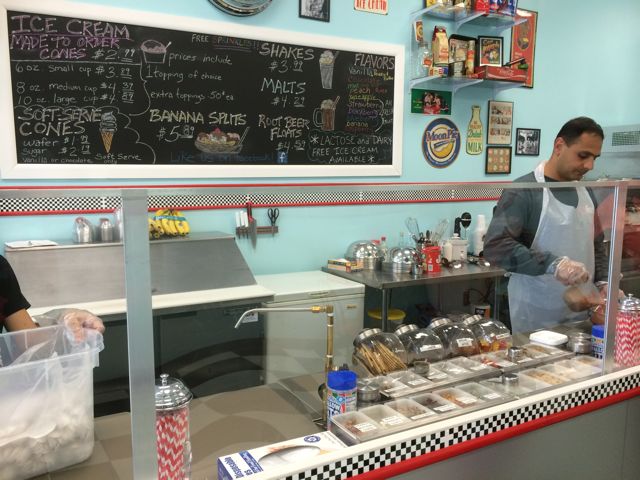 With so many flavors and different treats to choose from, I’ll admit, it took me a minute (or ten) to narrow it down. After calling dibs on a sample of my friend’s cup of rose, I finally decided on the almond milk peanut butter with crushed Oreos! 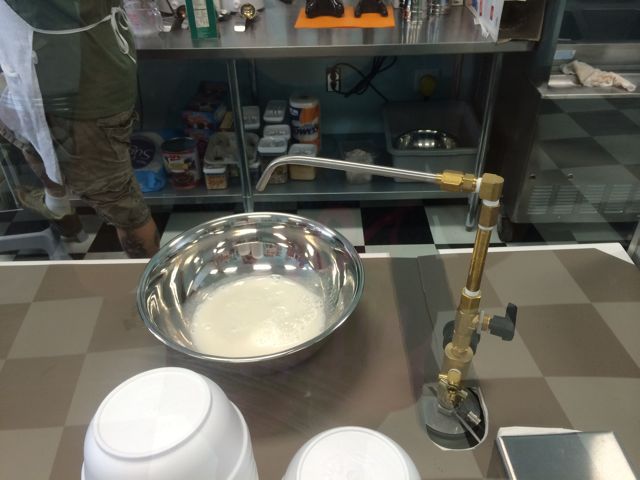 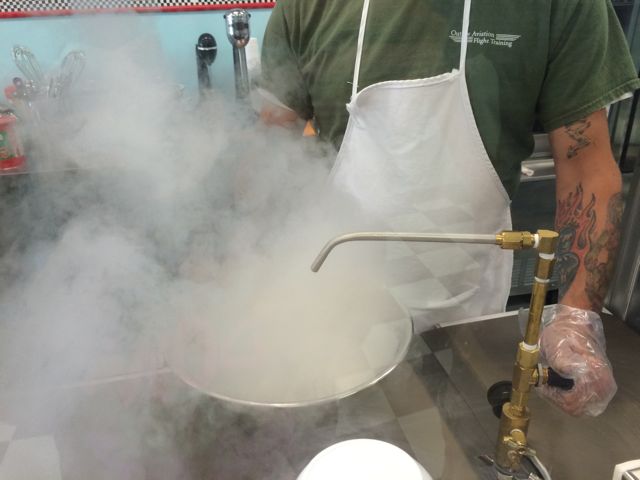 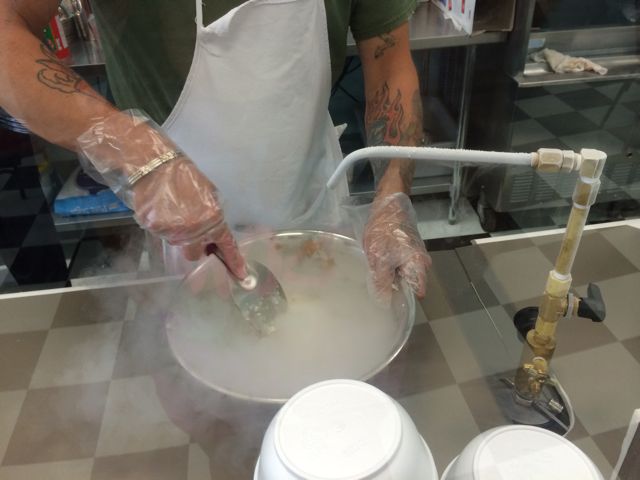 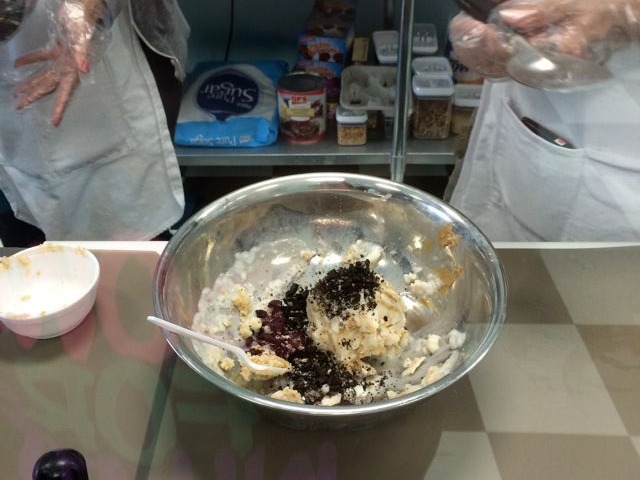 It really was amazing to watch the whole process. I couldn’t believe it only took a few minutes to come together. While they offer the usual suspects as far as toppings go, none of their ice creams have any added sugars or binders. And when it comes to the price, it’s a steal! My medium cup cost less than $5.00 and I was so full when we left! Plus…

The owners were incredibly welcoming. Since they are just starting out, they asked our opinions (my other two friends ordered peanut butter banana and CHOCOLATE peanut butter banana…obviously my friends have exquisite taste) and told us to feel free to voice any concerns if we had them so they could better refine their recipes. But honestly, after a round of musical cups to sample each flavor, none of us could find a thing to complain about!

And now, my mission is to try every flavor! I’m having visions of chocolate coconut milk ice cream mixed with slivered almonds in my near future. Hey, you guys KNOW my infatuation with that combo! Oh man, it’s gonna be a tough summer! 😉

Have you ever been to an ice cream place like this?