Posted on January 16, 2013 by kissmybroccoli

Wow, I seem to be in a really good mood right now…and for good cause!

Yep, today is the first day in over THIRTY SIX HOURS that I haven’t felt like I was going to toss my cookies!

How about we celebrate?

You know, because every time a foodie gets her appetite back, , the fun and frills of a WIAW -type celebration is definitely justified! 😉

On Saturday afternoon, my stomach started feeling a bit off, but I just chocked it up to eating too much for breakfast… 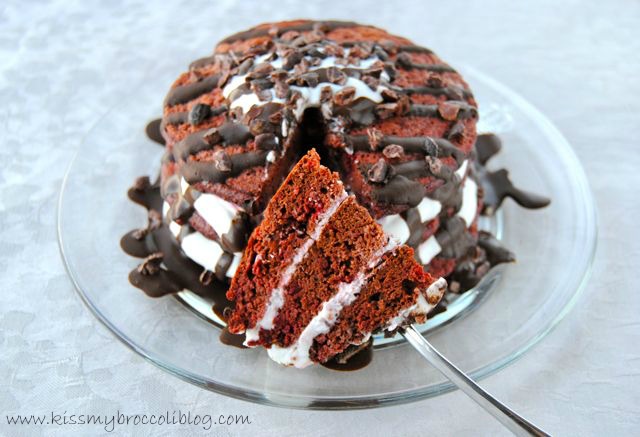 Because let’s face it, when a plate of Red Velvet Protein Pancakes is sitting in front of you, you can’t NOT finish it! 😉

I met up with the man-friend later that day and we did some shopping at the Opry Mills Mall. While we were there, we started getting hungry so we decided to check out the food court to see what they had to offer. We had plans with some friends later that night for dinner so we were hoping to find something a bit light for lunch.

We ended up trying a place that was new to both of us, called Green Leaf’s. They offer a wide variety of wraps, paninis, and salads or you can even customize your meal by choosing your own meats, veggies, toppings, and dressing. 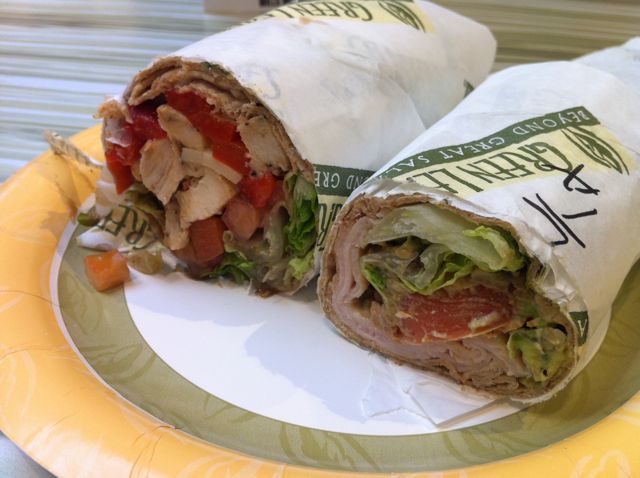 We ended up sharing a Balsamic Chicken and Roasted Peppers (on the left) and the a Turkey BALT (bacon, avocado, lettuce, tomato).

After we finished, we walked around a bit more, but I couldn’t shake the feeling that something was still not right with my stomach. I didn’t even clean my plate yet I felt like I’d eaten a huge Thanksgiving dinner! We had a couple of hours to kill before we needed to meet up with our friends for dinner at Bonefish Grill so I rested up on the couch until it was time to leave.

Once at the restaurant, I STILL wasn’t feeling right, but being the STUBBORN foodie that I am, there was NO WAY I was passing up the chance to get some Bang Bang Shrimp!

I enjoyed a couple of bites and when it came time to order, I decided to go with the
Baja Fish Tacos (because it was the smallest thing on the menu…and well, you guys know how I can never pass up fish tacos!).

After dinner, that was it…my body was DONE with giving me “little” signs!

I started getting sharp pains in my back and arms, all of a sudden, I had like NO energy, and then the “icing on the cake” if you will, I felt like I was going to toss my  tacos at any moment!

After a not-so-good night’s sleep, I woke up feeling absolutely miserable. I spent most of the day on the couch while the man-friend willingly stepped up into the position of nurse, hydrator, and cooker of sick food! 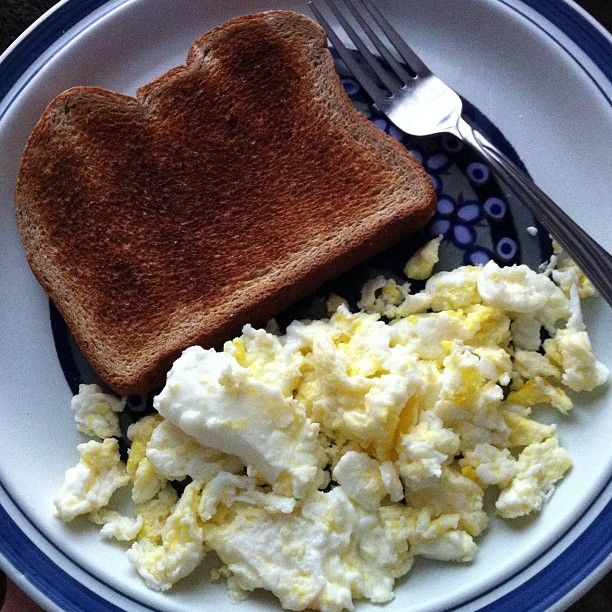 After taking some anti-nausea medicine, I practically slept ALL day. Somehow, I finally managed to find enough energy to (barely) make it back to my house later that night. Of course, the only reason I did was because I knew I didn’t leave Tiger enough food to make it through another day.

If he only KNEW how much I loved him!

Before I called it a night at 8:30pm, I whipped up a bowl of oat bran and topped it with half a banana and a bit of peanut butter.

I was able to eat half of it.

THIRTEEN hours later, I awoke feeling MUCH better, but still a bit wary of anything too elaborate for breakfast so I stuck to something simple:

See? I even felt good enough to make it look pretty! 😀

Plain Chobani with puffed kamut, half a banana, and persimmon “goo” (just the inside of a SUPER ripe hachiya persimmon).

Even though my “bowl” of yogurt was actually a mug and not a very large portion at all, I felt SO full after breakfast so when it came time for lunch, I scaled back a bit. 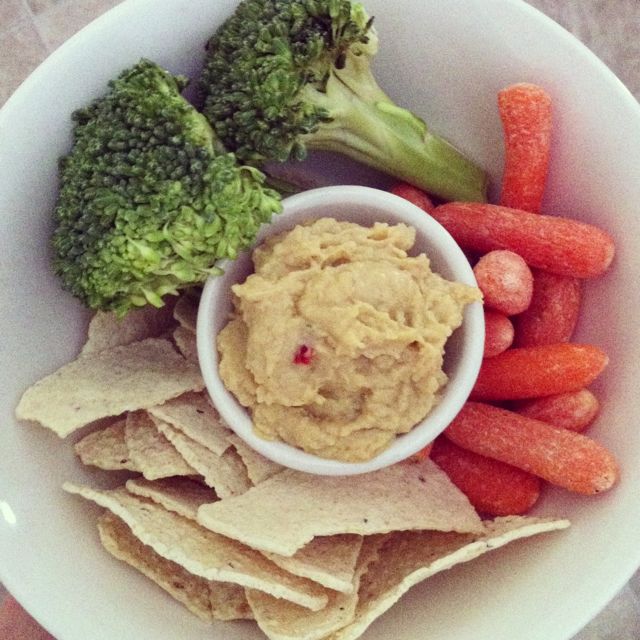 About two hours later, I had a bit of an aftershock… 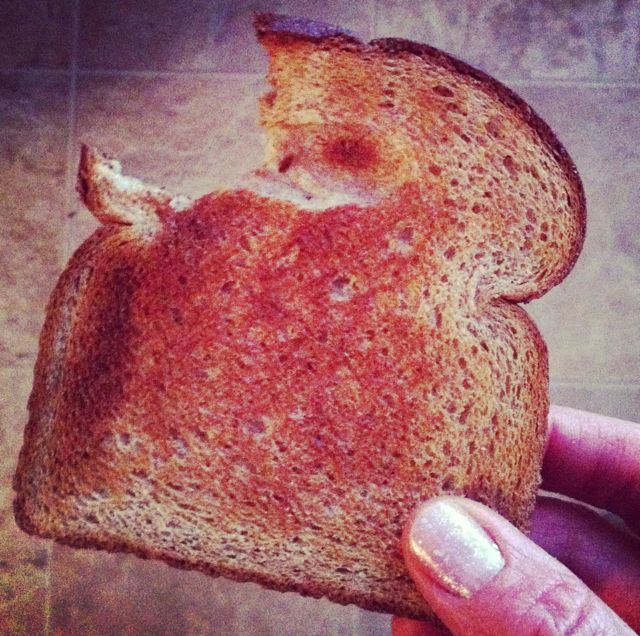 More toast for the tummy.

Luckily, the man-friend had sent me home with the anti-nausea medicine, so I took some and in an hour or so I was feeling better.

Like a STUBBORN idiot, I decided that since I was feeling better, that I was good enough to make it into work that night (especially since I had to call out sick on Sunday). What I DIDN’T figure in was that the anti-nausea meds also make you DROWSY!

I think it’s safe to say that was the LONGEST shift I’ve ever worked!

But at least I didn’t toss my toast! 😉

After my shift, I slept like a ROCK (obviously) and have been feeling better ever since…though I’m still popping candied ginger and sipping on my favorite tea…no way I’m having another aftershock!

What is your go-to food when you’re not feeling well?

Are you a stubborn person?

36 Responses to Don’t Toss the Toast!