Posted on January 17, 2013 by kissmybroccoli

Have I GOT something for you today!

But first, a little intro…

Remember on Monday when I mentioned that I had ordered MORE of my new favorite maple syrup? Now let’s rewind a bit to the moment when I first discovered it!

A few months ago, a representative from Xyla, one of the country’s leading producers of xylitol, contacted me about reviewing some of their products.

Not knowing much about the sugar-free sweetener, I asked a few questions and then did a little research on my own and here is what I found:

After getting a bit excited over my new-found xylitol knowledge, I agreed to review a few products for the company. 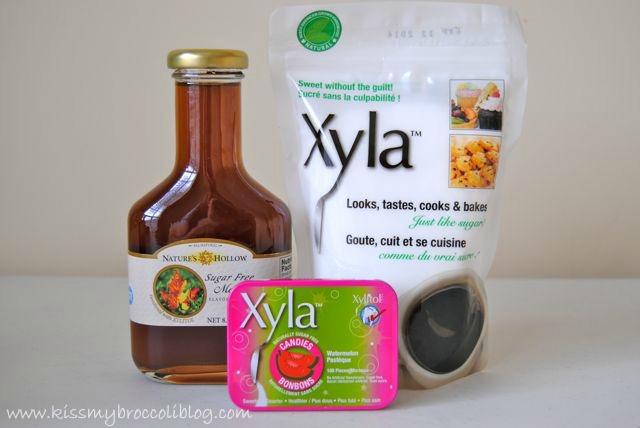 I was sent a bottle of their maple syrup (specifically requested for OBVIOUS reasons) and a bag of pure granulated xylitol. They also threw in some watermelon-flavored candies. 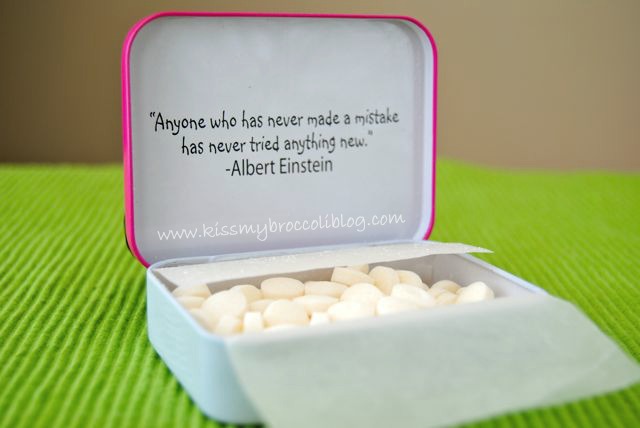 I tried the them out right away and was pretty impressed with the flavor…
and just like they said, no funny aftertaste!

When I tried the syrup, I was a little unsure about it at first since I’m used to the super thick consistency of pure maple syrup, but once I drizzled it over my first pan-COOKIE?

Well, you guys were there for all that!

Yeah, that bottle went FAST! Hence the reason for the recent replenishing! 😉 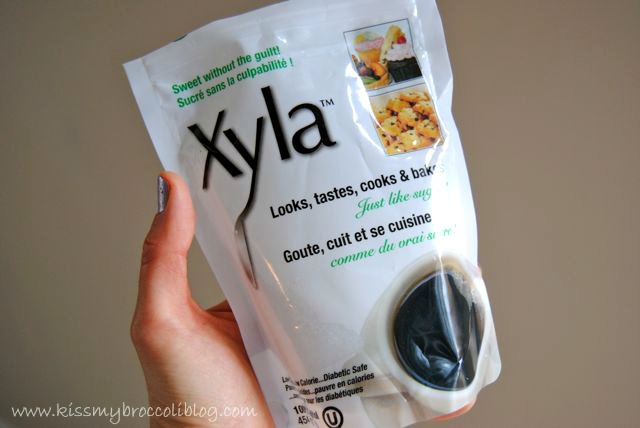 As for the xylitol itself…I wasn’t really sure what I should do with it.

It’s no secret, I’m no Betty Crocker, but I wanted to make the most of the sample that I had and I wanted a good basis to judge it off of.

About that time THIS arrived on my doorstep: 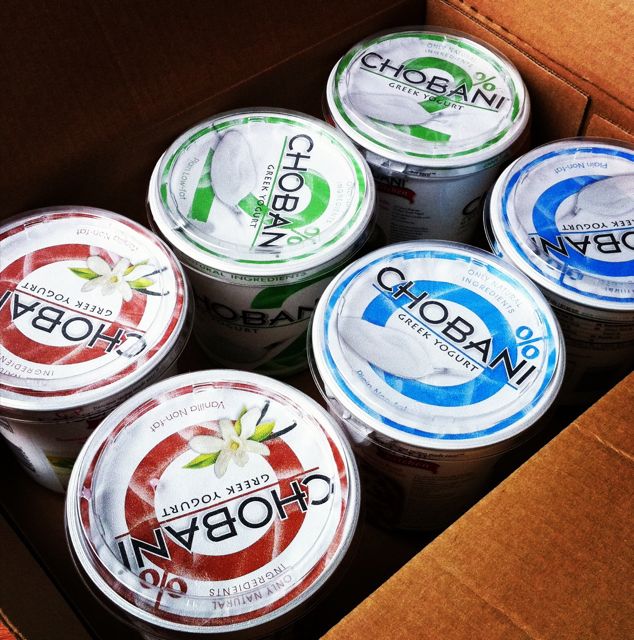 Along with their new campaign to Just Add Good, Chobani sent me a case of their 16oz tubs to help “inspire” me…and it couldn’t have come at a better time! 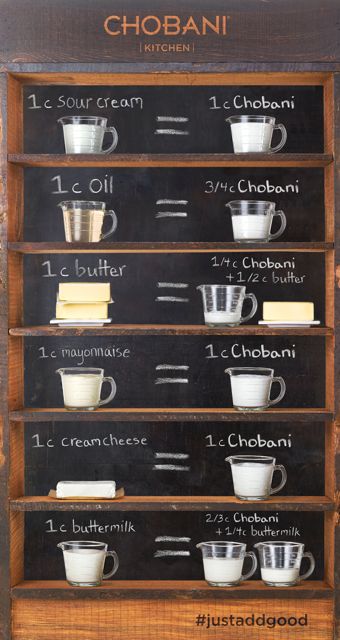 Once I saw this amazing conversion chart, I knew EXACTLY what to do! 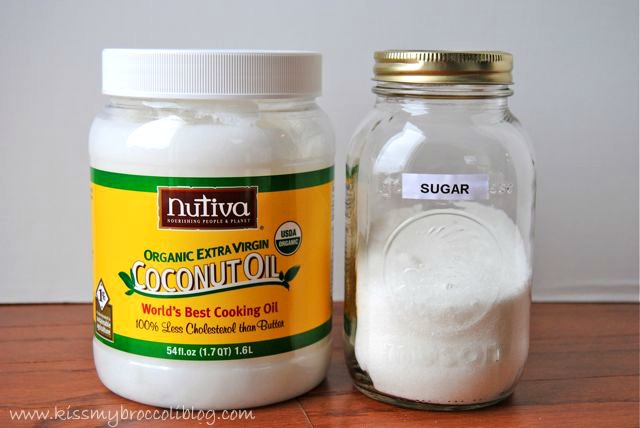 Threw out the oil and the sugar… 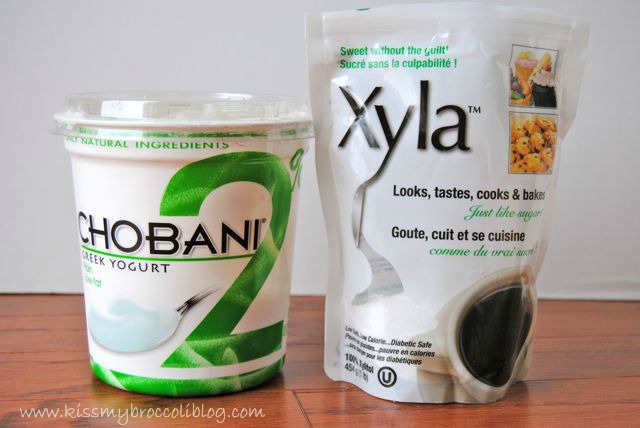 And threw IN some CHO and some XYLA! 😀

And this is what I came up with… 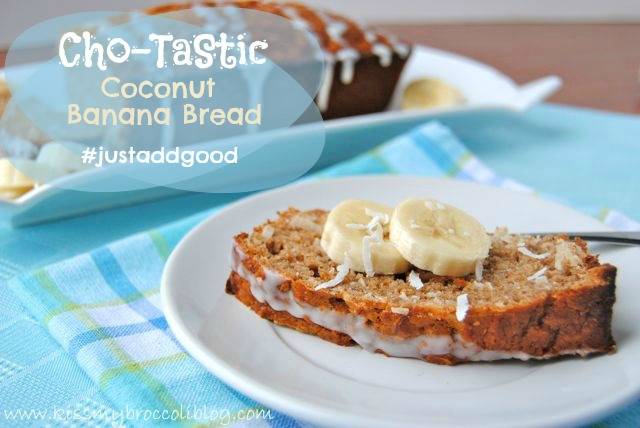 Come on now, you didn’t expect me to just make plain ol’ banana bread didja? Oh no, not after my recent relapse with my coconut butter addiction… 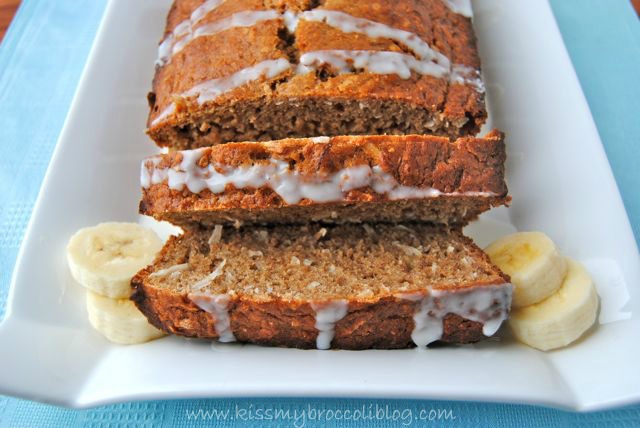 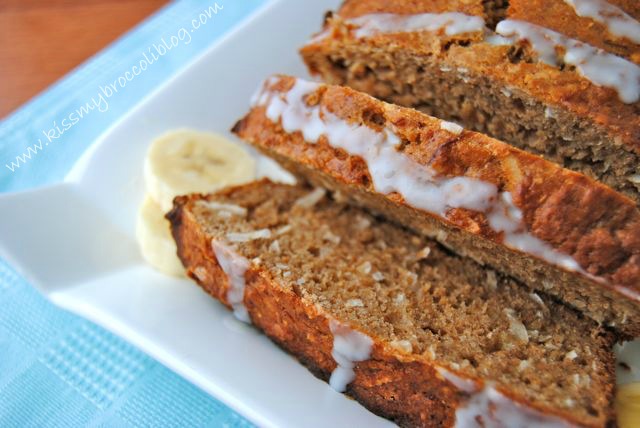 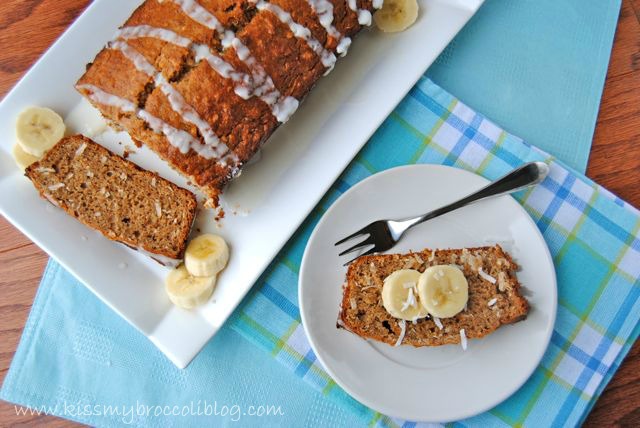 I’ve got 99 problems, but finding a reason to break out the coconut butter ain’t one of them! 😉

1. Preheat oven to 350 degrees Fahrenheit and coat a 9×5 loaf pan with non-stick spray.
2. In a large bowl, combine flour, baking powder, salt, and cinnamon.
3. In a separate bowl, use an electric mixer to beat eggs and xylitol until light in color.
4. Add Chobani, vanilla, and banana, and stir until combined.
5. Add wet ingredients to dry ingredients and stir until flour is incorporated.
6. Fold in shredded coconut.
7. Transfer batter to a loaf pan and bake for 55-60 minutes or until the top of the bread is golden brown and a toothpick inserted into the center of the loaf comes out clean.
8. Remove from oven and allow to cool for at least 10-15 minutes before drizzling with melted coconut butter.
9. Slice, serve, and smile!

Now, may I have a drumroll for the nutritional stats? 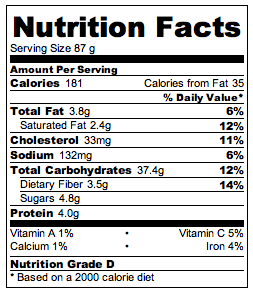 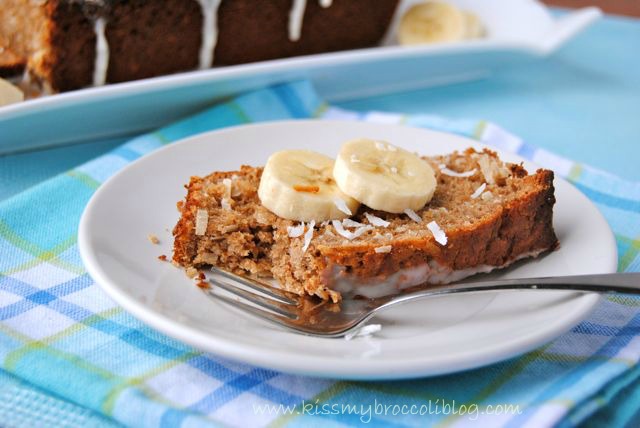 So much so that I’ve already made TWO loaves in the last week! I’m telling you guys, this is BY FAR the BEST banana bread I have ever tasted! The flavor combination of the banana and coconut is amazing and the fact that there is no oil OR sugar?

I was sent products from Xyla and Chobani free of charge but all of the opinions expressed in this post are of my own.

Have you ever tried xylitol before?

What’s the last thing you “added some good” to?