Back when I was calorie counting,
I used to have nightmares about becoming fat. 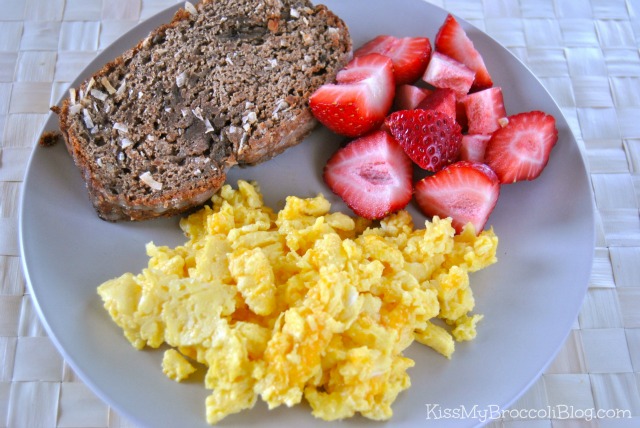 No, I saw myself with three chins, thighs the size of tree trunks, waddling down a beach in a black and white swimsuit…with horizontal stripes. Why was I on a beach? Well, probably because that is where I feel the most self-conscious about my body.

Dude, I just came up with that! Oh heck yeah, I’m totally starting my own business in dream analysis…$20 a hour! Any takers? 😉 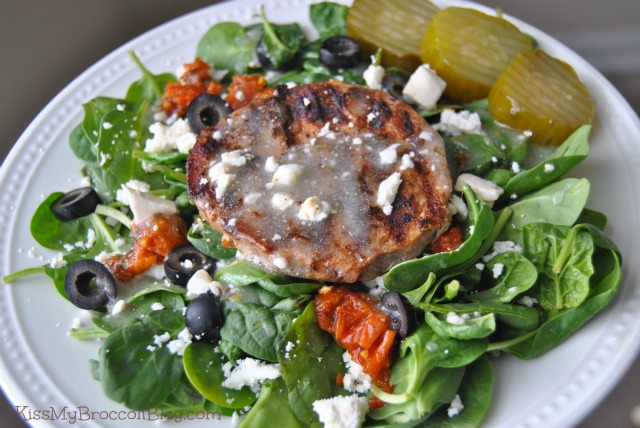 I felt that if I gave up counting, I would not only go BACK to the weight I was at before (about 14 pounds heavier), but THEN SOME…yeah, I’ve always been a bit of  an emotional exaggerator, but there’s a reason for this logic.

You see, all my life I’ve been a card-carrying member of… 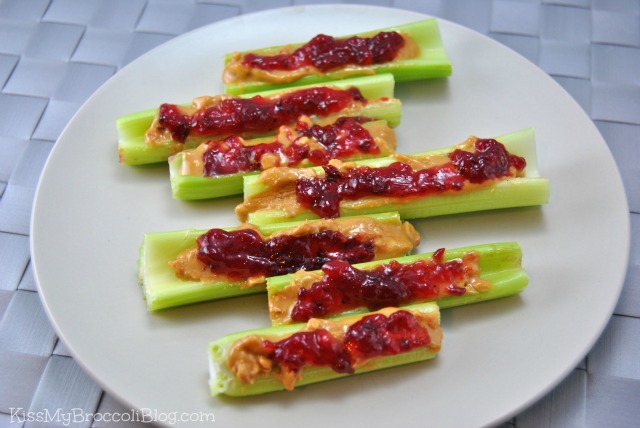 My parents meant well (I was a seriously picky eater when I was younger so getting me to eat was not always easy), but it was something that stuck with me over the years and eventually became a problem…

In college, I worked full-time AND went to school full-time. There wasn’t much time to sit down and have a “meal”…heck, most of the time the only thing that reminded me to eat was the sudden “I’m going to chew my own arm off” feeling which actually got me invited me into a NEW club… 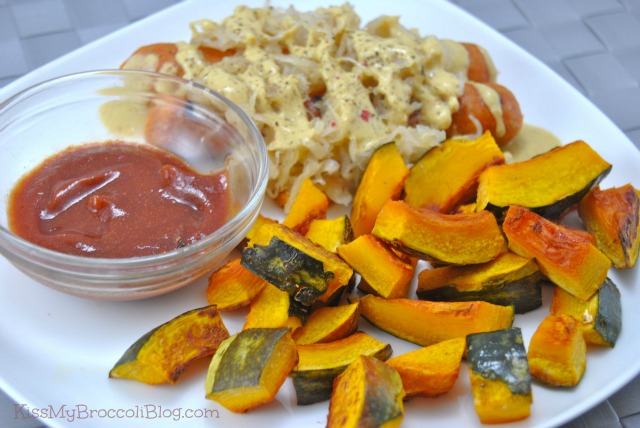 TJ’s Chicken Dogs topped with sauerkraut, mustard, and nutritional yeast with a side of roasted kabocha.

I think you see where I’m going with this…I was so busy with work and school, I never realized the conflicting schedule. Yep, both clubs were meeting at the SAME time on an almost every meal basis and this is something that went unnoticed for YEARS!

I first became aware of my “portion distortion” not long after I began calorie counting…but when I say “portions”, I don’t just mean serving sizes. Even before tracking, I would always measure out servings of calorie heavy foods but never thought about how they added up in the end. 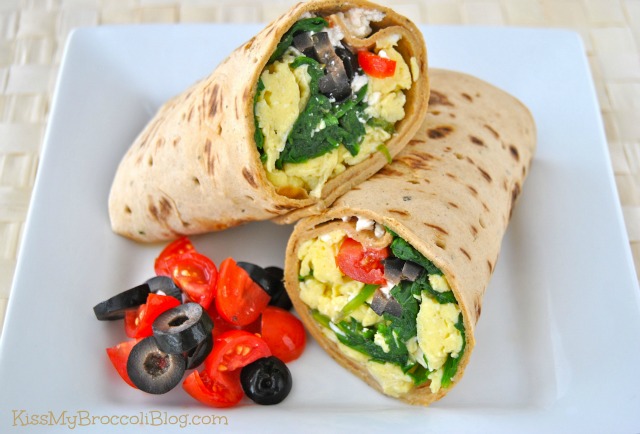 After I began logging my foods, I started subtracting things from my plate/bowl…whole items…it became hard for me to eat something with peanut butter AND a banana (because those two things themselves are already high in calories)…I never ONCE considered eating LESS than a full or half serving…I have no idea why.

Dream analysis is my thing, not PSYCHOanalysis…
Emphasis on the psycho! 😉 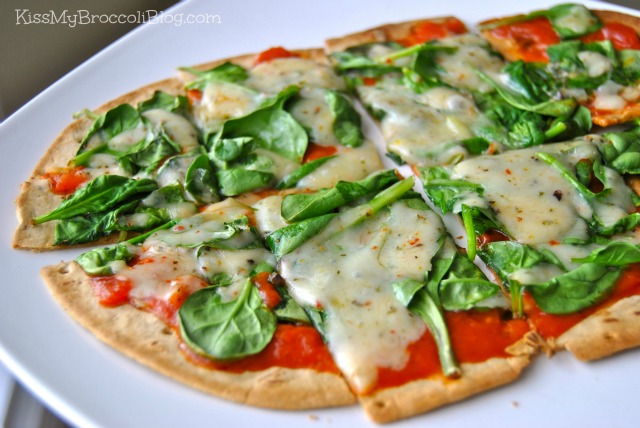 But calorie counting STILL didn’t stop me from overeating.

Some days I would be totally within my “food limit” but would have felt stuffed and miserable after more than one meal/snack. You know why? Because I had already added up all the calories on that plate and it “fit” my allowance…I had to finish each and every bite…otherwise I’d NEVER know how many calories actually went in my mouth! Duh! 😉

When I FINALLY gave up counting and made a commitment to intuitive eating, I was nervous about trusting myself to recognize my own satiety. In the past, I never gave myself enough time to eat, let alone a minute to pause and evaluate whether or not I was still hungry. And if I wasn’t putting my food away in 10 minutes or less, I was ALWAYS in front of my computer/phone…totally distracted.

I started to worry. 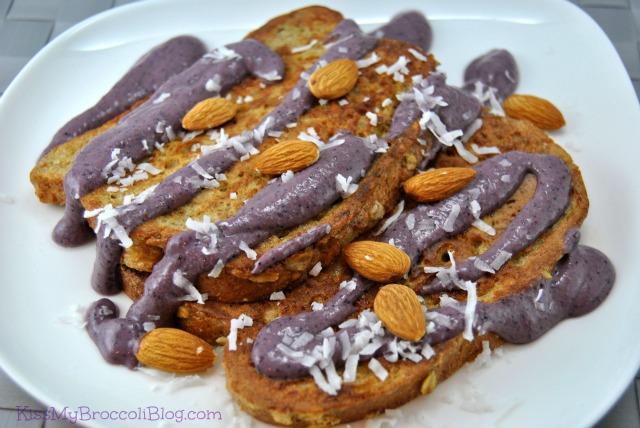 Would I get ENOUGH calories?

What if I was hungry again in like an hour?? 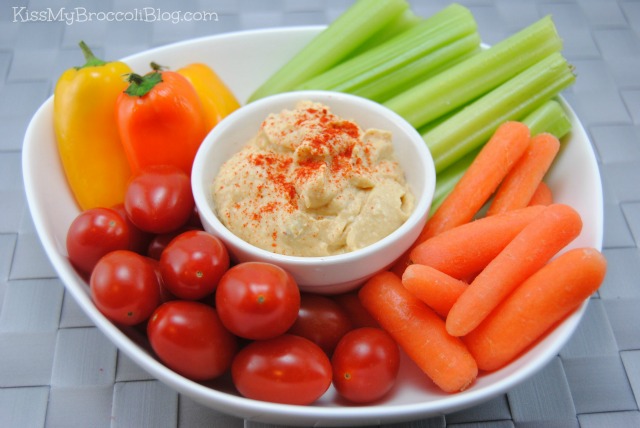 Random veggie plate with a dip of ricotta, mustard, and a little smoked paprika.

But you know what? All that worry was for nothing! As soon as I started sitting down, slowing down, and FOCUSSING on the flavors of each meal WITHOUT distraction, it actually came pretty naturally! 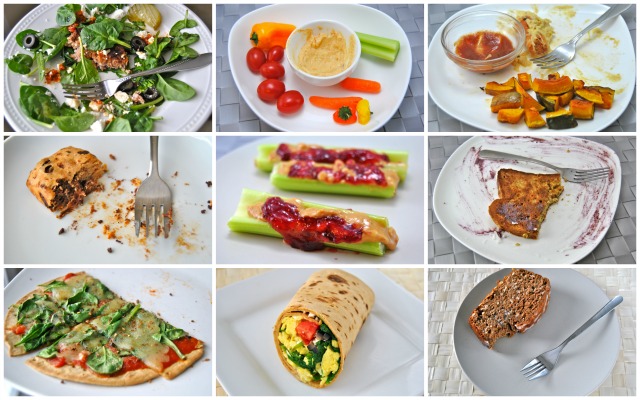 Yep, my clubbin’ days are OVER! I’ve torn up my cards and have officially entered delinquent status! 😉

Jamie mentioned something in her email yesterday that resonated with me…

When you think you might be full, YOU ARE FULL!

You just have to “trust your gut” 😉 …try not to let your mind/knowledge get the better of you. If you are eating something that is low in calorie…like a plate full of veggies with a simple dip or even just ONE protein bar…don’t feel obligated to finish it if you think you might be getting full. Remember, you can ALWAYS have more later if you are hungry. 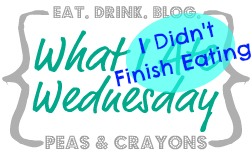 Be sure to head on over to Peas & Crayons to how everyone else is partyin’ it up this week! And as always, a big thanks to Jenn for hosting! 🙂

How in touch are you with your satiety?

What’s the last thing you were too full to finish?

75 Responses to WIAW: The Clubbin’ Edition