Posted on January 24, 2013 by kissmybroccoli

Thank you all SO much for the congrats on my service award I received the other day! Five years is definitely something to be proud of…even if it some nights it DOES feel like I’ve been there for an eternity…yeah, here’s looking at you Mr. Drunk McGee! 😉

First and foremost, the fact that after I woke up yesterday and checked my phone, I jumped up and down when I saw my Twitter alerts…

Anyone else catch Food Buzz’s Top 9? 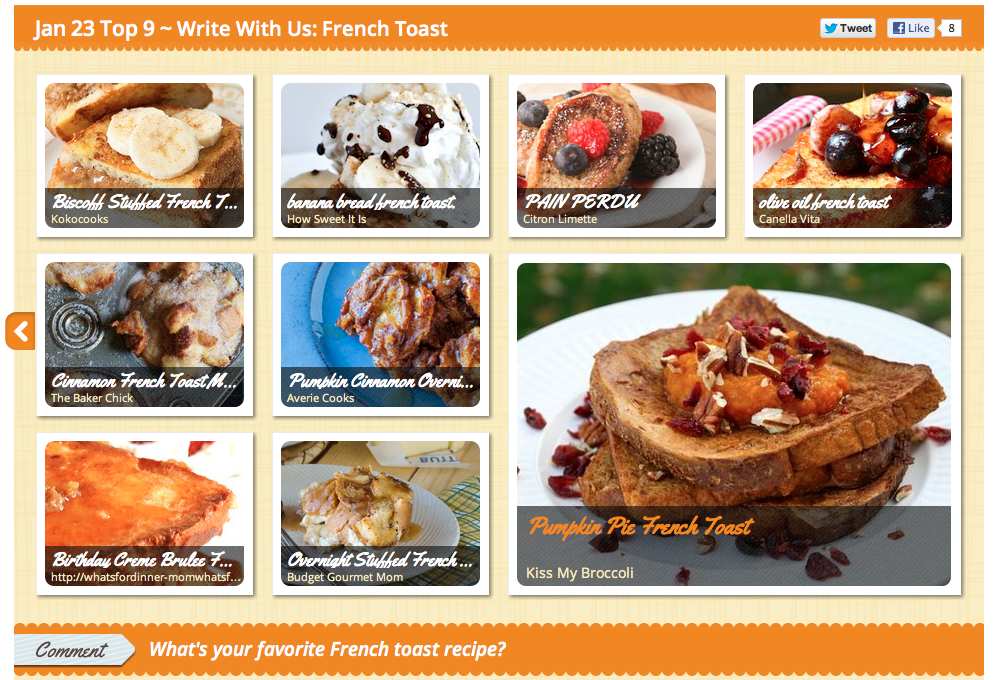 Because that’s my Pumpkin Pie French Toast right there in the mix!

This is my first time EVER being featured on the Top 9 and I feel EXTREMELY honored to have one of my recipes included with so many other talented bloggers!

And SPEAKING of pumpkin… 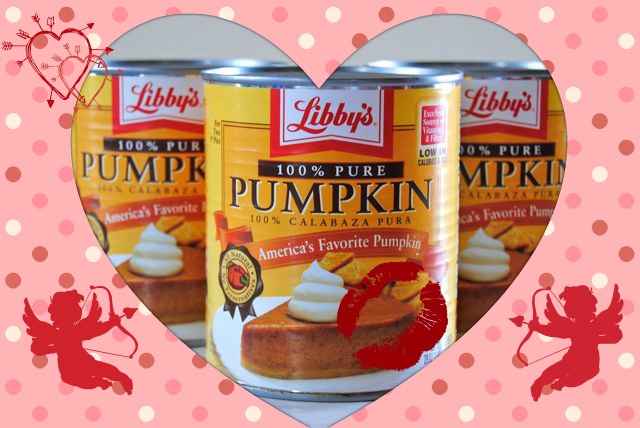 I may or may not have rekindled my love affair with the good ol’ orange stuff…and also become insanely enamored with the new Valentine’s Day effects on PicMonkey! 😉 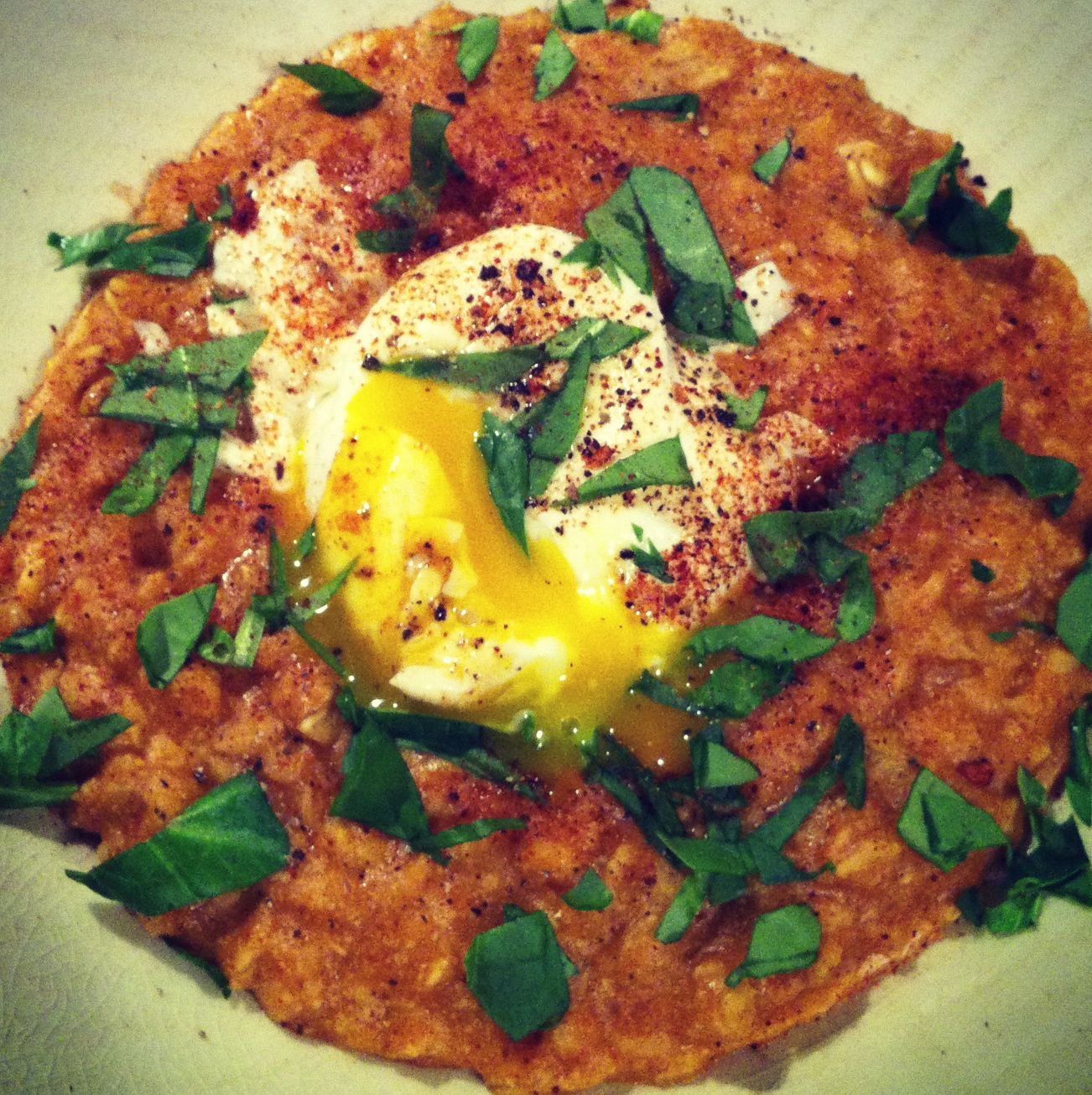 #strangebutGOOD recipe coming at ya tomorrow!

And SPEAKING of good…

On Tuesday, I finally picked myself up out of the puddle of self-pity I’d formed since my knee went out on me, wrapped it up and headed to the gym! 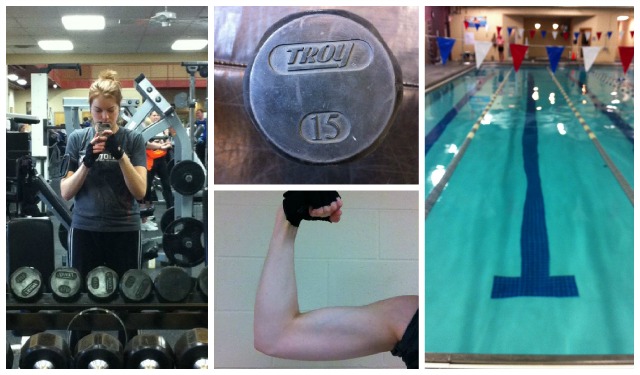 Lifting weights, swimming laps, and soaking in the hot tub does a body GOOD!

It feels SO good to get some sanity back…even if I was taken by surprise by DOMS two days later (don’t be fooled, I secretly love it!)

And SPEAKING of surprises… 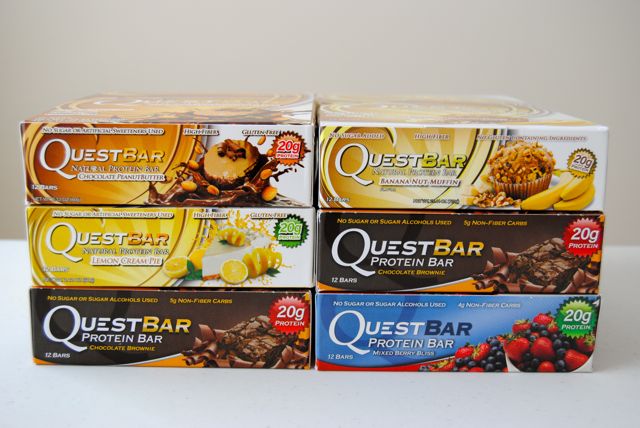 It was DEFINITELY a surprise when this bundle showed up on my doorstep last week!

Ok, that’s a lie…I knew they were coming since I obviously ordered them online but it WAS a surprise that all THREE? boxes arrived on the same day! 😉

I think it’s safe to say that after allowing me to review these bars a couple of months ago, Quest has officially created a monster, especially since when I ordered these boxes, I had yet to finish off the ones I purchased a month before… 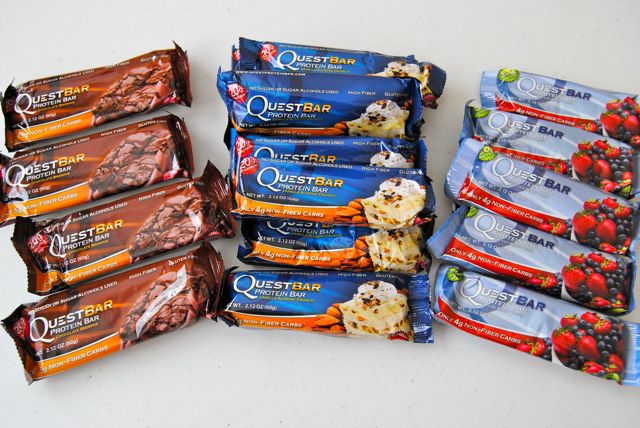 What can I say?

Oh, how about that the banana walnut flavor is absolutely AMAZING and seriously almost tastes like an actual muffin!

And SPEAKING of stuffing bites of deliciousness in my mouth…

Somewhere amidst the mouthgasms that resulted from warmed banana nut muffin bars and more Coconut Banana Bread than I knew what to do with (I eventually froze the rest), I managed to catch a bit of a bug, but not of the tossing toast variety…no, I was stricken with the BAKING BUG! <- I know, I never saw it coming either! 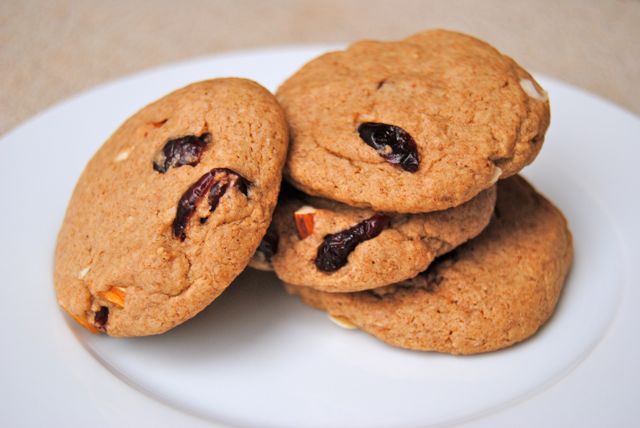 I whipped up a batch of these almond cookies last week after seeing how much Chelsea raved about them over the holidays. I decided to throw in some dried cranberries at the last-minute and boy am I glad I did! They turned out fantastic…soft and chewy and perfectly sweet!

On Sunday, I wanted to do something special for my co-worker’s birthday and since she absolutely adores anything coconut, I just had to make these healthy coconut cupcakes: 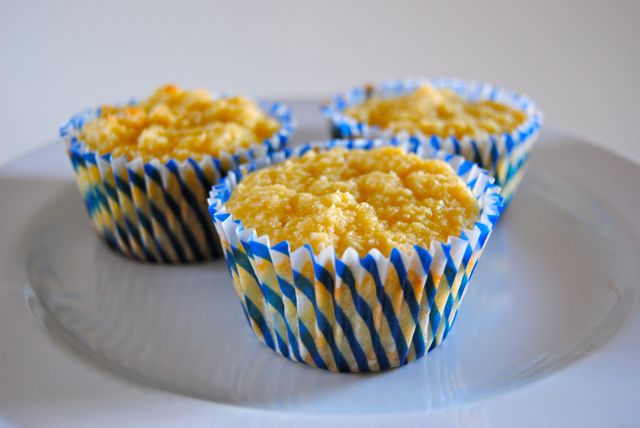 I finally got to use my almond flour for the first time and (sadly) used up the last of my xylitol…time to buy more! 😉 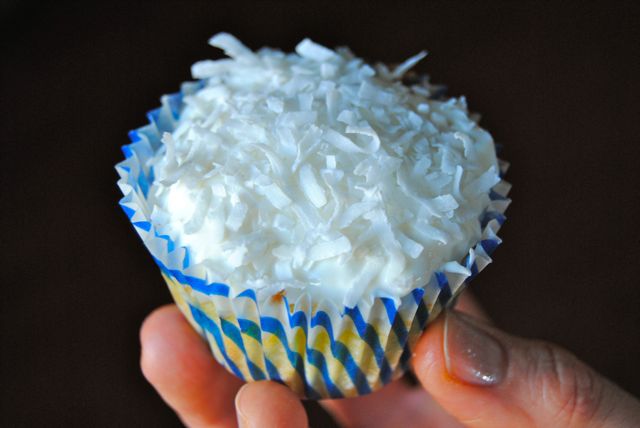 I topped them with some vanilla Chobani and a bit of unsweetened shredded coconut and they were absolutely DELICIOUS…as in almost dangerously so! I had to put the leftovers in the freezer just so that I’d quit grabbing them!

And SPEAKING of dangerously delicious snacks… 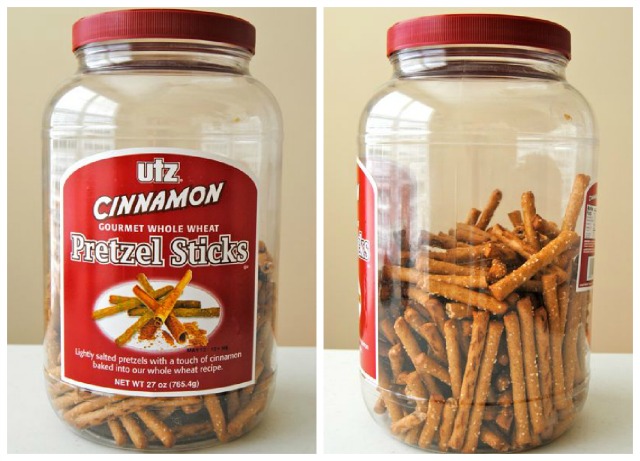 Back in the spring of last year, after polishing off one of the two tubs (in ONE WEEK!) that my friend Missy was kind enough to send me, the second tub was placed in the snack-ness protection program…aka, the darkest depths of the pantry…out of sight out of mind!

Well, that is until they were recovered and CRACKed open during movie night with the man-friend last week.

200 pretzels, half a jar of sweet potato butter, and two tummy-aches later… 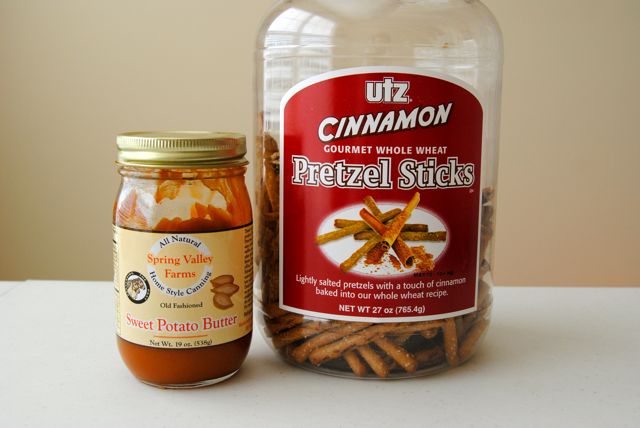 I SWEAR these things are pure EVIL!

The little crunchy sticks of pretzel crack have since returned to the darkness from whence they came…and as for the more perishable sweet potato butter? It met an untimely death the next morning…death by “accidental” garbage disposal-ing.

Yeah, I think I’ve hit an all time low in revenge seeking. 😉

And SPEAKING of lows (ok, actually highs, but work with me here)… 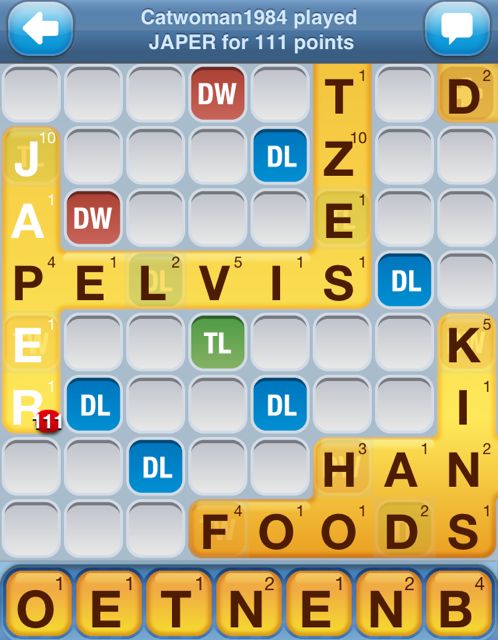 I couldn’t help but feel like a friggin’ rockstar the other day when I busted out a 100+ point word on Words With Friends!

Now if I only knew what “japer” meant… 😉

Hmm, guess you really DO learn something new every day! 😉

What is the last thing you baked?
If it totally rocked, feel free to drop a link!

41 Responses to And Speaking Of…