What I Ate From the Big Bad Buffet

Such an innocent-sounding word. Yet for years this is how I saw it… 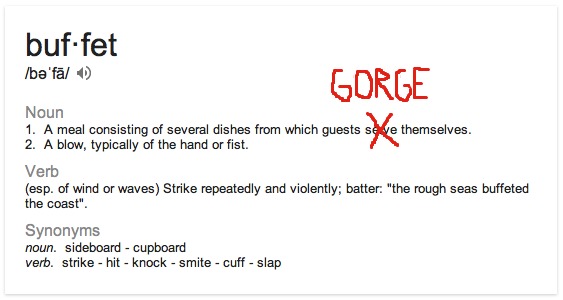 Restaurants, family get-togethers, holiday parties…I could never manage restraint. I would literally stuff myself until I was sick. On days where I knew we were having a potluck at work, I would actually bring in a bottle of antacids because I KNEW I would need them.

It wasn’t a matter of “getting my monies worth”…oh no, more like sensory overload meets the most indecisive person in the world!!! 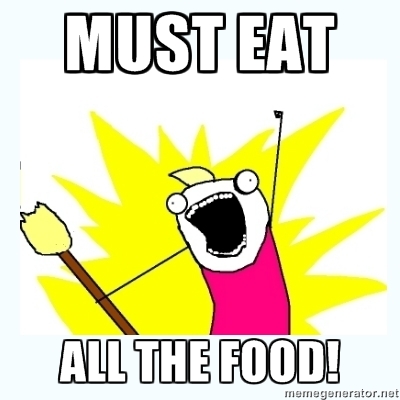 But not anymore. After nearly two months into my intuitive eating journey, this past weekend, I decided it was time to test myself…at a buffet!*

*Sounds like a bold and confident statement, but let me assure you, my knees were knockin’ walking into this place.

The man-friend and I were out, shopping till we were dropping when out of nowhere when…

And I’m not talking any kind of hunger, I’m talking the we’re-going-to-start-gnawing-on-each-other’s-arms-and-no-that’s-not-a-sexual-innuendo kind of way. 😉

But where to go? I couldn’t stand the thought of sitting and waiting 30 minutes for food to be brought to a table and I really wasn’t feeling any of the fast food joints, but there just HAPPENED to be a Chinese buffet in the TJ Maxx shopping center (no comment) and it just HAPPENED to be one of my favorite buffet restaurants BEFORE I started banning myself from such establishments.

It was the smart thing to do. It was in the same shopping center. It was quick. It was decently priced.

Then I said no.

I might be TOO hungry. What if, in my ravenous state, I lost control? What if I didn’t notice the small child in my big ass bowl of wonton soup and ate them TOO?!

Then I said fuck it.

As I approached the  WALL of food, all of a sudden, my foodie fears seemed so ridiculous. Instead of the overwhelming sight of a hundred different food combinations that I just HAD to try, I zeroed in on certain things…some new-to-me items and some of my favorites….and within minutes, I started making my choices. 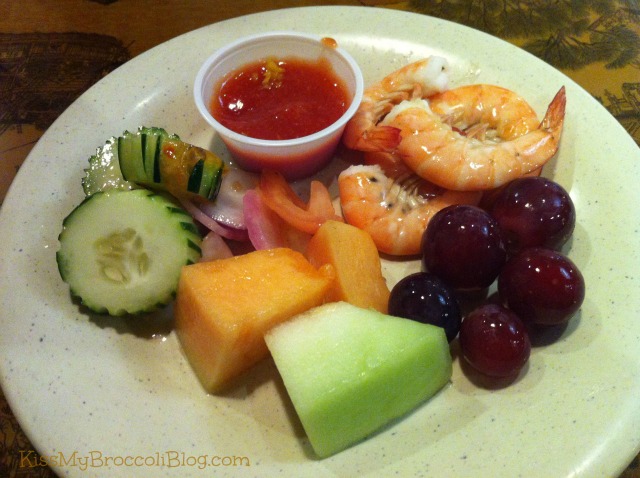 The grapes were a little waxy-tasting, but I enjoyed my shrimp and the cucumber salad and then decided to save the melon, if I wanted it, for later. 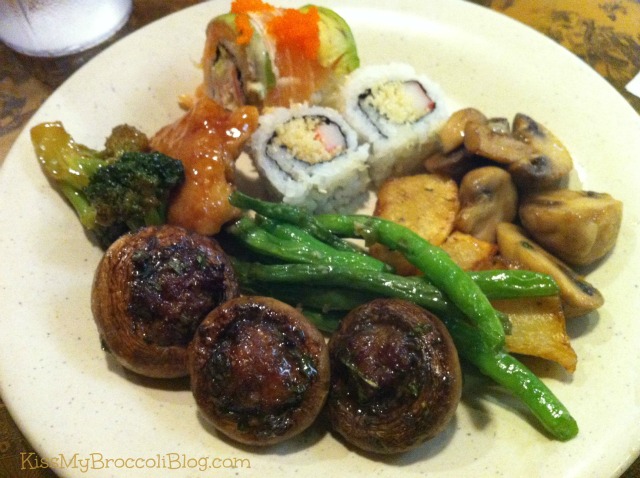 Besides the chicken and broccoli that tasted so bad I spit it out in my napkin, this plate was pure HEAVEN! The pork stuffed mushrooms have always been a favorite of mine and let me just say, if you top them with a roasted potato, it’s like… ohmyyyyfrickinlaaaaaaawd!

I may have even parted with one mushroom just to prove that fact to the man-friend! 😉

And even though there was a bar FULL of dessert bars, cookies, and ice cream, my leftover melon was JUST what I wanted to end my meal on a “sweet” note.

Because I may be one of the only weirdos out there who doesn’t care for fortune cookies. 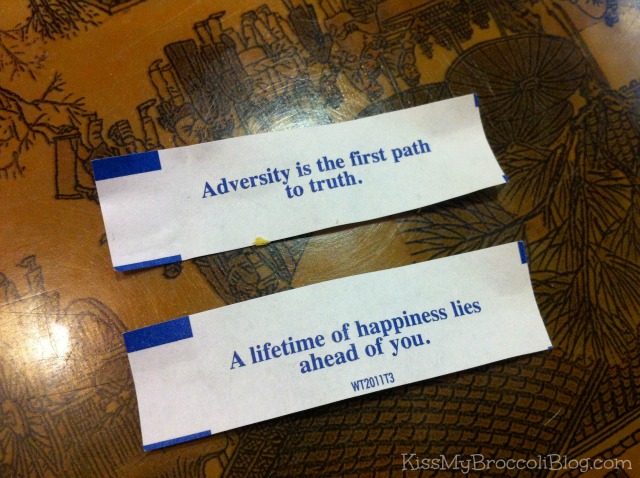 Do fortunes come true if you don’t actually eat the cookie?

Guess it doesn’t really matter since I got gypped with the one on top…wtf kind of fortune is that anyway?!

Even though there were a few items I would have liked to try, I left the restaurant that night feeling happy with the choices that I made. In the past, I think most of the overeating was due to my “self-fulfilling prophesy” way of thinking. I knew I would overate, I knew I would leave feeling miserable (both physically and mentally), and I knew I would not allow myself to go back after that. Funny how deprivation, even if it only in my mind, could have so much influence.

But that is NOT my way of thinking anymore. I left that buffet feeling proud, feeling empowered, feeling… 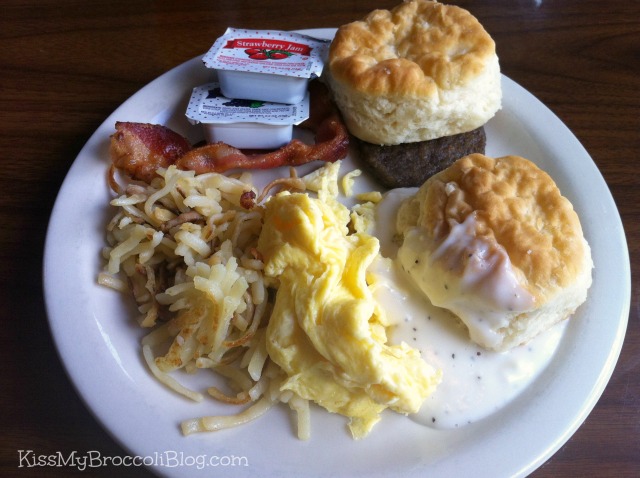 Like I could do it AGAIN the very next morning!

Let it be known that there are few things in this world better than fresh buttery biscuits!

What are your thoughts on buffets? Do you feel like you “can’t be trusted”? If so, why do you think that is?

Be sure to hop on over to Peas & Crayons to check out all the delicious-looking linkups for our favorite weekly food party! 🙂

This entry was posted in What I Ate Wednesday and tagged buffet, intuitive eating. Bookmark the permalink.

61 Responses to What I Ate From the Big Bad Buffet