Be Careful What You Wish For!

Posted on December 11, 2013 by kissmybroccoli

First off, I want to thank you guys SO much for all the birthday wishes
on Monday’s post!

I also want to take a minute to rally all those willing to join my backward aging movement…though I’m thinking once we hit eighteen, we can make our way back up, so I guess it’ll be more like yo-yo aging! 😉

I had a great birthday weekend and I couldn’t WAIT to share it with you guys, but what could wait was how it got started…

Remember how I mentioned in my last Currently post that I really needed a week off from work? Well, last Wednesday, I got just that, only things didn’t pan out quite like how I’d envisioned… 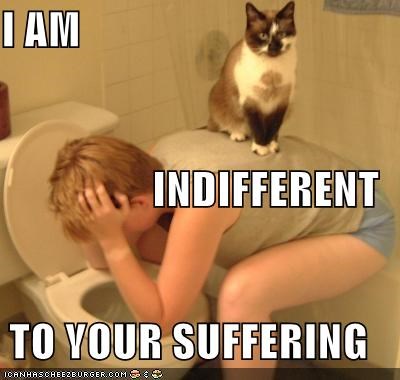 Yep, at the ripe hour of 1pm (equivalent to 3am for you day-walkers), I awoke with the feeling that all my insides wanted to come OUTSIDE!

I’m not sure if it was something I ate at work the night before (I DID venture into the cafeteria for a little something) or if it was the bug that’s been going around here, but after a couple of hours of lying in the bathroom floor praying a priest would come exorcise whatever demon had taken up residence in my stomach, I gave up and called in sick to work. I can seriously count on ONE hand the number of times I’ve called out sick in the six years that I’ve worked at the hospital so yeah, this was a big deal!

I popped anti-nausea tablets like they were candy. I  rolled around in bed since it felt like my arms and legs were literally being crushed by the blankets. I called my mom. I walked around the house and whimpered,

With a can of LaCroix constantly glued to my hand, I somehow managed to make it through the day, and as far as food goes? Well, that was the LAST thing on my mind! Actually, besides some single pieces of purposefully burnt toast, I didn’t eat a full-fledged meal until Thursday afternoon and even then, it took me a good two hours to finish! 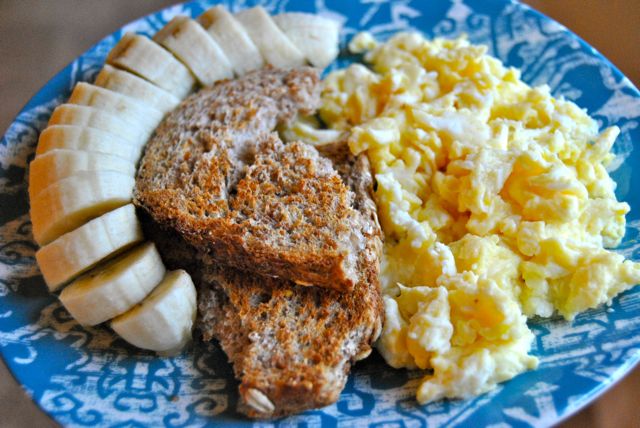 Since I wasn’t miraculously being healed and I sure as hell wasn’t sleeping, I thought I’d catch up on some blog reading, but unfortunately, that lasted a whole five minutes since I realized the sight of food make my stomach tremble and I didn’t even have enough energy to click the mouse! So instead, I pulled up Netflix and clicked on the first thing in the “Top Picks for Heather” and as it turns out, Netflix knows me pretty well! 😀 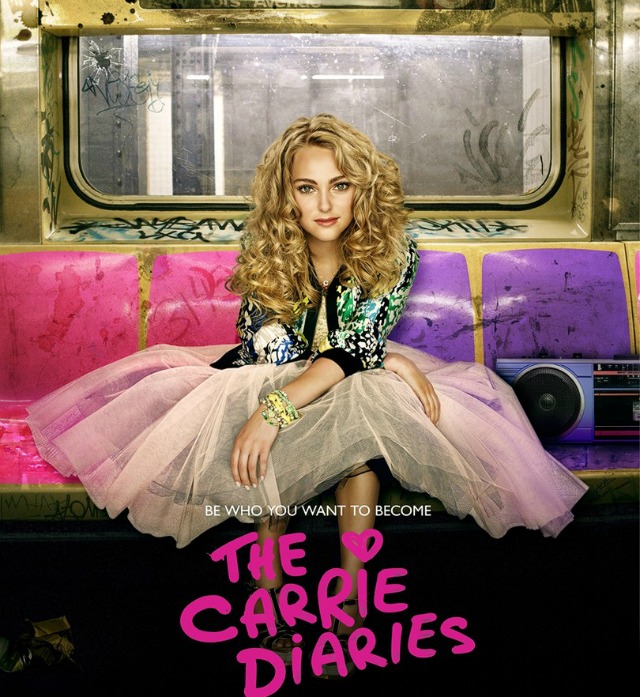 Has anyone else seen this yet? I’ve never been a HUGE Sex & the City fan, but since I’ve already made it through nine of the thirteen episodes in season one, I think it’s safe to say I’m diggin’ this little prequel!

And seriously, how gorgeous is young Carrie Bradshaw?!

Oh and just FYI, before I was out for six weeks after my knee surgery, I “wished” I could have a month off…seriously, will I ever learn?! Lol!

What is your go-to sick food?
Is it just me or do scrambled eggs just scream “GET WELL SOON!”? But can you believe Tiger never ONCE offered to make me chicken noodle soup?!

What have you been watching lately?
I also managed to make it to the movies with the man-friend Friday night (funnily enough after going to Panera for some chicken noodle soup) to see Catching Fire! While I was NOT a fan of the first movie, I thought this one was great…definitely go see it if you haven’t already!

32 Responses to Be Careful What You Wish For!