I hope you all had a marvelous, and perhaps GREEN? weekend!

I may not have gone out dancing and green beer drinking last night (even if I HAD the ability to dance, I’m not really much of a St. Patty’s Day celebrator), but I DID whip up this bowl of goodness… 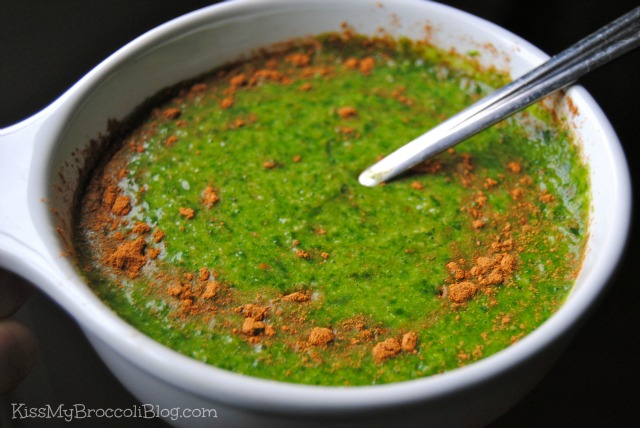 And by “whip up”, I totally mean I heated up a packet of Oat Fit Oats, threw it in the good ol’ Magic Bullet with a handful of spinach and cinnamon, and VOILA! 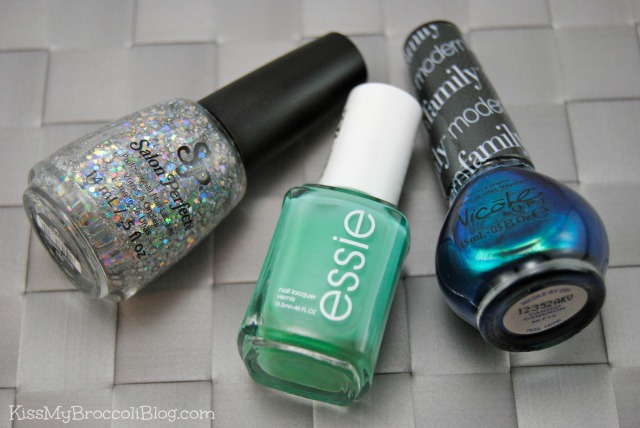 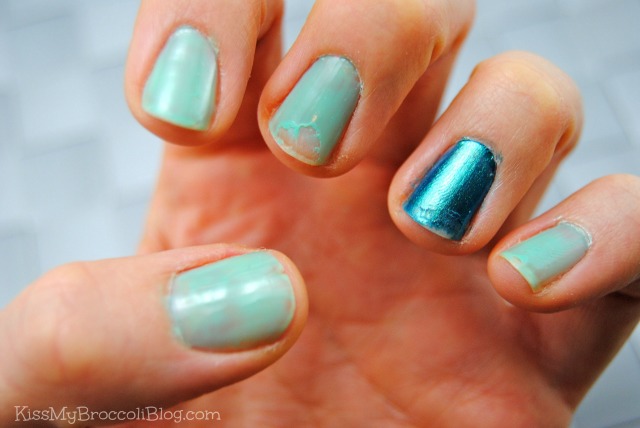 BUT this weekend wasn’t ALL about green-filled festivities surrounding a holiday that I have no idea why American’s even celebrate (?). Nope! There were some other pretty MARVELOUS happenings over the last few days!

Join me, the one and only Healthy Diva, and the rest of the MARVELOUS crew as we celebrate Monday the best way we know how…by living through weekend snapshots! 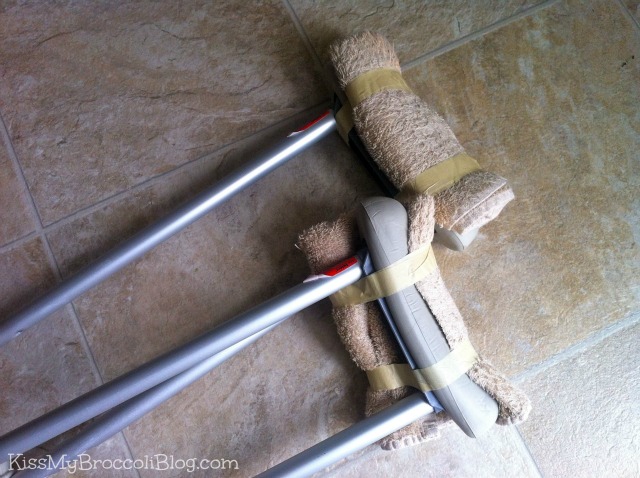 But first, a quick update since I had my follow-up appointment with the surgeon on Thursday. I found out that they did have to remove part of my meniscus, but he also went in and “scraped” some arthritis out of the knee-joint.

My stitches were removed (I will definitely spare you THAT picture!) and I was given orders to start physical therapy on Tuesday…oh yeah, and about going back to work next week? Not happening! The doctor said that until I show progress in PT, he wants me to stay out of work for up to…are you ready for this?

Please pray that I make some HUGE steps (pun intended) in therapy and can go back in at least two weeks!

To lighten up the shock of the news, after leaving the office, my mom took me to the one place she knew would cheer me up…the grocery store!!

And well, then the real MARVELOUSNESS began… 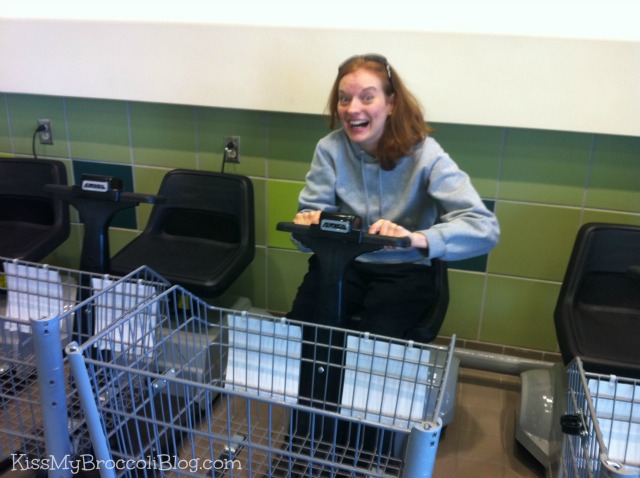 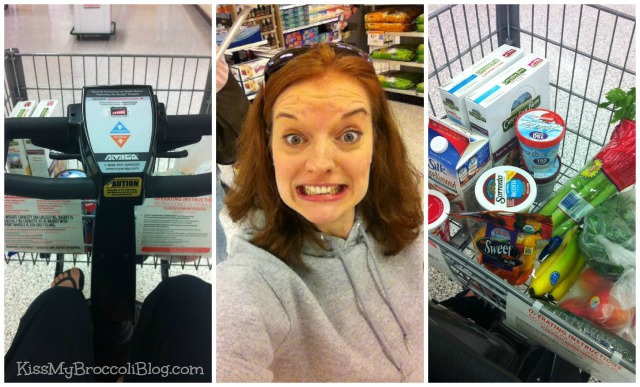 Seriously, I had ENTIRELY too much fun with this…

And may or may not have tried to find a way to fit this baby into the back of my car!

Back at the house, mom and I fixed some salads for lunch and then while she helped me with a bit of food prep, I was able to teach her a few things…like how to slice into and remove the seeds from a pomegranate and how to bake a spaghetti squash! 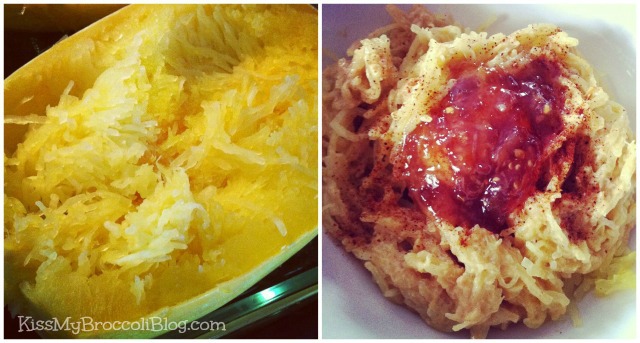 I tried to teach her a few of my #strangebutgood ways while testing out some of the spaghetti squash after baking, but I just couldn’t win her over with my peanut flour, BBQ seasoning, and FROG jam combo…

As for the rest of the squash, I had big plans for dinner that night…big plans involving this recipe and this tomato sauce! And of course what would plans be without a little auto correct #fail to the man-friend… 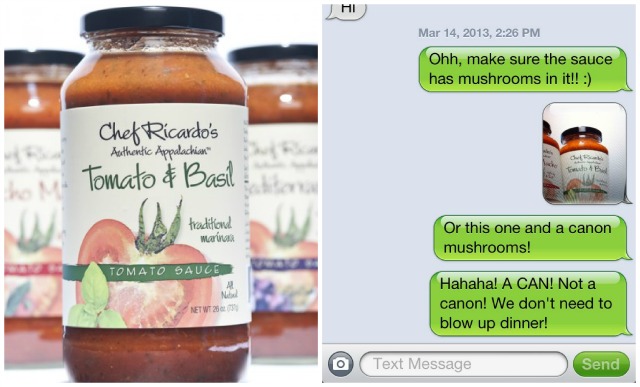 Thanks to the man-friend’s help in the kitchen (he and my mom switched places as Heather’s babysitter for the night), dinner turned out… 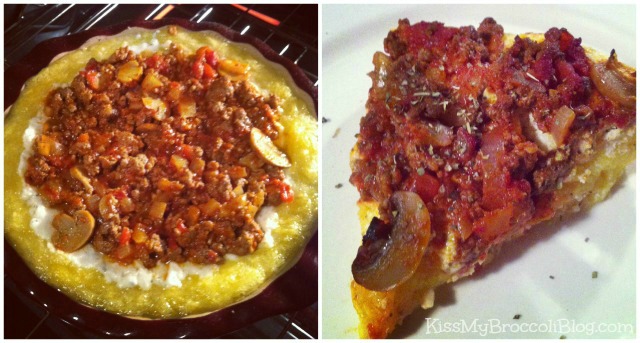 Seriously, if you haven’t made Laura’s Spaghetti Squash Pie, I totally recommend it!

The next day, the man-friend rescued me from yet another day of couch banishment with  a MARVELOUS trip OUTSIDE where I got to SEE the SUN! 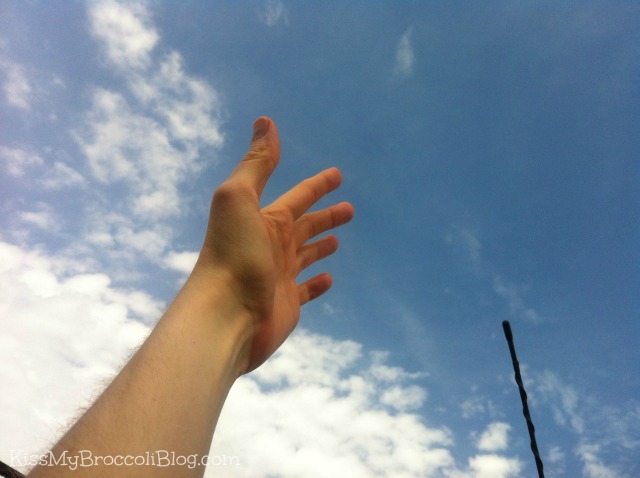 So where did we go?

Well, I may or may not have told him about how much fun I’d had with mom at Publix the  day before and… 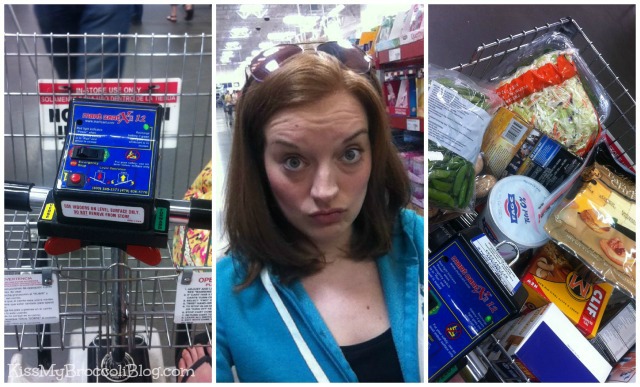 SAMs club WAS just a few minutes down the road! 😉

Along with testing out the turn radius of my newly acquired wheels, getting my fill of free food samples, and otherwise having the time of my life (hey, it’s the little things), I happened across a bit of childhood nostalgia… 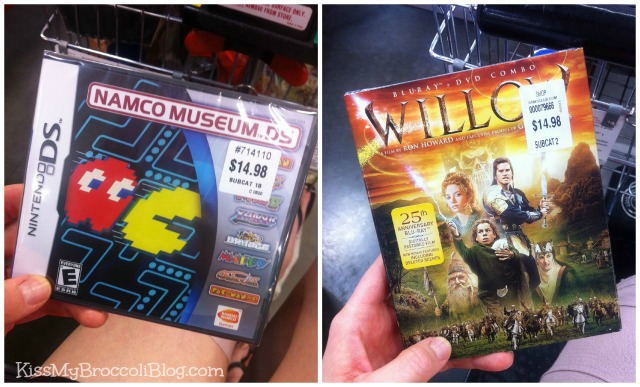 I ended up putting the game back (sorry, Pac!), but WILLOW?! There was no WAY I was passing that up!

Unfortunately, after two outings in one weekend, my body decided it had had enough… 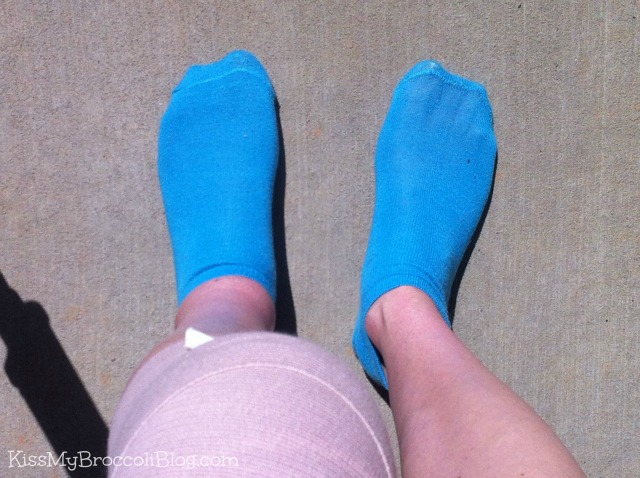 So the man-friend went home to take care of some stuff, and I spent the rest of the weekend BACK on the couch, but this time hanging with my other “man”… 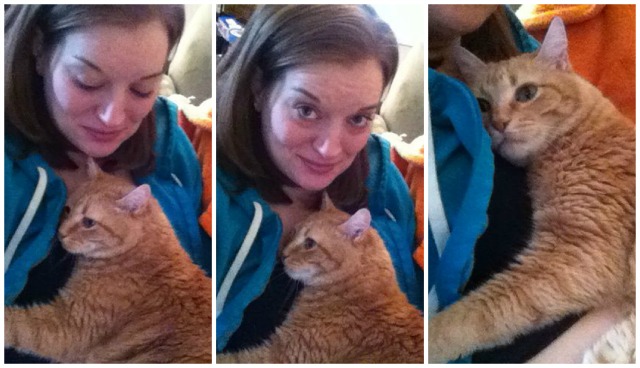 Such a little love slut! 😉

Seriously, he was stuck to me like GLUE! Lol

What made your weekend MARVELOUS?

Who wants to pitch in on the “Get Heather a Hover Round Fund”?
It’s for a good cause! 😉

This entry was posted in MIMM, Shopping and tagged movies, oats, spinach, Tiger. Bookmark the permalink.