Posted on December 27, 2013 by kissmybroccoli

Did everyone have a MERRY Christmas?!

Ok, so I know I said I probably wasn’t going to post until next week, but I just can’t help it…I’m so excited to tell you guys all about my Christmas! Plus, I kinda forgot that even though I had off for the rest of the week, didn’t mean everyone else did (read: I’m sitting at the man-friend’s house now waiting for him to get off work). 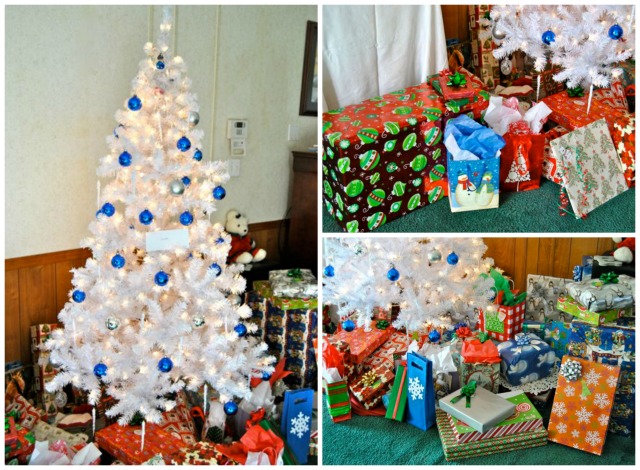 This was the sight that greeted the man-friend and I when we first walked into my parent’s house on Christmas morning afternoon (ok, so maybe it was after I put out the gifts from ME too, but that just didn’t have the same flow). 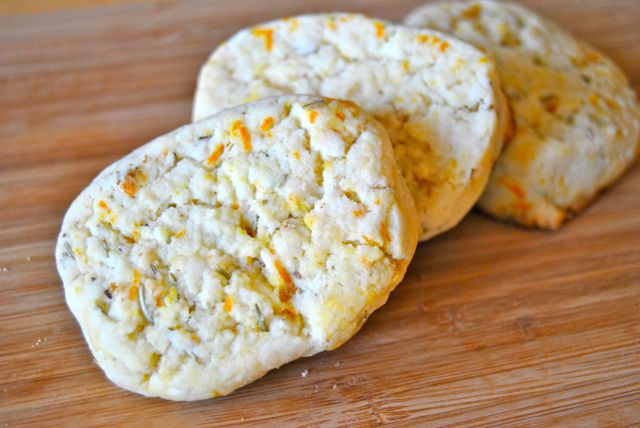 My dad had to go to work at 2pm so we got started with our Christmas brunch right away. It looked pretty much the same as my birthday brunch (And no Meg, we didn’t forget the mimosas!) but instead of biscuits, my mom made these Orange Rosemary Shortbreads that were almost like scones and absolutely PERFECT with a spoonful of my grandfather’s homemade pear preserves on top! 🙂 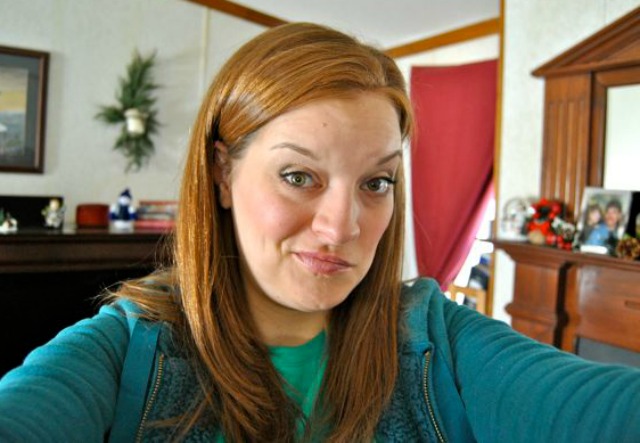 Then it was time to open the GIFTS!! 😉 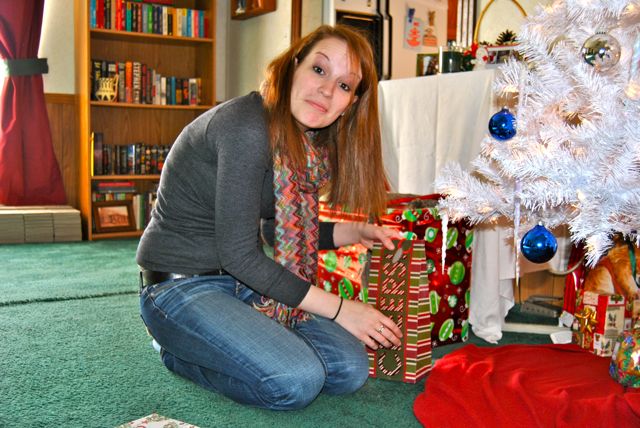 Tori is always the dedicated gift hander-outer, but before she set to work, we all emptied out our Christmas stockings… 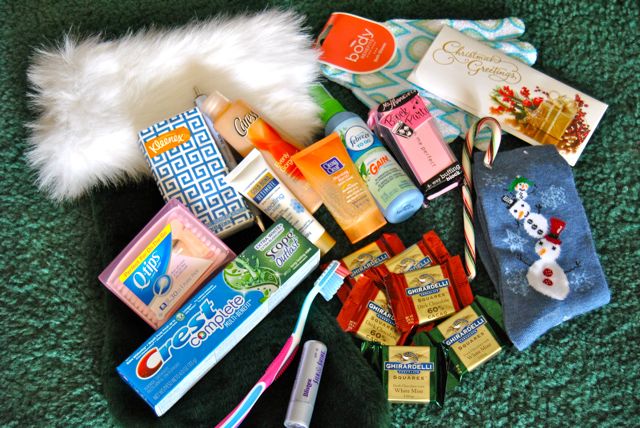 Are those socks not the absolute CUTEST?! 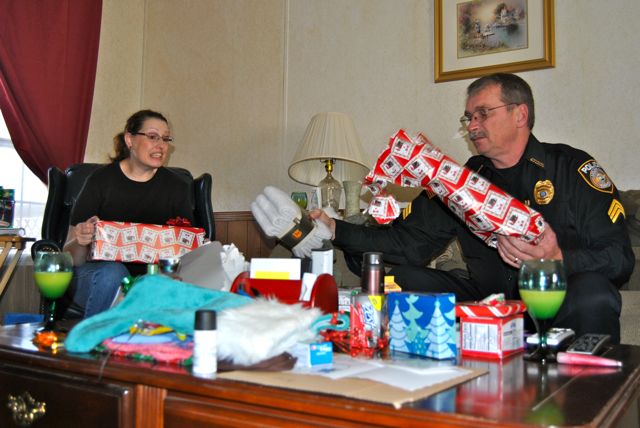 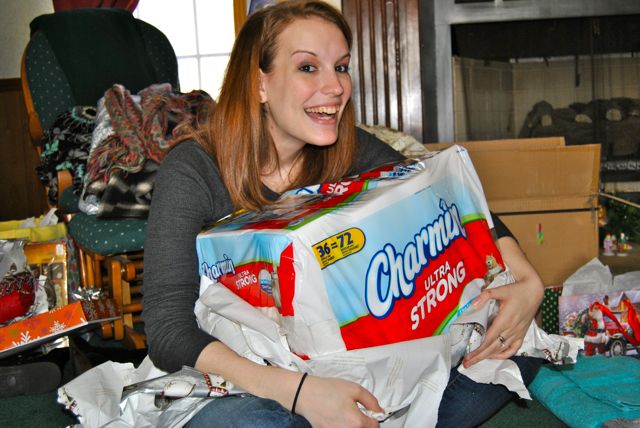 Believe it or not, she asked for that…hashtag college kid! 😉 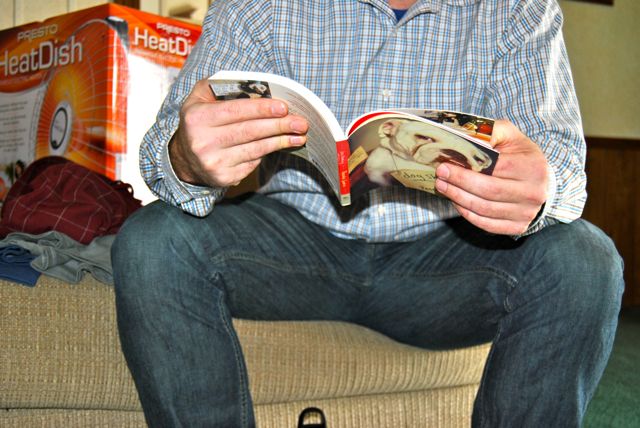 The man-friend flipping through the dog shaming book I couldn’t resist getting him! 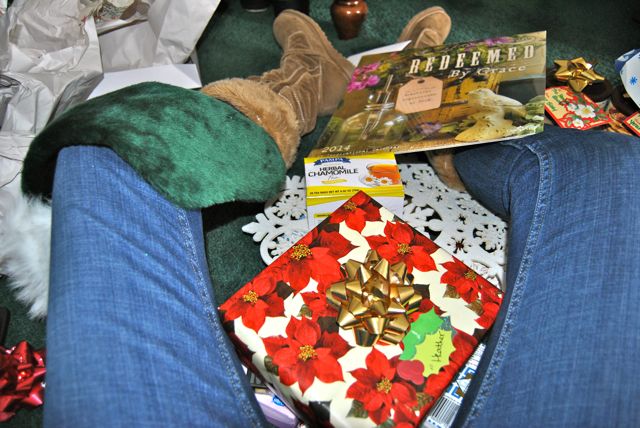 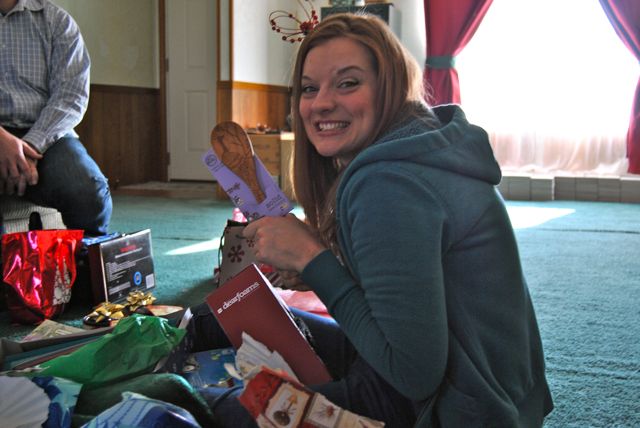 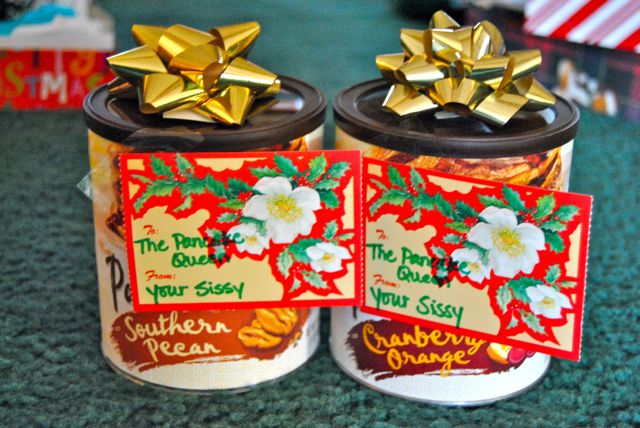 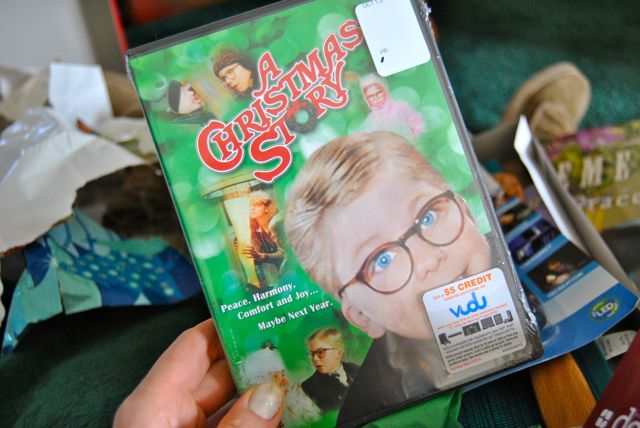 Seriously, I can’t believe I’ve never owned a copy of The Christmas Story before now! And the other gift that stopped me DEAD in my tracks… 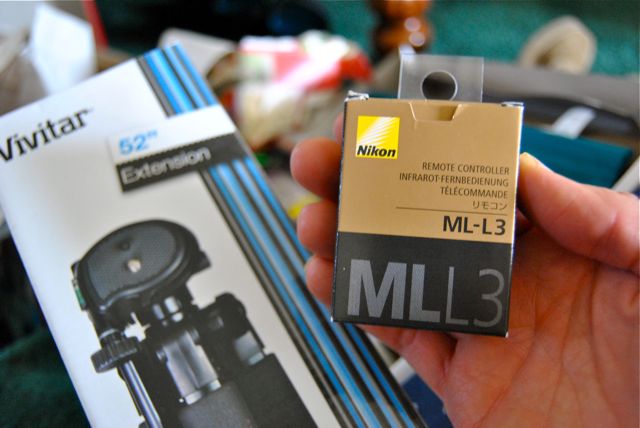 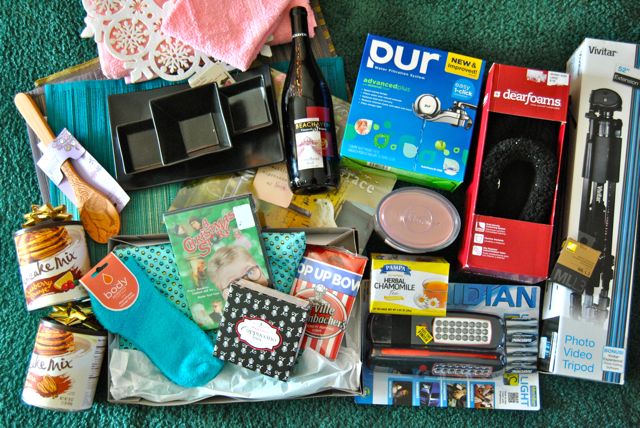 And yeah, notice the bottle of wine? 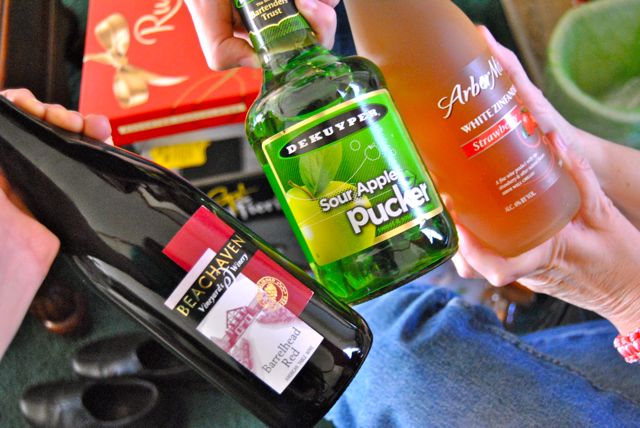 I SWEAR we’re not a bunch of alcoholics…wait, that sounds oddly familiar! 😉 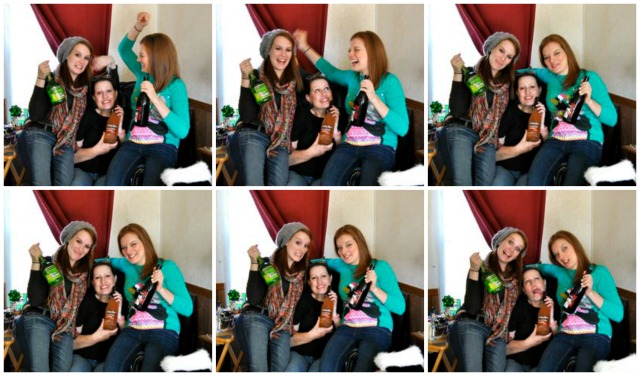 This is what happens EVERY time I give my camera to the man-friend and ask him to take ONE picture! Lol 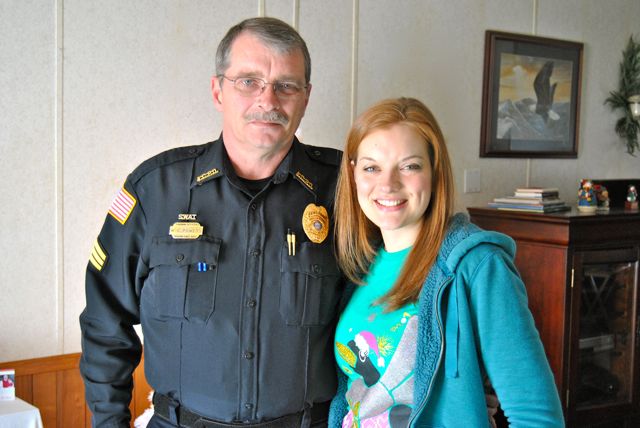 I realized I hardly have ANY pictures of my dad and I on the blog, so I made SURE to get one…and of course, this was one of like FIVE from the man-friend! After that, I revoked his picture-taking card! Oh and just in case you’re wondering, my dad’s not a cop…he’s a stripper! 😉 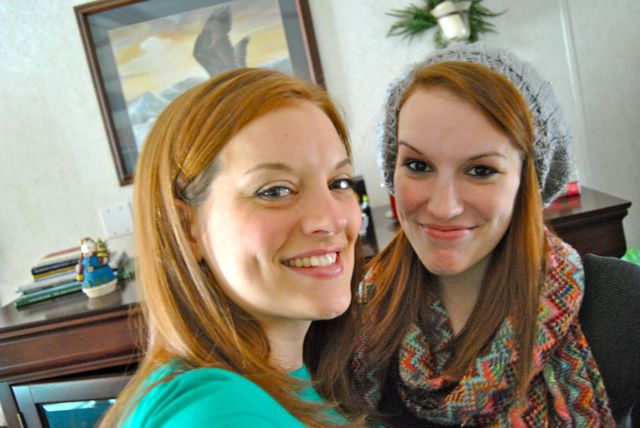 Besides, I take a pretty mean selfie anyway! And to think, I used to hate my long and gangly arms when I was younger! 😉 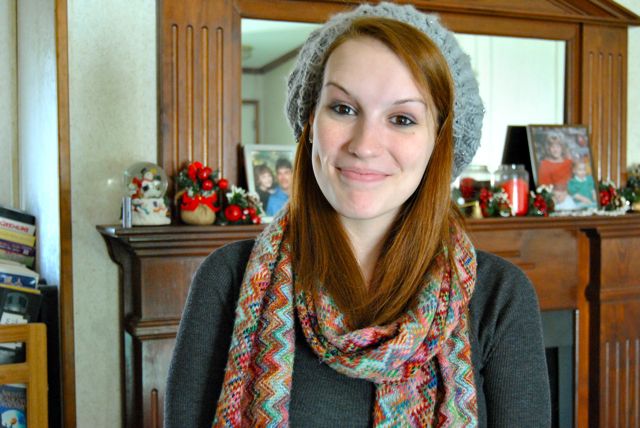 Don’t you just LOVE the hat I picked out for Tori? True story: I envisioned that EXACT hat but had no idea where to find it. After searching several stores and coming out empty-handed, I almost literally walked into the rack where this ONE AND ONLY hat was hanging! Hmm, perhaps a little Christmas magic?

But the BEST pic of the entire day was the one I took of my mom in her new sock monkey hat that my uncle gave her…brace yourself for a cuteness overload! 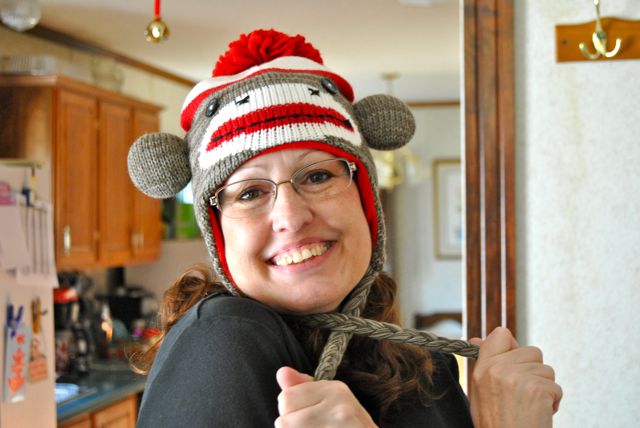 After the gifts were exchanged, hugs went around and we sent dad off to work, Tori off to her boyfriend’s house, and the man-friend back to Nashville and then monkey mom and I were all alone…armed with orange rosemary scones and the Food Network!

I ended up spending the night and the next morning, while sipping our morning coffee, I talked mom into venturing out for some after Christmas sales for her first time… 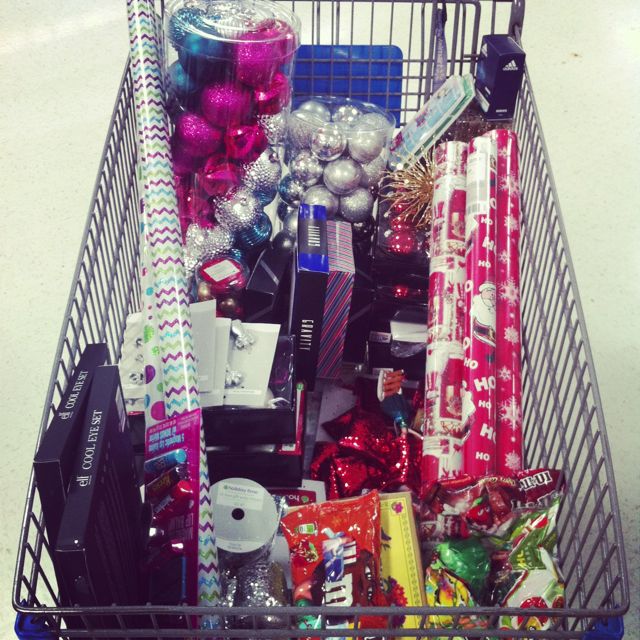 And I was a HORRIBLE influence! 😉

I also let her in on a few of my secrets: hit up the gift box section/aisle for gifts for next year, stock up on super cheap holiday candies, and raid the wrapping paper for colors that can be used YEAR-ROUND! We got all that stuff for a combined total of $130! 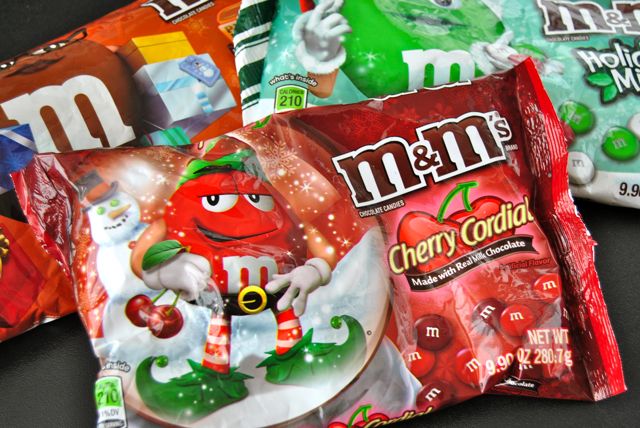 Peanut butter (my fave), mint (my second fave), and CHERRY CORDIAL! Has anyone tried these yet? 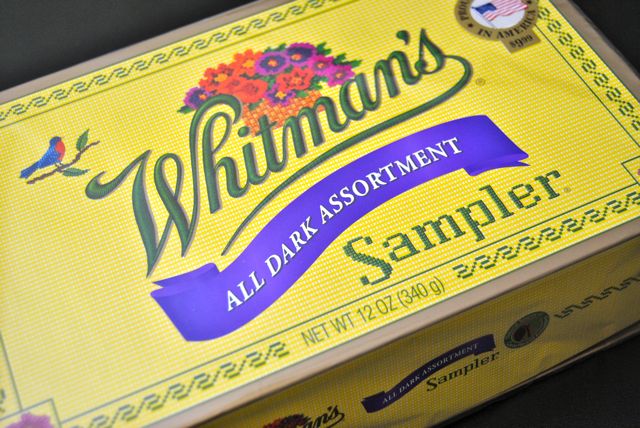 Oh and check this out…an ALL DARK Whitman’s Sampler that the cashier didn’t “think” the price rang up right and actually gave it to me for forrrrrrrrrrrrrrr $2.47!!! 😯 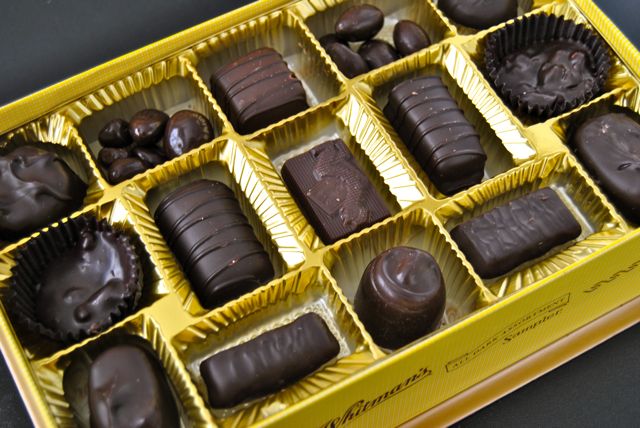 Merry Christmas TO ME! 😀

And since I got lazy this year, I decided to pick up a little incentive for next year’s decorating…

What’s the BEST gift you received this year?

Anyone else score some awesome After-Christmas Day Sale goodies?

This entry was posted in Holiday and tagged breakfast, Christmas, family, Photography, shopping. Bookmark the permalink.

47 Responses to The Great Christmas Recap!