Posted on October 1, 2011 by kissmybroccoli

Can you believe tomorrow is October 1st? Already?

Time sure does fly…when the weather is nice.

So picking up from where I left off two weeks ago, the day after my toes hit the Pacific Ocean, I went on a little adventure!

Now I know I alluded to my travels to San Fran in my What I Ate Wednesday post, but there are still a ton of photos that I want to share with you guys, so here goes:

Ok, all you have to do is get a ride to the bus station, ride a bus to the train station, take the train to San Francisco, and then hop another bus to get to the coast. 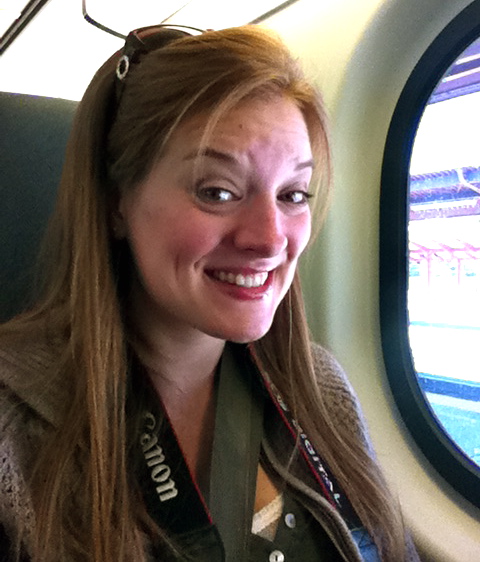 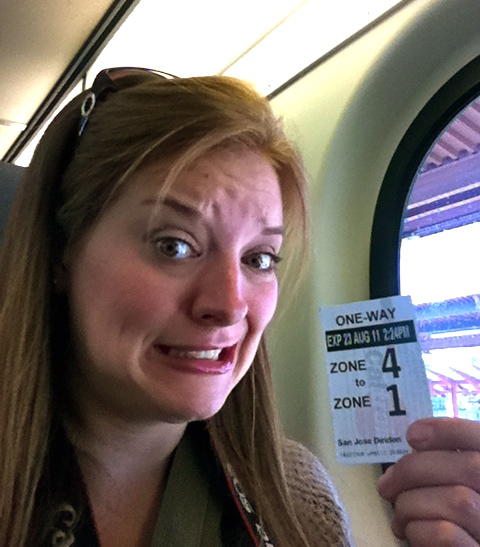 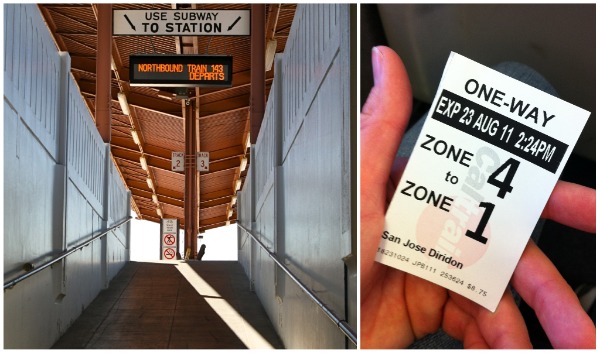 So I got that ride, hopped on that bus, and bought my very first train ticket… 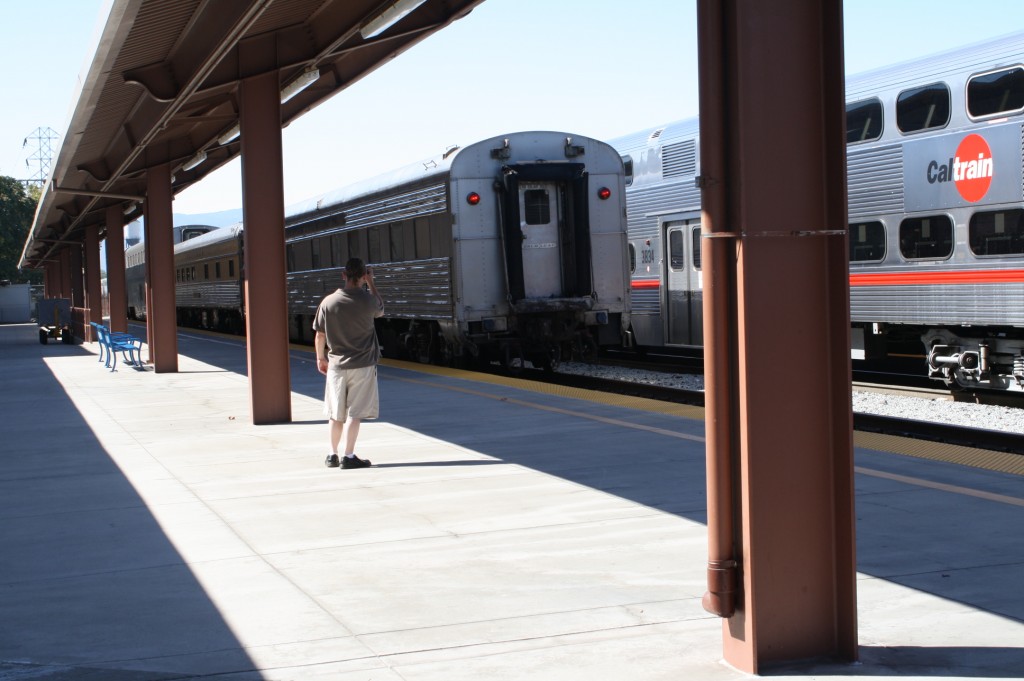 And then I missed my train… 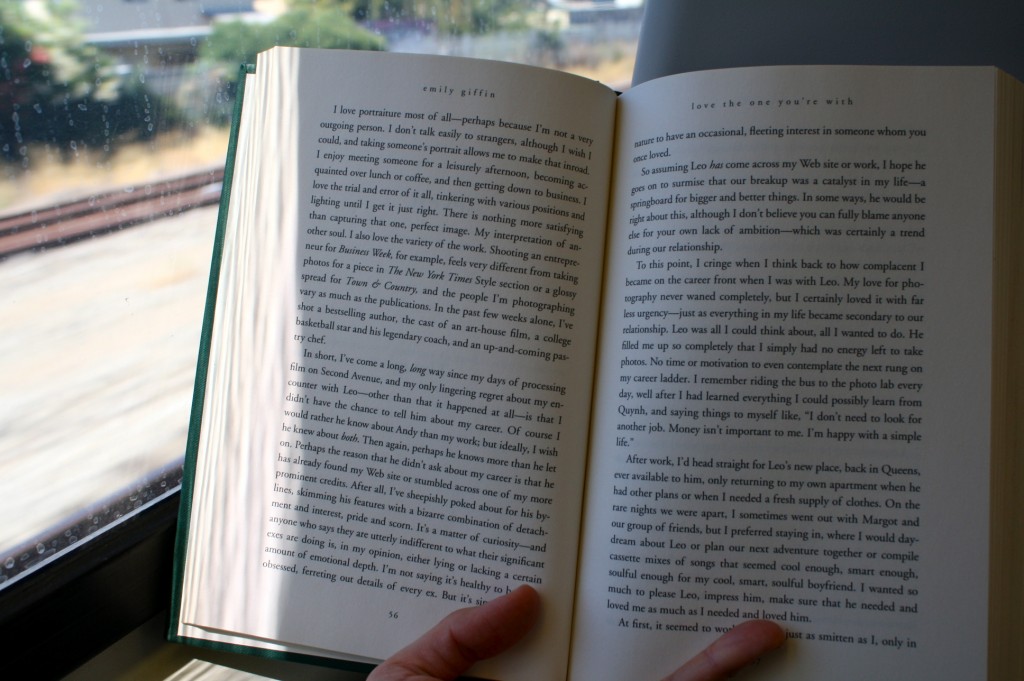 When my train finally departed San Jose, I pulled out my book (“Love the One Your With” by Emily Giffin…the same author who wrote Something Borrowed which is now a movie that I’m dying to see) and settled in for my hour long ride. 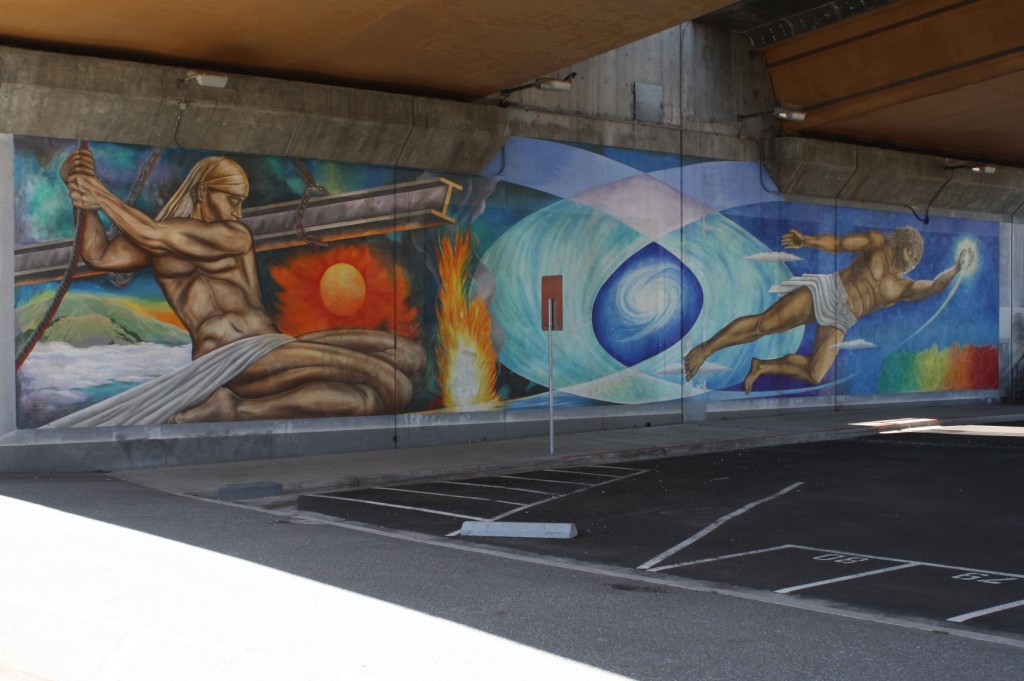 Then I got off at the San Francisco stop and took a pic of this awesome mural.

Yep, I got off at the wrong stop…

I wish I was kidding!

And 40 minutes later, I was BACK on the train! And 30 minutes or so after that, I was in San Fran…for real this time! 😉 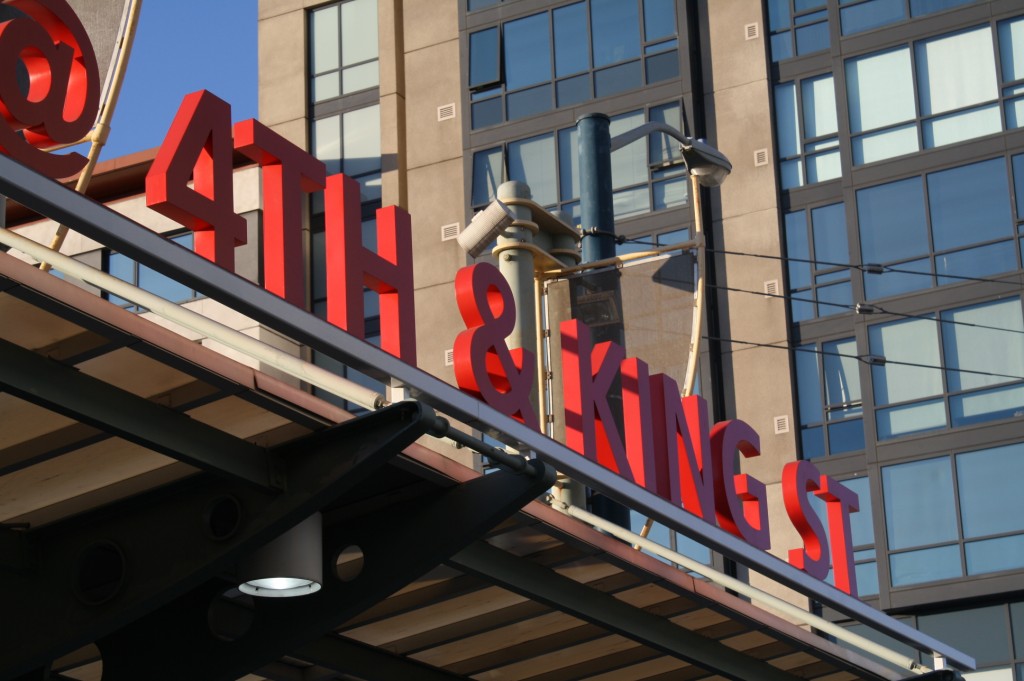 Fast forward a bit through a bumpy ride on a bus where I found out how it feels to be a sardine, and I found myself looking at this: 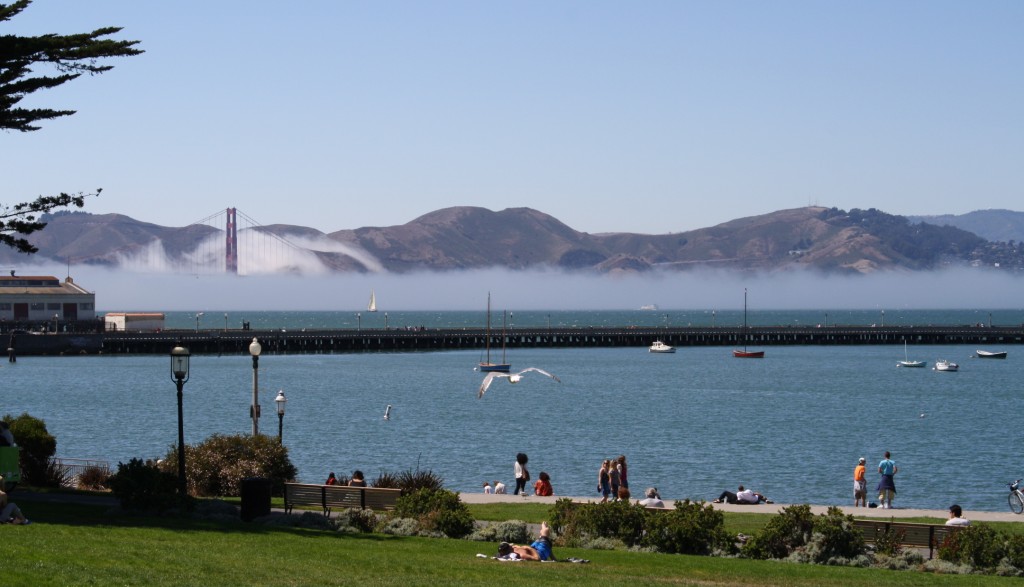 Insert a long breath of relief and awe! 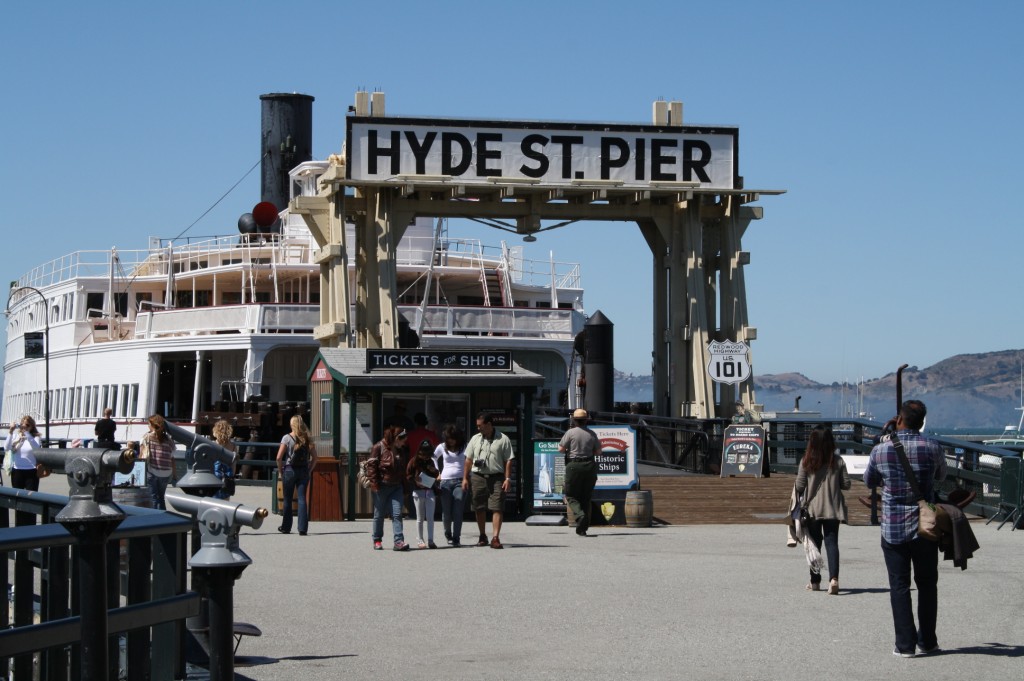 I walked through the Fisherman’s wharf just soaking up the sun and enjoying the view!

And of course snapping a few pics: 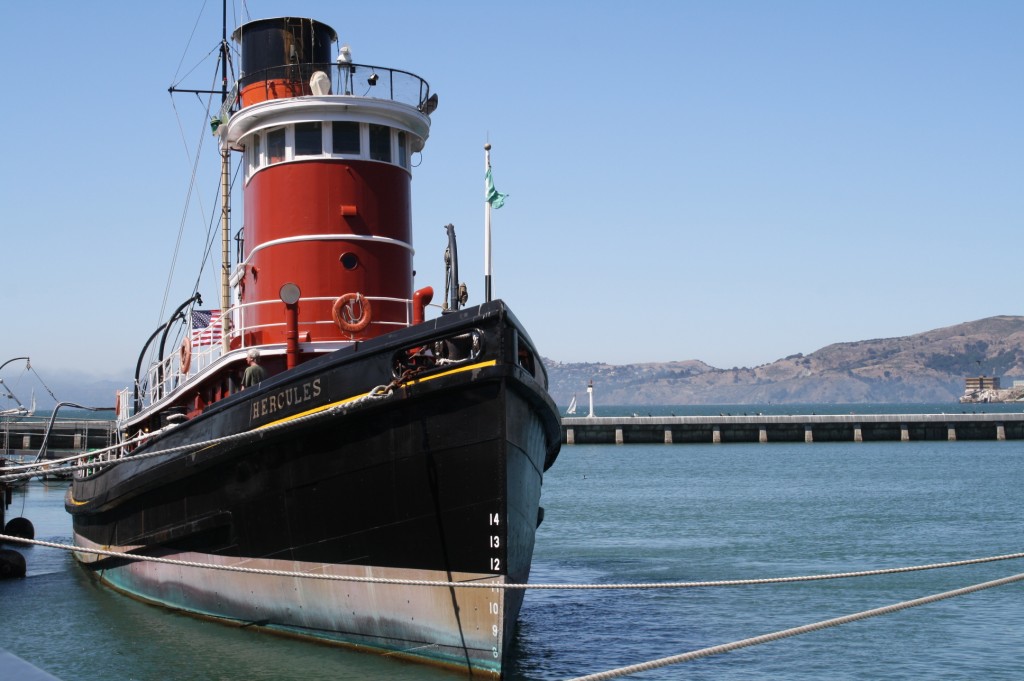 A tug boat named Hercules…LOVE it!

And what’s that off to the far right?

In my best Sean Connery voice: “Ladies and gentleman, The Rock!” 😉

After moseying around for a little longer, I decided to jump on one of the open air sightseeing buses…

Actually, I would’ve paid that much just for the entertainment from the bus driver…

On with the tour! 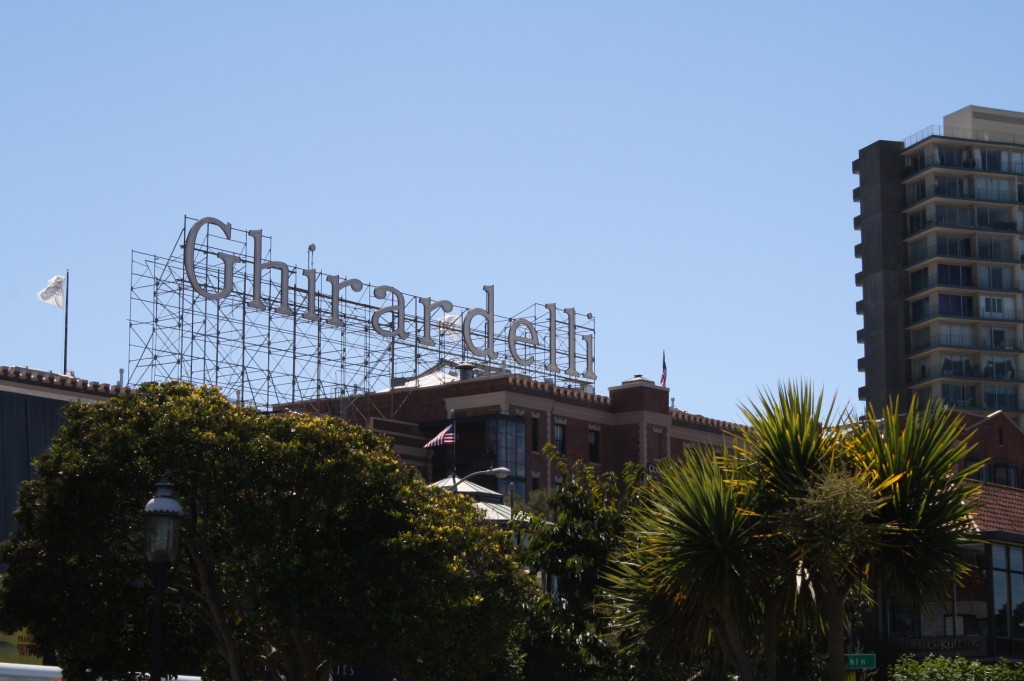 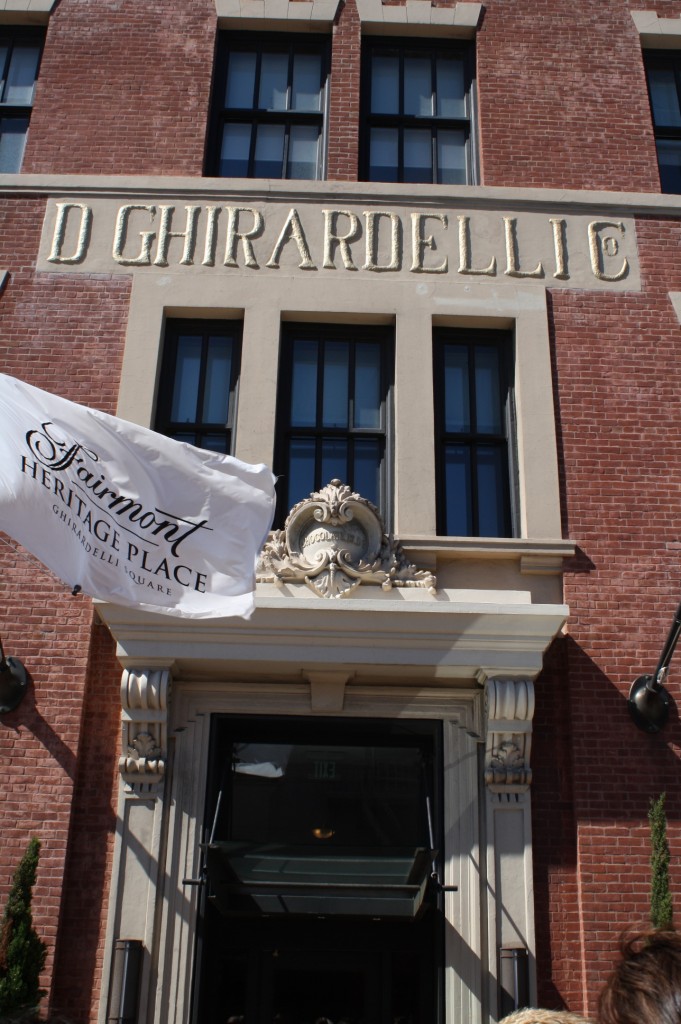 So wish I would’ve had the chance to visit the Ghirardelli factory! According to the tour guide, they give free samples at all of the four entrances…and they’re not very smart if you know what I mean…

And then…we finally got to the Golden Gate! 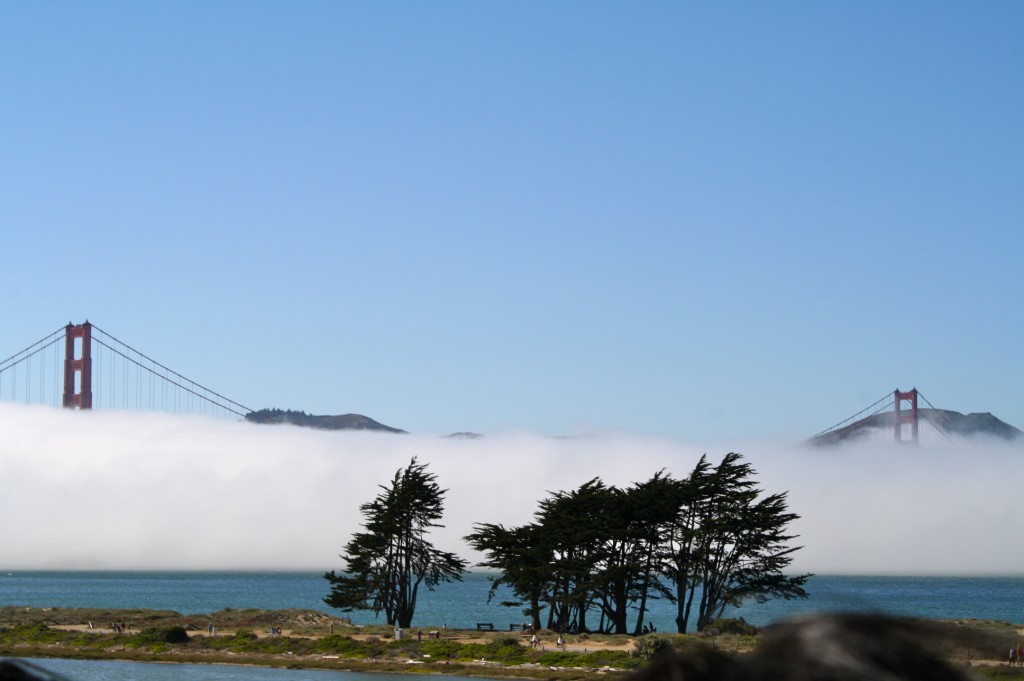 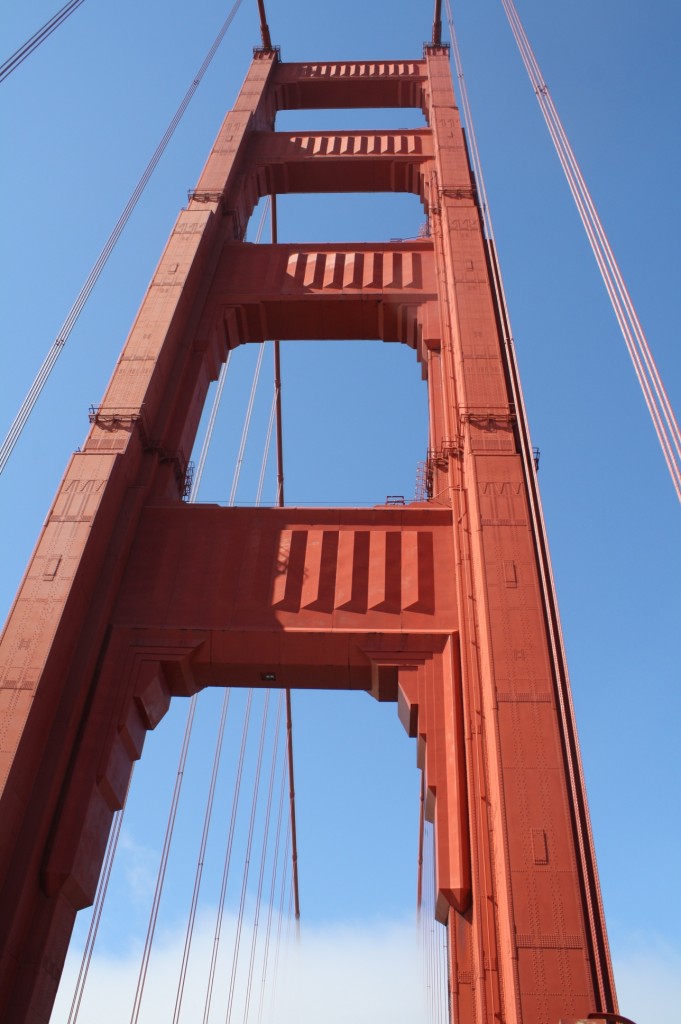 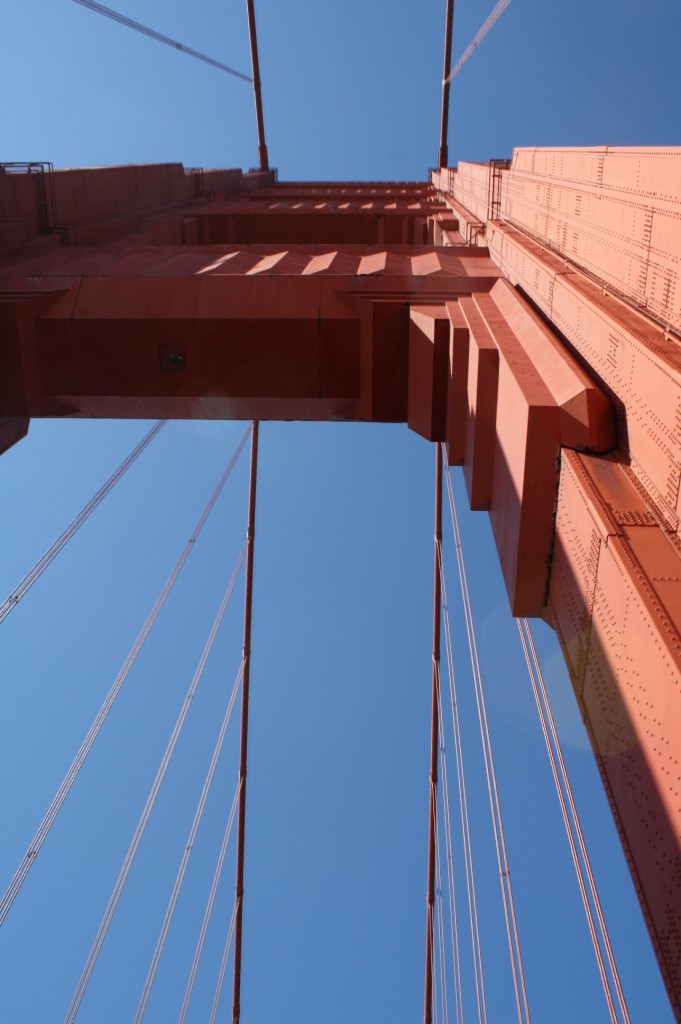 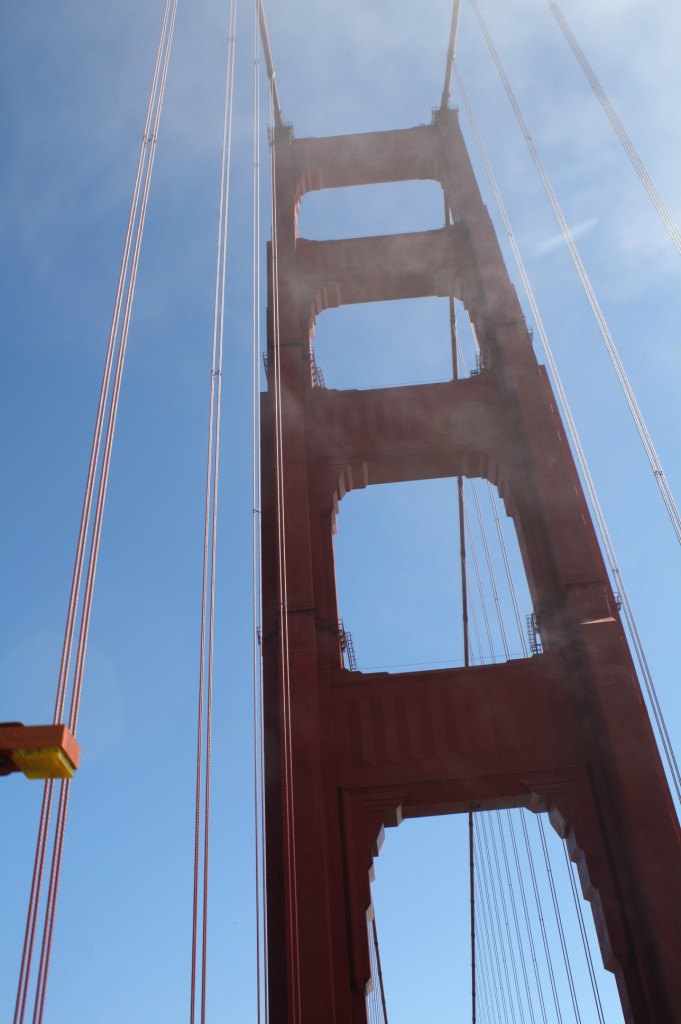 Love all the angles of these…and actually surprised they all came out so well given that I was riding in an OPEN air bus with winds at like 92836 mph! 😉

After we crossed over (the bridge, not the afterlife), we were able to hop off the bus for a few minutes and check out the view: 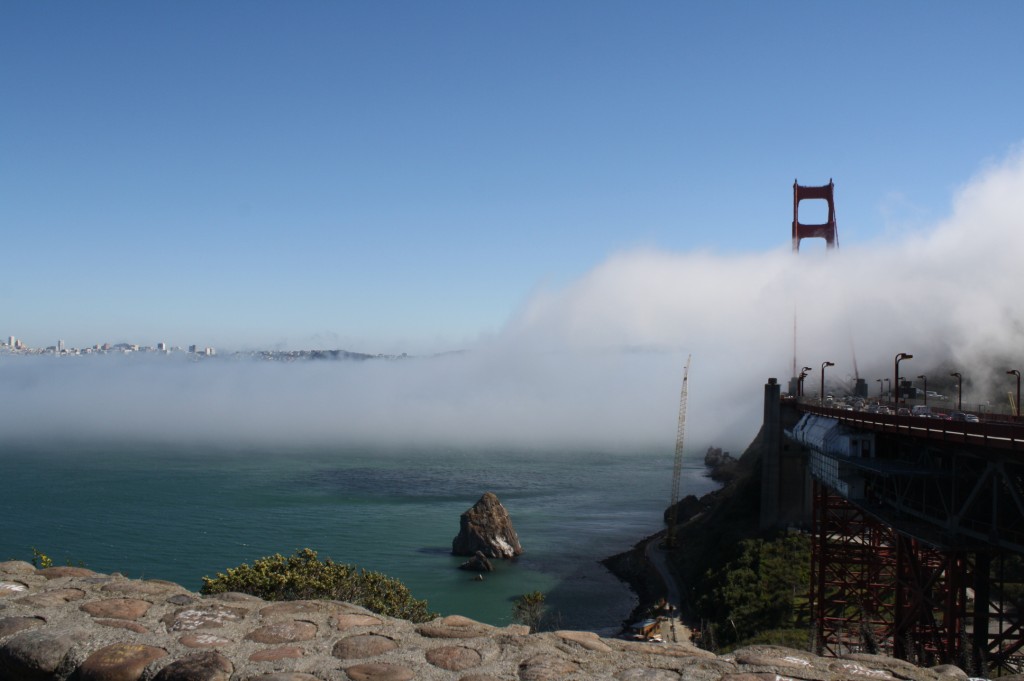 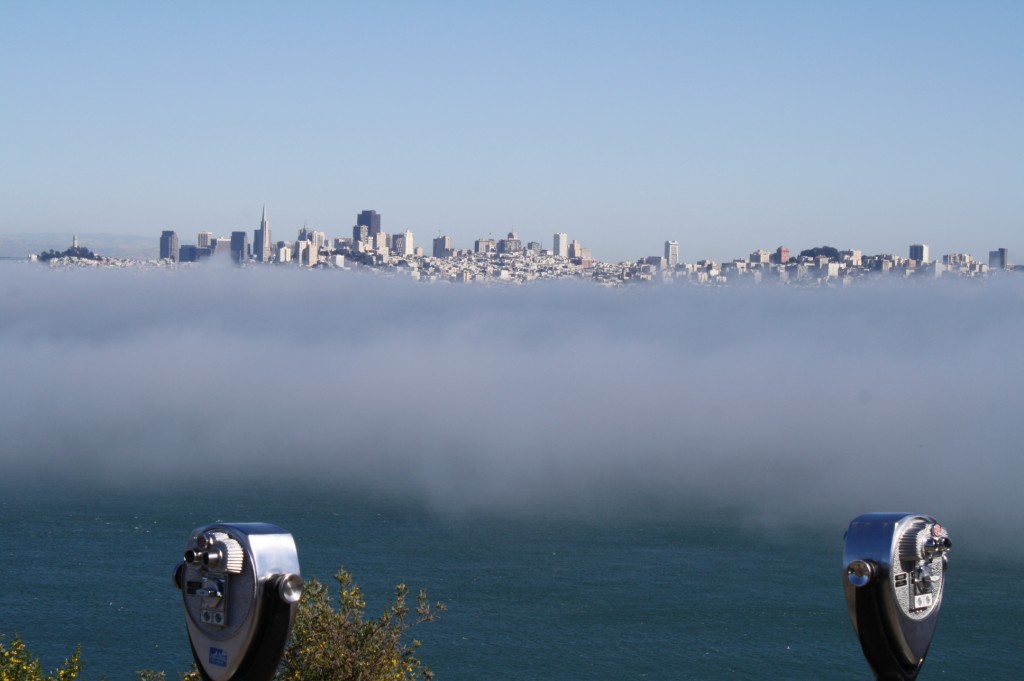 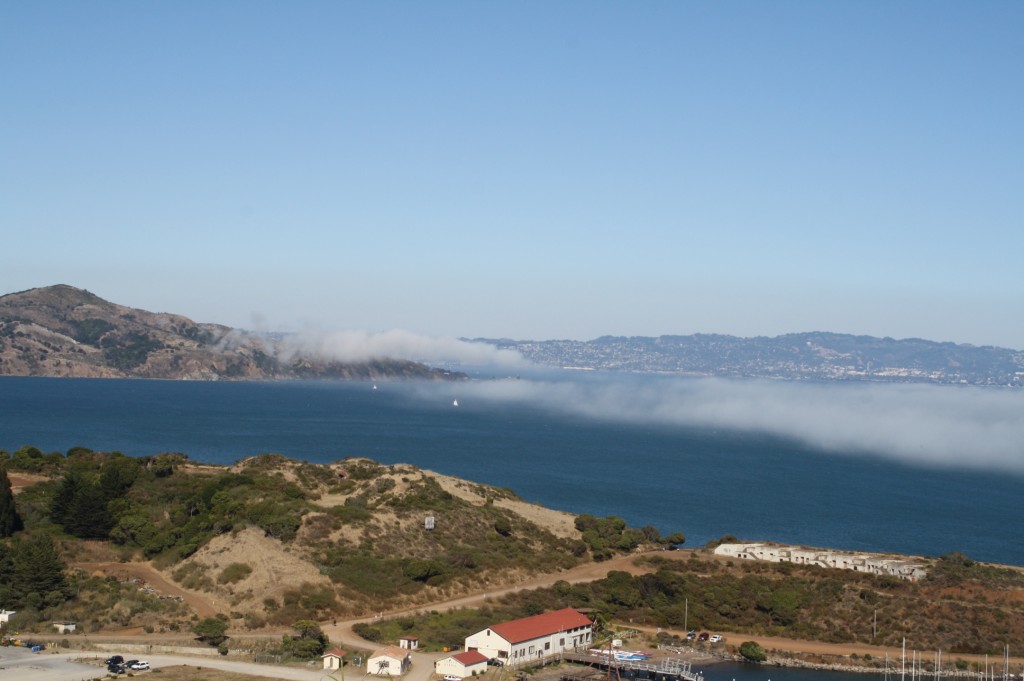 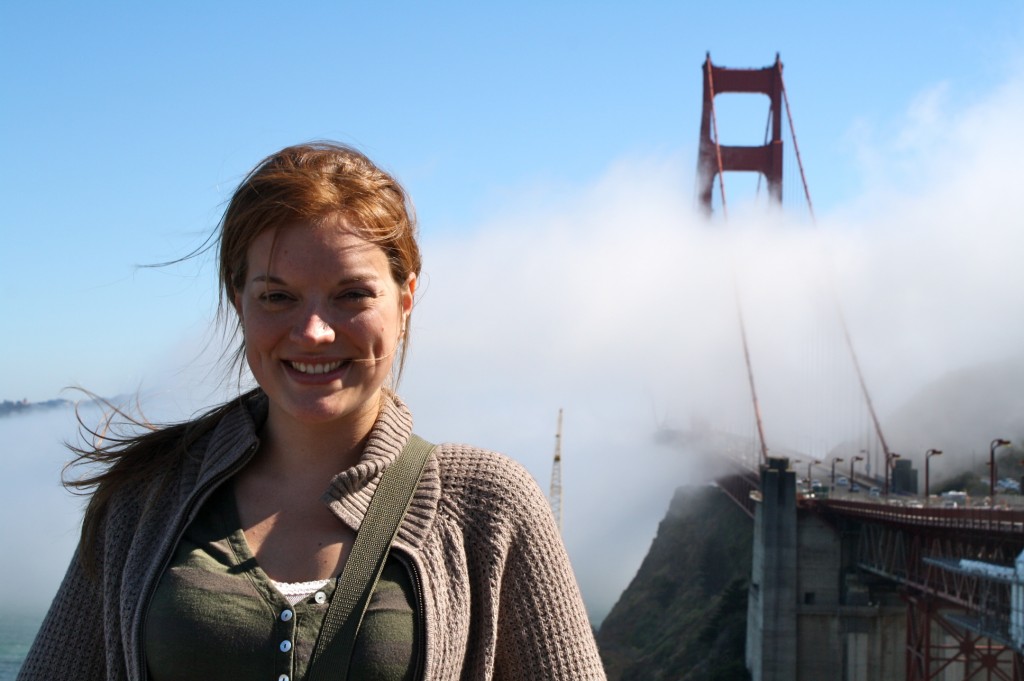 Afterward, it was a nice drive back to the Fisherman’s Wharf where I hit up a few souvenir shops and then had the best dinner of my life…but we’ve already talked about that! 😉

Unfortunately, due to travel time, I didn’t get to see much else in San Fran…I can’t wait to go back someday in the future and devote more time to this beautiful city!

How are you with public transit? Are you a country bumpkin like me who’s totally inexperienced? 😉

What’s the craziest souvenir anyone has ever bought you? 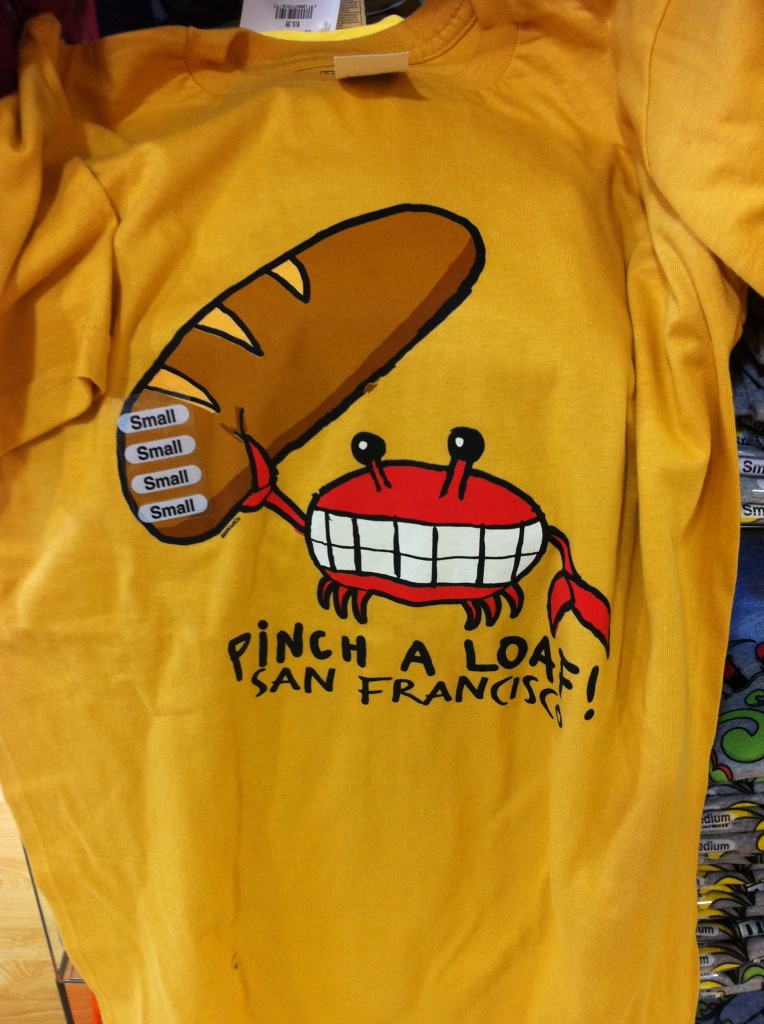 Was it more awesome than this?! Bahahaha!