The Story of How I Became a Kombucha-Brewing Master

Posted on June 4, 2014 by kissmybroccoli

We all have things in life we want to learn…simple things from sewing on a button to more complex activities such as unearthing the mystery of IKEA’s furniture assembly instructions…but no matter the trade, there’s always a fair amount of intimidation in the beginning….the fear of the unknown. That’s exactly how I felt about kombucha-brewing until just a couple of months ago.

I’d been told that home brewing was incredibly easy and how ANYBODY could do it, but,  well I’ve also been told that it’s next to impossible to kill a mint plant…and we all know how that turned out. Honestly, I never really looked into it (probably the same reason I’ve yet to learn anything about canning), but I was always convinced that I’d just mess it up…or worse, make myself sick! 😯 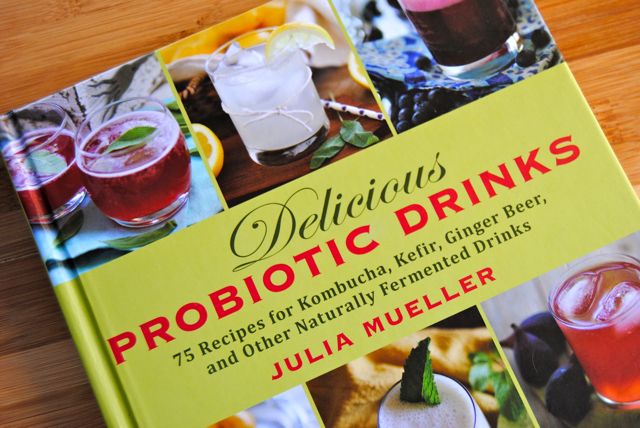 So you can IMAGINE my excitement when Julia, my long-time girl crush, contacted me to see if I’d be interested in reviewing her newest cookbook, Delicious Probiotic Drinks (available on Amazon and at Barnes & Noble), which contains not only well laid out instructions for how to brew your own kombucha, but also a TON of other good-for-your-gut drinks as well! 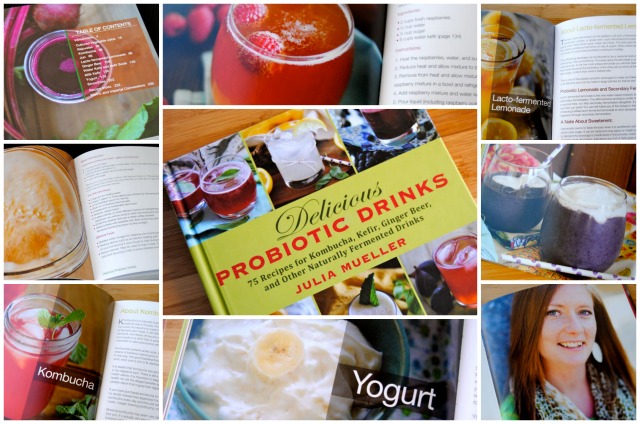 As soon as it arrived, I did what I ALWAYS do with cookbooks: flip through each and every page annnnnd…look at all the pretty pictures, decide I want to make EVERYTHING, overwhelm myself, and put it away. The only thing that was standing between me and the start of my kombucha-brewing greatness was getting my hands on a SCOBY (aka “the mother” as in “the mutha-trucka running this show”…or ya know, a “Symbiotic Colony Of Bacteria and Yeast”). 😉 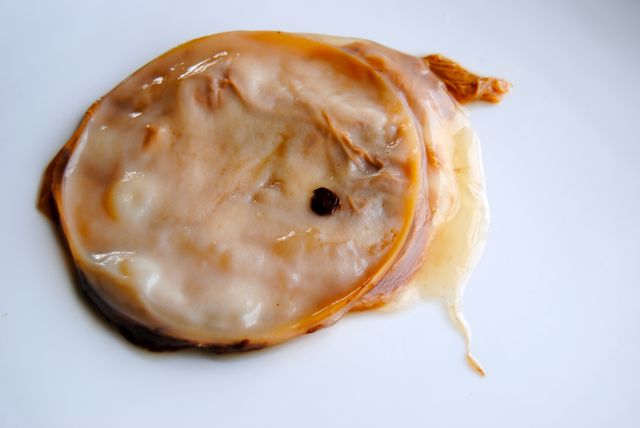 Marilyn in the buff! 😯

There are THREE ways to obtain a SCOBY:
1. Make your own from a bottle of store-bought kombucha.
2. Purchase a dehydrated one online and rehydrate it at home.
3. Beg a friend to have sympathy for your timidity and share hers.

Obviously, since I didn’t even think I could successfully make my FIRST brew, starting from scratch was COMPLETELY out of the question. And well, when it came down to it, I was too worried about “wasting my money” (you know all those dolla dolla bills that I throw wildly in the air each and every time I step foot in a Whole Foods) to buy one online. So there I sat…SCOBY-less.

Until something AMAZING happened…

While catching up with a coworker, she took out a jar of pink-colored liquid and took a sip…just before telling me that it was her latest batch of strawberry kombucha! My look of awe and admiration must’ve been apparent because she then went on to tell me (just like everyone else) that it was SUPER easy and that I should do it too. My slight hesitation was met with an offer to have a SCOBY in my hands by the next day. What?! 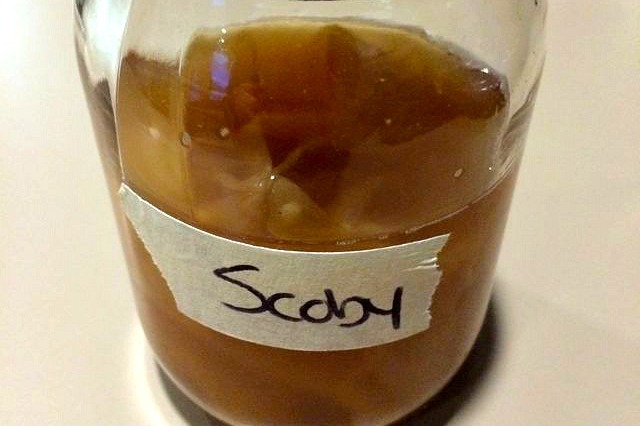 I wept tears of fermented joy.

The next day, the clock started. I knew I didn’t have long. As soon as I was off for the week, I reread each line of Julia’s instructions AND because I’m a visual learner, You-Tubed some videos on home-brewing until I felt like I had psyched myself up. I went to the store to purchase the handful of ingredients I needed and back at the house, I went to work. Excluding the time it took for the tea to come to room temperature, the initial brewing honestly took me about 15 minutes… 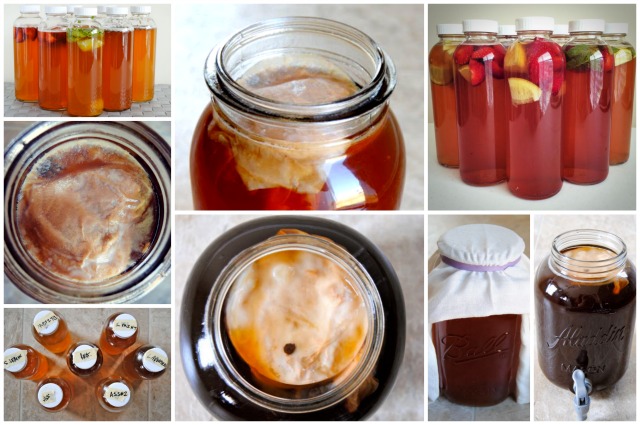 And the rest is history!

As of today, I’m working on my THIRD batch and with each batch I brew, I feel like I’m getting better and better! Most information out there will say that the whole process should take 5-7 days, but it really depends on your personal taste preferences. My first batch was still pretty sweet (my sister thought it tasted like regular tea) so I ended up letting it go almost a whole week more before harvesting, taste-testing along the way until I liked the flavor. And my last batch went 9 days because I got busy. See? No pressure! FYI: The longer it brews, the more sugar “Big Mama SCOBY” eats…so the more acidic/vinegary it will taste. After the week or so, you can harvest the kombucha and put it in the fridge or you can do a secondary (flavoring) fermentation which will only take 2-3 more days. I really like the taste of plain kombucha, but it’s been fun playing around with all sorts of flavors. Just remember to peel those citrus fruits! Lol

So there ya have it folks…how I conquered my fears…an unexpected love story…from zero to Kombucha GODDESS in less than  FIVE WEEKS! 😉 Now that I’m feeling confident, I’m ready to take on the challenge of making more of Julia’s recipes for probiotic drinks…ginger beer, here I come!

Moral of the story: Don’t be a weenie like me.

But wait!! There’s a bonus to the story…an epilogue if you will 😉 Julia is offering one lucky KMB reader a copy of her book for FREE! And there are no crazy hoops to jump through. And? She’ll ship to ANYWHERE IN THE WORLD!!! Are you excited?!

Just leave a comment (any comment!) on this post as your entry! Giveaway will run until FRIDAY the THIRTEENTH of June at 11:59pm CST (ya know, to boost your luck a bit!). In the meantime, check out these posts from Julia for even MORE about kombucha…what it is…why it’s good for you…and some delicious recipes to make at home!

Good luck and may the bacteria be ever in your favor! 😉