Posted on March 5, 2014 by kissmybroccoli

What’s up, my little party animals?

Is everyone recovering well from yesterday’s FAT fest? I’ll be honest, it completely slipped my mind that yesterday was Mardi Gras! I’m not catholic, but in years past, I have participated in Lent just to  challenge myself. Yeah, don’t think I’ll EVER forget the year I gave up nut butter…or the number of spoonfuls of peanut butter I ate straight from the jar come Easter morning! Ha!

Mmm, speaking of peanut butter…let’s get on to the eats…the delicious, yet somewhat random, for today’s What I Ate Wednesday! 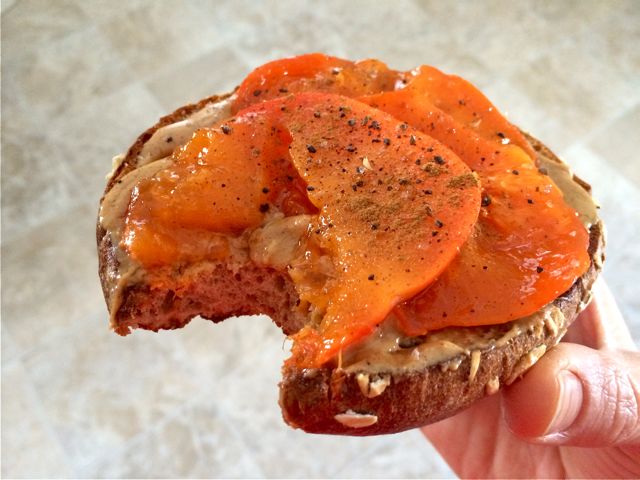 Obviously I started another food phase this weekend, because when I rolled out of bed, all I wanted was another peanut butter bagel! But since I’m out of bananas (I know, Amanda…the insanity!), I plopped on some SUPER ripe persimmon slices and then layered on the TJ’s chocolate coffee “sprinkles”! 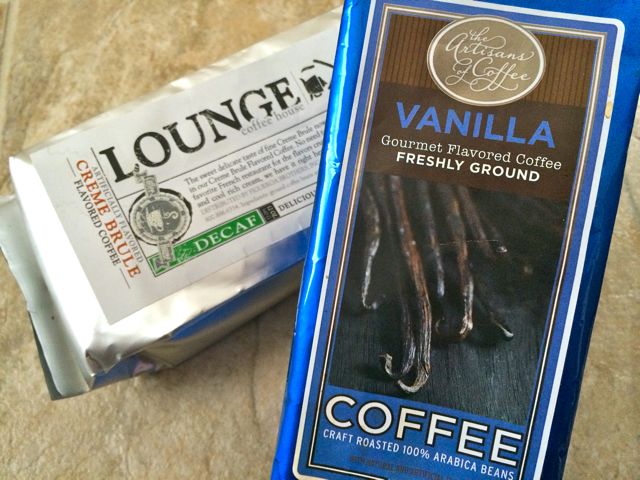 On my way out the door, I brewed up a big cup of vanilla creme bruuuuLAY coffee to have at the start and halfway through my shift for the night. To be honest, neither one of these flavors even comPARES to my vanilla hazelnut, which I’m now maybe kinda sort of hoarding, but well that’s nothing a little cinnamon can’t fix! 😉

As the case has been lately, this day involved yet another snack plate…though this one was assembled AFTER the fact to showcase the items I noshed on over, get this, FOUR HOURS! I know, I’m weird! I would just nibble a bit and then put it away and then nibble a bit and then…yeah, you get the picture…literally! Ha! 😉

Anywho, we have here a whole carrot, stick-ified, half a Pink Lady apple (which I know is a favorite among a lot of you!), about a cup of cold pre-roasted kabocha, and a handful of Stacy’s salty pita chips with some sweeeeet Apricot Riesling Greek cream cheese (a mouthful in more ways that one) for dipping! 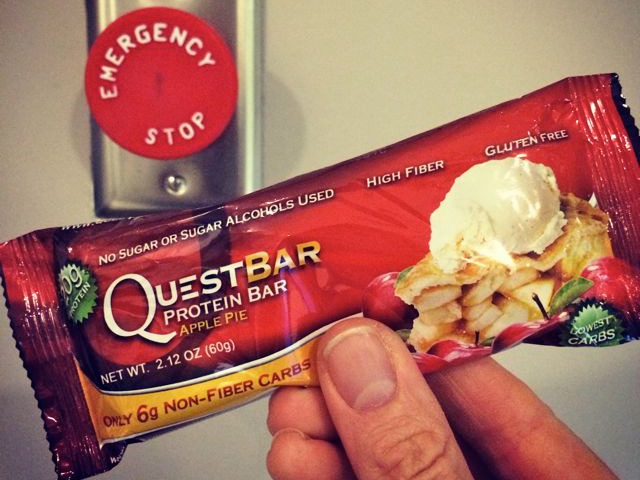 Around 2ish, 3ish or hell, I don’t know, whenever I got hungry, I had the second half of my coffee along with an apple pie Quest bar…another of my TOP favorite flavors!

So true story : In the middle of my shift, I got the HUGEST craving for vegetables…crisp GREEN vegetables. Of course, I had no such animals (don’t even try to understand my brain) with me but I seriously started fantasizing about green smoothies, salads, and you guessed it, a little broccoli kissing (again, don’t even TRY!). Knowing I was lacking in the way of fresh produce at home, I started flipping through ideas of what I DID have that I could make FAST once I got home… 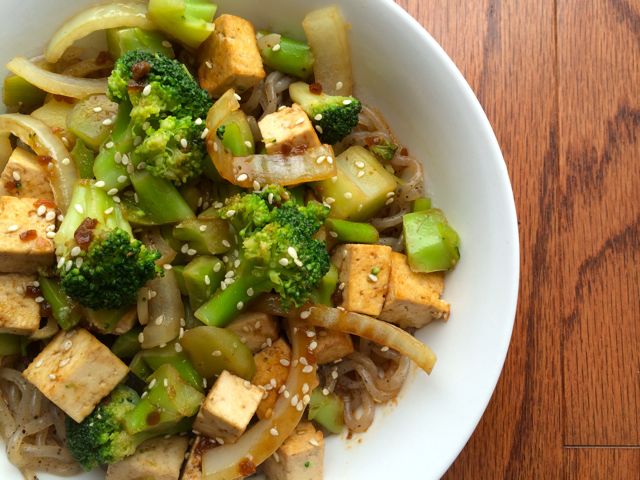 And this broccoli and sesame tofu stir fry was born about 15 minutes after walking through the door! Oh boy let me tell you, it hit THE spot!

All I did was saute some onions and tofu in a bit of toasted sesame oil, tossed in some thawed from frozen broccoli, and stirred it up with some of TJ’s soyaki sauce! Oh and on a whim I decided to pile it all on top of some yam noodles that I’ve had in my fridge for so long I’ve forgotten where they came from…oops?

Also, not one, not two, but THREE liters of water for the day! Guess I’m making up for all the dehydration over the weekend, huh? 😉

And even though we’re in a new month, I’m pretty sure daydreaming about greens warrants the “Love Your Veggies” button, amiright?! 😉 Be sure to hop on over to Peas & Crayons and check out all the other link ups today and I’ll see you back here tomorrow for a bit of randomness!

What food combo are you currently obsessing over?

Are you giving anything up for Lent?

46 Responses to WIAW: The Random Edition