Confessions of an Intuitive Eater

Posted on March 9, 2014 by kissmybroccoli

So, I realized something…

Yesterday marked the ONE YEAR ANNIVERSARY of my knee surgery…but ALSO the first day that I finally let go of calorie counting (and the unrelenting hold it had on my life) and starting my journey toward finding my long-lost intuitive eater. It wasn’t until a few weeks later that I actually went public with it on the blog, but I’m so glad that I did…because even though part of me is amazed that this much time has already passed, the other part knows that there were more than a few moments when I thought of giving up completely. And I’m thankful to have a way to look back on those times whenever times get tough.

Today, I’m not only closer to the person I was years ago…before I ever flipped that first package over in the middle of the grocery store…before I started “researching” (read: obsessing over) ingredients and macros and micros and…before I started experiencing anxiety, guilt, and remorse for eating certain foods. While I do still look at labels from time to time these days, I only do so because I feel it’s important to know what sort of things I’m putting into my body on a regular basis, but thankfully, I no longer have illogical fears and feelings of guilt associated with any random occasion “mystery” foods.

I’ve been thinking a lot about how much I’ve changed recently and I started noting some differences – some things the old me would have DIED before she let happen. Please, allow me to confess my “sins”…

1. I dined at a chain (OMG) restaurant and failed to check the menu online for the lowest calorie/fat/sodium item I could order before going in. 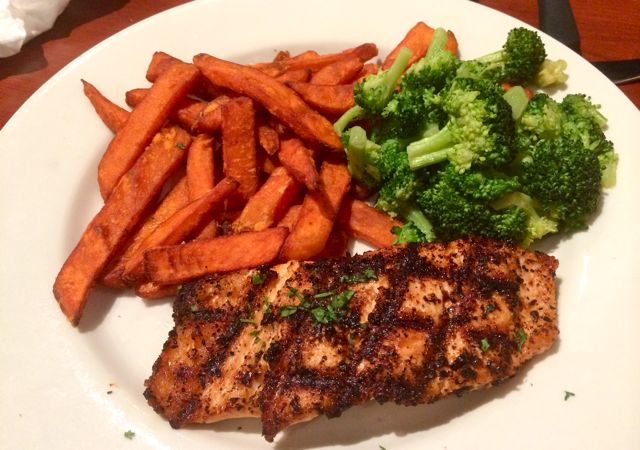 2. I ordered sweet potato fries…as in FRIED POTATOES…as in they used a mother ‘effin DEEP FRYER…with oil of UNKNOWN ORIGIN!! 😯

Along with the buttered roll I had BEFORE my meal, I paired those greasy and deliciously crunchy fries with salmon and steamed broccoli…but not to offset the fries, no, because I wanted them. I ate half the fish and half the fries but all of the broccoli…because it was good. 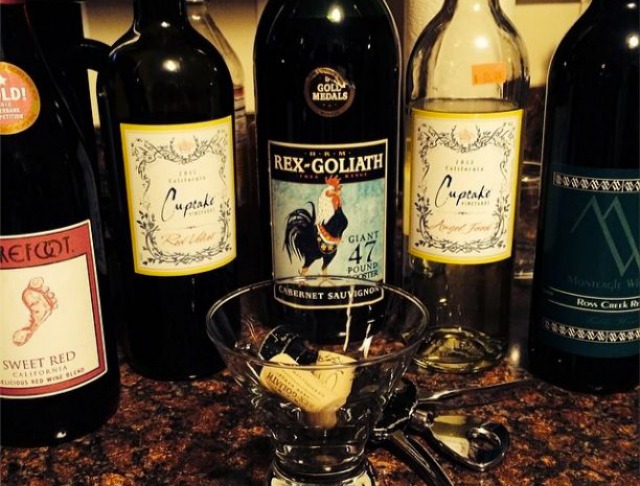 3. I drank an ENTIRE bottle of wine by MYSELF and basically had like three handfuls of popcorn for dinner.

I also woke up with a hangover for the first time in forever (ok, maybe it wasn’t that long ago), but I felt absolutely NO guilt whatsoever. I just woke up the next morning, popped some Aleve, drank water, and sweated my ass off at hot yoga for an hour…BAM, instant detox! 😉 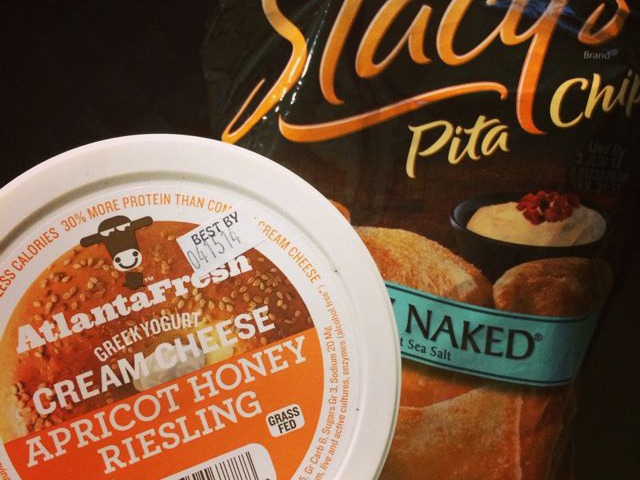 4. I ate straight from a PACKAGE…without PLATING!

5. The other night, I emotionally ate to the point of DISCOMFORT.

6. When I woke up, I did NOT eat breakfast but instead went to the gym.

I also had the best workout of my LIFE and felt 14729 times better afterward. I listened to my body and instead of forcing myself to eat when I didn’t want to, I took some antacids to sooth my stomach and then went to the gym because I knew it would make me feel better. I did NOT have a balls-to-the wall sort of workout, but I did go up in  weight for my squats! 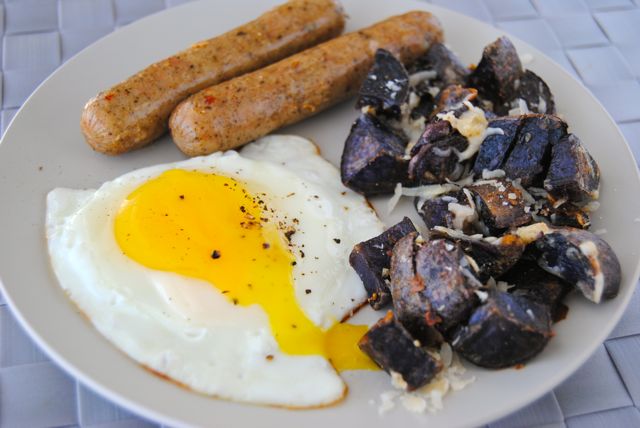 I also only know that from looking at the time stamp on the picture. I also know by the following picture that… 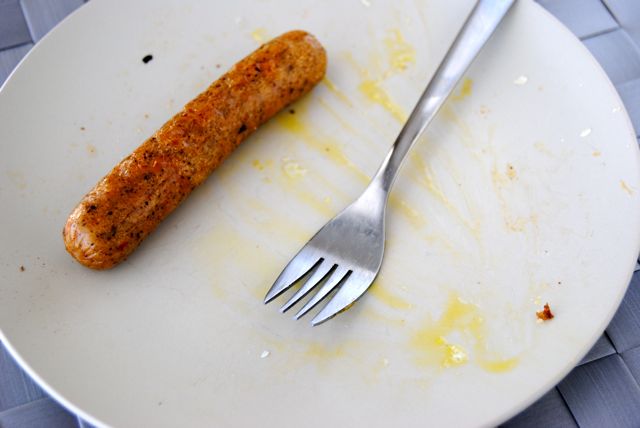 8. It took me a total of FOUR minutes to “clean” my plate.

But the point is that I ate when I was hungry and I ate until I was full and I didn’t sit there and beat myself up over it. And the fact that the healing power of yolkporn lives ON! 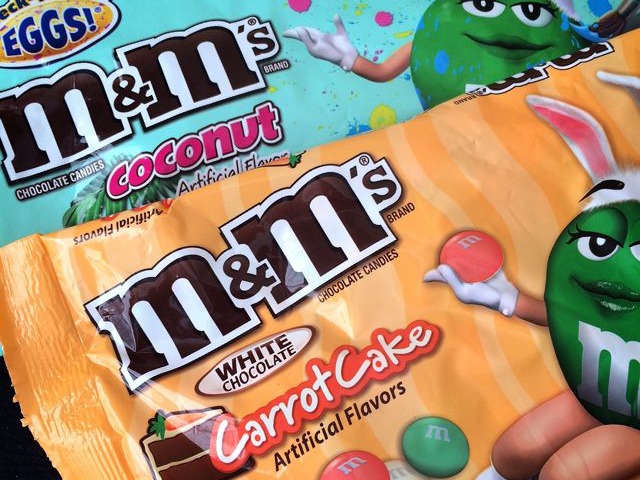 I seriously can’t even tell you HOW many years I’ve been trying to convince myself that I don’t like candy! Let it be known though that for those many years, I’ve also put Reese’s cups on a bit of a pedestal…only to discover in the last few months that…I don’t actually like them anymore. But really, when it comes down to it, I’d rather just have a
SUPER THICK slice of pizza!

But my biggest confession?

Like seriously. I just…don’t…care! I used to think about food ALL the freaking time! Planning what my next meal would be before I even finished the one I was eating. I would fantasize about food, I would be scared to death to put myself in any situation where I could possibly be without food for more than an hour. I was obsessed. And I barely had time to think about anything else. 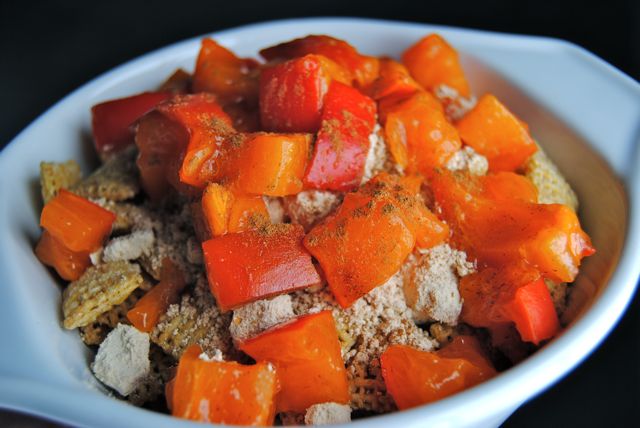 Now it might hurt the blog a bit to see a decline in recipes lately, but honestly, I don’t care about that either. I love you guys and I love sharing recipes, but I love myself MORE! And right now? Well, I don’t really see the snack plates and cereal bowls going anywhere…except down my gullet!

So that got a little wordier than I intended, BUT yeah, I’m glad we had this talk. Please don’t hold this crappy sign off against me. I typed up this post earlier, but as of now, I just got off work and have officially been awake for TWENTY FOUR hours so umm, g’night!

Wait, OTHER way around! 😉

78 Responses to Confessions of an Intuitive Eater