I think we all learned our lesson last week…Thursdays and intros do not mix!
So instead of taking up 75 words to ask you how the weather’s been which leads to me salivating over imaginary handfuls of buttered popcorn jelly beans, how about we just get to the thinking…

1. Ok, so I have to ask…is anyone else stuck in some sort of alternate winter-is--never-ending universe?? Because after this past weekend of 70F(21C) and 80F(27C) degree days, I had to scrape ICE off my mother-freaking windshield when I left work on Tuesday…what the hell?!

2. I think I need to carry myself to the candy store in the mall to help perk my spirits up a bit…because obviously that is the ONLY way Heather will be enjoying the flavor of deliciously buttered popcorn! #fail

3. And speaking of fail…remember those kiddie cereals I just could NOT resist when I spotted a sale back in January? Well, I Cracked into the C is for Cereal box yesterday, ready for some banana-flavored crunchy goodness…. 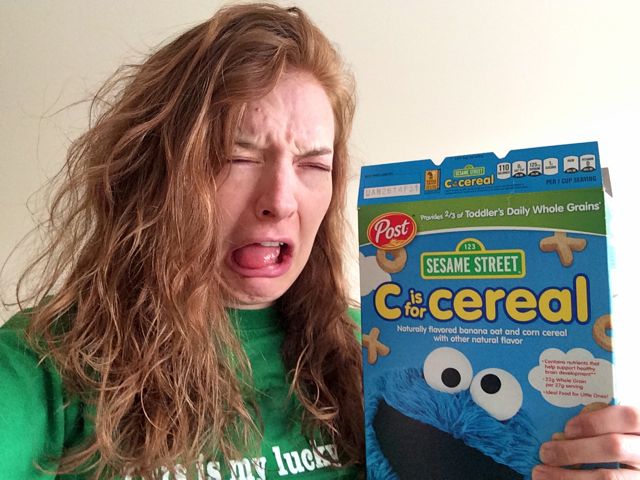 Banana? Where?! Because all I tasted was stale cardboard ass-ness…assuming boxes had asses, I’m most definitely sure that this is what they would taste like. Good thing it was only a buck fifty since the entire box went in the TRASH!

4. Luckily I cured my craving for banana with a new favorite snack…banana chips! I accidentally grabbed UNsweetened banana chips at the farmer’s market in ATL and upon first taste, thought about tossing them since they tasted like styrofoam, but then Sarah saved the day by posting this recipe…which I had EVERY intention of making…until I started dipping the little bastards in peanut butter and ending up eating the entire two bags in two days! Oops?

5. You know what’s a good meal to get you back on track after you clog up your system with peanut butter coated styrofoam? EGGS! 😀 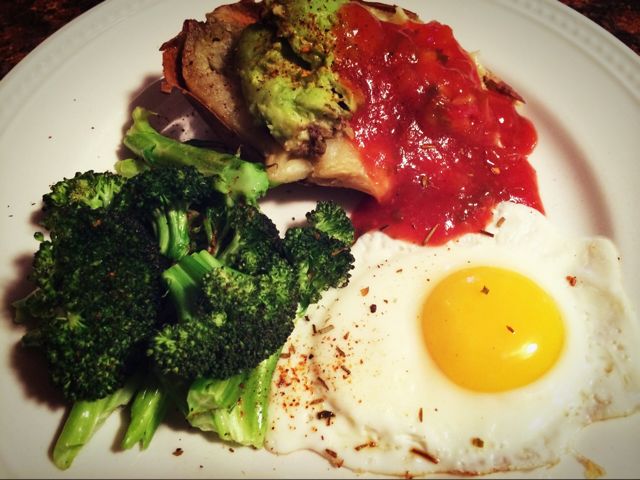 6. AND white sweet potatoes topped with avocado and peach salsa and and AND a side of roasted broccoli…aka, my NEW FAVORITE DINNER! I seriously ate this two days in a row and if I wasn’t out of sweet potatoes, I’d have gone for three…especially since post pic, all that stuff got mixed together into the most amazing sweet and savory don’t-even-ask-me-what-this-looks-like-on-my-plate goodness! 😉

7. Oh and a word on those words I talked about putting together…you know to form a post…about my time on the cleanse…yeah, obviously that didn’t happen this week, but I DO still plan on writing something…especially since a few of you showed some interest. Bear with me!

8. Maybe you’ve noticed that I haven’t been posting as often? Well, I didn’t want to officially “announce” it on the blog, but I’m experimenting a bit with some of the (self-created) stressors in my life. I actually thought about taking this month off from blogging, but I figured if I just scaled back some (3 days a week instead of 4-5), I could find a better balance between life and blogging…and maybe get rid of this damn writer’s block! 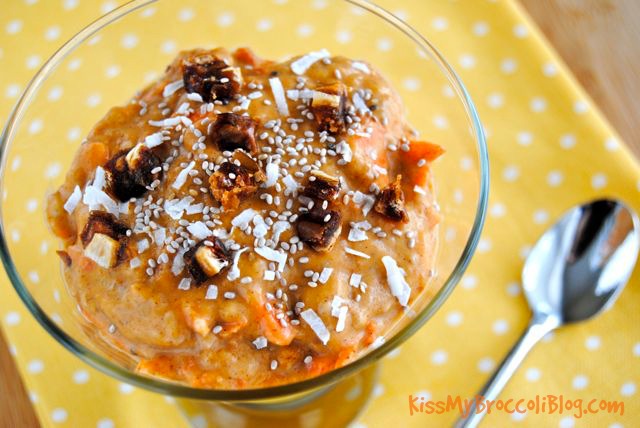 9. Which I think may be already working! When I sat down to type up yesterday’s post, my fingers could barely keep up with my mind and I basically had the entire thing written in less than an hour…UNHEARD of for me! I’d like to think I was powered by chia! 😆

10. So I titled this post after I realized I was throwing around my signature sailor language quite a bit. Then I realized I couldn’t pass up an opportunity to share some music…’cause well, you guys know how I like to FUCKING sing!

Truth be told this video kinda makes me dizzy, but it’s really cute!

Big thanks to Amanda for giving me an excuse to throw word vomit all over the blog on a weekly basis! Be sure to head on over to Spoons and check out all the other bits of randomness today!

What fails have you had recently?
Bonus points if you dish out some sailor language…or if that’s not your thing, just
talk to me in Pirate!