The Trials & Errors of Intuitive Eating

Posted on April 3, 2013 by kissmybroccoli

So seriously, you all are the BEST EVER! It’s taken me over THREE days to read all the comments on my “coming out” posts and I just have to say your support, empathy, and commiseration regarding my struggle with calorie counting and my commitment to intuitive eating has meant the WORLD to me!

Before typing those posts, I was SO nervous about being judged…afraid that I would be thought of as a fraud in respect to my relationship/approach to food…ashamed to admit that I had let the numbers on a nutrition label dictate so much of my life. Now I see that not only did I have nothing to worry about, but I’m not as alone as I thought I was. And it has thrilled me to NO END that so many of you are interested in hearing more about my journey in intuitive eating!

I’ve mentioned how the last few weeks have been a bit of trial and error so I thought
I’d use today to share a few pictures to explain what I mean.

And well, since I’m about to throw a whole lotta food your way… 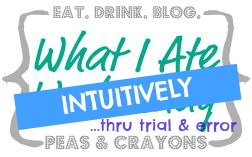 Why not hand out a few noise makers, hang up some streamers,
and call it a party?!

Be sure to hop on over to Peas & Crayons, thank our gracious hostess, and then crash a few other foodie parties while you’re over there! 😉 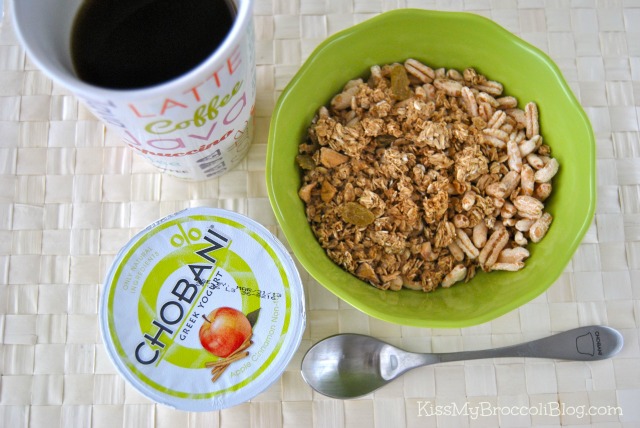 First up we have a beautiful Cho-nochromed breakfast!

I hadn’t had an apple Chobani in MONTHS…after I started getting more strict on my macros, it was hard to find “room” for a yogurt with added sugar…especially since I love to pair them with crunchy (and sweetened) cereal.

So yeah, I was set! I had my yogurt, some apple granola mixed with puffed kamut, a side of coffee…all things were a go!

The yogurt was sooooooooooo sweet! It literally felt like I had just popped a handful of sugar cubes in my mouth! So, I made a quick swap… 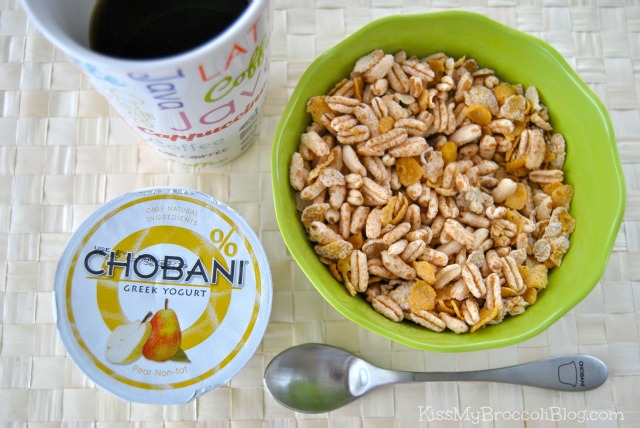 I also made a cereal switch…because for some reason I thought it was wrong to have interfruitial activities going on so early in the morning! 😉

Funny, the pear has the SAME amount of sugar, but the apple seems so much sweeter to me…and I it USED to be one of my favorite flavors! 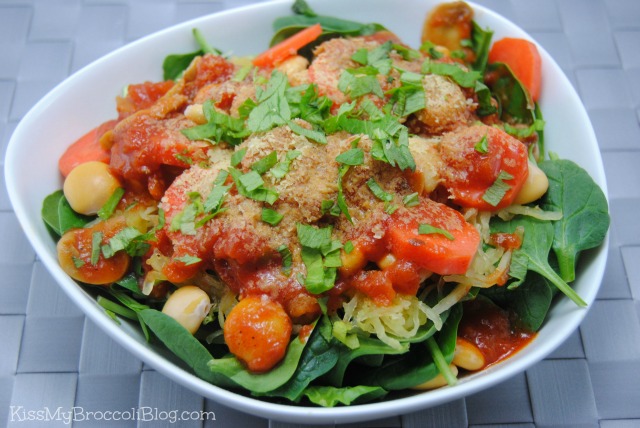 Next up, a marinar-astic lunch!

It was so unbelievably salty! The only reason I was able to finish it was because I went through and fished out all the beans (and drank a crap-ton of water). I was SO excited when I found these at the Atlanta farmer’s market…they were FULL of protein, low in fat, and the sodium content was something I felt was low enough to be “worthy” of a
meal of mine.

After I finished my plate, I tossed the entire jar of beans in the trash! 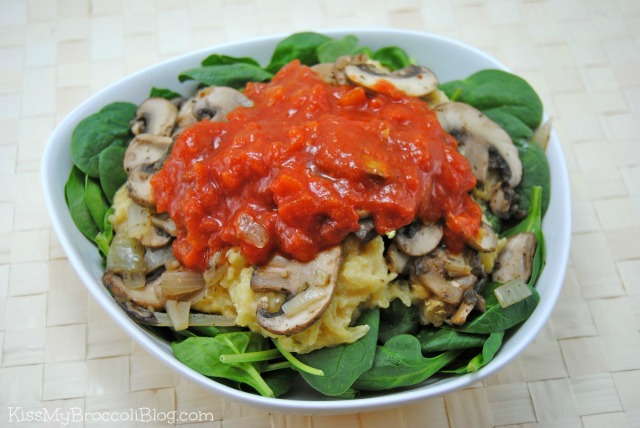 A few days later, I made the same thing with a few alterations…spaghetti squash mixed with hummus and nutritional yeast topped with sautéed FRESH mushrooms and onions.

Not only did it make for a gorgeous photo, but it was absolute
foodie HEAVEN!! 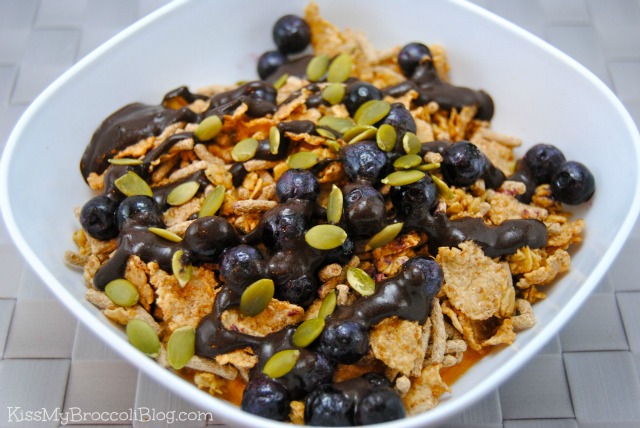 And last but not least a pumpkin-ified dinner!

Not sure what happened here…too much pumpkin or just too much “roughage” in general, but after this bowl that was only sort of enjoyable, I had the WORST stomach pains for the rest of the night! So again, I was…

I thought for sure I’d have to swear off my precious pumpkin from here on out…omg, shoot me for even muttering such words! :O 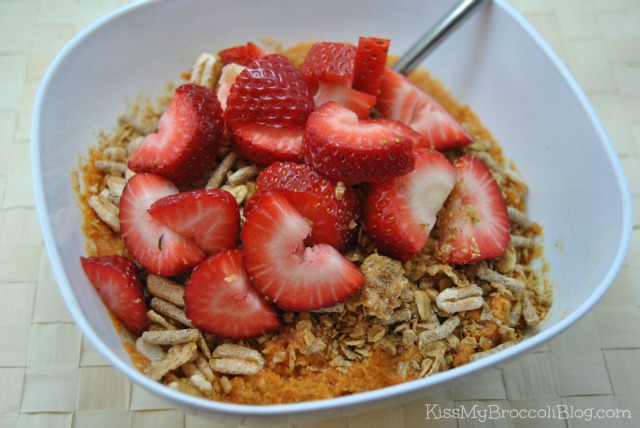 Luckily, a few days later, I got brave enough to try again…this time with strawberries and a cereal with  a little less “oomph” to it. 😉

And I was PERFECTLY satisfied!

I guess it just goes to show you that a nutrition label doesn’t tell all. Sometimes, no matter the number, a certain thing might just not be right for YOU and the only way to know for sure is to try. Not every meal is going to be out of this world amazing. Sometimes it takes a bit of trial and error (read: guessing) to figure out the flavors/combos you are truly craving, but honestly, that should only help you to appreciate those moments where you DO get it right!

What’s the last flavor/combo craving you got wrong?

What’s the last flavor/combo craving you got RIGHT?

73 Responses to The Trials & Errors of Intuitive Eating