WIAW: Saved By The {Quest} Bar!

Posted on November 20, 2013 by kissmybroccoli

Before we get to partying it up, I wanted to share a few thoughts. I actually wasn’t going to share this day of eats because, after last week, I didn’t want you guys thinking all I eat are bars, BUT since I’m staying true to my word and going UNplanned with the WIAW posts from now on, I thought who cares! You know what, sometimes Quest bars happen! Honestly, if it wasn’t for these super filling protein packed bars, my life would be a lot more stressful. Seriously, how am I’m NOT an affiliate for them!? 😉

Ok, onto some eats already! 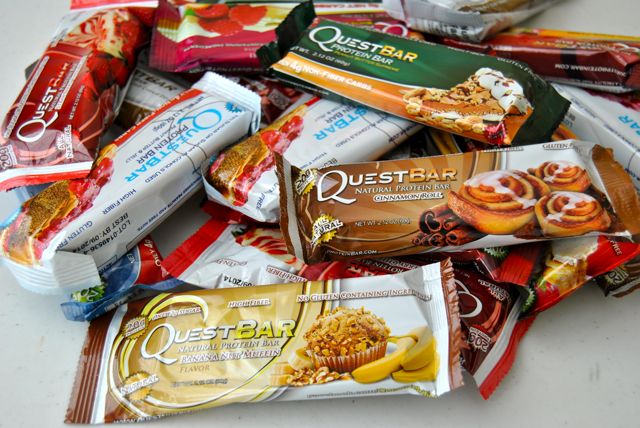 There were three days last week where I woke up in the middle of the night with my stomach growling and Friday was one of them. While I think I’ve got my last meal of the day better balanced now to keep me full throughout the night, I was grateful to have a stash of Quest bars in the pantry to save me from having to wake up and make something to eat.

Unfortunately on this particular day, my post Quest bar slumber was no more than an hour or so. At 5am I gave up and started my day with my morning cocktail… 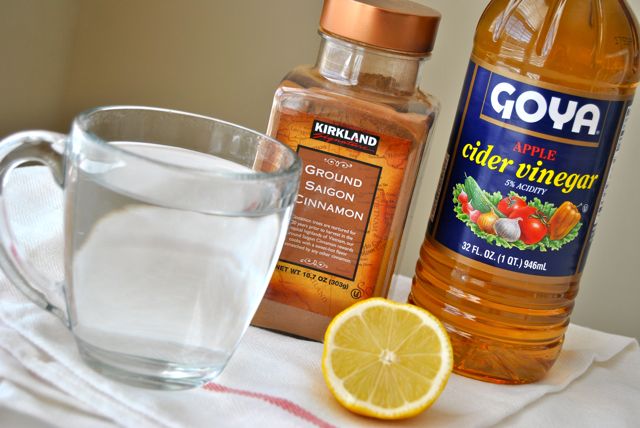 I promise not all of the pics today will be recycled ones from last week! 😉

Then it was off to the gym! 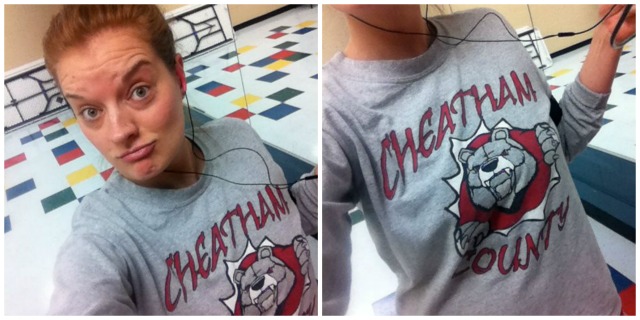 Where I had one of the best LEG workouts I’ve had in a while!

I’d like to think my high school mascot, Cubby, was rooting me on while I did my modified squats, lunges, and leg raises. Gotta whip this knee into SHAPE!

After a good 45 minute (or so…I have no idea since I don’t HAVE to know all the numbers anymore…woot woot!) workout, I was back home and ready for breakfast! 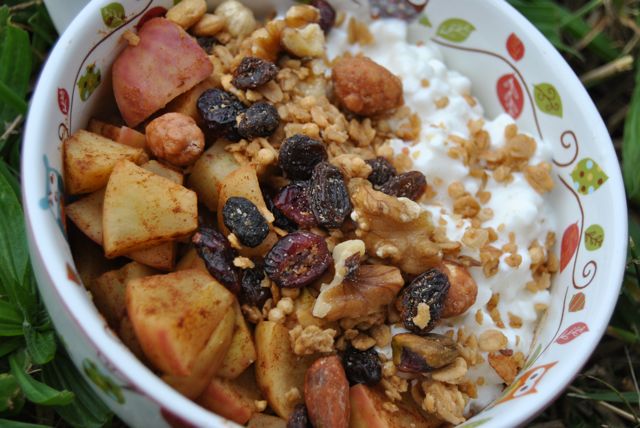 Ummm, how am I just now discovering the deliciousness of Saigon cinnamon?! 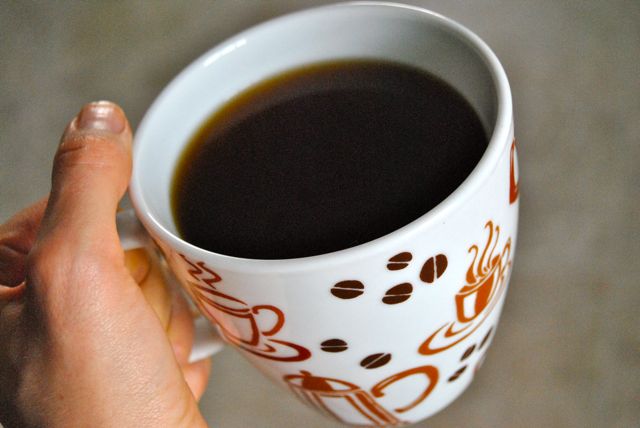 To balance out my cold breakfast, I had not one, but TWO cups of coffee (one half caff, one DECAF) which helped to power me through some errand running. I ended up having to swing by work for something and once I smelled that they had just cranked up our handy-dandy movie theater-style popcorn popper, I couldn’t resist… 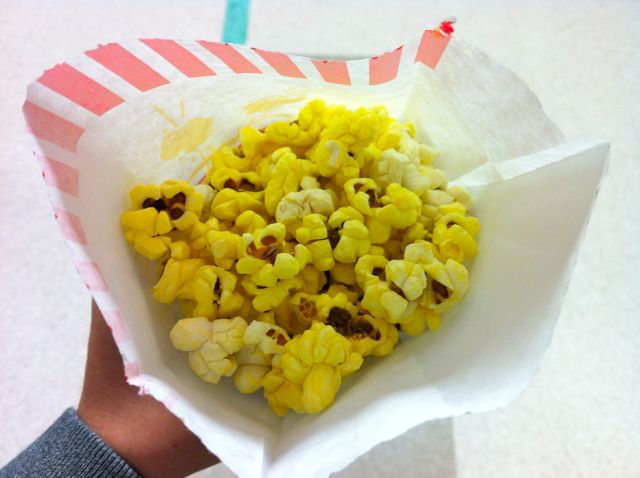 I’m actually glad I grabbed it because after a “quick run” to TJ Maxx turned into over an hour of frolicking around and buying ALL THE THINGS, I was famished by the time I got back to my car!

Go in for shampoo and conditioner, come out with shampoo, two conditioners, three pairs of leggings, four packs of ginger chews, and ♫ FIVE GOLDEN RINNNNNNGS! ♫

Back at the house, it was all about food, FAST, in the face NOW! 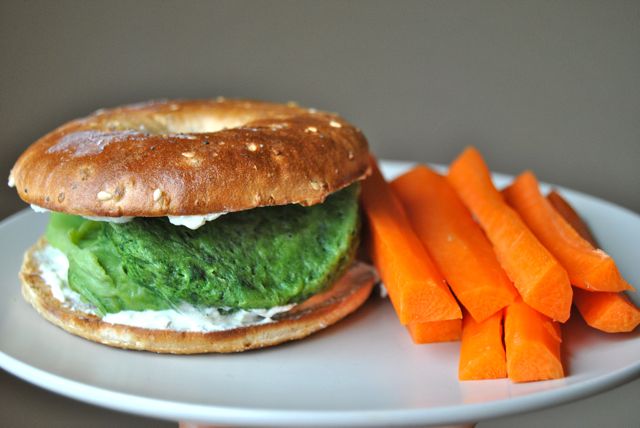 Enter an everything bagel thin with Greek herb and garlic cheese spread (still obsessed) and a micro-spinach egg puff thingy…side of carrot sticks. 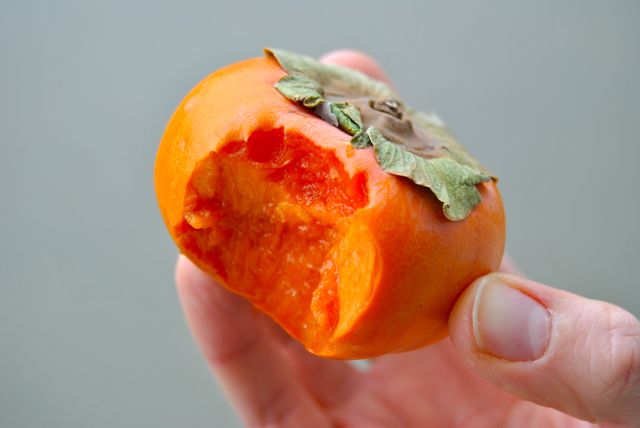 The most perfect-est fruit in all the land! AKA: a persimmon. 😉

Later that night, I made the trek to the man-friend’s place. I say trek because I forgot that a certain suit and tie was in town for a concert…therefore DOUBLING the amount of time it takes to get anywhere in Nashville!

Needless to say, when I FINALLY got to his door, I was ready for some grub! Luckily, Calypso Cafe is right down the road and thoughts of their incredibly delicious greens made me start drooling. Since I’ve only been once before, I decided to order something a little different… 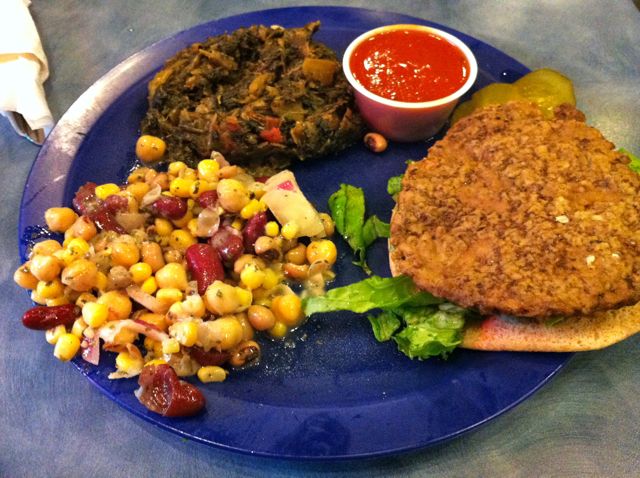 I decided to go with the Island Burger (first burger in MONTHS…I was so excited!) with a side of mustard greens (had to) and some bean and corn salad in lieu of chips.

Well, I guess when they say “island burger” they mean a slab of meat that washed up on the shore and laid out in the sun all day because that was the driest, nastiest burger I’ve ever tasted! What the FRENCH, toast? I could have ordered something else, but I actually found my sides to be pretty filling so I just made do. Oh and I of course had to ninja two bites of the man-friend’s nachos… 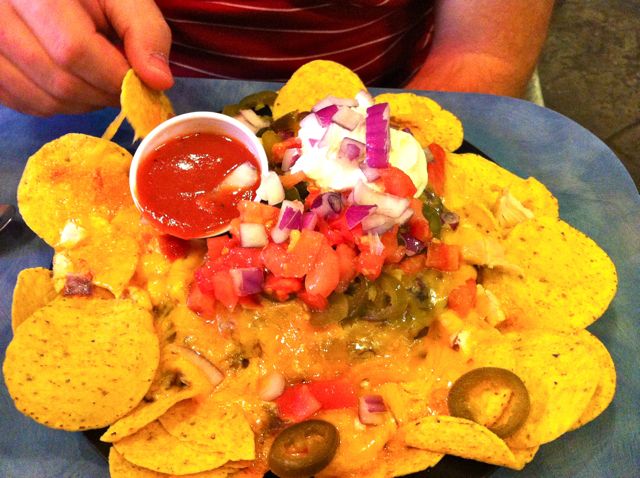 Hard to tell from the pic, but there’s actually black beans and chicken under all that glorious melty cheese!

Then it was time for me to drool over some ONE else! 😉

And I guess luscious locks and chiseled abs tend to distract me in more ways than one because once we got back home (at nearly 11pm), all of a sudden I felt like I could gnaw my own arm off! The man-friend, armed for such Hangry Heather moments, quickly tossed me a mandarin…like literally TOSSED ME A MANDARIN! 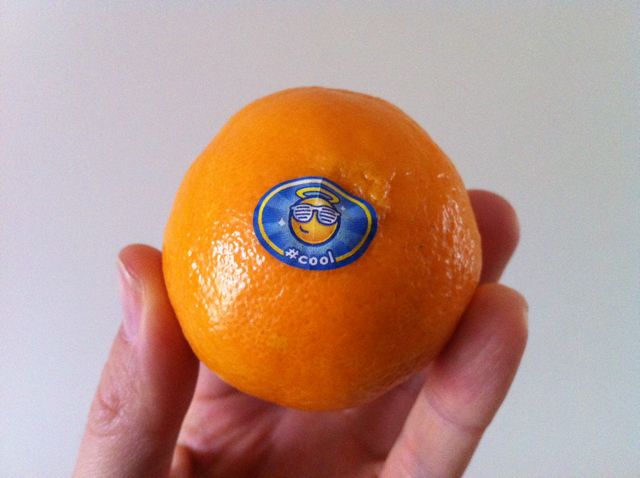 After it hit me in the head and bounced to the floor (kidding), I picked it up and inhaled it in 2 seconds (give or take). But as cool as that little cutie was, I knew it wasn’t going to hold me over long. It was late. There was no time. Face-plant was inevitable.

I had to call for reinforcements…

Well except for the weird citrus-induced dreams…but that’s a story for another day!

Now scoot! Off to Peas & Crayons you go! You’ve got links to drool over…and I’ve got a Quest bar stash that needs replenishing! 😉

Does your significant other abuse you with flying fruit?

Do you ever wake up in the middle of the night hungry? What do you do?

55 Responses to WIAW: Saved By The {Quest} Bar!